Porto opened in Chicago in December 2019 and in April 2021 earned its first MICHELIN Star—no small feat during a brutal year and a half for the restaurant industry. The Bucktown restaurant is seriously striking, intensely dedicated, and supremely delicious. This is a passion project from Chef Marcos Campos and owner Daniel Alejandro Alonso—both of whom are champions of La Brújula, the noted conserva company. A legitimate spectrum of colors, hand-painted ceramics, intricately carved chandeliers, and metallic accents are just a few of the design flourishes of this dreamy dining room.

In partnership with Starward Whisky, chef Campos and bar director Jesse Filkins put together a veritable feast, pairing two Stardward Whisky cocktails with the transportive Atlantic cuisine of Portuguese and Spain cuisine for which Porto is lauded. 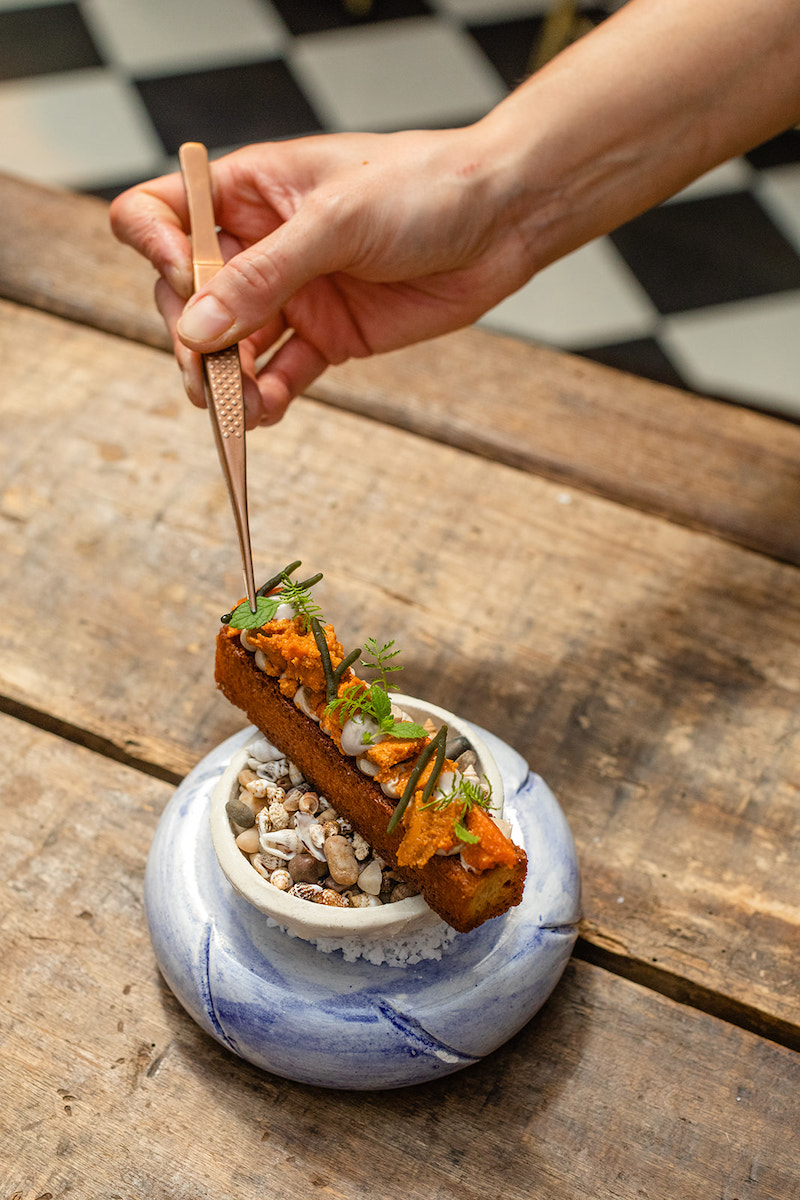 Chef Campos says, “The dish is built on toasted brioche with smoked butter. On top smoked cauliflower cream with Sao Jorge cheese from the Açores Islands of Portugal. We add lemon gel with Galician fresh nori which brings in some freshness & brightness to the dish. It's finished with La Brújula Galician Uni Conserva and fresh Codium seaweed.” Photo by Katie Raymond 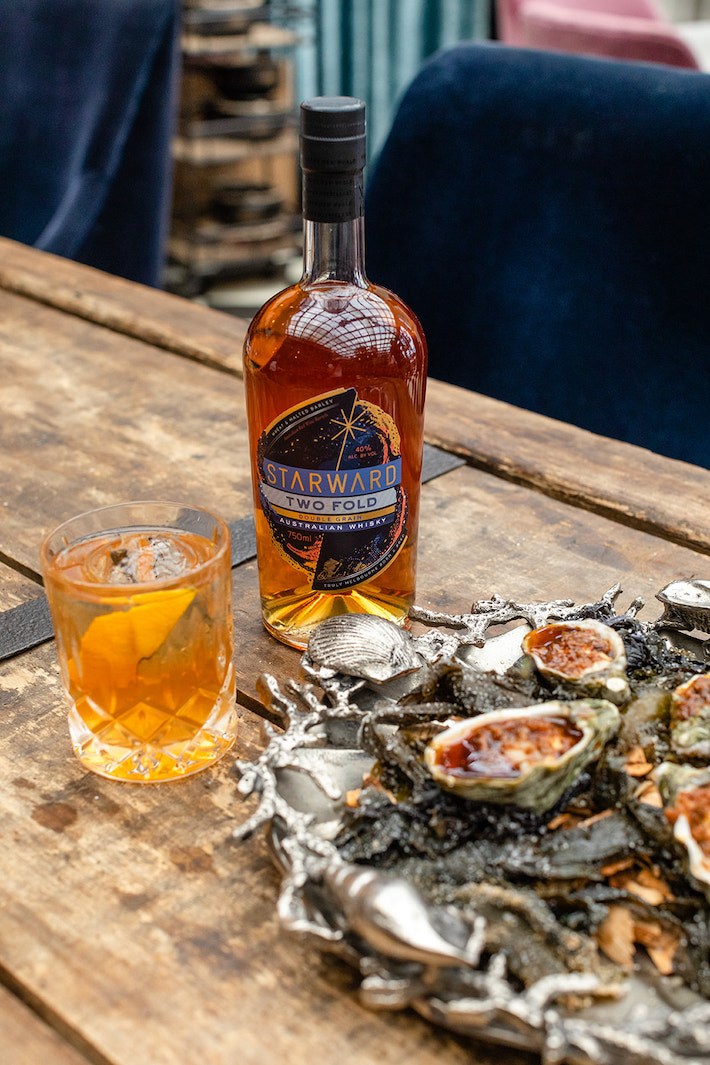 “The bar menu at Porto is a really unique and fun way of drinking cocktails. We have a lot of ingredients that we use from the kitchen. One of my favorite cocktails that we do here is the Crepusculo; we infuse honey with seaweed and squid ink. It goes very well with some of the dishes we're making here. Starward fits in the bar program of Porto because of the complexity and the passion they put in the products, aging their whiskey in red wine barrels. That's something unique.” 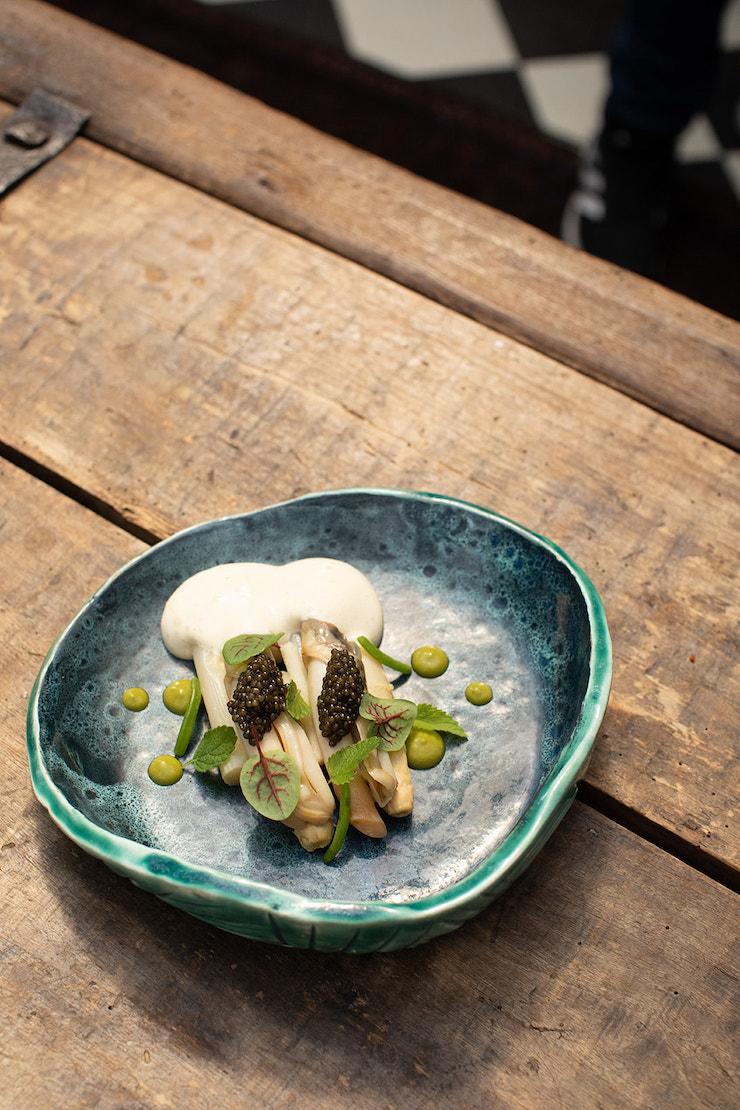 “This dish speaks to how we use natural salinity and brines from preserved ingredients to create a new combination of flavors while still respecting the artisan work behind them. As the most important preserved ingredient in the dish, we use the Galician razor clams, which come from la Ría de Muros e Noia, a unique place where the highest quality of shellfish grow and are harvested and processed by hand using sea water from Galicia.” Photo by Katie Raymond

Presented in partnership with Starward