The headquarters of Oktoberfest are in Munich, where the notoriously rowdy folk festival has run every year since 1810. Originally a celebration for the Bavarian Prince Ludwig’s marriage to Princess Therese von Sachsen-Hildburghausen, the roughly two-week event has since replaced most of its regal formality with an unrelenting spirit of fun.

Characterized by heavy beer drinking, traditional (and flattering) Bavarian costumes like lederhosen and dirndls as well as huge merry crowds, Oktoberfest has foreseeably spread beyond Germany to engage the entire world’s attention. During this time, even ordinarily German-unassociated restaurants and bars fire up their pretzel makers to join in the fun.

In Chicago, sip beer in a historical church and listen to ‘80s cover bands at St. Alphonsus Church’s 18th annual Oktoberfest party. Bring your own stein to Burnt City Brewing (bar and 8-lane bowling alley) and they’ll fill it up with Oktoberfest Märzen for just $6 a glass. 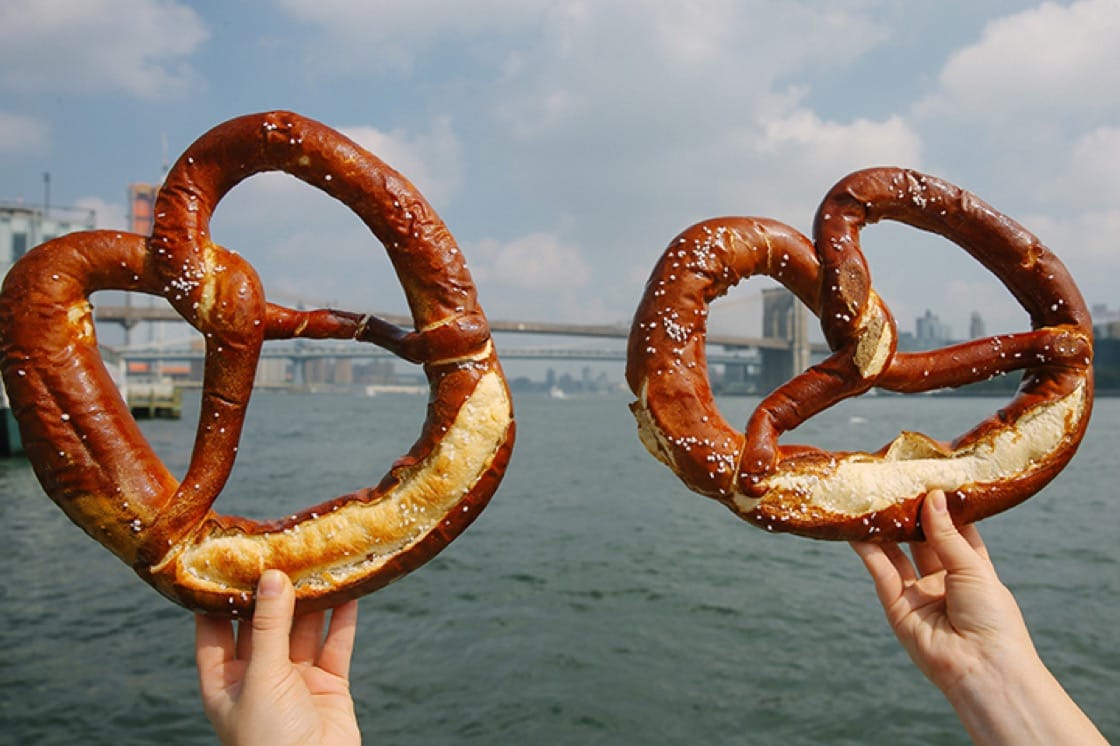 In San Francisco, Bavarian-inspired beer hall Schroeder’s is hosting a block party on September 21, featuring live music and a costume contest. For those drawn to late-night bonfire options, Ocean Beach-facing mainstay Park Chalet will host an Oktoberfest-themed garden party on October 13. And for those who prefer to head out of town, try an Oktoberfest Cooking Class in Campbell on September 18, where you’ll learn how to make egg noodle spätzle and braised meat and vegetables German-style, and perfect the technicalities of pretzel twisting. If you miss that class, there’s another in Emeryville on October 28 with German chef Carl Peschlow.

In Washington, D.C., join a day of “monstrous merriment” at the annual Oktoberfest festival Snallygaster, where over 300 ales and lagers will be showcases alongside food vendors and live entertainment. Hone your stein hoisting skills at the Biergarden House every Thursday beginning September 21 and running through October 12. For those looking to head out of town, try the annual Oktoberfest in Lovettsville, known as “the German Settlement” before being established by Virginia’s General Assembly in 1836.

In New York City, celebrate Oktoberfest at Watermark on Pier 15 (free admission) and at beer houses across the city, some of which (like Hofbräu Bierhaus in Midtown Manhattan) have direct ties to organizers back home. For a private setting, the bar at the NoMad is transforming itself into a German Beer Hall from September 22 to October 7.

Something cool is coming to The NoMad Bar in NYC- we are doing Oktoberfest! We’ll be transforming the bar into our riff on a German Beer Hall from September 22- October 7, serving a three course menu upstairs with drinks and snacks downstairs. Think schnitzel, sausages, pretzels, and plenty of beer... So excited to show you what we’ve been working on. Reservations available on @resy. #makeitnice

On the second floor of the NoMad Bar, groups can sit for a three-course meal that starts with beets and bratwurst and ends with beer-battered apples and vanilla ice cream for $58 per person. For a less formal option, guests can hold court on the first floor and order beer by the glass or pint to pair alongside schnitzel, sausages and pretzels.

For the more historically-inclined, explore New York’s oldest German taverns, like Heidelberg on the Upper East Side (open since 1936) or Killmeyer’s Old Bavaria Inn on Staten Island (open since 1859).

For New Yorkers who prefer to head out of town, venues in the area are also pulling out their Oktoberfest-swag. The Adirondack Brewery near Lake George will have live music, microbrew tastings and German food all day on October 14 (with all-inclusive tickets for $35). Up in scenic Bear Mountain, folks will celebrate with beer, food and live entertainment.

Oans, zwoa, drei, g’suffa! Wherever you are, be sure to raise a glass and enjoy the holiday.