You've been cooking at home for the last 12 months. Take a night off by ordering your Passover meal for pick-up or delivery. We’ve rounded up restaurants in New York, Chicago, Washington, DC, and Los Angeles whose Passover packages include all the classics—think matzah ball soup, pastrami, and cheese blintzes—leaving you plenty of time to hide the afikoman.

Eleven City Diner
Chicago, IL
You've got a few a la carte options at Eleven City Diner, modern revival of the classic Jewish deli. The brisket dinner ($23.5pp) includes brisket, red round potatoes and julienned carrots and chopped parsley to garnish. There's also bubbie's chicken soup (64oz, serves 4), a clear broth to which you can add noodle and fluffy matzoh balls the size of a baseball. On the side are whipped sweet potatoes, the secret recipe of owner Brad Rubin's mom, Roz, who adds a tiny pinch of citrus (which fruit they won't say) and sweet matzoh kugel with green granny smith apples, raisins, and brown sugar. Rubin says that though lox and bagels are not traditional for Passover, they get a lot of guests who order this package, ideal if you're hosting guests. 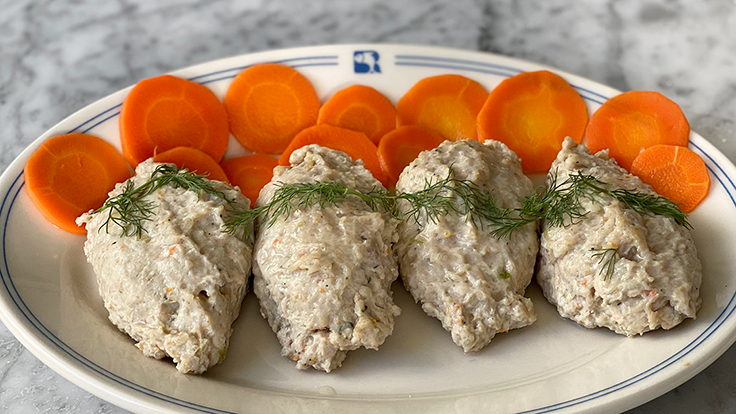 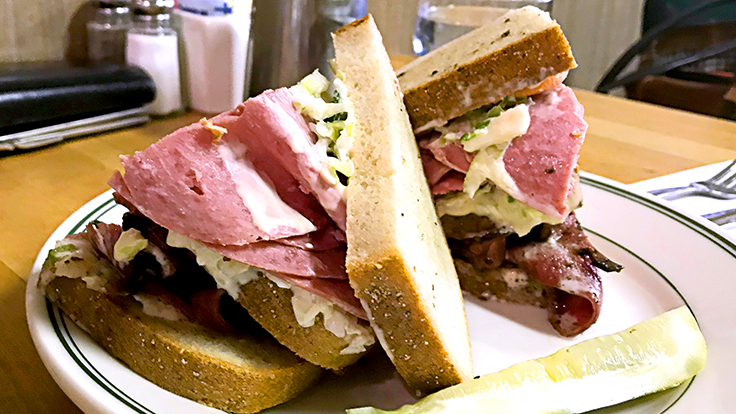 Barney Greengrass
New York, NY
What’s not to love about this old-school delicatessen? Legions of customers flock here—and have been for a century. Barney Greengrass is an institution, complete with the requisite Formica-clad counters and beloved-but-blunt servers. They have three items on their Passover menu—gefilte fish, horseradish, and matzo ball soup—plus the whitefish salad, borscht, latkes, and smoked meats and fish on their regular menu. 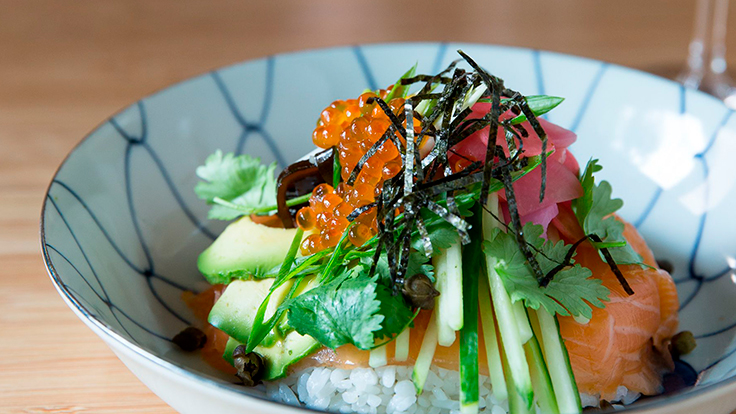 Shalom Japan
Brooklyn, NY
This inspired little South Williamsburg spot finds its culinary niche in mixing Japanese and Ashkenazi Jewish fare. Not all the dishes are a fusion of the two styles, but many—like the matzoh ball ramen or the terrific lox bowl stuffed with avocado, Japanese pickles and sushi rice—cleverly straddle both cuisines. For Passover, eat in or order house-made matzoh, charoset, beet horseradish, gefilte-fish takoyaki, and flourless chocolate cake. 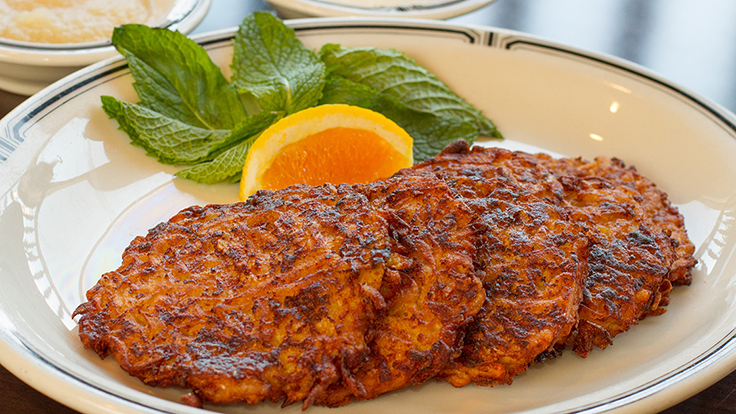 Langer's
Los Angeles, CA
Pico Blvd. is lined with Jewish delis, but stray from the pack and make a beeline to MacArthur Park and Langer’s, which has been ladling matzoh ball soup since 1947. You can put together a Passover spread from the menu here, though note that this is not kosher for Passover. Feast on deli platters—tuna salad, chicken salad, pastrami, corned beef—potato pancakes, and soups like chicken or cabbage. The full menu is available for delivery or pick-up. 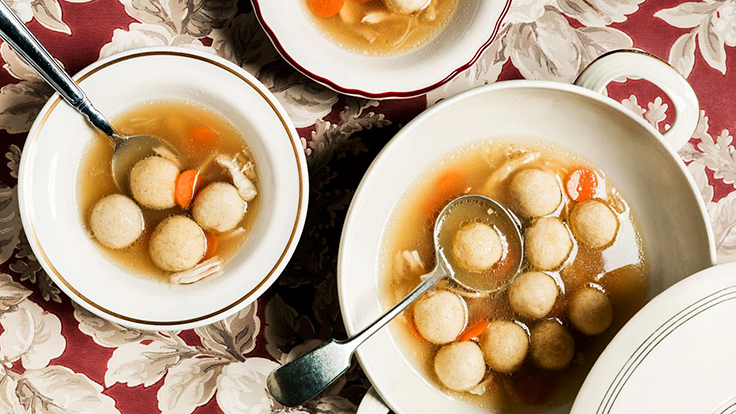 Freedman's
Los Angeles, CA
This is a Jewish deli with an old soul, and its Passover package is part of a revolving dinner series that "explores the rich culinary traditions of the Jewish Diaspora." Order your Passover meal for pickup or delivery (note that some time slots are already sold out) and you'll be eating glazed brisket, roasted chicken, or whole roasted branzino, waffle latkes, matzoh ball soup, matzoh (with house butter and charoset), a green salad, spinach and artichoke matzoh kugel and, if you've any stomach space, flourless chocolate cake from Proof Bakery in Atwater Village. 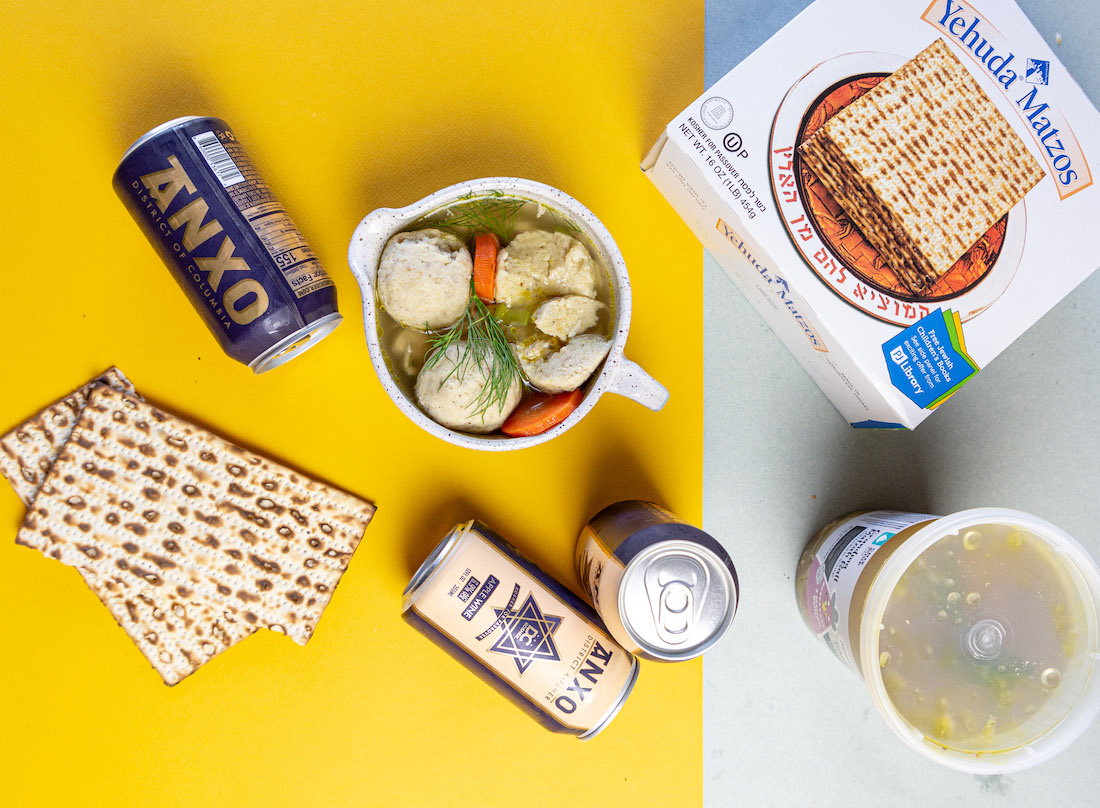 Anxo
Washington, DC
Anxo looks and feels as if the Spanish countryside has taken up residence in DC. It's all about cider—house-made, plus varieties from England and Spain—small plates, and a casual stand-and-snack vibe.Downstairs, the bar and wood casks lend a fun, traditional flair, while upstairs has an industrial-meets-rustic appearance. For Passover, they've partnered with DC-area soup delivery service Prescription Chicken for a package ($36) of Rx Chicken matzoh ball soup, Rx chicken matzoh toffee, a box of everything-spiced matzoh from Matzo Project and, to toast with, four cans of ANXO District kosher dry cider.