"Did you know this place is a rebel stronghold?" asks Catherine Gourmet, her eyes sparkling in the dim light of Domaine de Rombeau's softly lit dining room.

Looking around the room, with its rustic whitewashed walls and vaulted ceilings ribbed with exposed wooden beams, you wouldn't think the people eating wood-grilled steaks and drinking glasses of wine were political dissidents. A furtive glance at the tables nearby doesn't reveal anybody overtly planning to overthrow the government. This isn't particularly surprising: Roussillon is a politically stable and beautiful region of southern France, where the food and wine are strongly influenced by both local custom and unique terroir and microclimates.

Gourmet and her mentor, winemaker Fernand Baixas, point to the walls above us, where plainly visible is the phrase, "Article 4: les Catalan ont le droit de vivre et de travailler en terre Catalane en décidant eux-mêmes," which per Gourmet translates to: "Article 4: the Catalan people have the right to live and to work in the land of Catalonia, deciding for themselves."

This attitude is strong in Roussillon, just as it is in Spain. Most people know Catalonia as a region of Spain and home of the seaside city of Barcelona. Nearly a thousand years ago, though, Catalonia also extended into what is now southern France, as part of the Kingdom of Aragon. Aragon persists today as a region of Spain, and as in Roussillon and Catalonia, parts of the region speak Catalan. Roussillon has only been a part of France since the 1700s, and in both France and Spain, Catalan culture persists. 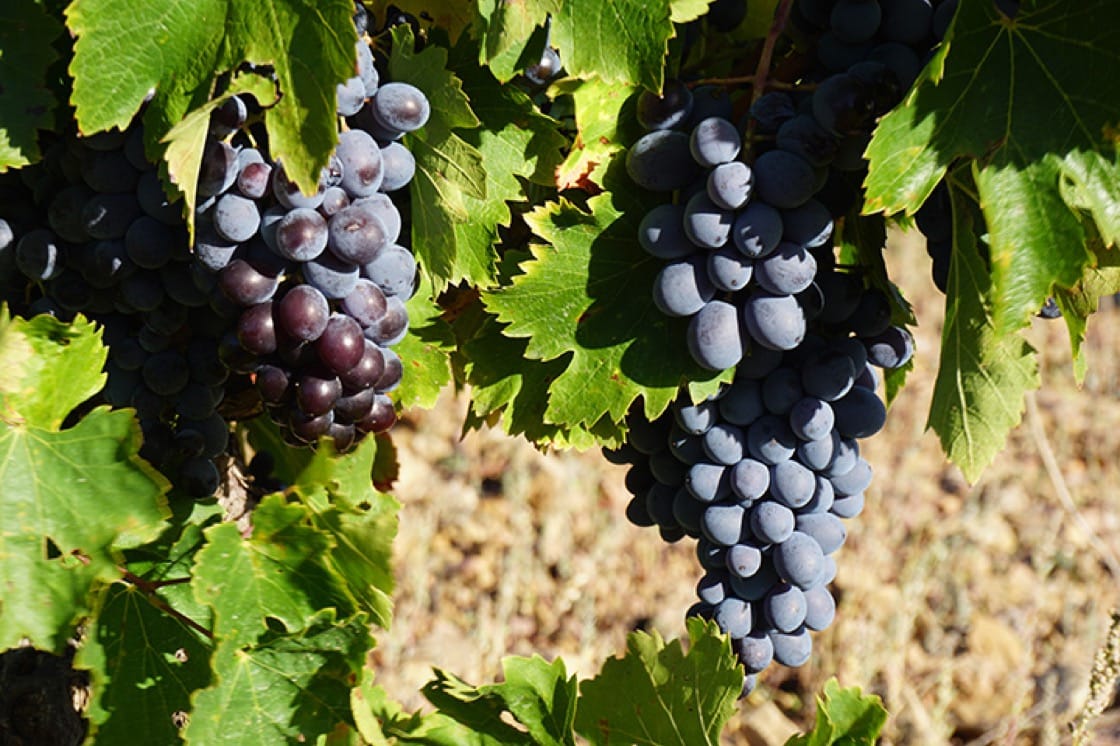 Terroir is a major factor in the cuisines of both France and Spain, particularly true in the northern and southern regions of each, respectively. Present-day Catalonia's climate is dry and arid while Roussillon is more verdant, but both have microclimates that impact the growth and flavor of agricultural products, and this is particularly true of wine. Vineyards on the coast of Roussillon are built on terraced hills and are in the kingdom of the tramontane, a Mediterranean wind that cools down vines and helps impart flavors of salinity. Even though vineyards throughout Roussillon (and Catalonia) grow the same grape varietals more or less, climate and terroir make an enormous difference in the end products.

Both Catalonia and Roussillon are the ancestral home of the grape varietal Grenache. This grape grows as either red (noir), white (blanc) or grey (gris) and is expressed in a number of ways, from table wines to fortified wines. In Roussillon this takes the form of Banyuls (AOC), an aperitif or dessert wine made by wineries like Domaine de la Rectorie, and Maury (AOC), which is more like Port.

Many wineries in these areas have existed in one form or another for decades, if not centuries. (French winery Mas Amiel traces its history back 200 years.) So when wineries claim that their vines are "old growth" it isn't an exaggeration. Spanish wine cooperatives like Bodegas San Valero and Grandes Vinos produce wines from vines that are as young as 15 to 25 years old and up to 75 or 80 years old. It's remarkable when you consider that the soil—heavily laden with limestone, slate and schist, a type of flaky rock with significant mineral content—seems like a farmer's nightmare, rocky and uninhabitable.

Eric Aracil, the deputy director and export manager for the Conseil Interprofessionnel des Vins du Roussillon (CIVR), is not just a native Catalan and lifelong resident of Roussillon, but a professional exporter of his culture. According to Aracil, Catalan food shows a conflux of influence. "We have for sure some traditional recipes from Catalonia but also sometimes a mix of Catalan, French and Spanish." He also points out that food traditions are rich because the region is not culturally isolated. "Thanks to the influence from North Africa, . . . from Italy, from everywhere, we have something amazing." 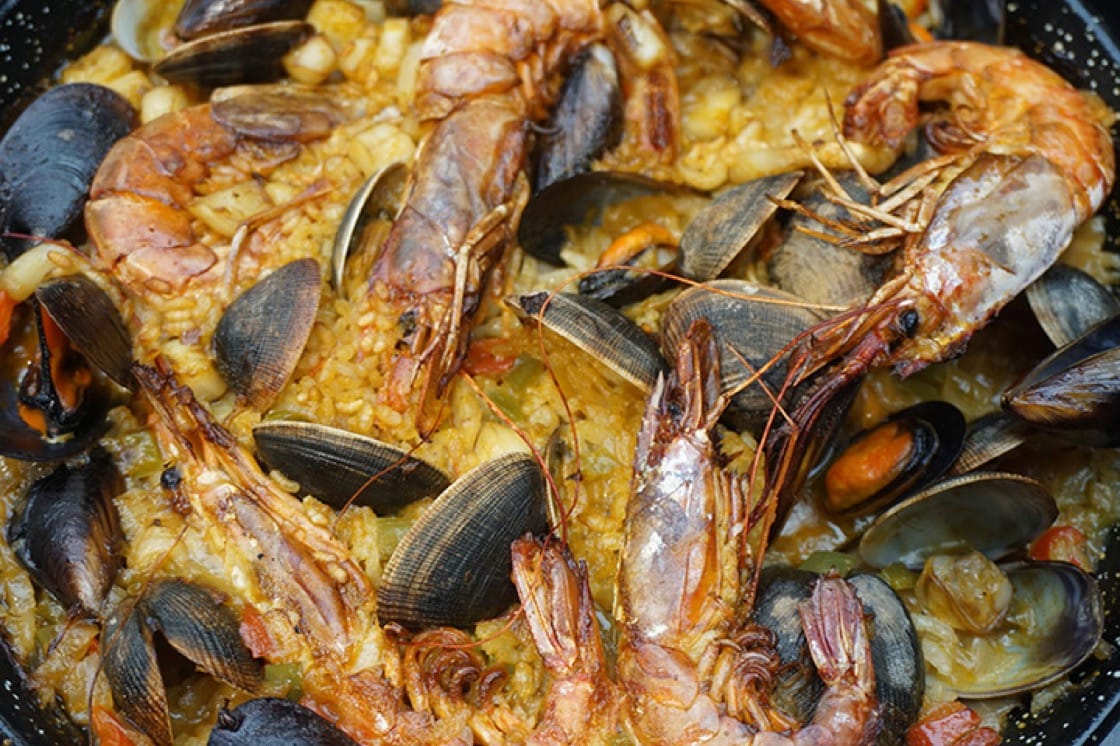 Catalan food is not easy to define and categorize, but a consistent feature is that the food is rustic, which helps to highlight the inherent flavor of ingredients. One such example and one of the most ubiquitous dishes is pa amp tomàquet (bread covered with puréed tomato and olive oil). Another regional specialty is sautéed borraja (borage), a wild plant with hairy leaves indigenous to Aragon. According to Aracil, Catalan food has "a lot of garlic, always, and a lot of olive oil."

Meat, charcuterie and seafood are a centerpiece of Catalan cuisine in both France and Spain, with charcuterie and grilled steaks particularly ubiquitous. Some of the best charcuterie in Roussillon can be found at Maison Pare in Perpignan, a high-end butcher shop where meat dangles from hooks behind plate glass windows.

Seafood is another significant part of the Catalan menu, with an emphasis on eating what's locally caught, and is a nexus where similarities appear between French and Spanish cuisine. In the medieval French seaside town of Collioure you can find establishments like Anchois Roque, a shop specializing in lightly preserved anchovies and other preserved local foods. Frequently found in Spanish tapas, white anchovies are known as boquerones and are lightly pickled in vinegar before being packed in oil, while the dark variety—known as anchoas—are cured in salt and are decidedly meatier and more umami-packed. Both styles of anchovies, fished from the Mediterranean, are a local product in communities like Collioure, and are quite similar to their Spanish counterparts.

These culinary similarities between countries help to demonstrate how Catalan culture persists. "When I went to school I learned the story of France for sure, but my real story was from Catalonia. The Kingdom of Aragon," Aracil recalls. And it is easy to see how Catalonia, on both the French and Spanish sides, is different from other regions. A little more relaxed, a little more connected to the environment. "In Catalonia we don’t need too many things. We just need to be open to the countryside, to understand everything around us and just . . . to have a pleasant life with our family."