San Francisco's newest "wine-focused restaurant," per its website, is run by a couple, both of whom are wine professionals breaking barriers in the wine world. Called Ungrafted, the industrial loft-like space is in the Dogpatch neighborhood, a trendy area full of warehouses on the San Francisco Bay.

Rebecca Fineman is a Master Sommelier as certified by the Court of Master Sommeliers, and previously worked at Gary Danko and (the now-shuttered) Ame. Only 26 of the 256 people to hold the designation worldwide are women, and she believes she is the second Jewish woman to make it to the master level.

Chris Gaither, her husband, is an advanced sommelier and hopes to be a Master by the end of this year. When he does, he says he will be the third African-American to do so. Gaither is also currently the wine director at the one-MICHELIN-starred Octavia, and prior to that worked at Gary Danko and Spruce. It was a wine internship at The French Laundry that first brought him to California. "It was one of the most exciting things I had ever considered doing," says Gaither. "I had always lived in Atlanta, and never thought of leaving town to go and learn, so this was super exciting for me." 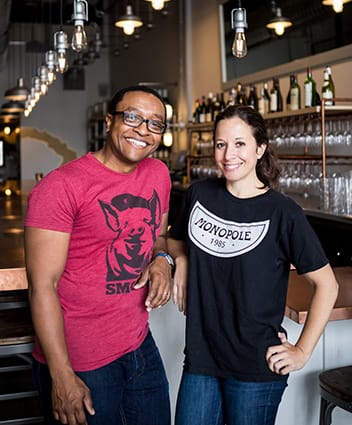 Both fell in love with restaurants and wine in particular while working secondary jobs—she in publishing in Manhattan, he as a teacher in Atlanta—to help make ends meet after their post-college careers didn't earn them enough to pay the bills. The couple met while waiting for their sommelier exam results in Anaheim in 2012.

"As soon as we got together, we wanted to open up a place together," says Gaither. "It was just a matter of figuring out how we could accomplish it, because those restaurant pipe dreams are easy to talk about, but much harder to accomplish."

The couple share a love for Champagne, which was the catalyst for their project. "Initially we had wanted to do a Champagne bar, but then we realized we wanted something more accessible for everyone," says Fineman. The wine list features a large selection of half bottles, both sparkling and not. "With half bottles there's a lot of opportunity to explore without making a huge commitment."

In addition to wine, their by-the-glass menu features beers, ciders, sakes and aperitifs and digestifs as well, and even a few sparkling non-alcoholic drinks, like the alcohol-free Leitz "Eins Zwei Zero" Sparkling Riesling. All the servers are sommeliers, too.

Given the couple's love of Champagne, there's a particularly heavy showing from France, but also Germany, with fewer bottles from the United States and regions that are still developing, like Portugal and Chile.

They're trying to strike the right balance, "To provide a place for people who like classic wine and want to spend money, and for those who just want something relevant and exciting and not as expensive," says Fineman. "There's a lot of innovation happening now, with people playing around with different grapes and techniques. We wanted to have a mix that's fun and current as well as classic and traditional." 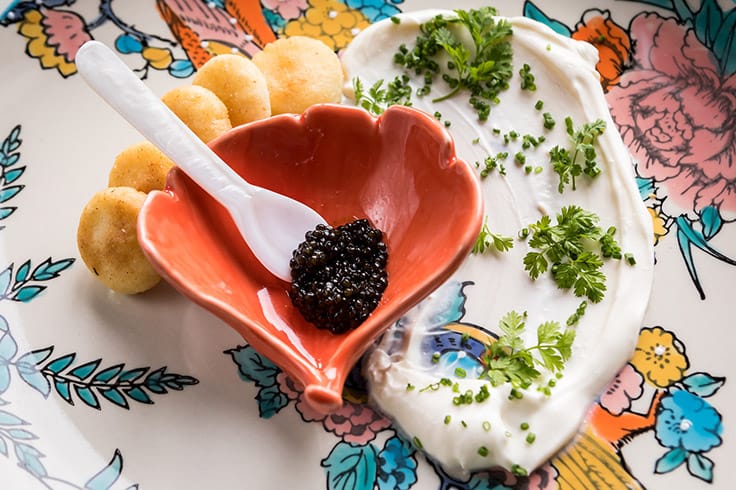 While the couple come from fine-dining backgrounds, Ungrafted's menu is a bit less so. It's inspired by the early days of the couple's relationship when they would meet up after a night of service and indulge their love of Champagne, spending most of their budget on a bottle while eating takeout. Imagine more technique-driven versions of street food from around the world, such as charred octopus with chorizo and patatas bravas, grilled cauliflower with baba ghanoush and za’atar pull-apart bread with labne. "We don't have what you'd expect," says Fineman. "There's no charcuterie or cheese plate, rather we have fried chicken and things we think go really well with wine."

While the couple enjoy working together, usually only one of them is at Ungrafted at a time so the other can be home with their daughter. And while studying for the sommelier exam taxes many relationships (Fineman says there is a high rate of divorce for those studying for the exam), they've managed to work through the difficulties presented thus far.

"We decided from the get-go that our values are such that passing an exam is only one part of it, and it's not the be all, end all for what we're doing," says Gaither. Fineman shares that had she not yet passed by the time her daughter was born, she would have stepped back from taking the final portions of the exam.

As he studies to take his exam soon, the fact that Gaither could become the third African-American to reach this milestone is never far from the forefront of his mind. "I want to show people that it can be done, to be a pioneer and help clear the way for others to do it," he says. "People of color may feel this is not an industry they can excel in. It may not be based on true experience, but it is based on the optics of what you see, so I think it's really important for us to make a statement." 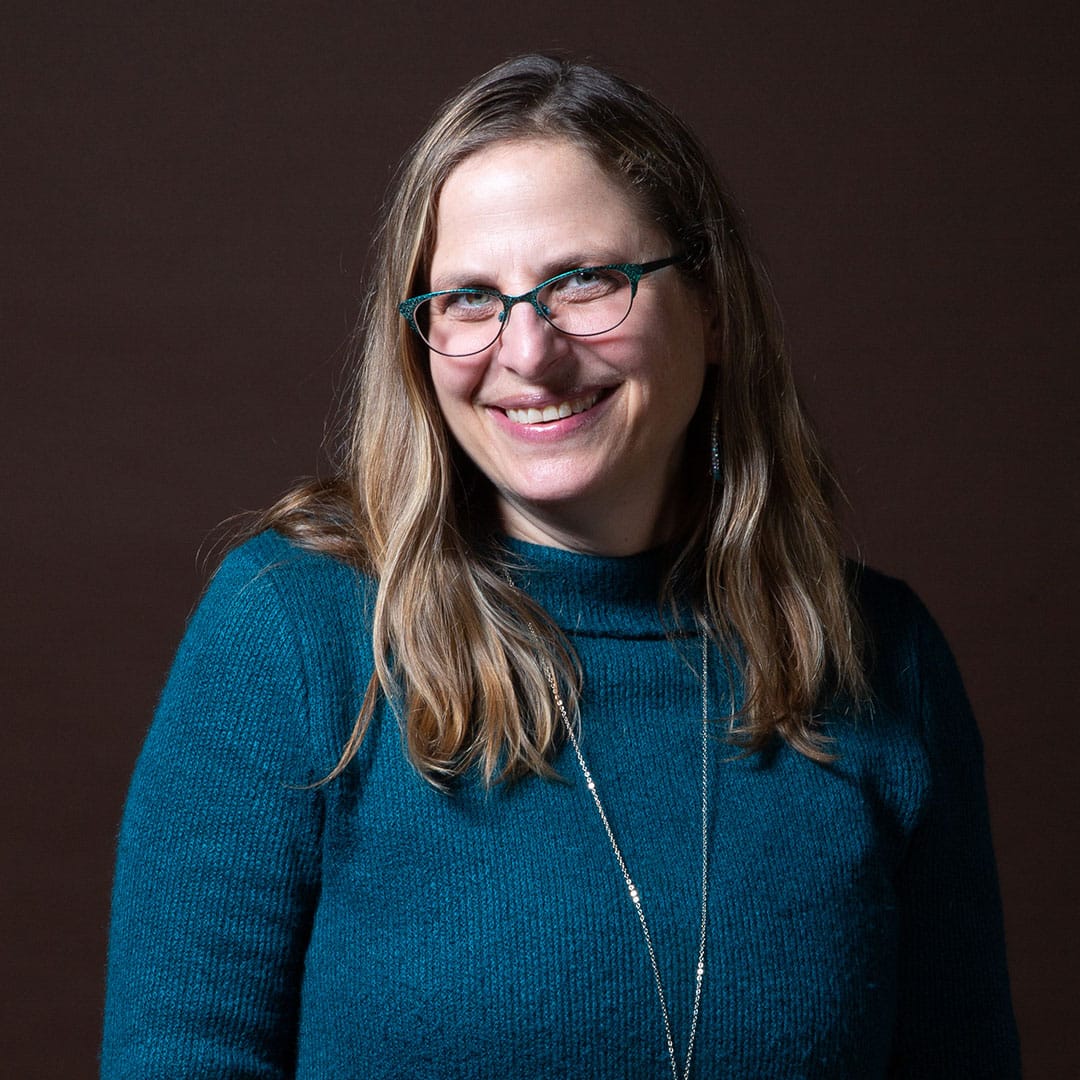 Alix Wall is a food writer in Oakland, California. She is also the founder of The Illuminoshi: The Not-So-Secret Society of Bay Area Jewish Food Professionals.