The First Day We Got Our Stars: Lei Hsiao Ping

Three Coins is one of 17 restaurants that gained their first star in the inaugural Michelin Guide Taipei. Chef Lei Hsiao Ping shares his joy.

Like a slick soccer team, an outstanding Chinese kitchen team needs to have as good a goalkeeper as its captain and star strikers. This "goalkeeper" should possess a sharp sense of judgment and good taste — in order to cover the blind spots that the team may miss.

At Taipei's one-Michelin-starred Three Coins, this gatekeeping responsibility falls on the Chairman of the Board Chiou Jing Huei. 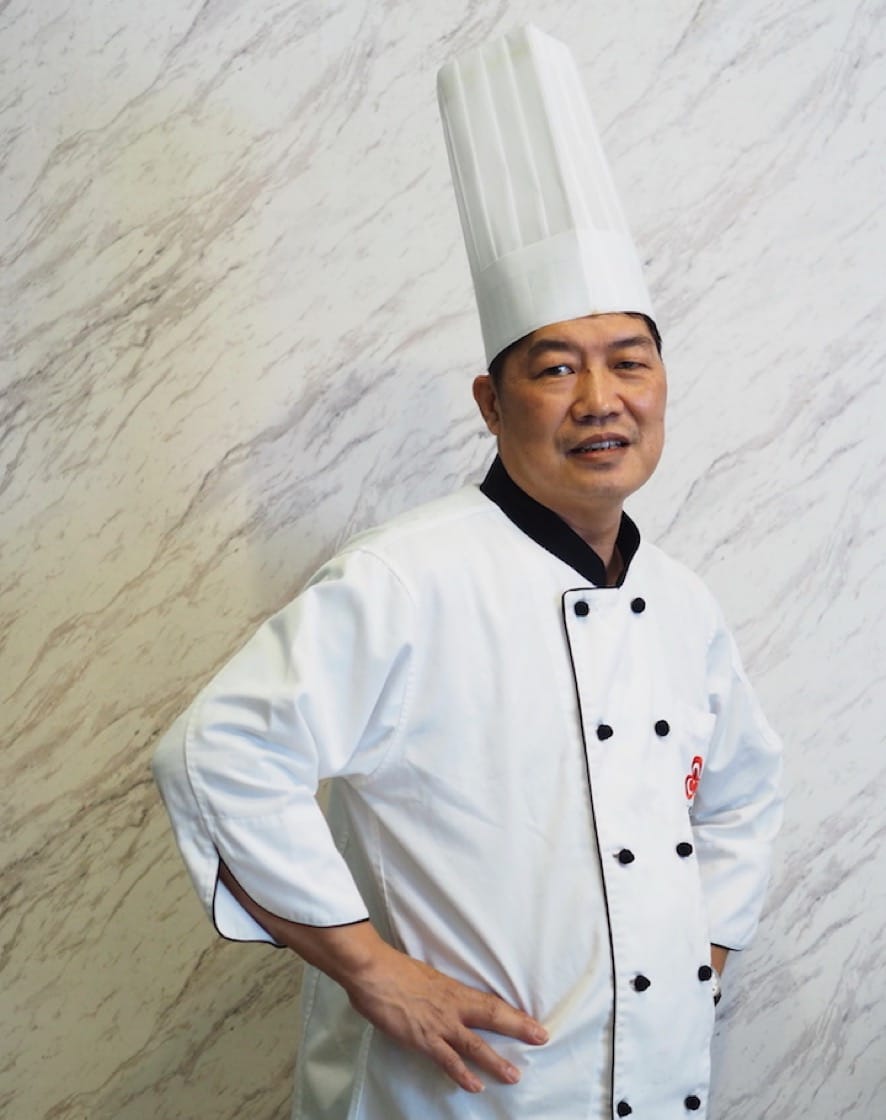 Started by Chiou's family more than 50 years ago, Three Coins also serves as an unofficial dining room for Chiou’s family, who gather daily to critique the performance of the kitchen.

Tastings take place when the suppliers send them new ingredients, and when new dishes are added to the current lineup. This, according to Three Coin’s chef Lei Hsiao Ping, is the key reason why the restaurant has managed to keep a loyal customer base for the past half a century. The familiar faces keep coming back alongside a constant flow of keen newcomers.

While Lei tries to retain traditional Cantonese cooking methods and the appearance of dishes, he adapts his flavours for the more subtle tastebuds of the Taiwanese. Oil, salt and starch are all used with more restraint.

Take prawns in soy sauce as an example. The prawns are seasoned with just a bit of fish sauce, light soy sauce and oyster sauce. The cooking stops at the point when the prawns absorb the condiments’ flavours without taking on their colour. Slices of tangerine zests on top help to cut the grease.

Lei treats the health of his diners as seriously as the taste of his dishes. You will not find any additive-laden ready-made products in his larder, as he goes to great lengths in preparing the ingredients from scratch. Dried seafood is rehydrated in the kitchen when Peking duck wrappers and chicken stock are being made. Even the pork lard they use is rendered in-house.

“Our concept is to replace the pharmacy with the kitchen,” he said.

Lei recounts the joyous moment when their restaurant received its MICHELIN star.

When was your first encounter with the Michelin Guide?
I heard about it more than 20 years ago from someone in the industry. I didn’t have a clear idea about the guide then. I only knew it rated restaurants in large cities, and didn’t think it would come to Taipei.

What was running through your mind when you first heard Three Coins won a star?
When I got the invitation email to attend the award ceremony of the MICHELIN Guide, it was very hard to believe. And then I heard rumours that being invited there doesn’t mean we’d get a star, so we didn’t have complete confidence, in the fear that we’d be disappointed in the end. Even on the day when we got the call about the ceremony, we still thought it could be a scam. This was so much out of our expectation.

How did you celebrate?
Our Chairman of the Board gave each of us a red packet. So far we haven’t got anything planned yet. Because since the day we got the star, the calls for reservation have been endless. We were so busy and couldn’t let our guard down. Celebration would have to wait until we catch a break.

How will the stars influence your career?
Getting the recognition of the MICHELIN Guide makes me and the company want to improve the restaurant further in various aspects. We want to get our second star. There will be new wines added to our list along with different types of wine glasses. Also, we are going to bring in premium ingredients like truffle and caviar to enrich and diversify our menu.

Do you have any advice for young chefs aiming for Michelin stars?
They need to believe they can be successful cooking Chinese food, and look farther into the future. Learning to cook will always be time-consuming — this is especially true in Chinese cuisine. It is be a good idea for young chefs to invest more time in this, perfecting their skills during break time. If you spend two more hours on it every day, you will have more than 20 hours ahead of others after a month. And slowly, you will be able to set yourself apart.