When deciding which culinary direction a chef will take, one might initially assume two choices: forward or backwards. Forward, revolutionising a style, experimenting with unusual ingredients and innovative techniques, or backward, rediscovering old classics and presenting the cozy and the familiar.

Anthony Bourdain, taking a cue from the notorious rival L.A. gangs, famously described these two styles of cooking in The Nasty Bits as "Crips" and "Bloods". In the former category, he lists chefs like Nobu Matsuhisa and Jean-Georges Vongerichten who proudly trot the globe looking for unfamiliar ingredients and exotic techniques, and in the latter category, he names Alice Waters, mother of the Northern California slow-food movement, and Fergus Henderson, champion of a cuisine that extols the best of Britain. In his essay, he weighs the benefits and drawbacks of each style and describes himself as a natural Blood who still cannot help but lust after the monkfish liver he sees in the Tsukiji Market in Tokyo. One suspects that is a position most chefs take.

But there's a third option, and one which many would argue combines the best of both approaches, and that is reinvention. To reinvent is to take those things that are familiar and to present them in a new way, to take the old and make it as new as the most modern of presentations. 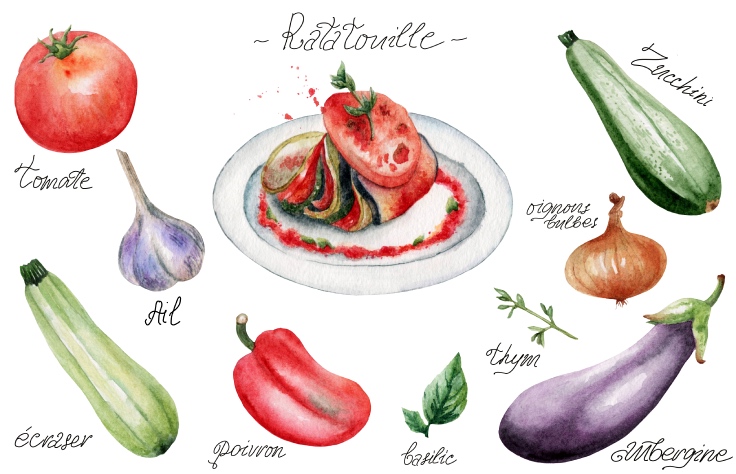 So what is reinvention? Let us start with a familiar example. In Disney's Ratatouille, Anton Ego, the famously jaded reviewer, is no longer wowed by the pyrotechnics he encounters on a daily basis. Rather, he is brought to tears from childhood memories triggered by a simple ratatouille -- a classic Southern French vegetable dish, and an iconic example of the region's peasant cuisine -- presented in a new light. But Disney's producers did not just imagine this whole cloth. They hired Thomas Keller, chef of the three MICHELIN Starred The French Laundry in California's Napa Valley as a food consultant and sent their producer Brad Lewis to intern in Keller's kitchen. So for the movie, Keller presented his interpretation of "confit byaldi," a baked reimagining of ratatouille developed by Chef Michel Guérard at the three MICHELIN Starred Les Prés d'Eugénie in Southwestern France. Instead of a chunky stew of sauteed vegetables in tomato sauce, Keller presented paper-thin vegetable slices, delicately plated in nouvelle cuisine style.

This is but one example. For decades, now since the nouvelle cuisine revolution of the 1960s, chefs have been taking homey dishes, traditionally served in working-class bistros and farmhouse kitchens, and according them the same respect as foie gras and Alba white truffles. At his many acclaimed restaurants around the world, Chef Joël Robuchon was probably best-known for his simple mashed potatoes, taking waxy, nutty ratte potatoes and slowly whisking in butter in a two-to-one ratio of potato to butter, for an elegant, silky presentation that is still, at its core, the same dish that sustained the poorest people in Europe for centuries. 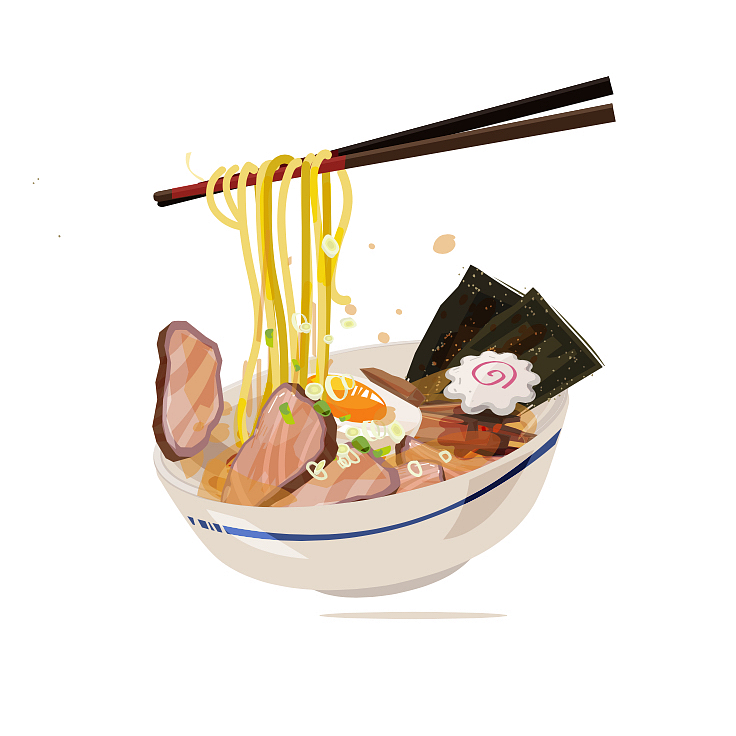 In the modern food culture, this is a trend one sees again and again. While chefs around the world use their tasting menus to deliver bold new techniques, radical experiments, playful platings, and mind-boggling flavour combinations, they just as often incorporate takes on classic dishes and sense-memories from their pasts. Whether it's their grandmother's meatballs, a favourite street hot dog for post-bar-crawl nourishment, a simple pasta dish from leaner times, or a beautifully rustic seafood speciality enjoyed at a Vietnamese coastal village, there is frequently a desire to pay homage to the things they simply loved.

We can look at the immigrant cuisine of the United States. In the late 19th and early 20th centuries, countless impoverished Southern Italians found themselves in the urban jungles of cities like New York and Philadelphia, where they were at an odd impasse. On the one hand, they were largely separated from their traditional foods, without ready access to the wild greens and Mediterranean fish of their homeland, so they needed to find the closest substitute available. And on the other hand, they found themselves in a land of new luxuries, where red meat was no longer reserved for special occasions but was something they could regularly enjoy. The result was a new Italian-American cuisine, which soon became an integral part of American cuisine as a whole. The classic Sicilian dish of melanzane alla parmigiana, eggplant with tomato sauce and Parmesan cheese, became chicken parmigiana and veal parmigiana in America, as a whole chicken breast or veal cutlets suddenly became accessible. 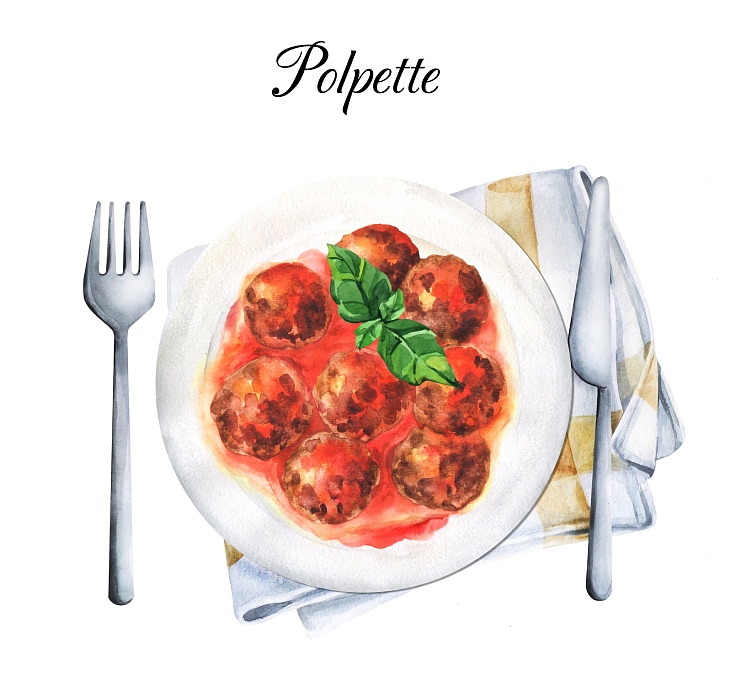 While spaghetti and polpette, meatballs made from beef and pork, were separate recipes in the old country, they could be combined together Stateside, giving the world spaghetti and meatballs. These were dishes that, to the original Italian immigrants, were a taste of home, but could appeal to the new generation born on American soil. And these dishes, from baked ziti to New York-style pizza, became iconic for Italian-American culture.

READ: Phad Kaprao - How The Japanese Have Embraced The Thai Favourite

Or the process can be more convoluted. Consider a food that goes by many names, depending on the geography. Along the old Silk Road in Northwestern China, noodles were gently stretched and twisted out, and called lamian, or "pulled noodles" in Mandarin. Now paired with a rich halal beef soup, they have become a regional staple, emblematic of Lanzhou and of Hui, or Chinese-speaking Muslim culture in general. Traveling west into Xinjiang, lamian became laghman, an iconic Uighur dish, with lamb and mutton largely replacing beef and an elaborate pull-and-boil method of noodles making taking root, that spread across Central Asia as people were displaced by the Russian and Chinese Empires in the 19th century.

Meanwhile, travelling east, lamian became a smash hit in the densely populated cities of East China, where it provided a tasty, filling, cheap meal. And from there it was not too long before lamian made its way to the newly opened Empire of Japan in the 19th century, where the Japanese had trouble pronouncing the "L," and it became ramen, with its infinite local variants, from the miso broths of the far north around Sapporo to the seafood-rich champon of Nagasaki in the south, along with an instant version developed by Momofuku Ando in the 1950s, filling the bellies of broke students around the world. 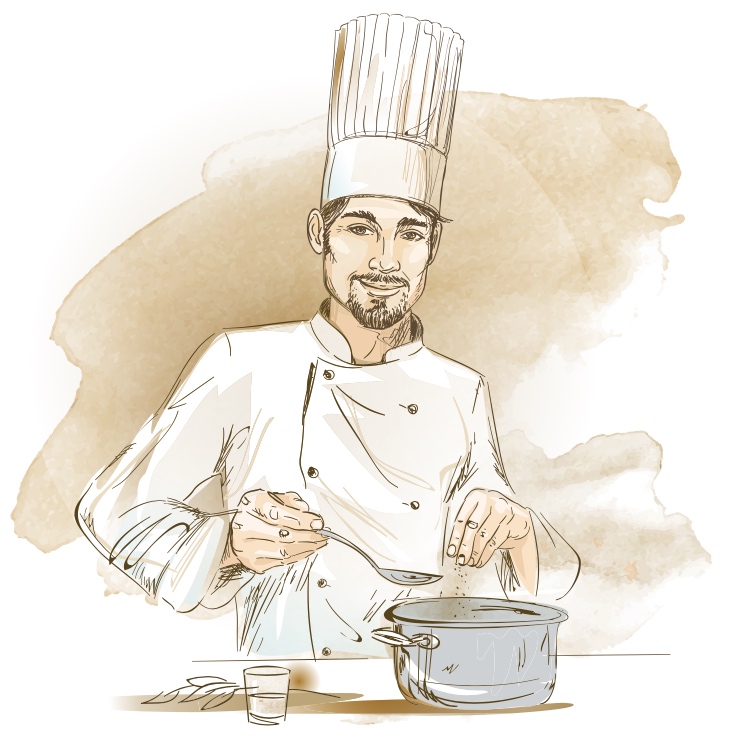 The same story repeats again and again.It is how the burek of the Ottoman Empire became the iconic pierogi of Poland, how halvah is just as familiar in an Indian sweet shop as it is in a Jewish deli in New York, and how the mandu dumplings enjoyed as a quick lunch by an office worker in Seoul are not all that different from the manti their Istanbul counterparts are having.

If the Book of Ecclesiastes is true, and there is nothing new under the sun, that is only half the story. Because what is old can become new, whether through the creative imagination of a visionary chef, the playful experiments of the DIY tinkerer, or the material realities that shape the movement of culture through history. While there may be nothing new under the sun, the sunrise is still a little bit different every single day.