As a practical travel and gastronomic guide, there are many symbols in the MICHELIN Guide that highlight the special services and facilities of restaurants and hotels around the world. 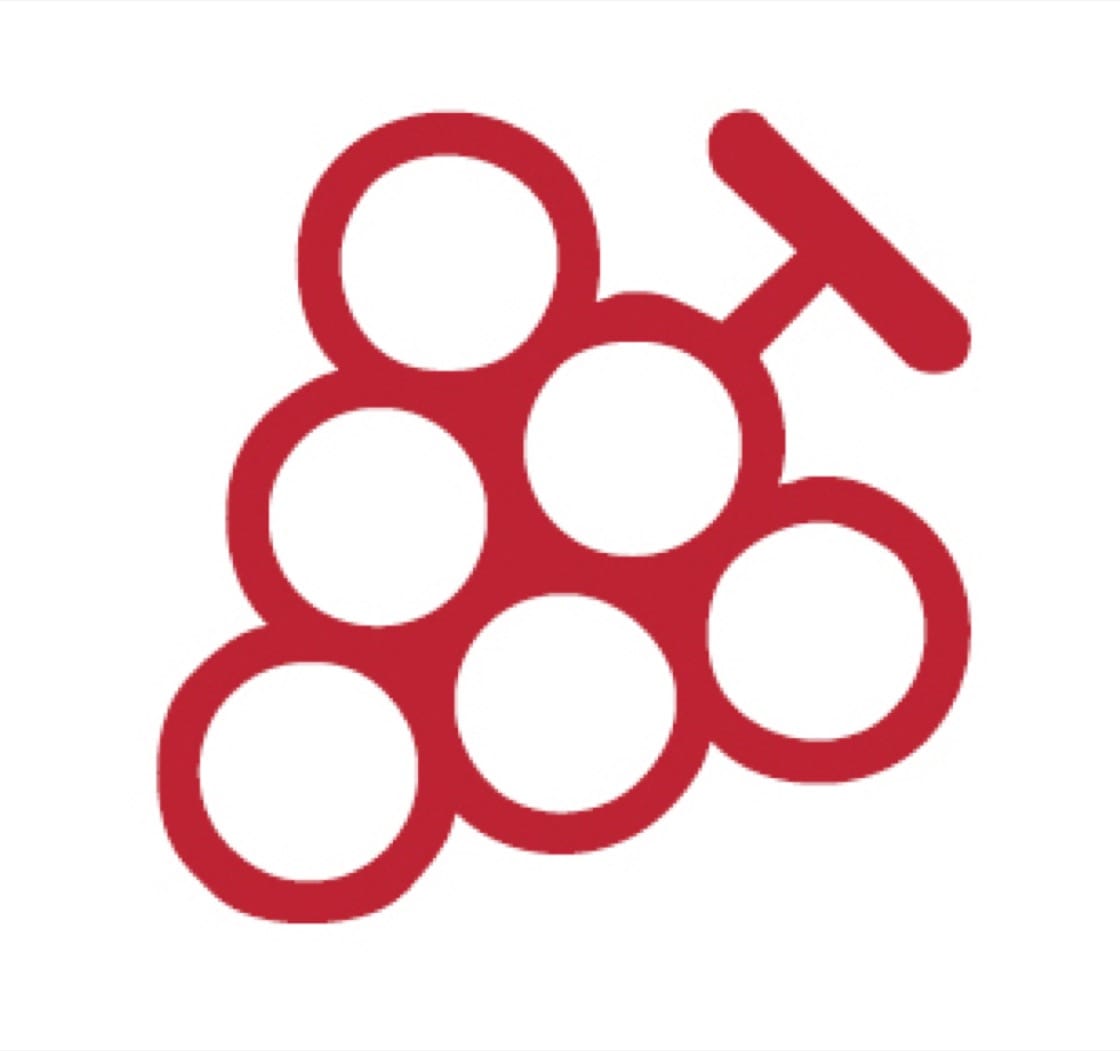 If the wine pairing is as important as the food in a meal for you, the icon of a bunch of grapes on the guide indicates that the restaurant has an interesting selection of wines. Furthermore, diners can be assured of the restaurant sommelier’s ability in picking the best bottle to go with your dishes.

In the inaugural edition of the MICHELIN Guide Taipei, many eateries were awarded this title. Here are five destinations that will excite your taste buds through their food and drink. 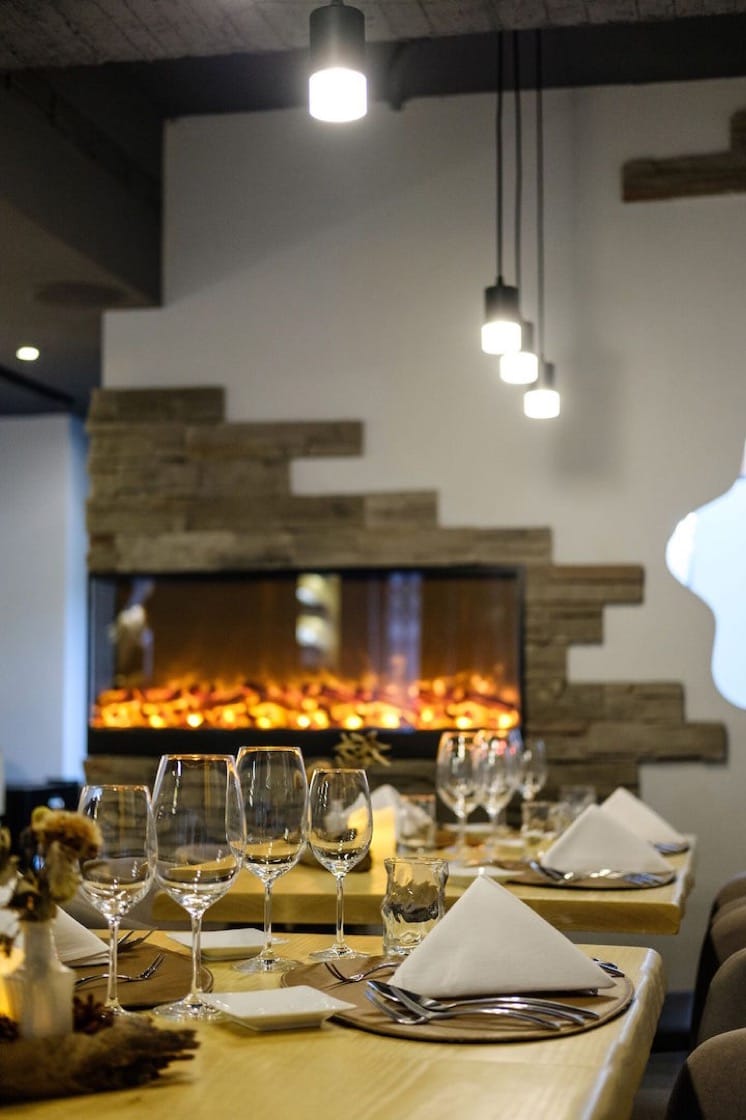 Sommelier Ryan Hsu and chef Daniel Negreira might as well turn Hidden by DN into a Spanish wine museum. Its wine list covers the typical alcohols from Spain: cava, sherry, local red, white and sweet wines, liquor as well as brandy, with prices ranging from below NT$1,000 (S$45, HKD$253) for house wines to above NT$20,000 (S$890, HKD$5,055) for rare finds. In the Complex Cimplicity dinner set, one can taste Negreira’s ingenious contemporary dishes alongside six unique Spanish wines selected by Hsu. The restaurant is also the only one in Taiwan which offers Uno Chardonnay produced by Bodega Enate, which is a two-time silver medal winner of the Chardonnay of the World Award.

According to the MICHELIN Guide inspectors: The Spanish owner-chef worked at the legendary Arzak and El Bulli before opening this cosy restaurant to showcase his contemporary take on Spanish cuisine, using the best Taiwanese ingredients. Seafood from Daxi Harbour in Yilan is prominently featured in his prix-fixe tasting menu, which expertly renders classic Spanish flavours with modern techniques and artful presentations, perfectly complemented by the Spanish wines on offer. 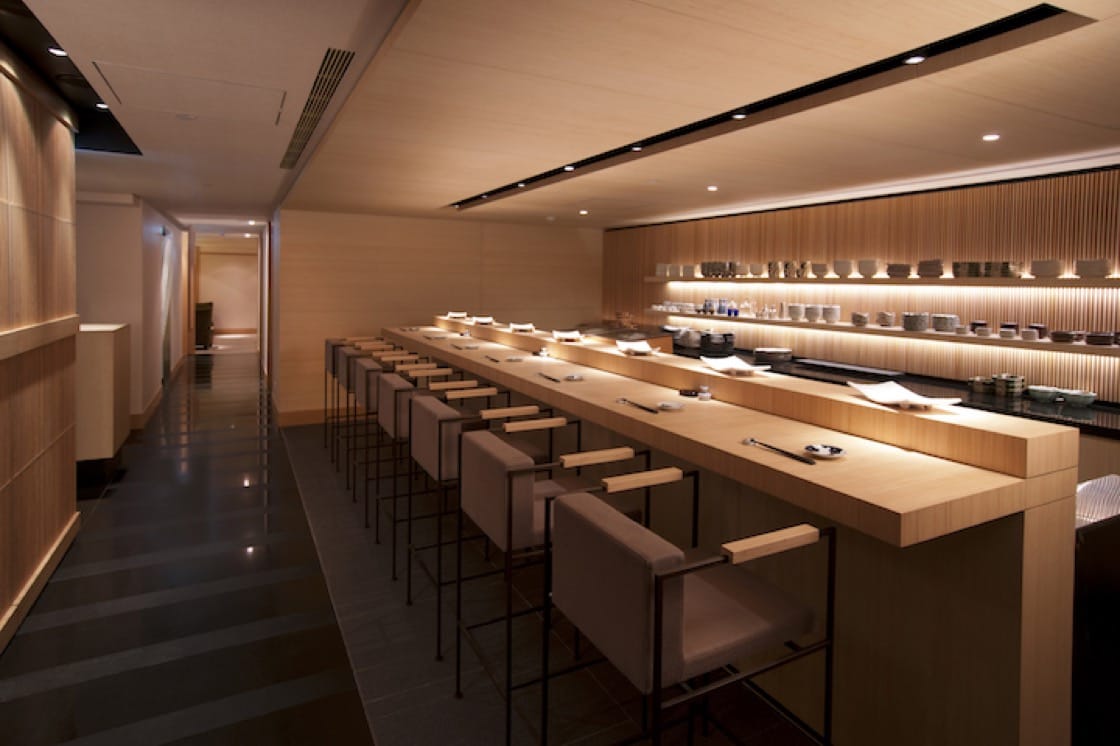 Eating by the season is the motto of Japanese joint Kouma. Chef Jiang Zhen You has teamed up with three-starred restaurant Kanda’s chef Hiroyuki Kanda on multiple occasions. Sommelier Orbie Yang also served in several dinners featuring celebrity chefs who visited Taiwan. In terms of drinks, there are Japanese sakes and Western wines. Bubbly lovers can opt for the splendid Champagne Henri Giraud Fût de Chêne. It’s specially ordered by the Sherwood Hotel Taipei from the village of Aÿ in the Champagne region. The bottle’s light acidity makes for a stellar beginning to a kaiseki feast. One of its highlights is the halibut sashimi with dried yuzu, shisho flower, myoga and other summer vegetables.

According to the MICHELIN Guide inspectors: An intimate restaurant with 7 counter seats and several private rooms, it sources the best ingredients from around Taiwan with a few imported from Japan. Two of the fixed price menus feature wagyu beef, in hot pot or fried, while the other two are skewed towards sushi and raw fish. Quality ingredients are mostly prepared in traditional ways, delivering authentic tastes. Service is excellent and the wine and sake lists extensive. 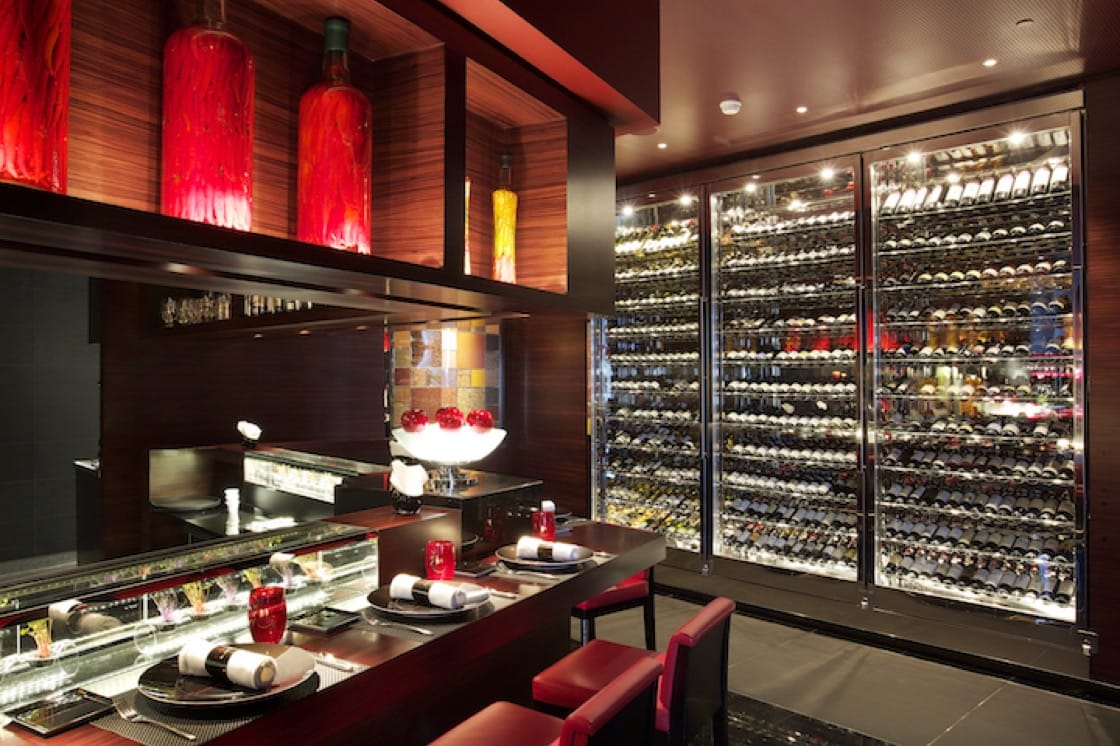 Founded in 2009, the French restaurant dazzles diners with its red and black colour scheme. The bar area and open kitchen embrace the image of a delightful gastronomic workshop. There are almost 20,000 bottles stocked in the restaurant. Around 5,000 to 6,000 are displayed on the wine list. Armed with 28 years of experience, head sommelier Benoît Monier is an authority in French wines. Châteauneuf du Pape 2005 by Clos du Mont-Olivet is a red rich in notes of raspberry and leather. It’s a natural match to spiced white meat such as La Caille, a caramelised free-range quail with foie gras and potato purée.

According to the MICHELIN Guide inspectors: The glamorous and moody interior uses the iconic black and red colour scheme familiar to those who know Joël Robuchon's international group. Sit at the counter to appreciate the atmosphere to the fullest. French classics are re-invented with skill, care and a great deal of aplomb; the service is engaging, confident and thoughtful. Prix-fixe menus offer the best value, but ordering à la carte or even in small tasting portions is possible too. 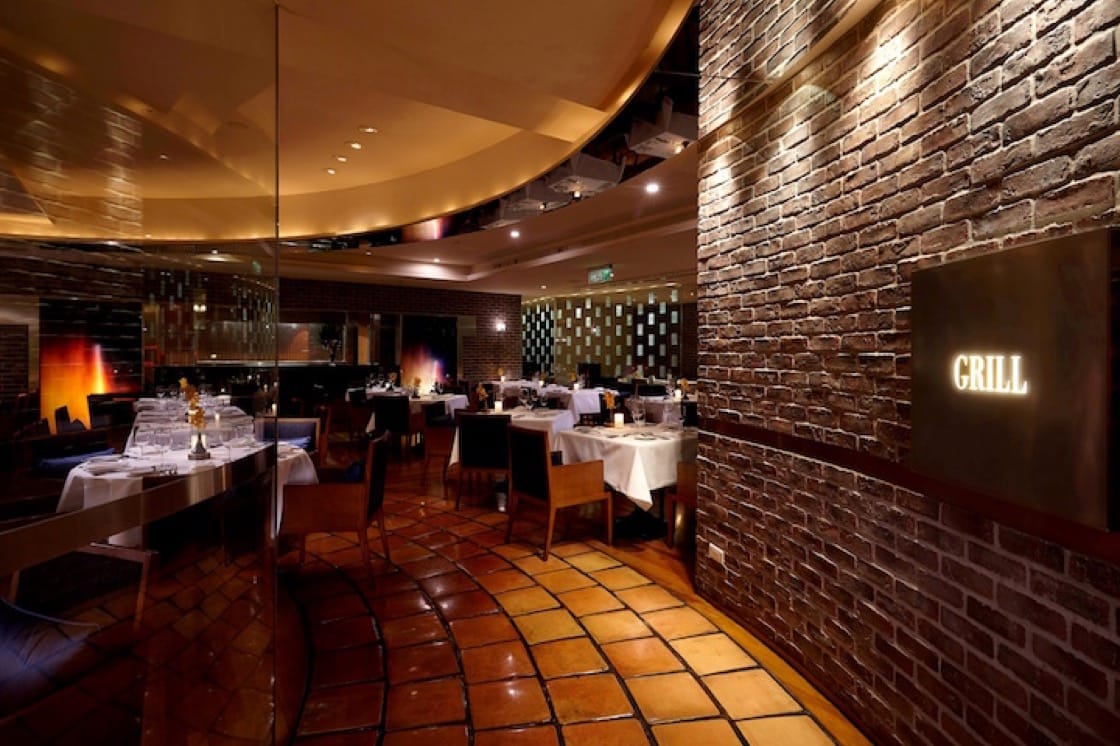 The dining space of Robin’s is divided into teppanyaki and grill, both serving set menus with first-class American beef and Australian wagyu, accompanied by wines that highlight its characteristics. House selection contains more affordable options, in which you’ll find a variety of species of grapes and regions — some examples include Alsatian Riesling, Sauvignon Blanc from New Zealand, Chilean Carménère and a mix of Southern French grapes from Rhône River. All these can be ordered by glass to complement the dishes in the sets. If boutique wines are what you’re after, Robin’s has also compiled a thirty-page, extremely detailed wine list. There’s surely something for every oenophile.

According to the MICHELIN Guide inspectors: Both the teppanyaki restaurant and the grill are named after a long-serving maître d'. Professional chefs flaunt their show-stopping tricks on the teppan right before your counter seat with a 6-course dinner menu highlighted by an array of premium steaks. The grill also offers a similar set menu that includes a trip to their organic salad bar and a choice of dessert. Both restaurants share an excellent wine list. 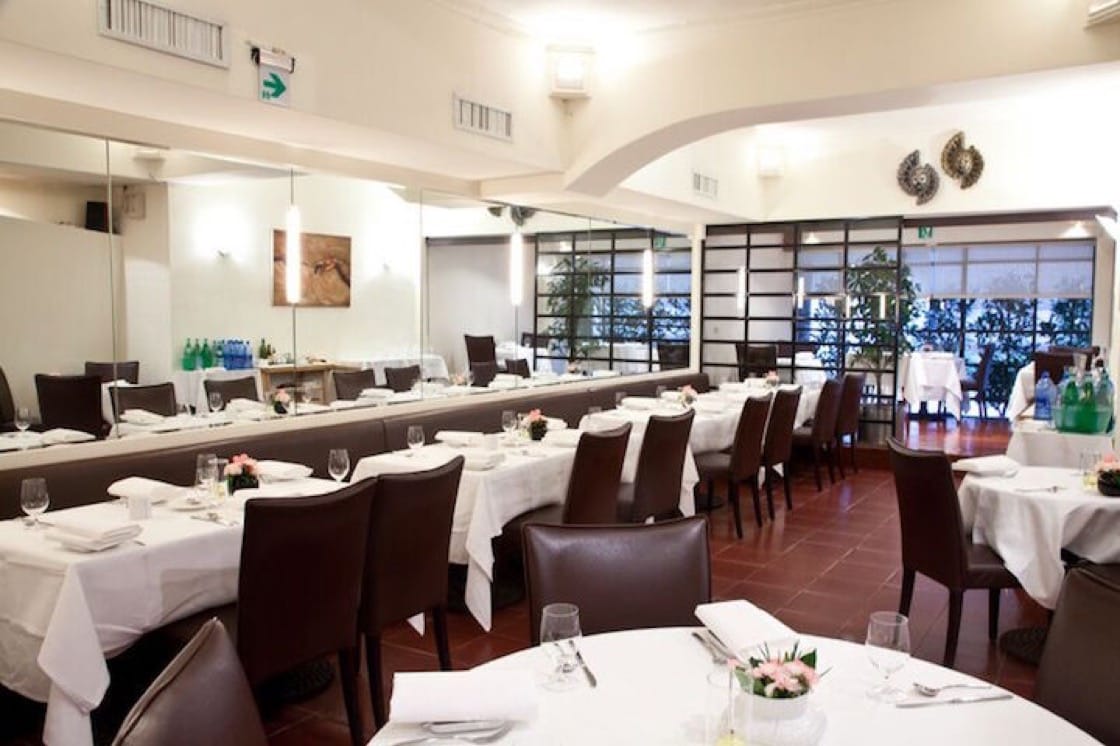 The narrow lanes of Shuangcheng Street lead one to Tutto Bello, an establishment of over two decades, beloved for its quality ingredients and cooking. The majority of its wines come from Italy and France. The multitude of hand-picked wine glasses shows how much thought owner and Hong Kong transplant Samson Mui puts into the restaurant’s beverage options. In addition to rare vintages, the France- and Old World-focused wine list is organised neatly by region and village of production. The two house wines are the microcosm of the rich global wine culture: both Fixin 2014 by Domaine Jean Fournier and Italian Masi Campofiorin offer great value for money. Poultry dishes such as quail and duck work well with the bottles above.

According to the MICHELIN Guide inspectors: A smart Italian restaurant where the owner and his team strive to ensure that "everything is perfect". The cuisine is firmly based upon classic dishes but is interpreted by the talented chef in a light, modern style. Well-presented dishes show care, quality ingredients and well-judged subtlety, especially with the flavours; the homemade pasta is a highlight. A substantial wine list includes some impressive French and Italian producers.

This story was originally written by Drew Zheng, and translated by Vincent Leung. Click here for the original version.
Advertisement
Advertisement