CURATE's new chef Benjamin Halat tells us more about what it's like to be a chef in Germany, how his travels inspire him and the exotic eats he's had... including snake.

Since it opened back in April 2016, CURATE – the intimate restaurant at Resorts World Sentosa has been a space where some of the world’s best chefs visit to tantalise diners here with their brand of cuisines.

That is, until it received its own resident chef in Benjamin Halat – a 31-year-old German who’s worked in a number of Michelin-starred restaurants like Restaurant Dallmayr and Gourmet Restaurant Königshof, both in Munich. Enamoured by his travels in Asia, Halat sought to work in Asia, and that came by way of Mandarin Grill in Kuala Lumpur’s Mandarin Oriental where he was based for three years before moving south to Singapore.

The Asian influence in his cooking is unmistakable. At CURATE, the dining experience starts with seven types of amuse bouche – dishes which he encourages his guests to eat by hand. They range from the decidedly posh prawn marinated in rose champagne to the playful curry puff and even bao stuffed with mushroom duxelle. The idea behind it is to invoke the feeling of a dim sum breakfast – one of his favourite meals this side of the world. He also loves drawing out unforgettable umami flavours in his dishes and by cleverly using Japanese ingredients in interesting techniques. One such is by wrapping kombu seaweed to dry-age Wagyu Tenderloin.

We sit down with the chef one afternoon, and get him to spill on life as a chef in Germany, and some of the more exotic things he’s eaten on his travels, including snake. 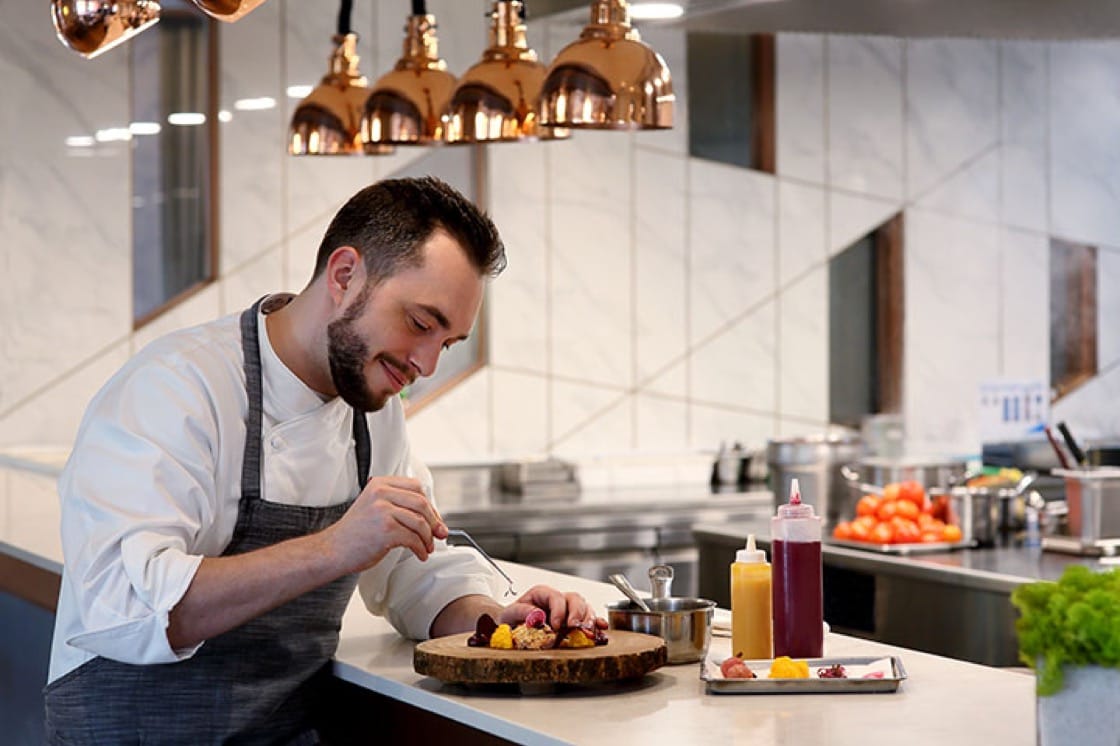 Chef Benjamin Halat of CURATE. Photo credit: Resorts World Sentosa.
Why did you decide to become a chef?
I started when I was very young at 10 years old in my school holidays and on weekends. I was working in a family friend’s restaurant, which is like a beer garden. For years, I was peeling potatoes and onions and helping with the dishes. At 16, I discovered the world of fine-dining at Michelin-starred Restaurant Königshof in Munich.

What was that like?
At that time, I didn’t know what Michelin was. I didn’t know anything about nouvelle cuisine or even anything about food but when I went there, I saw tenderloin, lobster, caviar and foie gras for the first time. I was so fascinated about the taste and the quality, and what you can do with these products. After a week, I was so impressed that I quit school and started my apprenticeship for three years at this restaurant.

Based on speaking to other German chefs, they report that there isn’t much support in being a chef in Germany as compared to France. Do you agree?
Yes. Being a chef is not something that’s taken seriously. But if you say you have a Michelin star, then it’s like you’re a celebrity. The German media isn’t as supportive of chefs. If I compare with other countries, there’s a lot of media interest in chefs and a focus on their philosophies. Germany is very focused on heavy industries so food culture takes a backseat. 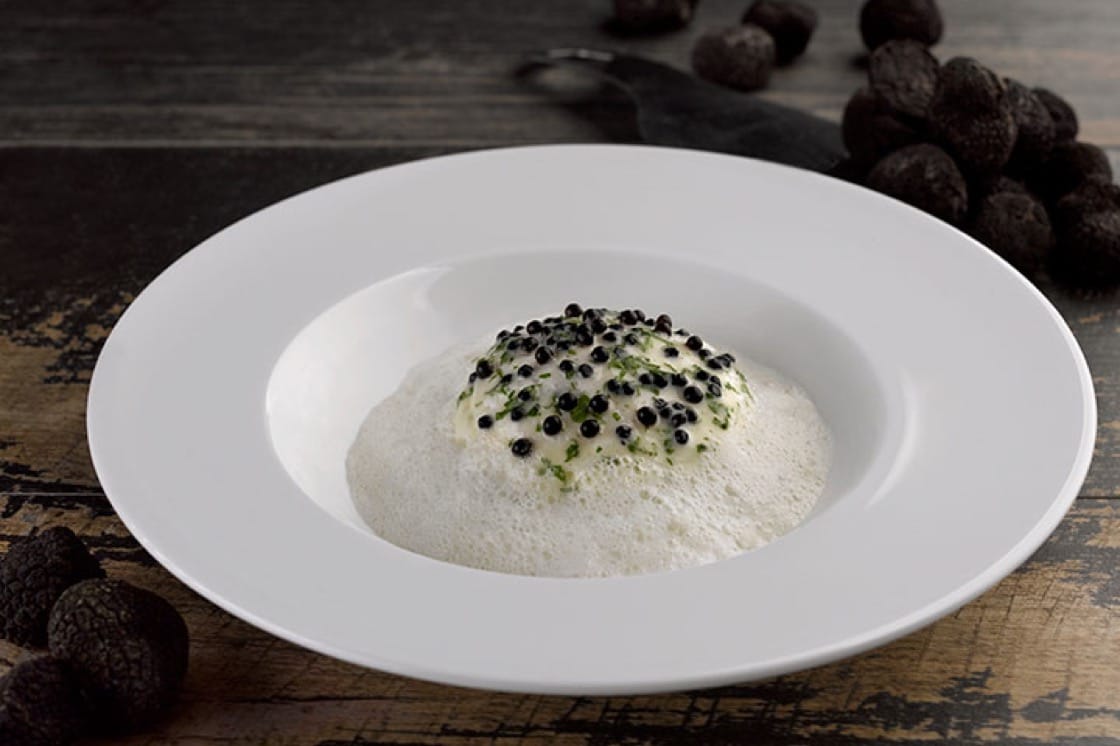 Chef Benjamin Halat's soufflated farm egg with truffle caviar and spinach. Photo credit: Resorts World Sentosa.
It hasn’t gone through a renaissance, or innovation unlike say in places like France?
No. French people are very proud of their cuisine, because they started nouvelle cuisine and developed fine dining. They have people like Bocuse and really big chefs, like CURATE's neighbour Joël Robuchon. German food is all comfort food. It’s all very yummy but it isn’t fine dining.

Was that why you moved to KL?
Actually I wanted the experience to work in Asia, and that was my chance and I took it. I’ve always gone for holidays in Asia. I was fascinated about the culture, the flavours, the food, the different kinds of food.

Your menu is quite interesting. You have the bao stuffed with mushrooms. Whats the thinking behind that?
I wanted to bring a little bit of local cuisine so you can see even the boston lobster is very Thai inspired. I try to bring flavours in that our guests can recognise easily so they get that feeling of comfort. I want them to come and feel comfortable so it’s important to serve something like a bao. Everyone here knows how to eat a bao and what it should taste like. 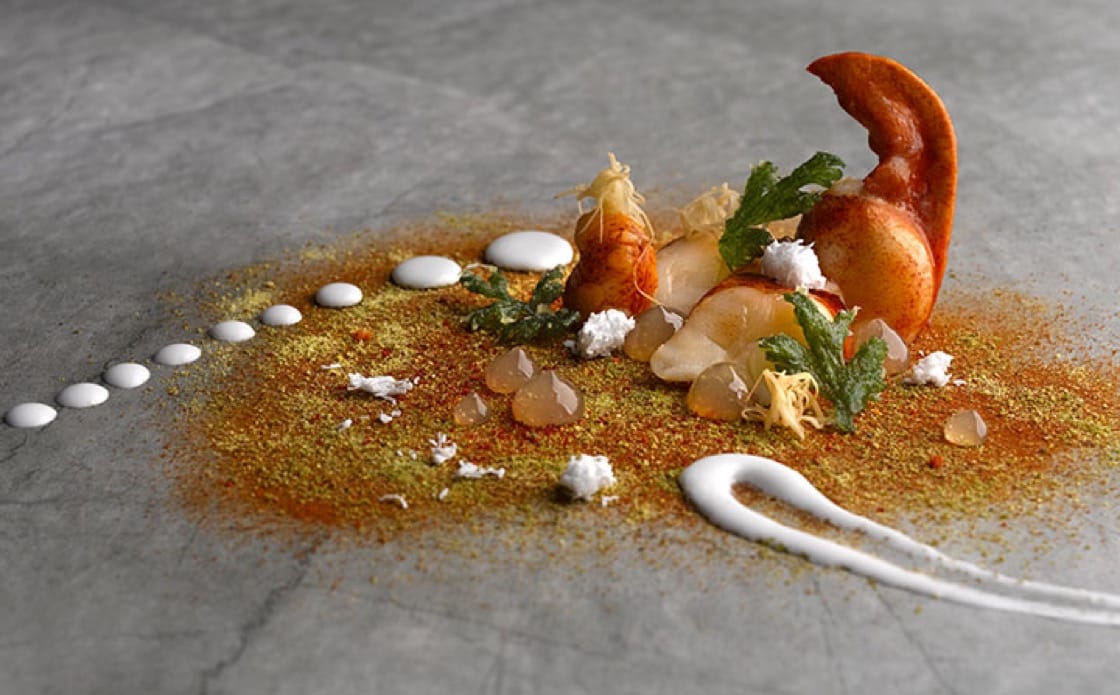 The Thai-inspired boston lobster with tomato, ginger and coconut broth. Photo credit: Resorts World Sentosa.
Where do you get your inspiration or knowledge about Asian flavours?
I travel a lot and I’m always trying new things. I always want to have really local food. If the tourists go one direction, I go the other direction because I want to see what the country's real food is about.

In Vietnam for example, I was backpacking with a scooter for 4 weeks. I ate a lot of things from snake to spiders. Snake was very interesting because it is served in a proper snake restaurant, where they only cook snakes. It’s for big celebrations like weddings or anniversaries so if you really have money and you want to celebrate then you go to a snake restaurant.

So how did they cook the snake?
Oh a lot of ways. The bones are roasted until they were so crunchy like peanuts. The skin was puffed like a cracker. The meat they make a proper dish, the fat they scoop it out and cook it with glutinous rice. The cheeks, they wrap with basil leaves – it was very very interesting.

You will be working with the visiting chefs. Will you be helping them, or serving side by side menus or…
We will be playing the supporting role and finding ingredients in advance. We also have to find technical solutions to certain food that’s sensitive to humidity and how to keep them in a good condition for a longer time. Because in Europe [or other places], the humidity isn’t so high and you can keep certain food items outside. Here we have to find a solution to make the product the same quality as how they serve it back home.

In May, I am looking forward to meeting Chef Richard van Oostenbrugge from Two-Michelin-Star Bord’Eau Restaurant who will be here at CURATE as our guest chef. He is known for his “French fare with Dutch flair” which has raised the bar of the fine-dining scene in Amsterdam.

Are you looking forward to learning techniques and flavours from them?
Yes of course, that’s the best thing about having guest chefs – you see and learn from them about philosophies and their mindset. Cooking is one of those things where you’re always learning because everybody has their own style. CURATE is at Level 1, Forum, Resorts World Sentosa.