The renowned chef has big plans for the Big Apple this year.

After a five year absence, legendary French chef Joël Robuchon made a sensational re-entry in New York City late last year with an updated L’Atelier de Joël Robuchon. Would you expect any less from the man whose restaurants continue to earn stars all over the world?

Robuchon last held court in Manhattan in the elegant Four Seasons Hotel. Then he was gone. Now he’s back, bigger than ever with essentially two restaurants in one inside the cavernous space that once housed Colicchio & Sons in the bustling Meatpacking District. The epicenter of dining has moved downtown and he’s where thehe late night action is.

L’Atelier de Joël Robuchon is the 12th of his now global empire stretching as far afield as Tokyo. This is the concept featuring fine dining at a chef’s counter that was controversial when he introduced it in Paris in 2003. A new add on for New York is Le Bar de Joël Robuchon, a more affordable bistro seating 56 which is situated in front of L’Atelier and separated from it by a glamorous glass wine wall.

A team of Robuchon veterans heads the kitchen—executive chef Christophe Bellanca, executive pastry chef Salvatore Martone and head baker Tetsuya Yamaguchi. Diners can choose tasting menus or à la carte small plates that feature the likes of caramelised free range quail, foie gras and potato purèe. And there are lighter, even vegetarian options, reflecting Robuchon’s more recent personal pursuit of health and weight loss. One new dish is a beet and apple duo with green mustard sorbet. The vegetarian tasting menu is US$145. A seasonal discovery menu is US$325.

In the bistro, simple, less pricey selections range from a simple grilled fish (US$45) to a cheeseburger (US$24). 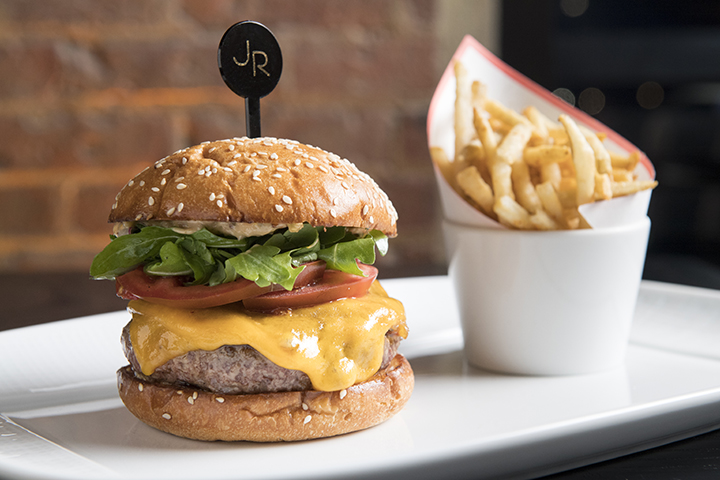 The burger at L'Bar features Prime beef, Vermont cheddar cheese and caramelised onions.
The décor is bright and bold with striking reds and blacks, floor-to-ceiling windows and the exposed brick walls typical of the Meatpacking District.

Joël Robuchon proves that a man can change his mind. Some readers may recall that he startled Paris when he announced his retirement at age 50 in 1995. But it turned out to be a short retirement. Then he startled the City of Lights again in 2003 with the controversial L’Atelier counter and has been on a whirlwind opening them around the world since then. Now he’s 72 and shows no signs of slowing down. He has even hinted that he might actually move stateside to New York City.

We asked Robuchon to reflect on how both he and the dining public have changed in the last few years and what it feels like to keep earning Michelin stars.

Why is it important to you to be back in New York City after five years?
New York is the capital of the world. I have always loved the vibrancy and excitement of the city, and it is one of my favorite destinations.

Why did you select Chelsea after Brookfield Place fell through?
The energy of the neighborhood, and the demographic of people who work and live in the area. I was also very impressed with Chelsea Market, which is right across the street. Sourcing the best ingredients is a top priority.
Advertisement
Advertisement 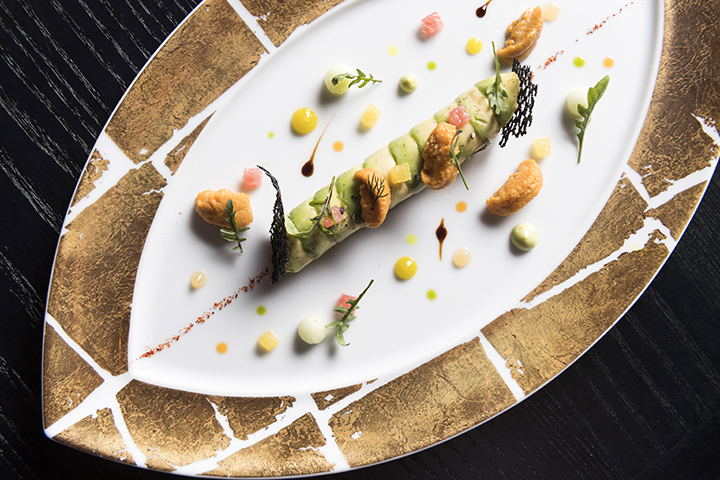 How have you changed and how has the dining public changed in these last five years? How does the new restaurant address those changes?
I think the dining public is looking for lighter options, and guests have also become very conscious about their dietary preferences and where ingredients come from. In the last five years I’ve developed a strong focus on health and nutrition, and was able to lose 60 pounds by changing my diet. I worked with nutritional expert Nadia Volf to develop a system of eating, which we describe in Food & Life, the book we co-authored in 2014.

Overall, I would say my cooking is less rich now. Last year we introduced a vegetarian tasting menu, which is resonating with our guests in NYC. Everyone’s interpretation of “healthy” is different and very personal. At L’Atelier we strive to accommodate all preferences so each guest feels welcomed, and good about dining with us.

When you first introduced the counter dining format in Paris it was new, even revolutionary. Have you been surprised by other chefs in the United States adopting this format? Is it still your preferred format even though you also offer tables?
The L’Atelier dining counter was first inspired by Japan’s sushi bars and the tapas bars of Spain. I’ve always found this format to be exciting and interactive, and it does not surprise me that other chefs have adopted it.

The ability for guests to view the creative process in the kitchen is central to the L’Atelier concept, and the counter seating provides a front row seat.

I understand you have added a vegetarian option. Could you explain why and how you went about creating vegetarian dishes?
The vegetarian tasting menu was inspired by my new focus on health, and the ingredients used are full of antioxidants and nutrients. Additionally, with proteins, I believe you must always respect the product by preparing it simply.

However, with vegetables you have more freedom to manipulate their forms, and experiment with different textures and preparations. It forces you to be more creative, and I believe the dishes on the vegetarian tasting menu reflect this. We also offer all of the vegetarian dishes as small portions à la carte. 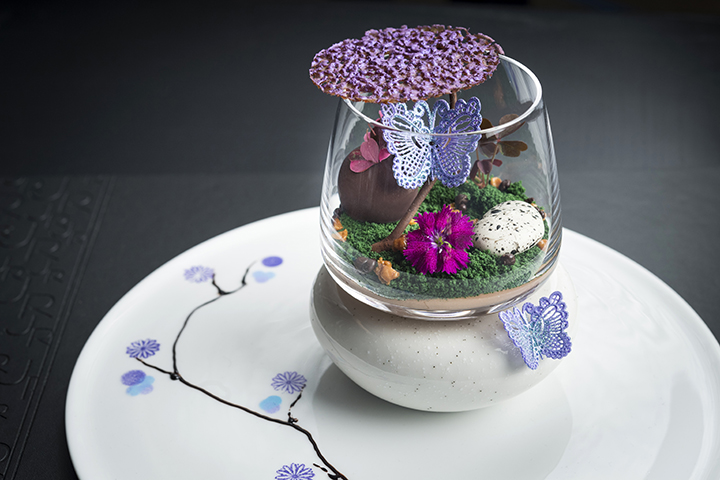 Is there anything different about the New York location than the other cities?
The addition of Le Bar makes the New York location different (the only other similar concept is in Monte-Carlo). Le Bar is an elegant yet approachable restaurant located in the front of L’Atelier, with its own distinct menu of bistro-style dishes. We utilise the same exceptional quality of ingredients as L’Atelier, but offered in simpler preparations of sharing plates, salads, sandwiches, and composed plates. We wanted to create a space where guests could walk-in several times a week, and enjoy a cocktail or stay for a full meal.

Your restaurants have earned so many Michelin stars. Do you still get excited when a new one is awarded?
It is always exciting to receive a new Michelin star, and to maintain the current stars. Consistency is one of the true signs of excellence—and one of the most difficult things to achieve—and each year the stars are awarded my team and I consider it an honour.

I understand you are planning another NYC restaurant in Midtown on 53rd street. After that, are there more plans in the works for the United States or for South America?
We are preparing to open four concepts in Miami’s Design District this year, beginning with the L’Atelier and Le Bar in the spring, followed by Le Sushi and La Boutique. Restaurant Joël Robuchon will open at 100 E. 53rd St. at the end of 2018.

This article originally appeared on the MICHELIN Guide USA website. View it here.