“I always thought that it would be nice to open a restaurant someday, but I never expected to open an Indian restaurant because I was never formally and professionally trained in Indian cuisine,” says Penang-born Manogren Thevar, chef-owner of restaurant Thevar along Keong Saik road.

The young chef does not shy away from this fact, though it may be hard to believe, as his eponymous restaurant was awarded its first MICHELIN Star in 2021 and praised by the MICHELIN inspectors for its creative multi-course menu rooted in Indian traditions and crafted with European techniques. 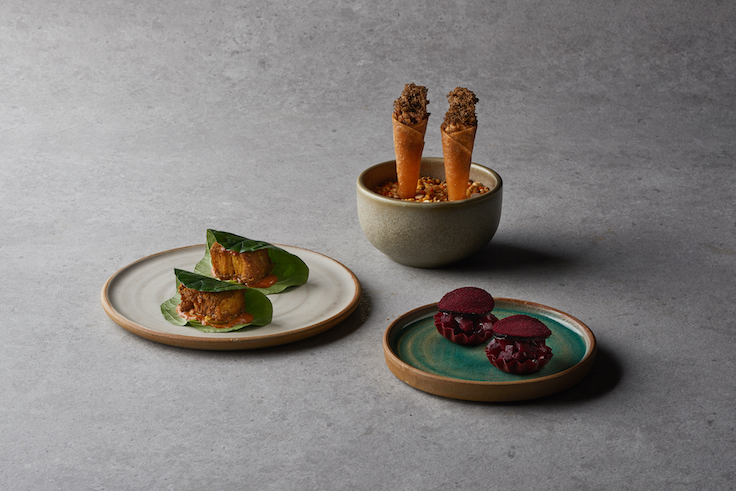 Having gained his experience in the two-MICHELIN-Starred kitchens of Pure C in The Netherlands and Waku Ghin in Singapore, Thevar shares that the road was not always easy. “It really was, and is, a lot of hard work,” he says.

Shut Up and Work

“Being a chef is not easy,” Thevar shares. “There are a lot of days when your character is really put to the test. My personal motto is a phrase from Albert Adrià: ‘Shut up and work’. I always tell this to my team. It sounds simple, but it is very important to me.”

Thevar recalls a kitchen memory where he sliced chives wrongly and paid the price. “The head chef taught me how to slice the chives; but I messed up, and he saw the poor work that I did,” says Thevar. “He approached me, looked at the chives I just chopped up — and there were a lot. He grabbed the chives, and threw them in the trash. I was stunned. Then, he told me to go to the grocery and buy new chives with my own money, and then chop them properly in time for service.”

“It is easy to complain about things,” he adds. “But most of the time, it ends up becoming toxic. If you make a mistake, change it. Make it right, and then move on.”

“I once cooked a scallop incorrectly, and the sous chef threw it in my face. But even then, I just kept quiet and continued working. If I had reacted, I wouldn’t be where I am today.”

“These are stories you will not usually hear, yet they are quite common in the kitchen,” says Thevar. “During these moments, I was so tempted to throw in the towel, but I really just shut up and work, and when I look back at them, they were so pivotal in shaping my growth as both a chef and a person. Did I feel embarrassed? Yes, I did, but I used these experiences to challenge myself and to remind myself to never make the same mistakes again. I just told myself to do better. Even today, if you ask me if I think I’m a good cook, I’ll say that there is something new to learn everyday. All the chefs I’ve worked with taught me something valuable, and I am grateful to them for everything I’ve learned.”

A Commitment to Perfection

The chef confides that when he opened the restaurant, he had his own share of skeptics, but in the end, he let the food do the talking. “It was definitely uncomfortable to launch an Indian restaurant when all I had as reference were my memory and my books,” he says. “I also spent a month in India, traveling to eat around, especially in the Chettinad region, where my grandparents are from.” 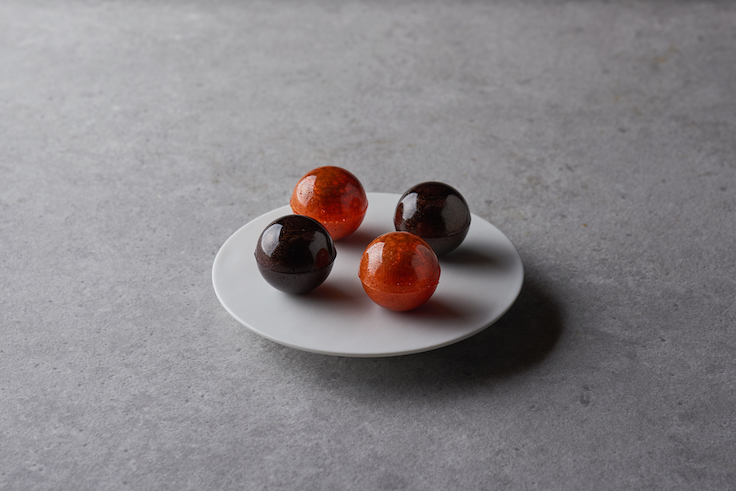 At Thevar, the popular pani puri is made with modern techniques, using dehydrated vegetables and a yoghurt filling that bursts in the mouth.

“At Thevar, we want to capture authentic Indian flavours in shapes and forms like never seen before. Some items look Indian, and some are not. I wanted to balance the two out so people don’t forget they’re at an Indian restaurant, after all. I also bend the rules [of Indian cooking] a little bit here and there. That's the creative liberty I take,” he shares. “People always compare restaurants, but to be honest, all restaurants are good. Thevar is my restaurant, and I know I am good in my own way.”

Thevar also shares that he has always been an avid reader. During his free time, one can find him either cycling or reading. “I read a lot of books on food and cooking,” he shares. “I really like Yotam Ottolenghi’s books, and I recommend them for anyone who has an interest in cooking vegetables. Thevar is also a very vegetable-forward restaurant, and Ottolenghi’s books provide great knowledge when it comes to cooking them,” he shares. “I also have a collection of Sergio Herman’s books, we used to work together at Pure C.” 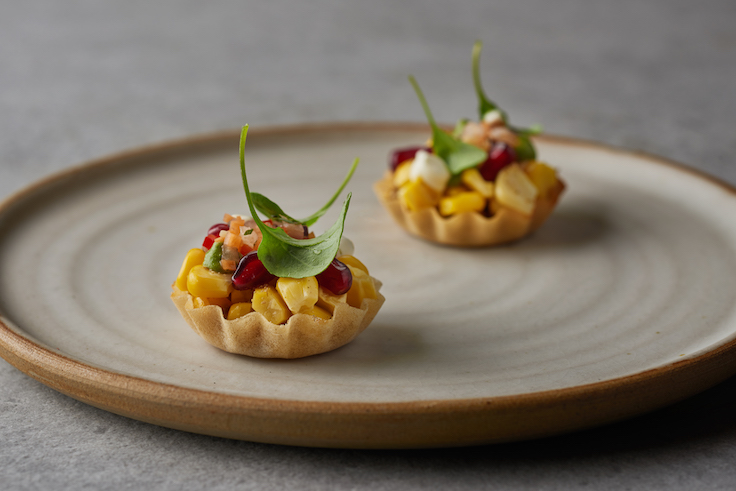 The chef takes out a book called The Chettinad Cookbook and says, “this is my most referred-to book whenever I cook. I got it when I traveled to India. It’s almost like an encyclopedia filled with the Indian food I grew up eating, so it’s quite special.”

On his restaurant receiving its first MICHELIN Star, Thevar shares that the accolade really brought in a lot of positive energy for himself and for his entire team.

When it comes to food, Thevar also encourages an open mind. “My belief in cooking is that it has to be consistent, always working with good produce. Discipline is also very important. When it comes to eating, I’m quite open to trying anything. At the end of the day, food is subjective and personal.” 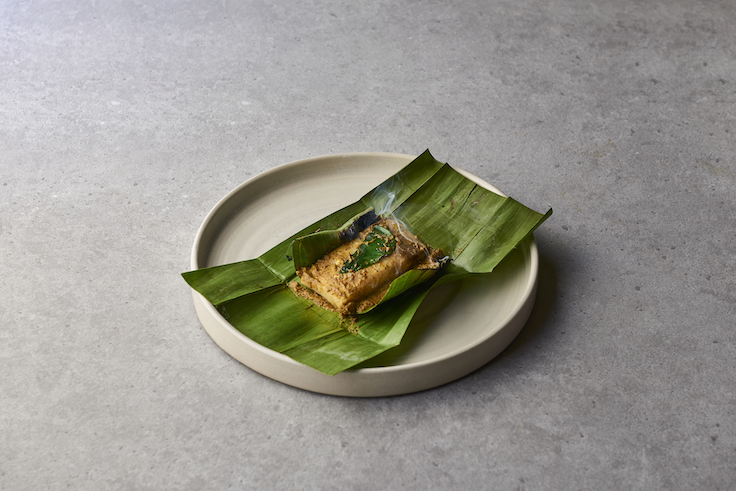 “My advice to young cooks is to stay humble and to keep on learning,” says the chef. “I learn things everyday; from my cook, my dishwashers, my suppliers, and even from my guests. Invest in books and do a lot of research. Keep an optimistic mindset, and go out and eat.”

How did you feel when Thevar won a MICHELIN Star?
To be honest, if you ask me, deep down, I’ve always wanted a MICHELIN Star because it is the highest level of a culinary award that you can receive as a chef. It’s also a very big thing for our careers. When Thevar was awarded a MICHELIN Star, I was so happy. I have a very good team, and I am so grateful to them, because without them, the MICHELIN Star would have been impossible to achieve.

How did you celebrate?
We opened a bottle of champagne before the service briefing, and then at night, we went out and had a good meal...maintaining safe distance measures, of course.

Now that Thevar has a MICHELIN Star, how does this impact your goals and vision?
It’s given us more drive to be more consistent in our cooking and to be more innovative. I’m really proud of what we’re doing here.

Is there anyone you want to dedicate this milestone to?
My family, my team — most especially my team. My suppliers, my guests, especially those who keep coming back.

What would you be doing if you weren’t a chef today?
I would like to start a business that involves food and hospitality. Maybe I would be a hotelier.

What is in your MICHELIN restaurant bucket list?
I would love to try Etxebarri someday and other restaurants in Spain.

Who is your biggest inspiration?
My team and my guests. Even my friends. I learn from talking to them everyday. Come to think of it, I can’t really pinpoint my inspiration to a specific person. I find inspiration in everything.

Is there a MICHELIN restaurant in Singapore that you keep coming back to?
Okay, I’m not saying this because chef Sun Kim and I are good friends, and Thevar won’t be here if it weren’t for him, but I can eat at Meta every week. The food there has a lot of umami and a lot of flavour. I’ve seen how Meta has progressed, and even the snacks there are super good.

What is your advice to young chefs?
Spend money on books and on eating out. It will give you a lot of knowledge, and you can get a lot of new ideas from them.

All photos are from Thevar.