It takes passion, dedication, and confidence to preserve flavours rooted in tradition and to breathe new life into them through modern techniques. Mano Thevar of newly minted MICHELIN-starred restaurant Thevar, aims to delight and surprise the palate by bridging the heritage flavours of his Indian culture with modern culinary techniques.

“Most elevated dining experiences focus on European cuisines, and no one paid much attention to Asian cuisines until, perhaps, the last five years,” he shares. Even when it comes to his own career, Thevar, who has worked in the kitchens of acclaimed two-MICHELIN-starred restaurants such as Pure C in the Netherlands and Waku Ghin in Singapore, confesses that he has not once worked in an Indian restaurant. 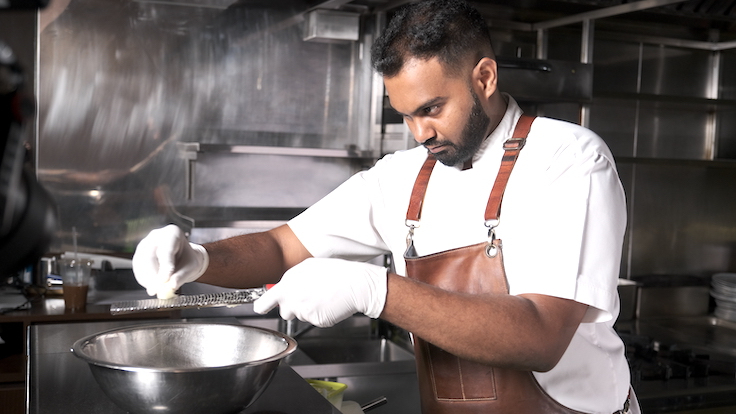 Born and raised in multicultural Penang in Malaysia, Thevar credits his father for his love for food and eating. “My dad would always take us around to eat. It was easy to access neighbouring Asian countries from Penang, so apart from Indian food, my palate was influenced by the flavours from different parts of Asia as well.” In particular, Thevar raves about Chinese food and hawker food such as chicken rice and char kway teow, describing them as comfort dishes that remind him of home.

“I decided I had to take it upon myself to go back to my roots and elevate the cuisine that was, of course, most familiar to me. And that is Indian cuisine.”

Armed with his determination to better understand his culture’s flavours, Thevar embarked on a month-long trip to India. He started in New Delhi, and then travelled all the way to the south, where his grandparents are from, to sample the various iterations of curry, pani puri, and other Indian delicacies. “To take what is considered comfort food to us and elevate it wasn't easy. It took countless sleepless nights spent perfecting each and every recipe. One can get inspired at any point of the day or night. To execute these ideas is the hard part,” he shares. 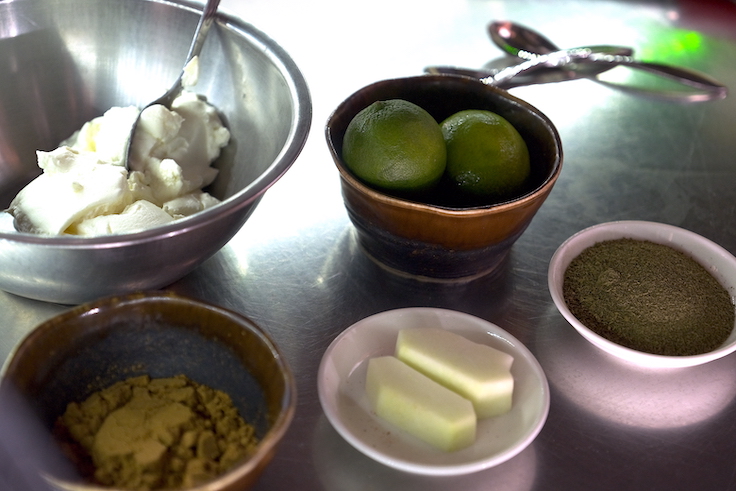 With no formal training in Indian cuisine, Thevar's dedication to the craft was made evident as he went on a month-long trip to India to study the roots of his heritage's food culture.

Pushing the Limits of Indian Cuisine

“Thevar is all about pushing the limits and encapsulating Indian flavours in the most unexpected of ways,” the chef explains. Though he’s faced his fair share of skeptics, especially at the beginning, Thevar says, “ultimately, I simply let the food do the talking."

With a focus on Indian spices and a blend of both European and Indian techniques, the prime highlight of Thevar’s cooking makes use of tandoor ovens and charcoal grills, which are some of the bedrocks of Indian cooking. “Using them gives off full-on flavour and smokiness,” he says. 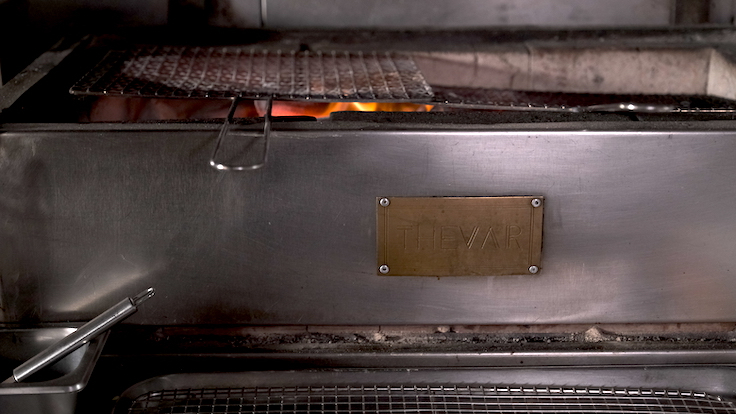 One of the bedrocks of Indian cuisine, the prime highlight of Thevar’s cooking makes use of tandoor ovens and charcoal grills.

“At Thevar, we want to capture authentic Indian flavours in shapes and forms like never seen before. Some items look Indian and some are not. I wanted to balance the two out so people don't forget they're at an Indian restaurant, after all. I also bend the rules [of Indian cooking] a little bit here and there. That's the creative liberty I take,” he shares.

Thevar says that whisky, in general, goes well with Indian food, and that the restaurant has a lot of Indian patrons that love to pair Indian food with whiskies.

“It’s like a match made in heaven,” he says. 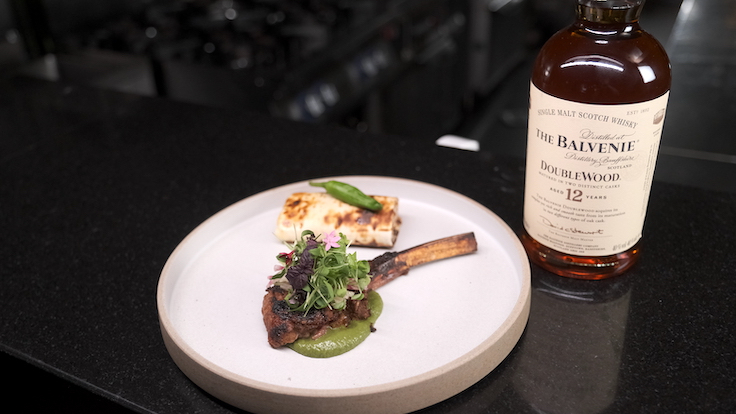 For an upcoming collaboration with The Balvenie, Thevar has crafted two whisky-paired dishes based on the spirit’s flavour profiles. For the main course, a dish of tandoori rack of lamb with herbs chutney, tarragon raita, and lamb fat rumali roti, which pairs well with The Balvenie Doublewood 12 enjoyed neat. “The Balvenie Doublewood 12 has sweet fruit flavours and also sherry notes with layers of honey and vanilla. It gives the right balance with the tandoori-charred lamb, and The Balvenie’s beautifully mellow and combined spice flavours enhance those on the dish,” he explains. 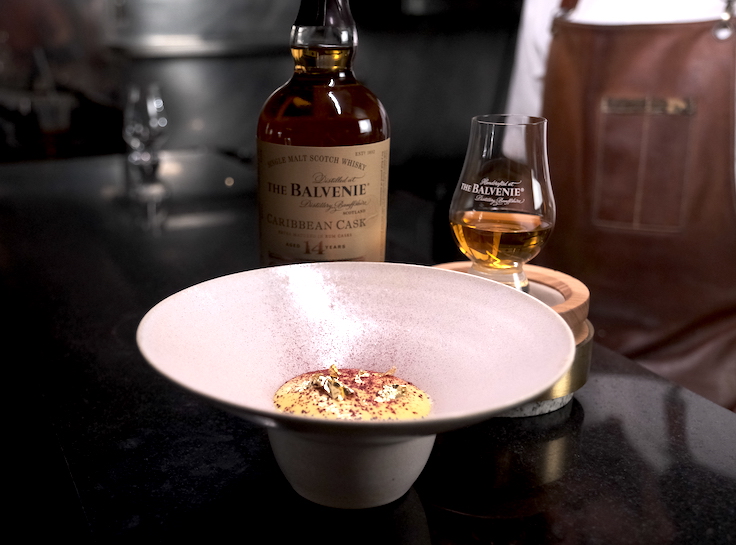 Rasmalai infused with Saffron, Cardamom, and The Balvenie Caribbean Cask 14

For dessert, Thevar adds his own personal twist to a classical Bengali dessert called rasmalai, which has a base of strained milk. “The rasmalai is infused with saffron, cardamom, and The Balvenie Caribbean Cask 14 because of its sweet, creamy toffee notes. I really like how you can get a molasses note in the end. I think it goes well with our dessert,” he explains. “To go with the rasmalai is a ghee cake with milk powder, similar to the texture of a gulab jamun. And then it is served with cinnamon ice cream and a saffron cloud.”

“The food at Thevar is all about flavours. I can't emphasise enough how much flavours are important to me, and to be able to plate Indian food in an unconventional way excites me. It involves a lot of innovation, while preserving traditional flavours and heritage at the same time,” says Thevar. 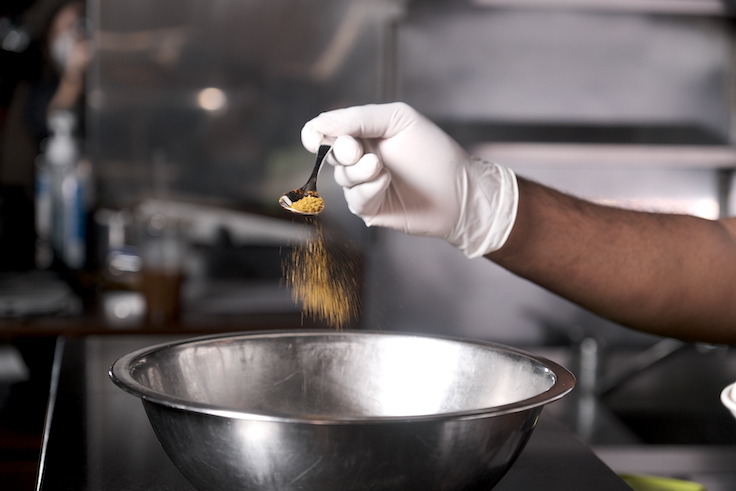 “The food at Thevar is all about flavours. I can't emphasise enough how much flavours are important to me, and to be able to plate Indian food in an unconventional way excites me.”

“At Thevar, we use the best ingredients we can source and create a ripple effect starting from the concept, up to the moment it reaches the customer's mouth. The Balvenie’s craftsmen have gone through a similar dedication in whisky-making throughout the years, in the same way as we have done with the cuisine at Thevar,” the chef adds.

The Balvenie takes a lot of pride in their dedication to handcrafting whiskies, and a huge part of this is made evident in their continuous dedication to the Five Rare Crafts: homegrown barley, their malting floor, copper stills, The Balvenie’s cooperage (their range of casks), and the mastery of skill as displayed by their very own malt master, David C. Stewart. With an intimate and formidable understanding of whisky making, the process involves a combination of expertise, skill, and ambition, which results in The Balvenie’s unique set of characteristics. 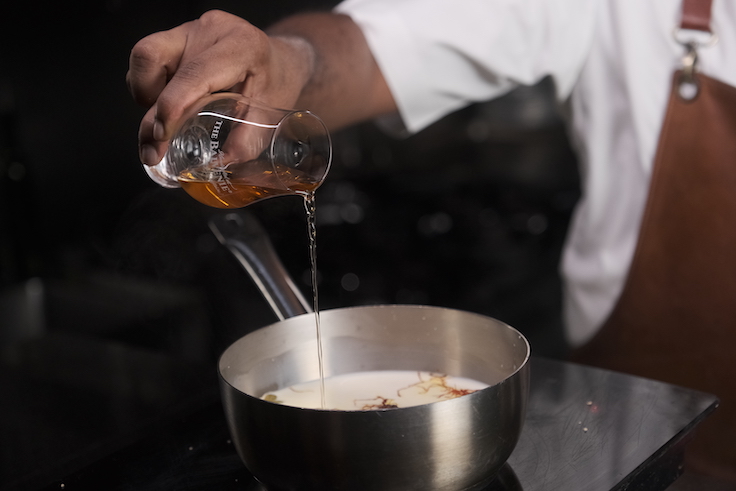 The Balvenie’s unique set of flavour characteristics come from an intimate and formidable understanding of dedicated whisky making.

“To me, craftsmanship comes from creating with patience, care, and attention to detail. You can never ace it within a day. You have to practice constantly to achieve perfection.”

These exacting standards are all the more critical when it comes to carrying forth a cultural legacy. “Our guests watch every single thing we do and put out on a plate — be it the size of the vegetables we cut, to the way the dishes are prepared. Indian culture dates back 8,000 years at least, and you do not want to mess with that, or you'll be getting a lot of angry people at the door,” laughs Thevar.

He adds: “I hope that, in my own little way, I can make my culture proud.”