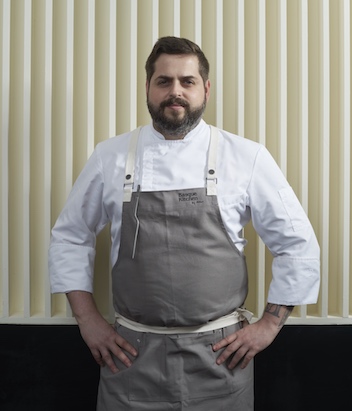 In London, he served as chef de partie in Heston Blumenthal’s three-starred The Fat Duck. In Spain, he put in time at the acclaimed two-MICHELIN-starred Mugaritz and one Michelin-starred Nerua Guggenheim Bilbao. He later joined the pioneering team behind Barbarossa Paco Roncero in Shanghai before uprooting to Singapore in 2016.

For two years, the Australia-raised native Basque chef helmed fine dining stalwart Iggy’s in Singapore and steered it towards its first MICHELIN star in 2017 with his brand of experimental technique-driven cuisine and avant-garde creations. Then in late 2018, he left Iggy’s to open Basque Kitchen by Aitor in a cosy shophouse space on Amoy Street.

The move marked a return to his roots and allowed him to further explore the hearty seafood stews, unctuous braises and char-grilled meats inspired by the traditional home cooking of his Basque grandmothers. “What I set out to achieve when I first opened Basque Kitchen was to first and foremost pay tribute to my heritage and in doing so, hopefully build a greater curiosity, awareness and appreciation for Basque culture here in Singapore,” Orive says. 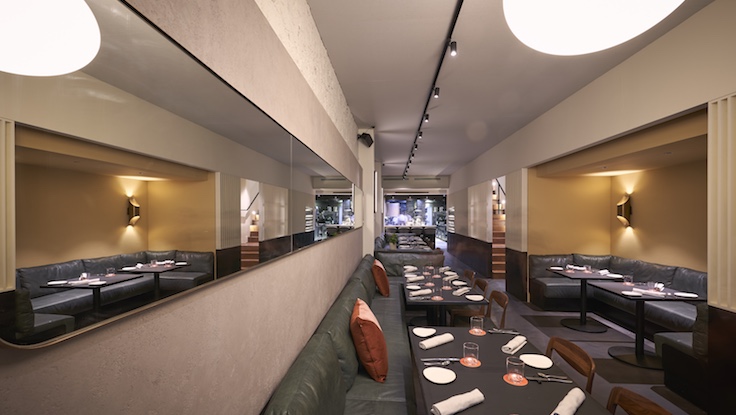 The interiors of Basque Kitchen on Amoy Street (Pic: Basque Kitchen by Aitor)
At Basque Kitchen, the head chef injects modern touches into his traditional Basque cooking while letting the ingredients shine. “Basque cuisine, to me, is all about simplicity and letting the ingredients speak for themselves,” he says. On top of the five- and eight-course Descubrimiento and Experiencial dinner menus, Orive has also introduced a third Menu del Chef that showcases more premium ingredients and dishes, as well as an a la carte menu for those new to the cuisine to dip their toes in. 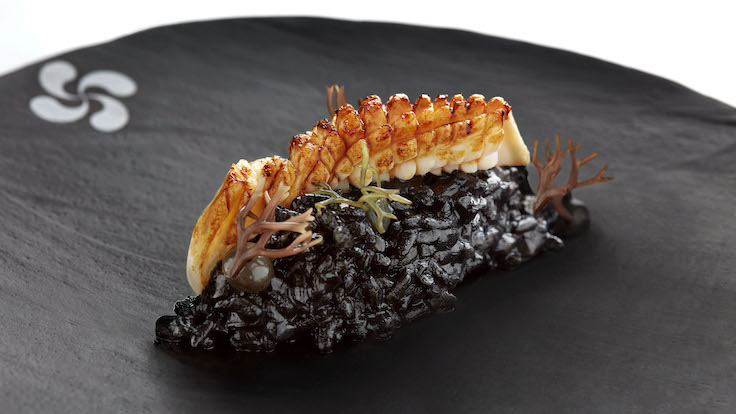 “Arroz de Txipis”, Squid iInk Rice, Black Sesame Aioli, Kabayaki BBQ Squid (Pic: Basque Kitchen By Aitor)
The restaurant received its first MICHELIN star in the 2019 edition of the MICHELIN Guide Singapore, becoming the first Basque cuisine establishment to be selected in the guide. Orive tells us what it was like when Basque Kitchen received its MICHELIN star earlier this year.

What was your first encounter with the MICHELIN Guide?
I first heard of the MICHELIN Guide while training as a young cook. After learning more about the selection process and the sheer amount of passion and hard work that chefs putinto their craft, I found myself pursuing further training in MICHELIN-starred establishments like Nerua, Mugaritz and The Fat Duck, in the hopes of learning from some of the culinary world’s best.

What was it like when for you when Basque Kitchen received a MICHELIN star this year?
I was really pleased, humbled and honoured. I also felt really proud of the hard work the whole team had put in. Basque Country has the highest per capita concentration of Michelin-starred restaurants in the world, so for us to receive such recognition here in Singapore was extremely gratifying.

How did you celebrate?
The same night of the gala, I had a round of supper and drinks back at the restaurant with my team, all of whom contributed in their own ways to make this win possible.

As a chef, what does having a MICHELIN star mean to you?
It is a dream come true for me, and possibly the biggest accolade that a chef can receive. With that said, I think a star comes with an even greater responsibility for us to keep pushing boundaries and maintaining a high standard in all that we do.

What advice do you have for young chefs?
My advice is to always be passionate about food and your job, be patient and work hard. Everything else will naturally follow.
Advertisement
Advertisement

dining out communal dining food news
All articles of People