At the MICHELIN Guide Singapore 2019 Star Revelation and Gala Dinner in September last year, modern French restaurant Lerouy snagged a coveted MICHELIN star. Going on stage to receive the award was its chef-patron Christophe Lerouy — but this, as they say, was not his first rodeo. 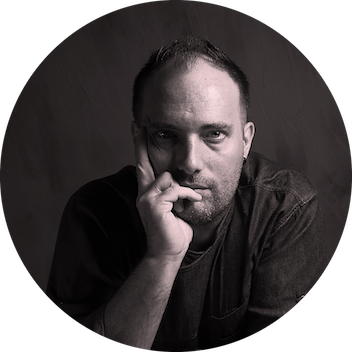 The chef had previously graced the stage in 2016 to receive the one-star accolade for Alma by Juan Amador, where he led the restaurant's opening team as its head chef. But returning to the MICHELIN Star Revelation Ceremony this time, he says, was a fresh experience. “It was magic for me to have a star for my own place. It is a totally different feeling than when I received the star for Alma,” he shares.

The sleek 26 counter-seat restaurant offers Lerouy's brand of modern French cuisine, which combines a myriad of food cultures and techniques drawn from his culinary exploits around the world, including stints living and working in Los Angeles, Shanghai and Marrakech. 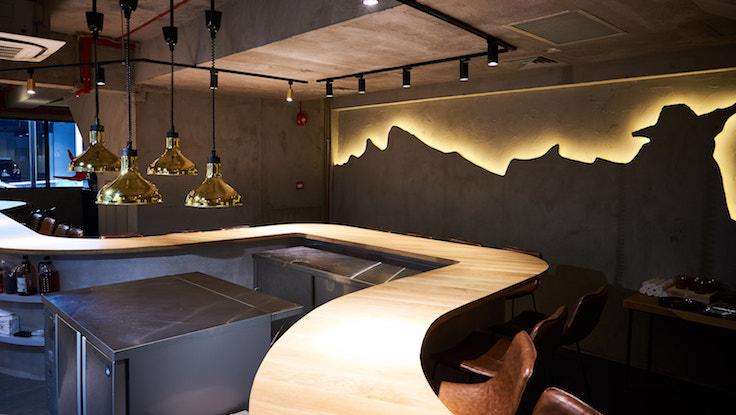 Lerouy's intimate setting with just 26 seats set along a curved counter (Pic: Lerouy)
Originally from Alsace in France, Lerouy received a strong foundation in classical French techniques under the tutelage of renowned chefs such as Christian Le Squer of Le Pavillon Ledoyen, Guy Martin of Le Grand Vefour and the Pourcel brothers at Le Jardin des Sens. Modernist leanings were incorporated in his cuisine after his stint at Amador Restaurant and Cellar at the Park Rotana Abu Dhabi, as well as at Alma by Juan Amador in Singapore.

What was your first encounter with the MICHELIN Guide?
As far as I can remember, my parents, who are restaurateurs themselves, always had a copy in the car or at home. We always had a good place to eat when I was younger.

What was it like when your restaurant received a MICHELIN star for the first time?
The first time that I received a MICHELIN star on behalf of a restaurant was when I was working at Alma by Juan Amador. After working for him for two years in Germany and Abu Dhabi, chef Juan had set me this goal for the Singapore outlet, so I was happy to achieve such a result for him, and for myself.

Then, I wanted to pursue my personal goal of opening my own restaurant. I learnt the hard way that going too fast does not guarantee the best results, and that we can make simple but heavy mistakes. I opened DSTLLRY par Christophe Lerouy, which closed within six months, but I am not a man who accepts failure so easily and I worked even harder. Now, with a good partner and modest investments, I opened Lerouy with a small team: three in kitchen and one on the floor and no dishwasher. On busy nights, I finish late as I do the dishes myself.

Slowly, we won over regulars guests and built a team, and boom, we got our first MICHELIN star last September. It was magic for me to have a star in my own place; it is a totally different feeling than at Alma before. All the hard work and tough moments are finally paying off, thanks to my partner and team who work hard every day. 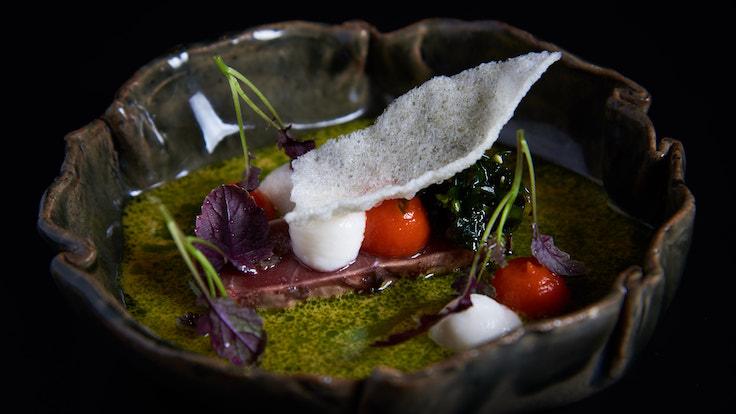 How did you celebrate?
I turned off my phone and then I celebrated it with my partner, team and close friends with champagne until 5am — the next day was not easy following such a celebration! Then a week after, I brought the whole team to Bali to celebrate together and we had a good time.

As a chef, what does having a MICHELIN star mean to you?
My whole career has been built around MICHELIN-starred establishments and the chefs who ran them and it was always my goal to achieve such results. It’s a lot of sacrifice in life as we give more to our guests than to our families and close friends.

Do you have any advice for young chefs aiming for MICHELIN stars?
Be patient! Learn the basics, don’t rush and go too fast, and work hard, then everything will come in due time. Avoid comparing yourself with other colleagues or other establishments, everyone is different and not everything can be compared. Set goals for yourself and do what needs to be done to achieve them. Try to work overseas and expose yourself to other cultures, it will open your mind.

Being a chef is a passion, it is not only a job! Don’t create plates just to look nice for social media but think of their taste instead — this is what I always say to my team.

The First Day We Got Our Stars: Jimmy Ophorst

Ophorst shares more about the emotions he experienced when PRU became the only restaurant in the two Southern provinces of Phuket and Phang Nga — new to the 2019 edition of the Thailand guide — to have been awarded a star.