Meet The Local Couple Behind The Bakery By Woodlands Sourdough

They might have grown up eating cottony white bread, but this husband-and-wife team are now getting a rise out of dense sourdough loaves.

Photography by: Wong Weiliang
Buns slathered with egg cream and topped with fluffy floss. Pillow-y rolls filled with sugary sweet custards. Think of a local bakery and images of these soft breads are often conjured to mind.

Yet, over at The Bakery by Woodlands Sourdough, the loaves on display boast thick dark crusts with an intensely roasted aroma. Co-owned by local couple Nurhasanah Johari, 38, and Chalith Kariyawasam, 35, the small bakery tucked in a corner of Serene Centre along Bukit Timah road is a dream come true for these two former engineers.
Advertisement
Advertisement
How it began

It all started three years ago in their home kitchen. Though the couple grew up eating sandwiches made from popular Singapore brand Gardenia's soft white bread, they found it “good, but could be better”. Romanced by the age-old process of coaxing wild yeast to work with flour and water to create this bread with deep wells of flavour to sink your teeth into, they started looking at videos and joined baking communities on Instagram to learn more about the art of sourdough. Nur also cites popular baker boy Chad Robinson of Tartin Bakery in San Francisco as inspiration. 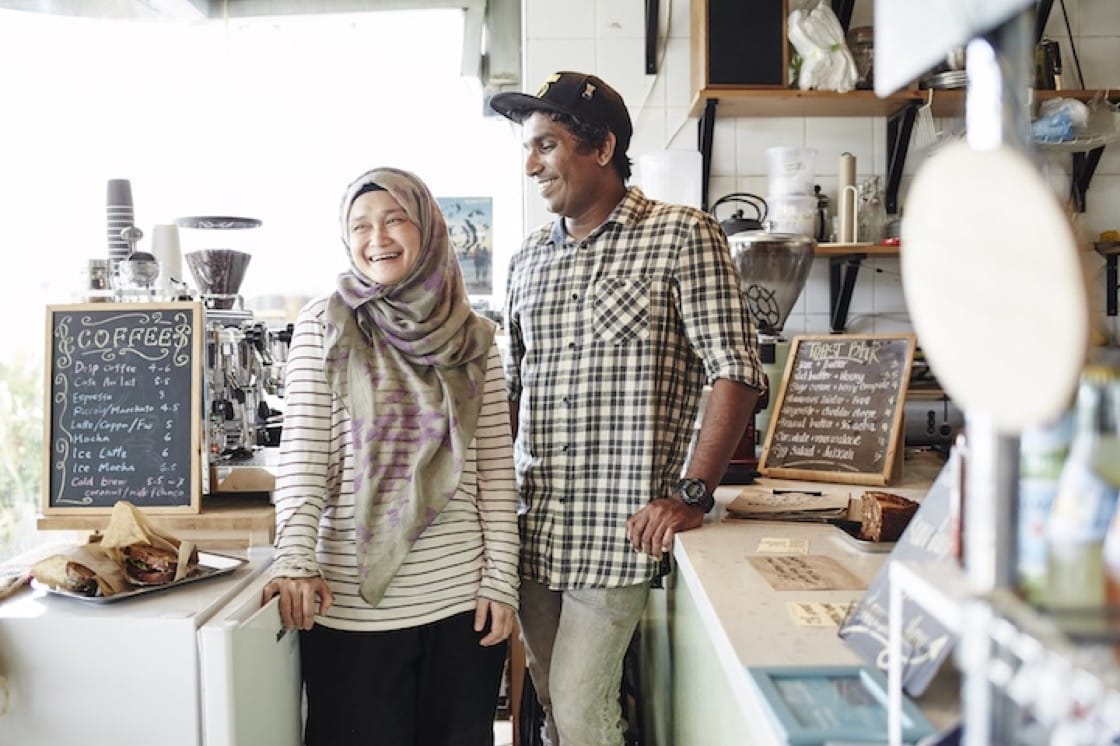 Nurhasanah Johari and Chalith Kariyawasam
Chalith might have been first to try his hand at creating his own sourdough starter, but Nur’s precision and instincts led her to catch up fast. While he tried a standard starter recipe using white flour and water, Nur thought to use whole wheat flour which produces a livelier reaction. Three months later, she had a sourdough starter ready on her first try.

"She just has a natural baker's talent," laughs Chalith.

Soon, what started as a hobby of baking sourdough and making the occasional appearance at farmers’ markets to hawk their wares became a more serious affair when they launched an online subscription service in 2015.

“We started with less than 10 customers who would order our loaves from us,” shares Nur. Word spread fast, and their base of 10 soon grew to 100, before a customer (and now investor) approached them with the idea to open a brick-and-motar store.

“Having a physical store has always been a dream for us,” says Nur.

SEE ALSO: Why Asian breads are softer than European breads 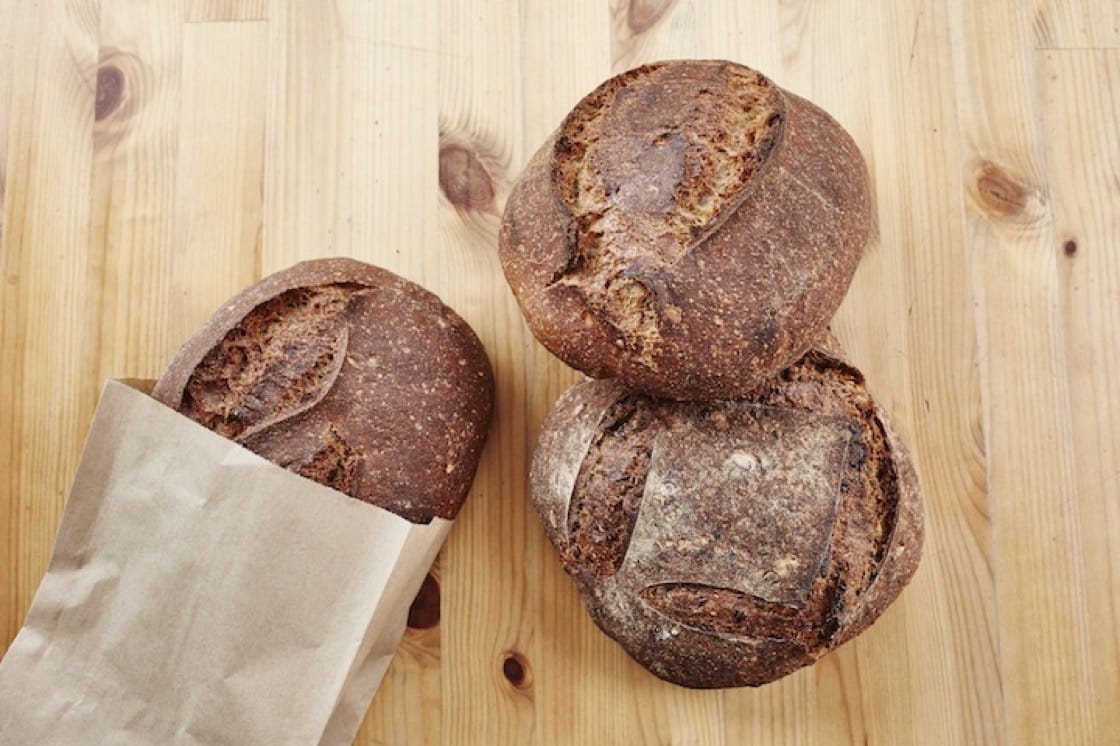 Sourdough on the rise

To be sure, this naturally-leavened bread is rising to prominence here, with more bakeries specialising in it. Artisanal bakery Baker & Cook, for instance, launched Brettschneider’s Baking & Cooking School last year, at which sourdough is taught at its advanced bread-baking course. Meanwhile, new bakery Firebake along East Coast Road uses a massive 37-tonne wood-fired oven crafted from red and volcanic bricks to turn out sourdough loaves that also make their way into hearty dishes of stew and grilled fish.

“Besides going well with everything, there’s also more health benefits with sourdough breads, because the long fermentation process allows bacteria to break down gluten in bread and makes it easier for our bodies to digest,” says Nur.

“It’s a loaf that keeps giving.”
A baker's craft 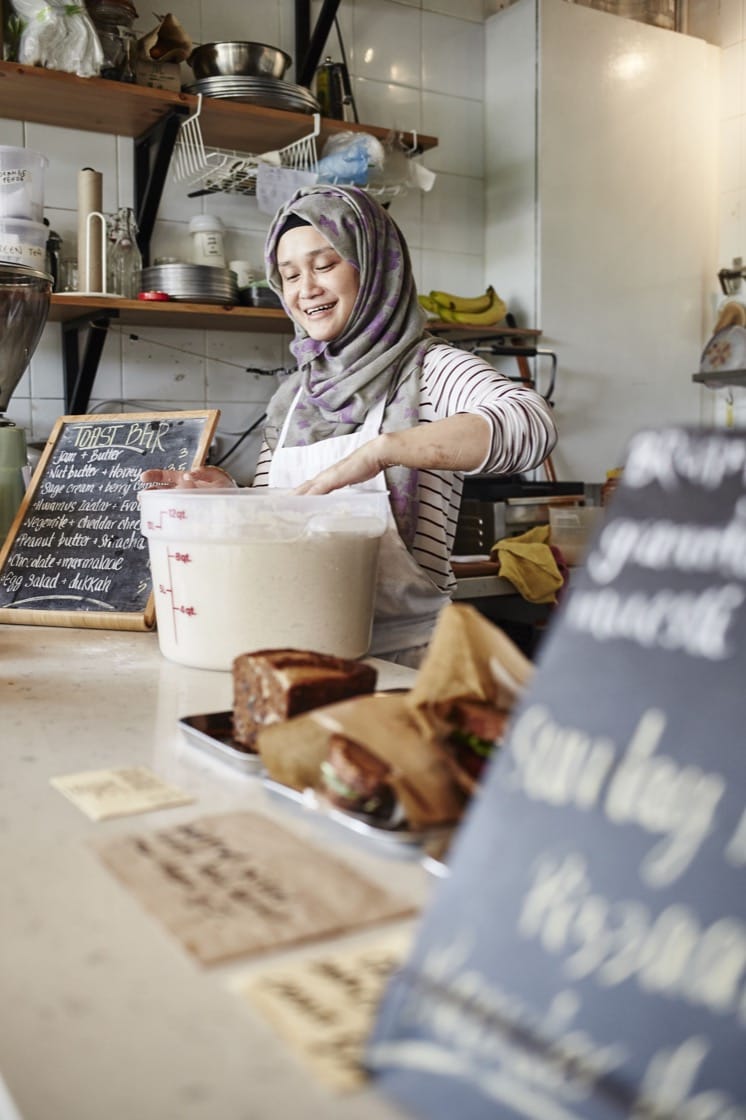 As head baker at Woodlands Sourdough, Nur's day does not end when the store closes its doors at 6pm. Instead, this is when she begins working on the dough to get it ready for baking the next morning.

The process starts with mixing water and flour — Nur uses 50% whole wheat flour - then leaving it to autolyse (bread speak for resting the dough) for nearly 30 minutes.

Salt and water are added to keep the grains hydrated, before the mixture is taken out. Nur then begins to stretch and fold the fluid mass to develop gluten — the key to holding bread together.
SEE ALSO: The art of fermentation at two-Michelin-starred Restaurant Andre

Once the dough is nice and springy, Nur gets it onto a stainless steel worktable to begin pre-shaping of the loaves. This, she shares, is a tricky process that requires deft hands and lots of practise, as the well-hydrated dough is runny and needs to be shaped fast. Her tip: putting water on her hands makes it easier to handle the dough.

The pre-shaped rounds are benched for 15 minutes before she places them in baskets to hold their shape during proofing. These are then left outside to breathe for two hours before they are put in the refrigerator and left overnight for long fermentation. The loaves are baked at 7am the next day, just in time to feed the hungry crowds.
Of toast and kopi 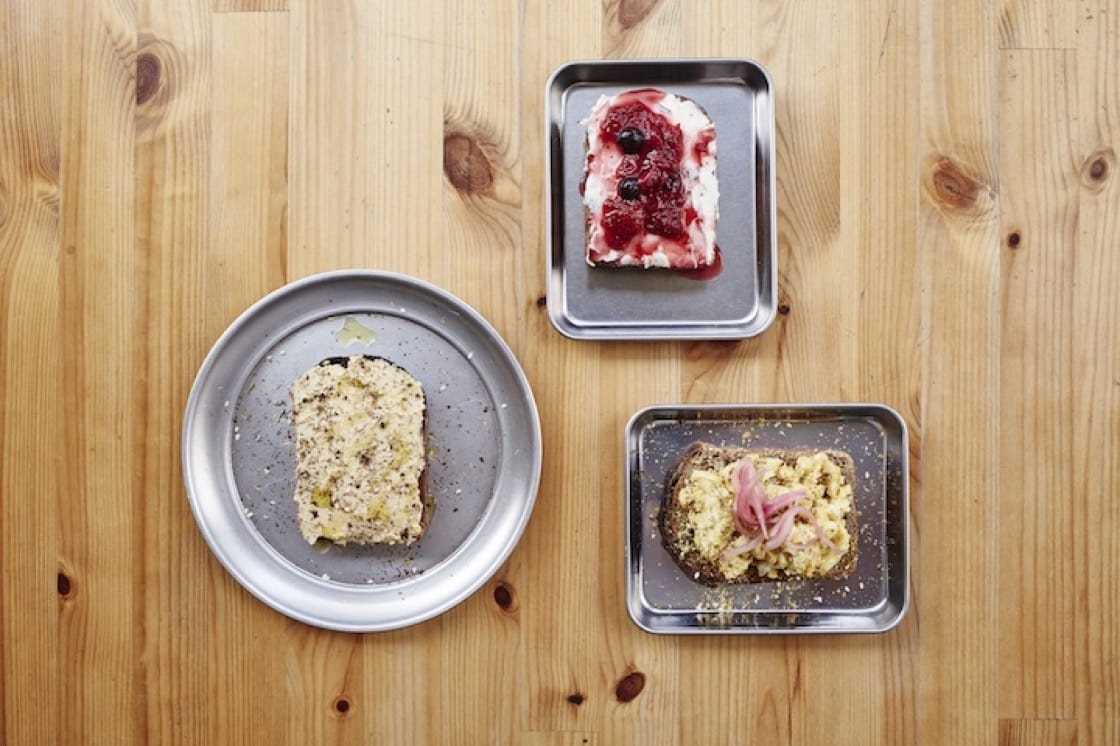 Sourdough toasts with sage cream cheese and berry compote, curried devil eggs and hummus.
Both Nur and Chalith might be charmed by the intense flavours and moist crumb of a good sourdough loaf, but they keep their bakery accessible to locals by offering items such as toast on their menu.

"In Singapore, our breakfast culture is usually slices of toast with a cup of kopi or teh," says Chalith. "We wanted to have a menu that is similar to that, too."

Here, the freshly baked loaves are sliced and toasted, then topped with delicious house-made spreads inspired by their travels. The popular sage cream cheese with berry compote, for instance, was sparked by a trip to San Francisco. The couple also serves a good selection of filter coffee to go with the breads.

"The toast is a good way to show locals that sourdough bread isn't hard and dry like they believe; in fact, a good sourdough has a moist savoury crumb," shares Chalith.

In this list, we champion six stalls that serves the crispy, golden bun for breakfast (and dinner).

From the wafer-crispy to the super fluffy, here are five breakfast spots for your morning kaya toast.

Technique Thursday: How To Make Your Own Sourdough Starter

Here's the spark to create a blossoming romance between wild yeast, flour and water.