From the wafer-crispy to the super fluffy, here are five breakfast spots for your morning kaya toast.

Here's an oldie but a goodie. For many Singaporeans, this is the breakfast they've grown up with; slices of toasted bread slathered with a thick layer of kaya and topped with a cold pat of butter. Viscosity of the kaya varies from shop to shop as does the thickness, crispness and and texture of the bread. But one thing is for sure, it's usually accompanied by a good cup of kopi and a pair of soft-boiled eggs. These are a few of our favourite things.

Here are five spots where you can get your fill of bread and pandan-coconut jam. 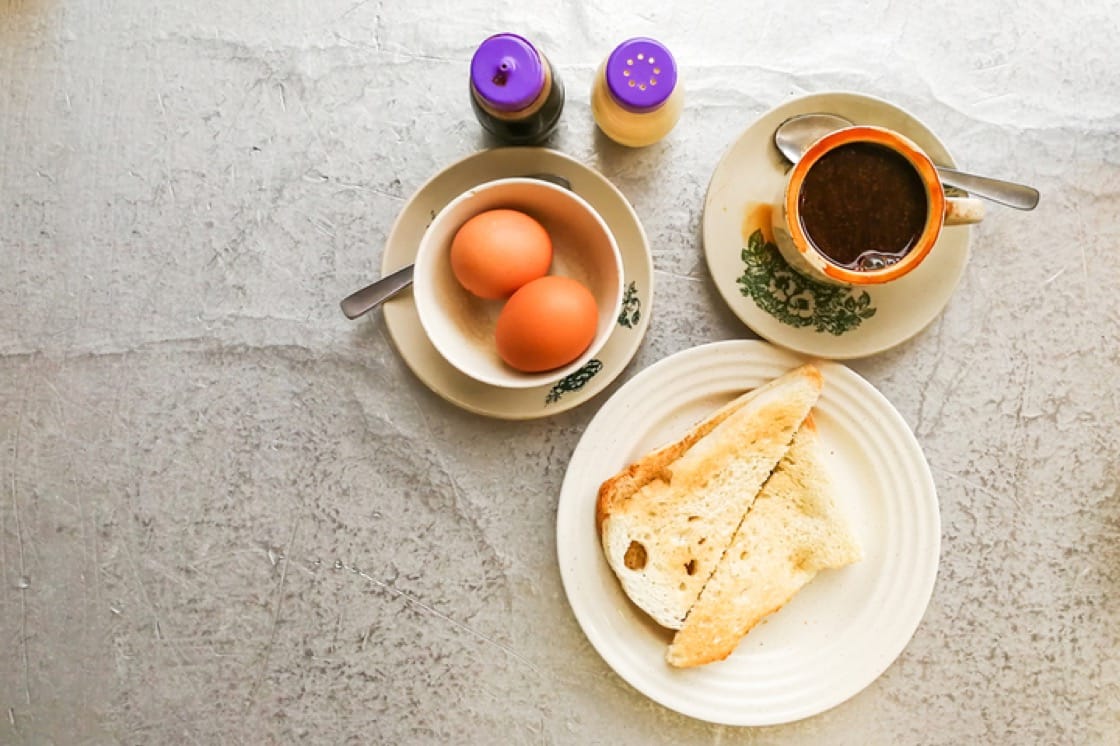 Typical Singaporean breakfast to be had at a coffee shop
1. Tong Ah Eating House
35 Keong Saik Road
Opening hours: 7am to 10pm, daily.

It was one of the country's most iconic coffee shops for its location at the pointy in-between of Keong Saik and Teck Lim roads but it has since vacated its prime location for a stall that's – thankfully – just across the street.

An extensive menu is served up all day but what we're really after is their signature crispy toast that's perfectly primed for the kaya, which they claim to be homemade and slow-cooked over a fire for more than ten hours.

It may be called Coffee Hut but its toast deserves a special mention. Unlike Tong Ah's breads that are crispy all-around, Coffee Hut's has a nice crisp to fluff ratio. The secret, the owner shares, is in his use of fresh bread. The result is a toast that's crisp on the outside and beautifully soft and fluffy on the inside.
Advertisement
Advertisement 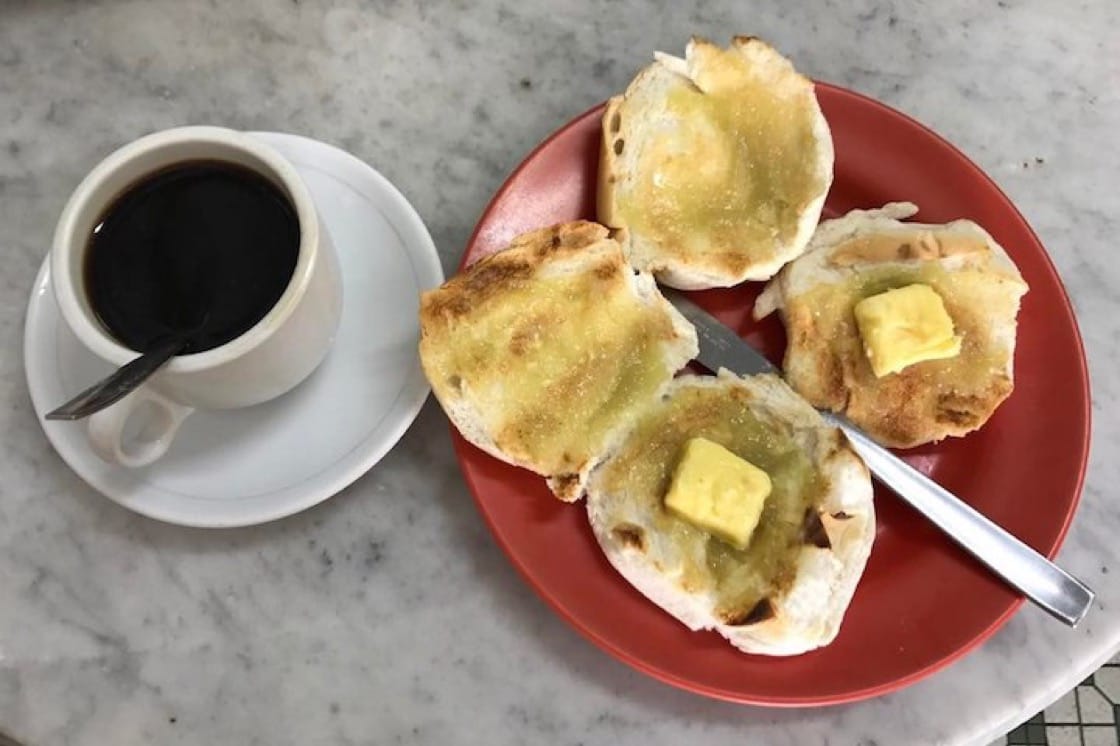 Instead of slices of bread, Chin Mee Chin employs round buns for their toast
3. Chin Mee Chin Confectionary
204 East Coast Road
Opening hours: 8.30am to 4pm, daily. Closed on Mondays.

Kaya toast and homemade cakes are the stars in this old-school confectionary, where practically everything is baked and made in-house. The kaya is thick, creamy and perfectly balanced in flavour. And that's served with some butter on a soft, round buns cut into halves. 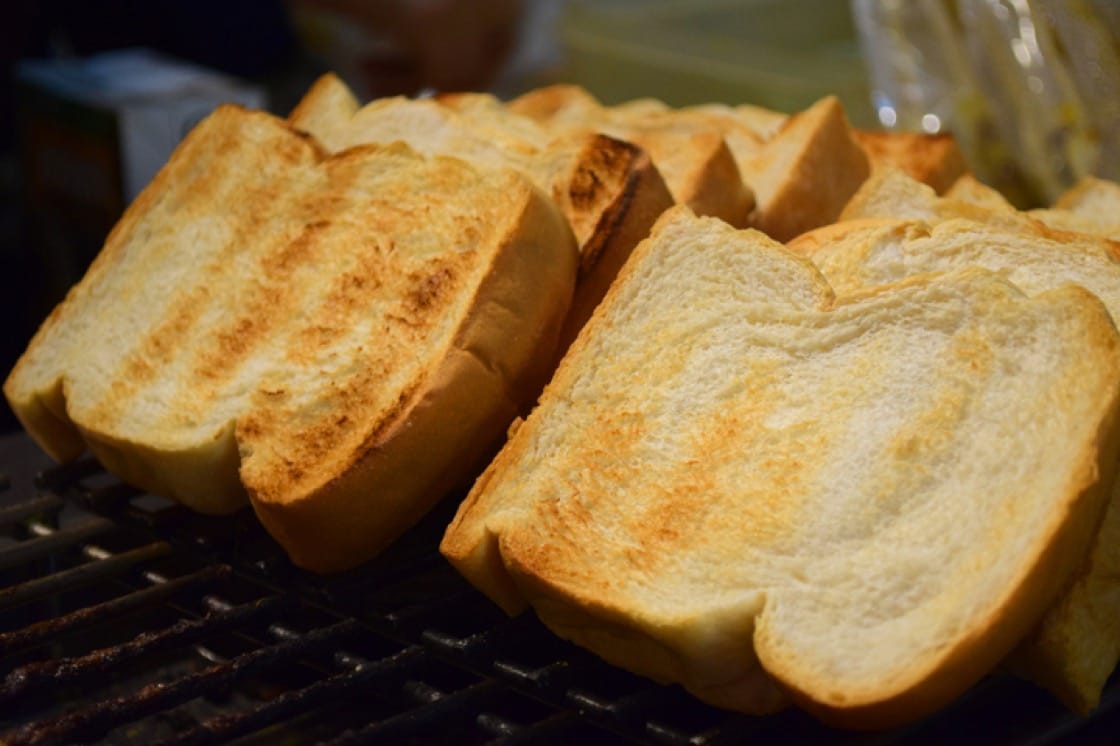 Taking fluffy to the next level is YY Kafei Dian's kaya toast. The breads here are baked fresh everyday before getting sliced up for service. They're cut fat, thick and extra pillowy, which really fills you up; just perfect for a good, hearty breakfast.

Stepping into Heap Seng Leong is like stepping into a time portal. A visit to this institution will transport you back to 1950s because much of the coffee shop's facade remains unchanged; the signboard, tiles and cabinets are over over 50 years old.

This legendary outpost has been pushing out kopi gu you (read: coffee with butter) long before bulletproof coffee found its hype. Kaya toast here is a simple affair and like much of its environment, beautifully unpretentious.

No time to sit and eat your breakfast? Grab a curry puff, banana fritter or any of these handy hawker snacks.

Breakfast Club: 5 Lor Mee Hawker Stalls Where You Mustn't Pass On The Gravy

Start your morning on a savoury note by slurping up this traditional Hokkien noodle dish.

Tiger Street Food Support Fund recipient Anthea Tan reflects on what it was like growing up as a hawker’s child and why she’s picking up the baton.

Sink your teeth into these old-school and new-school pancakes for a grab-and-go breakfast.

Hosting a brunch party? Master a recipe for crêpes and let your guests help themselves to a spread of condiments.

A simple, hearty stew for this stay-in Saturday.