After a year of planning and five weeks of kitchen test runs here, the top Swedish chef is ready to open his first modern Nordic fine-dining restaurant in Southeast Asia.

A slice of Scandinavia has landed in Singapore, from floor-to-ceiling shelves decked out in colourful jars of pickled ingredients such as sea buckthorn and lingonberries, muted wooden panels to stylish furniture.

Welcome to Restaurant Zén, the Singapore outpost of the three-Michelin-starred modern Nordic restaurant by chef-owner Bjorn Frantzén from Stockholm, which will open its townhouse doors to gourmands tomorrow.

The highly-anticipated restaurant opening has injected much buzz in the Singapore dining scene in a year that has witnessed closures of renowned restaurants including Joel Robuchon and Restaurant Andre. Coincidentally, Zén, which is pronounced like the second part of the Swedish chef’s family name, takes over the three-storey shophouse space in Bukit Pasoh that was vacated by Restaurant Andre after it shuttered in February.

However, Zén has also raised some eyebrows by offering one of Singapore’s priciest tasting menus. The 24-seat restaurant, which is only open for dinner, offers only one S$450++ tasting menu that comprises nine courses and canapes.

The price tag, though, does not seem to faze some diners, as most of the dinner sessions up till next month have been booked. A similar menu in Restaurant Frantzén, which is Sweden’s first and only three-Michelin-starred restaurant, costs 3,200 Swedish Krona (S$487).

Speaking to MICHELIN Guide Digital, Frantzén is optimistic that the restaurant’s unique style of Nordic fine-dining complete with a tasting menu that take diners to different parts of the shophouse will sit well with diners here.

He says: “The different pieces of the puzzle fitted well — we found a great location that is similar to our townhouse space in Sweden and we have access to great ingredients. I enjoy the diversity of food here, from street food to high-end Japanese and French restaurants. It is exciting to be here.”  Frantzén is partnering local hospitality group, Unlisted Collection to open Zén. 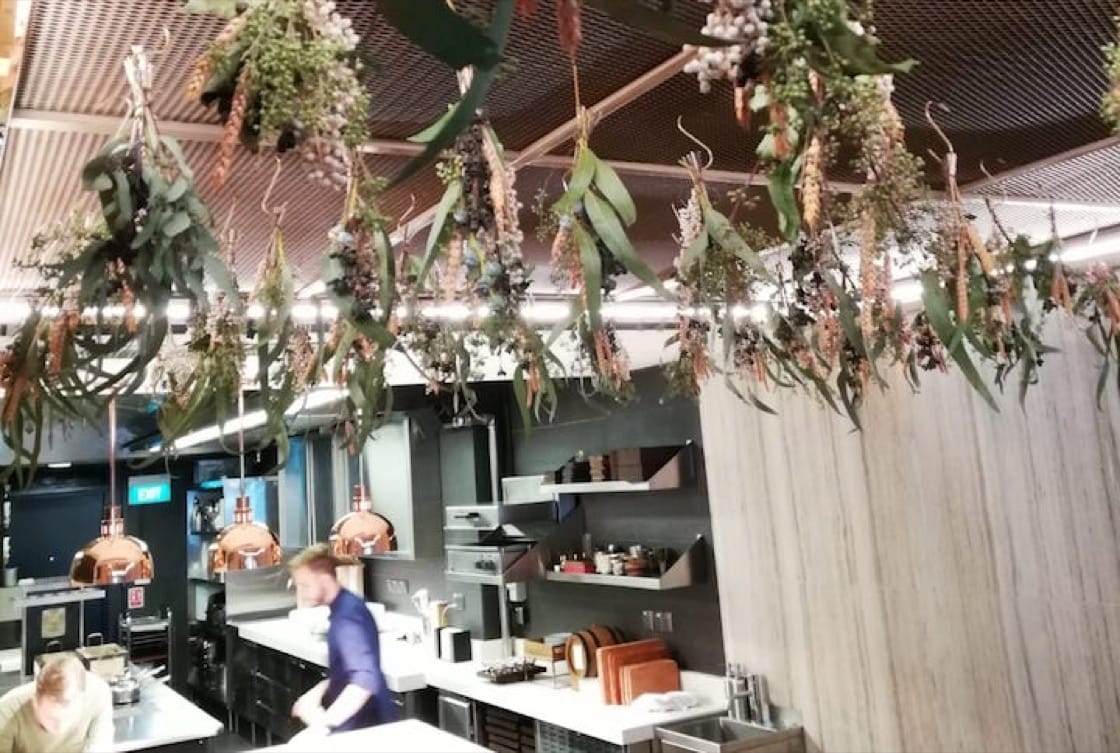 Overlooking the kitchen in level 1 are dried flowers and herbs and a block of cured pork. (Credit: Kenneth Goh)

New dishes make up 85 per cent of the menu

Frantzén and his Singapore team, led by head chef Tristin Farmer, has been hard at work executing and tweaking dishes over the past five weeks of “guinea pig test runs”. About 85 per cent of the dishes at Zén are new.

The acidity level of some dishes was something that Frantzén had to tweak to cater to tastebuds of local diners. He shares: “It boils down to combination of acidity and salt. In Asia, diners squeeze sudachi or lime to add some acidity to their food, but in Scandinavia, we built that element into our food through pickling and fermentation. Some diners may mistake the acidity in the food as saltiness.”

For Zén’s opening menu, Frantzén has opted for the safe route by not incorporating many Singapore ingredients for now.

He says that he has had to adjust the level of acidity for some dishes. “We spent a year planning the dishes for the Singapore restaurant,” he says. “We want to start with things that we comfortable, then we will gradually build up our contact.” 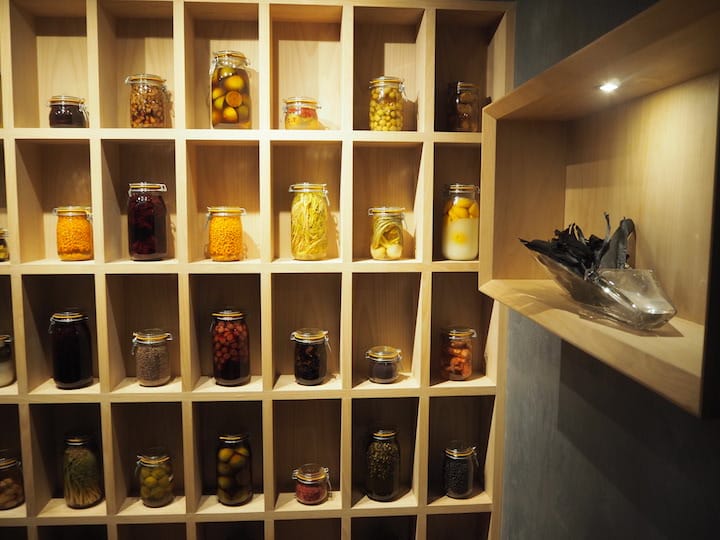 More than 70 types of pickled ingredients from the Nordic region have been brought in. (Credit: Kenneth Goh)
Showcasing Nordic heritage and Japanese touches

One of the starters is the red deer tartare, which is finished off with a shiro kombu, argan oil, black mirin and lime, and topped with a Zén-labelled Italian caviar. He says: “I want to start the meal by showcase game meat, which is part of Swedish heritage and the meat is low in fat which matches with the seasonings.”

Another starter, the chawanmushi is a starter which has the most Japanese influences. Unlike the Japanese egg custard dish that is a star dish in his Stockholm restaurant, the chawanmushi contains horseradish-glazed unagi and is topped with creamy ribbons of sea urchin and a broth made from a 100-day cured pork, ponzu and ikura.

One of the desserts, which is served in the “living room” space on the third level of restaurant, is a sea buckthorn and carrot sorbet drizzled with oil from the Scandinavian berry and served with blue oolong and matcha tea. 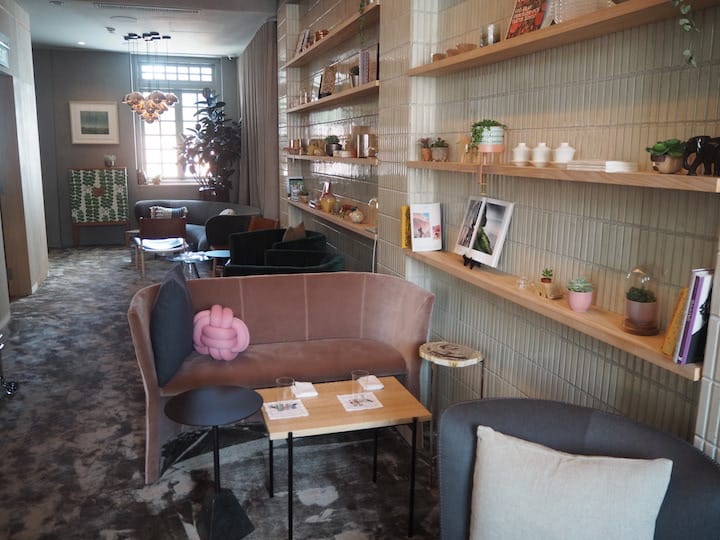 Diners will end their meal with desserts in the Living Room on level three. (Credit: Kenneth Goh)

Excited to use more Asian produce

Opening Zén in Singapore has brought him closer to ingredients “on this side of the hemisphere”, which are difficult to source from Sweden. He says: “Over here, I can get ingredients from Japan, New Zealand, Australia, Thailand. I am super excited about using sea urchin from Japan and dry-aging Miyazaki beef for two months till an almost funky fermentation flavour comes through.”

He also has his eye on spotted prawns, marrons and blackthroat seaperch from the region.

A modern Nordic restaurant is not complete with Nordic ingredients. To that end, more than 70 types of pickled ingredients from Scandinavian have been brought over and are proudly displayed in jars on shelving units en route to the dining room on level two and living room on level three.

The pickled ingredients will mainly be used as garnishes to the proteins that are sources from the region. Other Nordic ingredients include Norwegian scallops and king crabs. 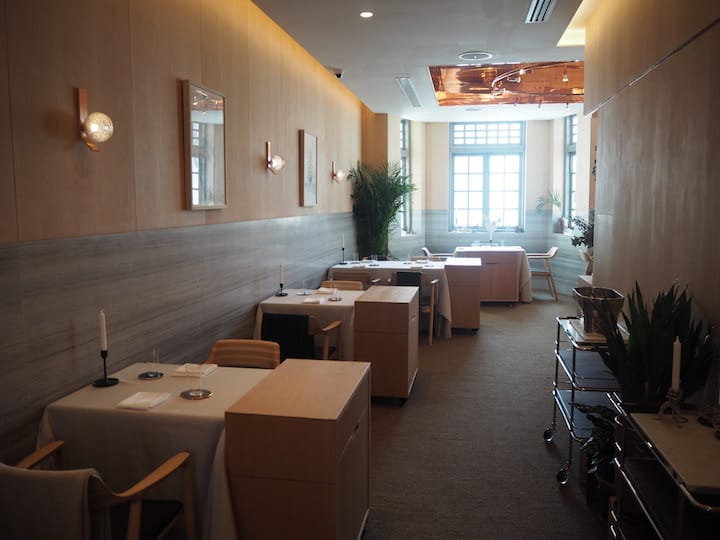 Each table in dining Room on level two comes with a side station for the dish to be finished off in front of diners. (Credit: Kenneth Goh) 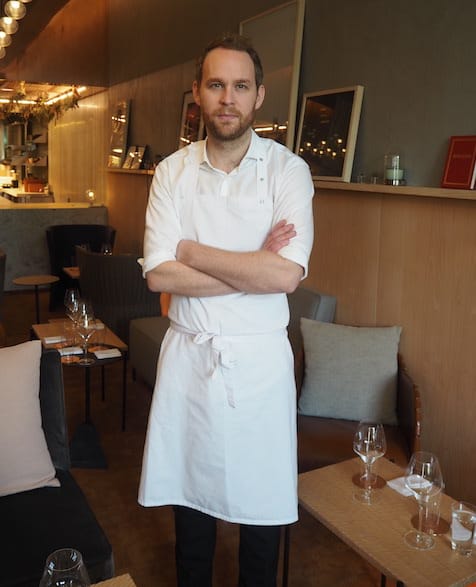 A fun restaurant vibe is his "drug"

Frantzén hopes that diners can bring back “a memory and small piece of Scandinavia, which would make them interested to find out what is going on in the dining scene in the other side of the world”.

Having a “personal, relaxed and fun” dining experience is also vital.

He says with a chuckle: “Going to restaurants is more than delicious food. It is also about having fun, laughter, sharing, toasting with drinks. For me, this kind of restaurant vibe is my drug.”