Christmas wouldn’t be Christmas without a traditional roast turkey at the table and each year in December, supermarket freezer aisles are crammed full of the large fowl as home cooks struggle with the perennial question of how to achieve a perfectly roasted bird. Restaurants and hotels across the island come up with turkey creations for takeaway — some stick to the classic roast turkey with stuffing, others dream up eye-catching renditions.

Roast turkey is notoriously hard to get right with its tendency to get overcooked because of its large size and prolonged cooking time, often resulting in bland, dried-out white meat. Common solutions to this include brining the bird or marinating it in herbs and spices, then cooking it in multiple steps: at low heat first, followed by a good sear in the broiler to brown the skin.

Enterprising cooks familiar with Indian cuisine and spices have since employed the traditional tandoori cooking technique to turkey, marinating the meat in a combination of spices, then roasting it in the oven. 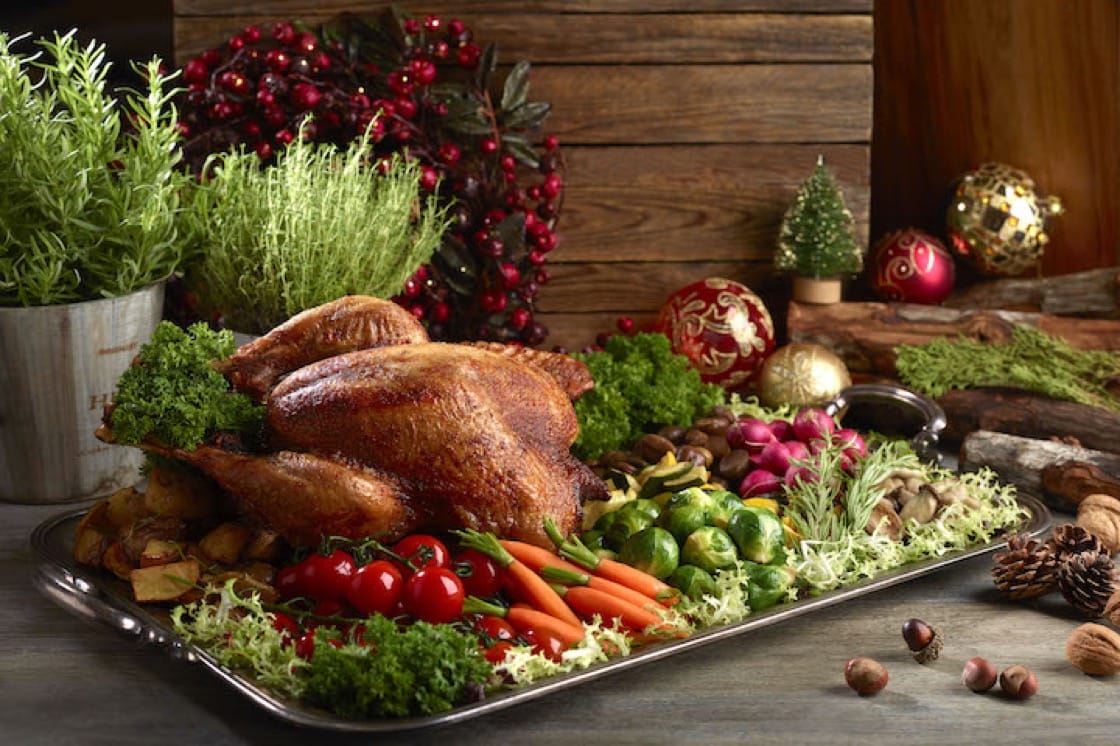 Taking pride of place in a glass-enclosed show kitchen within award-winning fine-dining Indian restaurant Tandoor are two massive tandoors, traditional clay, open-fire ovens in which many of the restaurant’s signature dishes are fired.

In 2015, Tandoor’s sous chef Ramjan Ali was inspired to create his own version of tandoori turkey by making use of the restaurant’s iconic tandoors. “Since then, the Tandoori Turkey remains a signature at Christmas, showcasing our chefs’ culinary prowess with cooking in the tandoor,” says Ken Chaw, executive chef of Holiday Inn Singapore Orchard City Centre where Tandoor is located.
Advertisement
Advertisement 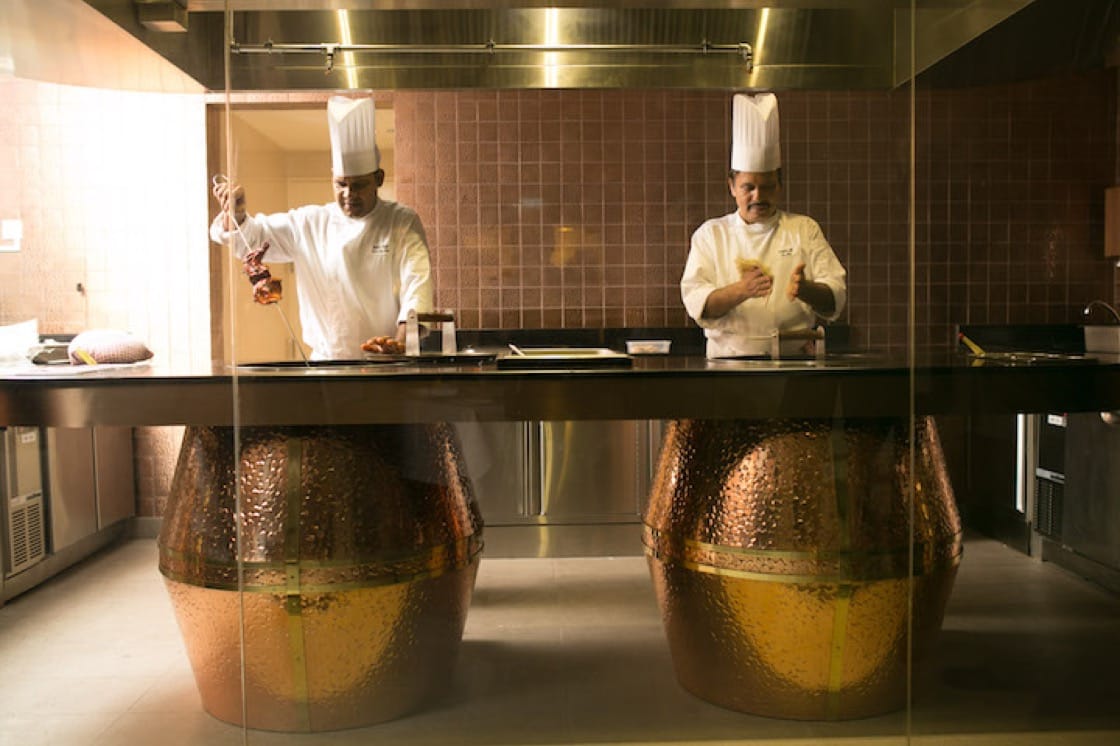 Watch as chefs prepare your food in the tandoors through the show kitchen. (Pic: Holiday Inn Singapore Orchard City Centre)
Tandoor’s recipe calls for plump 5kg tom turkeys. Tom turkeys are preferred for their tastier meat, as compared to smaller female hens, but their size makes them harder to cook. It is testament of the size of the restaurant’s traditional tandoori drums that these tom turkeys are able to fit in whole.

The turkey is first marinated in an array of whole spices like cinnamon, cloves, coriander, cumin and turmeric, then left to rest for about 12 hours while the aromatics infuse deep into the meat, packing it with more flavour than traditional roast turkey. Each turkey is slow-roasted to retain its moisture, then seared in the tandoor for the finishing touch to lock in all the flavours. 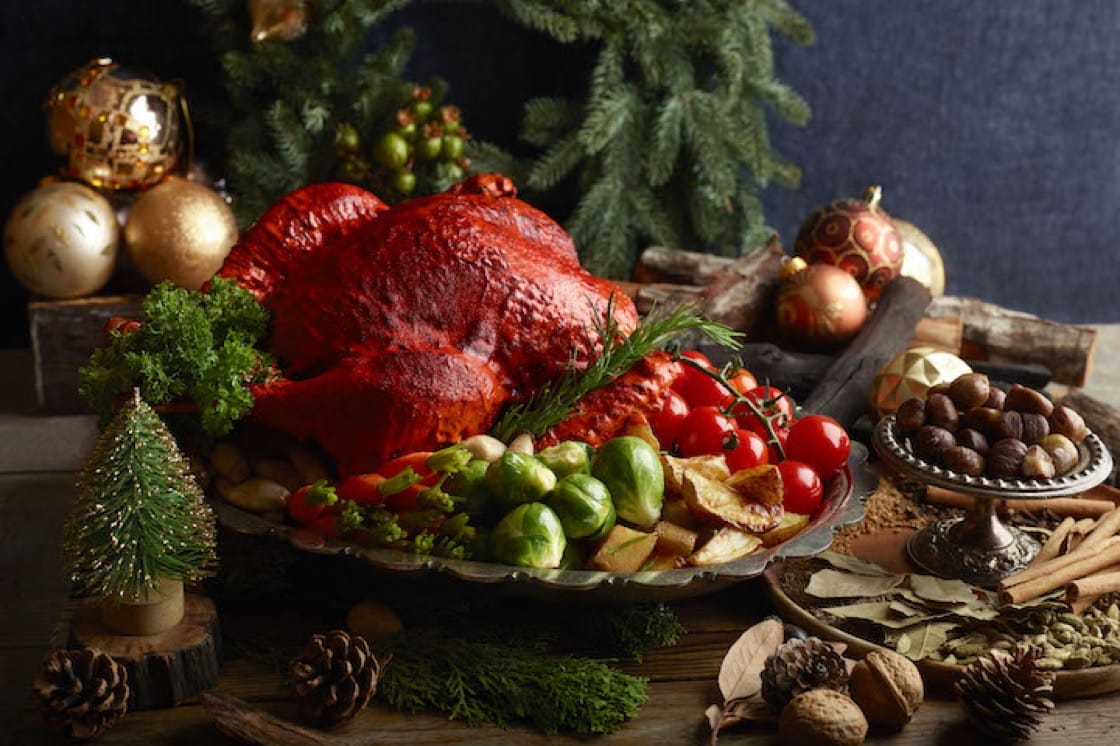 Holiday Tandoori Turkey with Masala Potato.
The Tandoori Turkey is then stuffed with vegetables and served with a side of Masala potatoes for takeaway ($120). Because of the complex cooking methods involved, an advanced order of three days is required for the Tandoori Turkey, which is available from now till Christmas Day. Complement this holiday signature with hot seared garlic naan and you’ll have a feast fit for a king. “The Tandoori Turkey has been a popular item from the festive takeaways selection since its inception, especially among families,” says Chaw. “The sales increase as much as five times each year and that’s why we bring it back year after year.”