A highlight of National Day celebrations every year is the lavish display of fireworks that sprawl and dance across the night sky over the Marina Bay and City Hall areas. While fireworks have been set off every weekend since earlier this month for the National Day rehearsals, the kaleidoscopic display will culminate on 9 August, which is the day Singapore gained independence in 1965. The fireworks display typically lasts for 20 minutes at around 8pm. Instead of squeezing with the crowds, lap up in the magnificent views of the fireworks while tucking into food at these MICHELIN-listed restaurants. 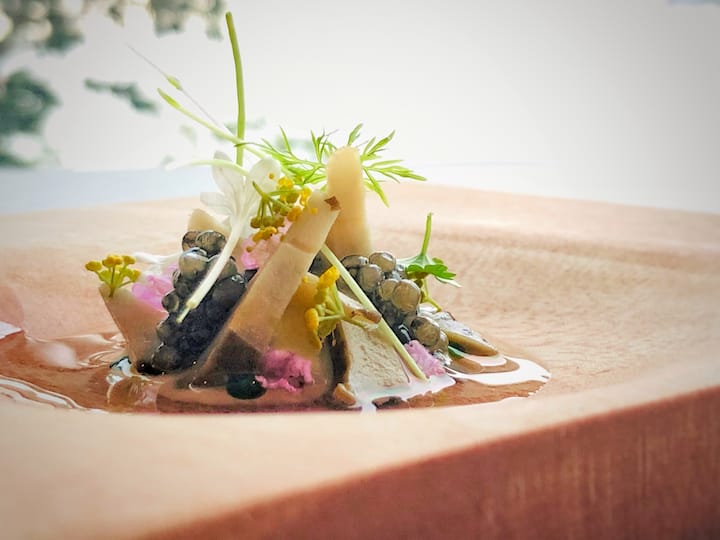 About: Perched at its waterfront location at One Fullerton, one-MICHELIN-starred modern French restaurant Saint Pierre offers unobstructed views of Marina Bay, where the fireworks are set off. Belgium-born chef-owner Emmanuel Stroobant, who has lived in Singapore for 20 years, will be presenting his favourite local dishes imbued with French and Japanese influences in a National Day menu on 9 August.

Dishes include abalone congee topped with bang kuang, marigold oil and Osietra caviar, chilli crab, fish head curry that features Nagasaki seabass, and his omi beef rendang, which will make a comeback. For desserts, sweeten the night with lemongrass- and coconut-perfumed pineapple tarts and a kaya-inspired dessert concocted with gula melaka, raspberry, vanilla and pandan.

What Our Inspectors Say: Not only does this smartly dressed restaurant offer great views of the marina, but its assured service and discreet atmosphere also make it a great choice for those on a date. The creative and contemporary French cuisine comes with pronounced Asian elements, with much of the produce sourced from Japan. There is a choice of three set menus: Classic, Discovery and Adventure, all of which are available with wine pairings. 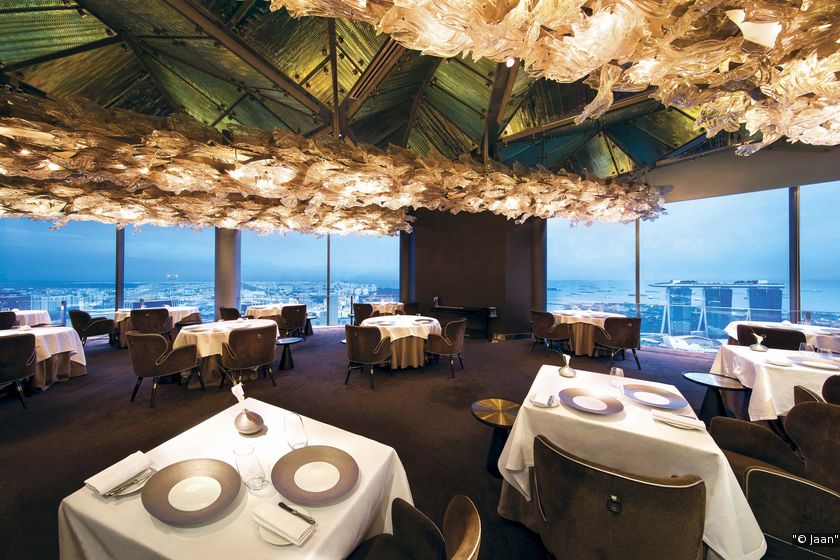 About: One of the most spectacular vantage points of the Singapore skyline belongs to modern British restaurant JAAN By Kirk Westaway, which sits on the 70th floor of Swissotel The Stamford. The scrumptious view from this restaurant overlooks both the Padang and Marina Bay enclave. Besides this visual feast, stay hungry for Westaway’s forward-thinking British-influenced menu at the restaurant, which was rebranded to include his name in June. Westaway’s signature dish is the English Garden, which a visually-arresting medley of more than 30 vegetables, herbs and edible flowers that form a tantalising tapestry of colour, textures and flavours.

The ingredient mix, which takes its cue from seasons in the United Kingdom and Europe, varies daily. The menu also features other British produce such as cheddar cheese, cream tea and butter, all sourced from Devon, Westaway’s hometown in south-west England.

What Our Inspectors Say: Be sure to ask for a window table as this romantic and intimate restaurant is perched on the 70th floor of one of Asia's highest hotels. Its modern menus offer innovative and elaborate dishes and are driven by the ingredients, which are flown in from around the world. There is also a creative vegetarian menu and, if you like surprises, a Menu Epicure. Service is smooth and attentive but refreshingly free from any undue pomp or ceremony. 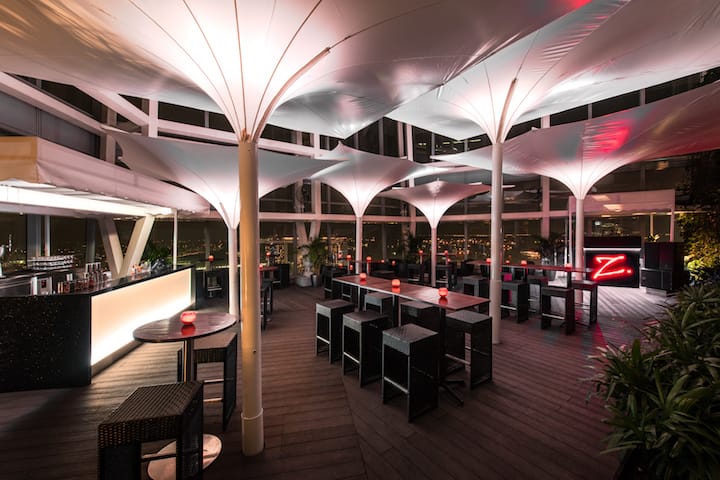 About: Be dazzled by glittering views of fireworks at Italian restaurant Zafferano, which has a rooftop bar on the 43rd storey of the Ocean Financial Centre. For its four-course National Day Table D’hôte menu on 9 August, diners can construct their menu with their choice of antipasti, primi, secondi and dolci.

Open the meal with antipasti such as creamy fresh burratina cheese and raw red prawns from Mazara, then head on to your choice of mains that include stracciatella cheese-stuffed ravioli and superfino Carnaroli Acquerello risotto from Vercelli, lavished with foie gras pâté and quail ragout. Other dishes include roasted eggplant puree and pan-fried lamb loin. Conclude the night on a sweet note with house-made tiramisu and panna cotta.

What Our Inspectors Say: This authentic Italian gem occupies a sizeable space on the 43rd floor of the Ocean Financial Centre and provides wonderful views to go with your Brunello. But it's not just the terrace that draws the crowds — the kitchen shows passion and flair in all it does. Stand-outs include creamy burrata pomodorini with Cutrera olive oil and the various pasta dishes, like paccheri with Canadian lobster claw and luscious tomato sauce. 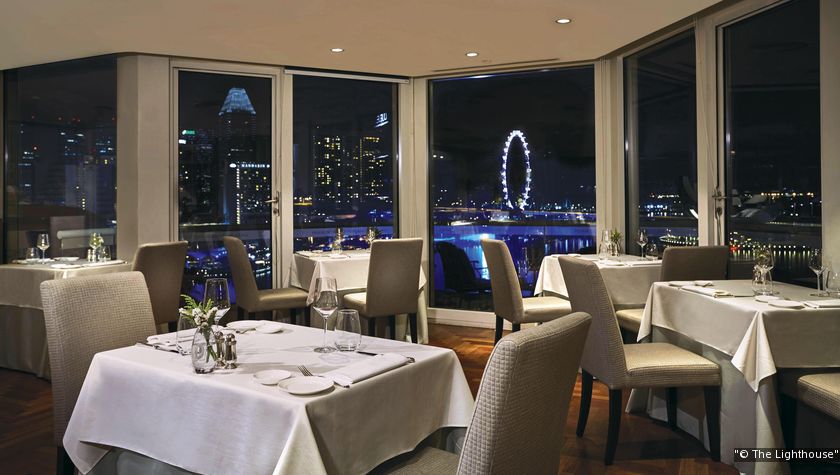 About: The stalwart Lighthouse Restaurant & Rooftop Bar is dominated by a white palette and clean-cut interiors, but also boasts panoramic views of the Marina Bay promenade, which are seen through the restaurant’s floor-to-ceiling windows. Chef Carlo Marengoni is known for his classic Italian cuisine made with produce from Campania, Sardinia and Sicily. Signature dishes include the angel hair pasta with Maine lobster, slow-cooked beef cheek with Campania red wine, carrot puree and licorice, and Orbetello sea bass in seafood broth.

What Our Inspectors Say: Great views, warm service and Italian food — for those looking for a romantic meal this is as close to a sure thing as you can get. Be sure to start with a drink on the rooftop to take in the dramatic vista before moving inside to enjoy the familiar Italian fare. The menu pays much attention to the southern coastal regions; the cooking eschews ostentation and instead focuses on what is needed to make a particular dish delicious. 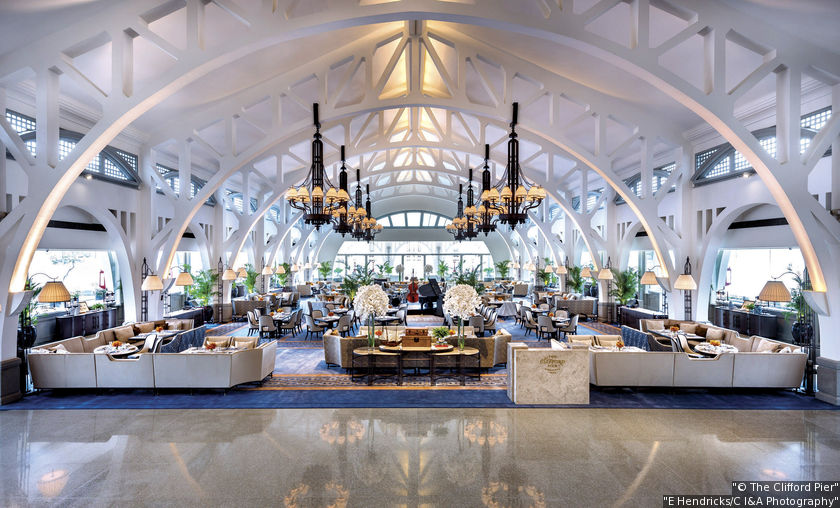 About: Overlooking the Marina Bay area is the historic Clifford Pier, which used to be the landing point of Singapore’s forefathers who arrived by boat. The pier is now an all-day restaurant in The Fullerton Bay Hotel. Celebrate Singaporean’s ardent love for crabs with The Clifford Pier’s In-Crab-dible Promotion from 18 to 31 July. The dining promotion features chili crab drenched in tangy chilli and tomato sauce, with deep-fried mantous, black pepper crab and the delightful tamarind and pineapple crab. Diners can get a bird's eye view of the fireworks at the restaurant's al fresco area on 27 July and 3 August, with a dining promotion that includes two bottles of Veuve Clicquot Champagne or one bottle of house spirit and a National Day snack platter.

What Our Inspectors Say: A striking room and a wonderful setting make this one of the more glamorous spots around. The food honours the hawkers who once lined the pier - head for the 'Heritage Signature' dishes such as the Hainanese chicken rice and the prawn laksa. There's also plenty on offer for those not wanting to venture too far outside their comfort zones, with dishes like linguine alla vongole and lobster roll. Start with a cocktail in the Landing Point Bar.