Singaporean cooking doyenne Violet Oon is best known her eponymous restaurant chain, includes two MICHELIN Plate restaurants, Violet Oon Singapore at Bukit Timah and National Kitchen By Violet Oon. However, not many people know that Oon was a food critic for the now-defunct The Singapore Monitor newspaper in the 1970s.

One of the job perks was meeting people from all walks of life, from head honchos and chefs restaurateurs and housewives, from whom she picked up this recipe for itek sio, a Peranakan braised duck simmered in a gravy of tamarind, dark soya sauce and coriander. Oon, who is a Peranakan, also incorporated some input from her aunt for this recipe. 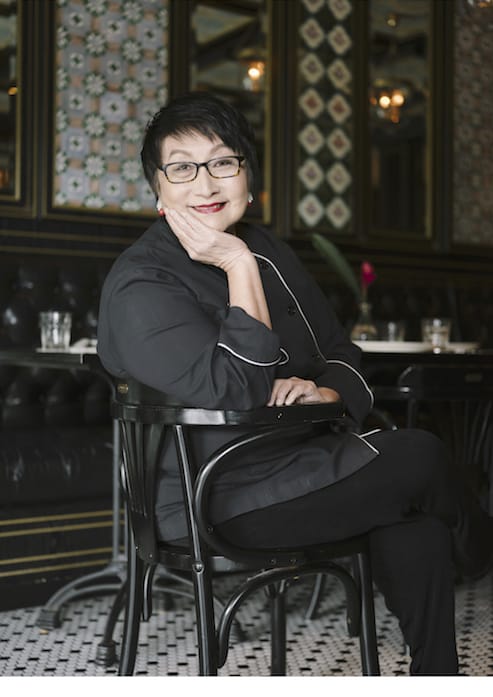 On the origins of itek sio, she says: “Some Peranakan families are Taoists, so they cooked items such as a whole chicken, duck and pork belly after they have been used as prayer offerings in the temple.”

She recalls that the original version of the dish called for the duck to be marinated in soya sauce, sugar, garlic and lengkuas (galangal). The flavours of the braised duck were “punched up” with the addition of assam and coriander, which are widely used in Malay cuisine.

On the dish’s tedious multi-faceted preparation and cooking process, she says: “You marinate the duck overnight, make it tender by braising for an hour, before it is deep-fried and braised again in order to yield the right texture.” To give itek sio an update, Oon suggests serving the dish in the form of pulled duck sandwiched in between steamed mantou buns.

Oon is one of the five well-known local chefs who are fronting the Eat Your History campaign. Other food personalities include chef Haikal Johari, executive chef of one-MICHELIN-starred Alma by Juan Amador, and chef Milind Sovani of MICHELIN Plate Indian restaurant Rang Mahal.

It is part of this year’s Singapore Bicentennial commemoration, a year-long series of events which mark 200 years since colonial founder Sir Stamford Raffles arrived in Singapore.

As part of event line-up, Oon is sharing the recipe for the classic Peranakan dish and has adapted the recipe for home cooking to encourage more Singaporeans to try their hand at making this dish. 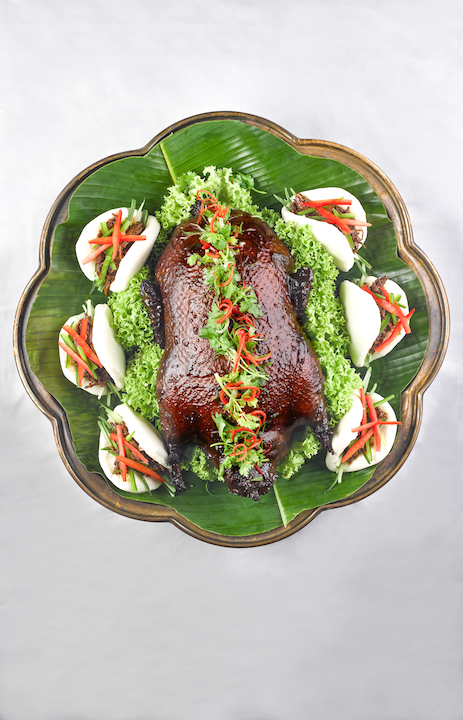 2. Place duck and marinade in a pot. If possible, use a weight to press the duck down, to ensure it is fully submerged in the marinade.

4. The next day, remove the weight, then boil the duck in the marinade until it is tender, for approximately 1 hour.

5. Remove the duck from the pot, and allow it to drain.

6. Simmer the gravy with the additional 4 tbsp sugar until it becomes a thick sauce. Set aside.

7. When the duck is well drained, fry it in oil until golden brown and then chop it into serving pieces.

8. To serve, place duck pieces on a dish, pour the thickened sauce over and garnish with lettuce, cucumber and red chilli.