It turned out that the overcast and humid Hong Kong day when we interviewed Shane Osborn at his restaurant Arcane, in the heart of Central, was special for him for a couple of reasons.

Firstly, he had just committed to staying in his location with a three-year extension, signing with his landlord Henderson Land and ensuring in the process that Hong Kong diners can still choose Arcane as one of the city's most consistent and acclaimed places to eat.

Read What Our MICHELIN Inspectors Said About Arcane

Secondly, it was his birthday. Not just another one, but his 50th. And he chose to spend this significant milestone with his loyal kitchen team, eating pizza and drinking cold beers after service. With his wife and two children living in southwest France, he explained that his team at Arcane are very much his second family, especially during the travel lockdown when he cannot regularly visit France as he would have hoped. 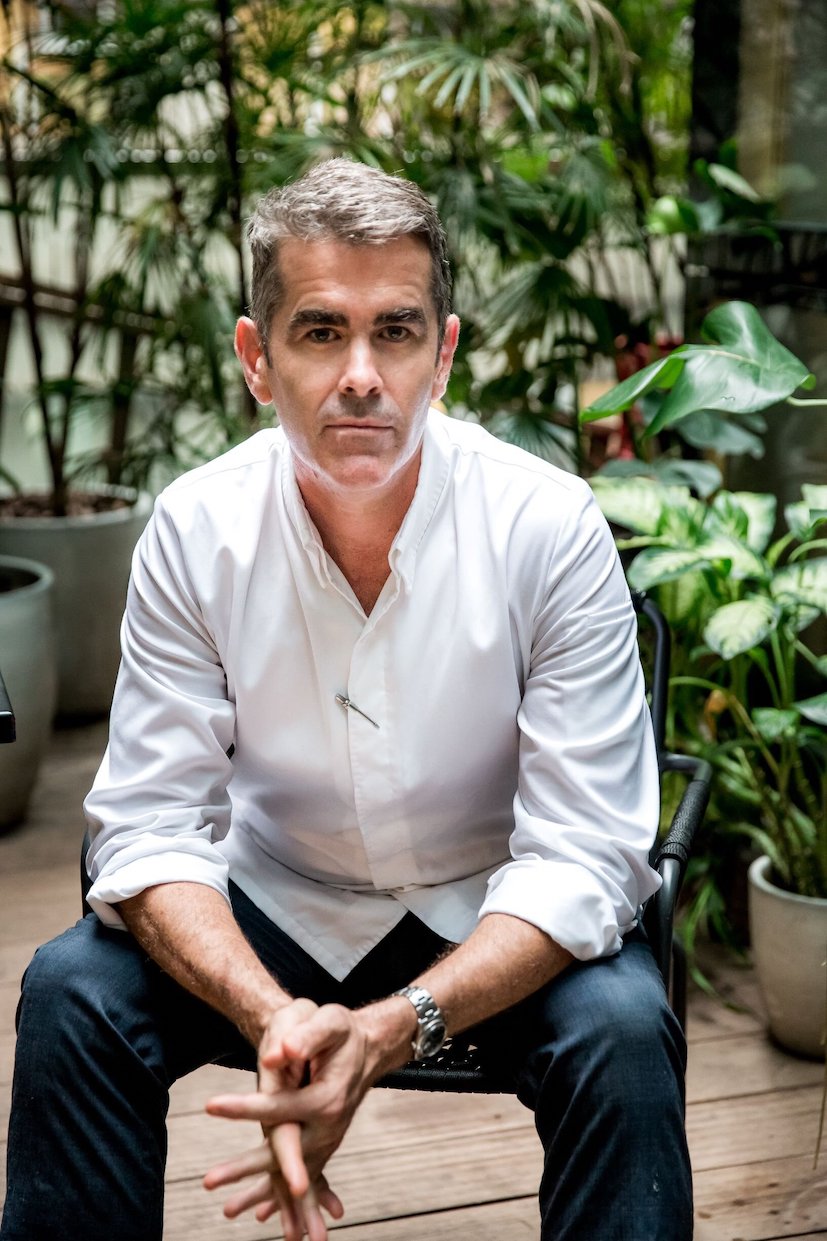 He has always been modest about his stellar career, one that started in his hometown of Perth, Western Australia, before a move to London. It was at the latter city where he cemented his reputation, notably at the then two-MICHELIN-star Pied à Terre, an iconic dining destination in the late 1990's when the British capital's dining scene exploded. Indeed, Osborn was the first ever Australian chef to run a restaurant that achieved one and then two MICHELIN stars.

Hong Kong has been his home since 2011, and over the years he has built one-MICHELIN-star Arcane into a restaurant that the city's gourmands return to time and again. In 2019, he opened a second venue, a casual Australian bistro Cornerstone in the Central district, which received a MICHELIN Bib Gourmand recognition six months out of the gate.

He explains that his signature dish, a sautéed potato gnocchi with charred Cevennes onion, shiitake duxelle, parmesan and black truffle was specially created for Hong Kong and would not have appeared on the Pied à Terre menu in London.

RELATED: The First Day We Got Our Stars: Shane Osborn
Advertisement

“Gnocchi is one of those things I never really liked as I find it very heavy, so being Australian we always like to turn things on its head! So we made a very light potato gnocchi and just tried pan-frying them. It made them very crispy on the outside and fluffy inside.” 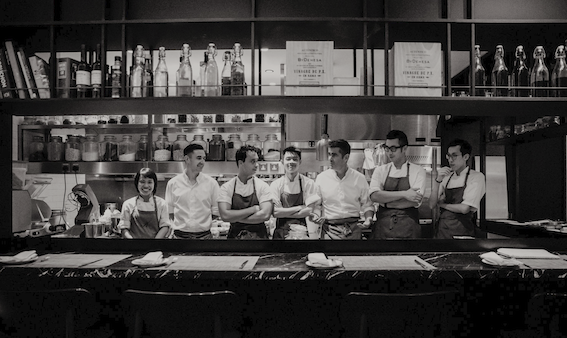 "I wouldn't have cooked a dish like this in London," Osborn says, explaining: "At Arcane, we're not trying to prove a point, not trying to show off, it's just good food in a good environment with proper hospitality. A simple plate of food, not technically clever, something that everyone can enjoy."

It is a typically unassuming answer, but it belies the fact that the dish frequently stops diners in their tracks.

"It's pretty much been on the menu since we opened in 2014 and it's one of those dishes where we wanted a crowd-pleaser. Knowing that people in Hong Kong love Italian food and pasta, we didn't want to do a traditional noodle pasta like a linguine." 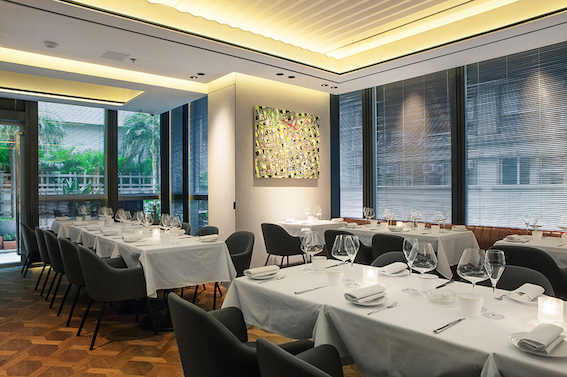 The key theme that seems to run throughout any dish that Osborn crafts is an obvious and simple one: deliciousness.

The setting is a quietly elegant, always gently-buzzing space where contemporary art, a winning soundtrack (that Osborn has made available on Spotify) and the finest stemware, silverware and linen combine to make it an oasis in the always-on heart of the city. The restaurant's terrace not only offers another dining option, but is also where the team grows more than 30 varieties of herbs, fruit and vegetables that feature on the menu.

The ingredients for his signature dish come from around the globe including local farms right here in Hong Kong, unsurprisingly, given that Osborn is a prominent and vocal champion of sustainability in dining.

Of course, it's the sauce and accompaniments that make the dish stand out, a winning combination of earthy and creamy, sweet and gently seasoned: "We whole-roast Cevenne onions, the super sweet ones, cut them into little segments, dry them overnight, then char them on the grill to order," he explains. "So you have these really nice sweet onions with a bit of char. Then we have dried morel mushrooms from France, local Hong Kong shiitake mushrooms, a little bit of Shaoxing wine and Madeira in the sauce with a vegetable nage."

"We finish it with grated Parmesan and whatever black truffle is in season. Now we've just started black winter truffles from Australia," says Osborn. We ask him, as a proud Aussie, for his favourite variety.

“"We use French truffles when they're in season, but I actually prefer the Australian ones — flying the flag for my countrymen! I do think they're more consistent and a better product when there's a good season and this season we're only a few weeks in and already the truffles are outstanding quality," Osborn says.” 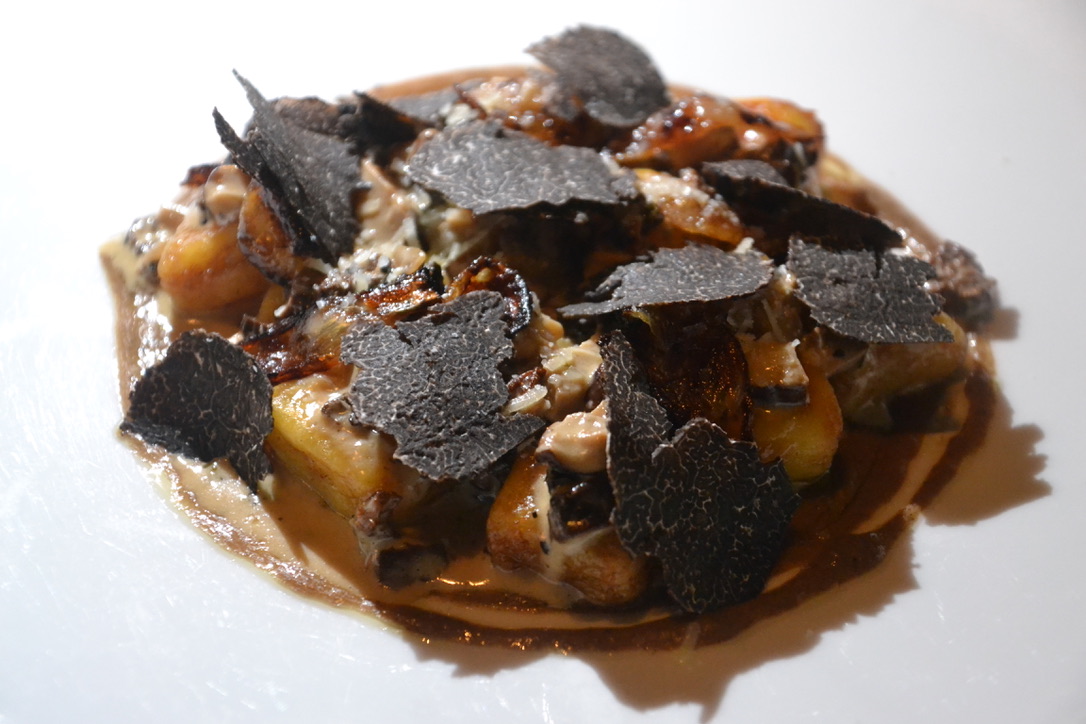 The dish features other occasional tweaks that reflect the seasons or a change of feel in the kitchen, so the restaurant may sometimes change the garnish with wild garlic, toasted pine nuts and broad beans.

However, the original iteration remains hugely popular with diners, so much so that Osborn likes to take it off the menu from time to time.

"We get to the point where we want to take it off when truffle season finishes. We like to change the menu a bit so it comes on and off — but give us advance notice and we can do it to order if it's not otherwise on," he adds.

The gnocchi reflect Osborn's mission and approach to cuisine by avoiding what he calls "tuiles and towers", as "it doesn't need to be put in a frilly dress because it's a statement in itself'.

The same could be said of the restaurant Arcane: a statement in itself and the reflection of a chef who remains quietly but clearly confident in the integrity, quality and consistency of his cuisine. 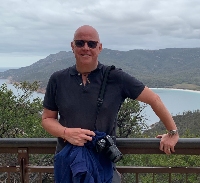