Peter Mayle recalls the carefree life with his wife in Southern France in the book A Year in Provence. In the book, Mayle shares that there are many faces to the beauty of the area. The captivating views and food offerings change according to seasonality. From a hearty, farmhouse-style New Year’s feast, to summer cherry picking and grape harvest in September, these events that sound like exotic fantasies to us are the authentic episodes of the daily life there.

“There, buying olive oil, gathering cherries and truffles are significant occasions. The search for the best food is the essence of life,” writer Amy Cheung Siu-haan summerises Mayle’s book as such. Cheung’s sentiment is not far from how Jérôme Roy, head chef of one Michelin-starred Le Cloître, sees the regional fare. 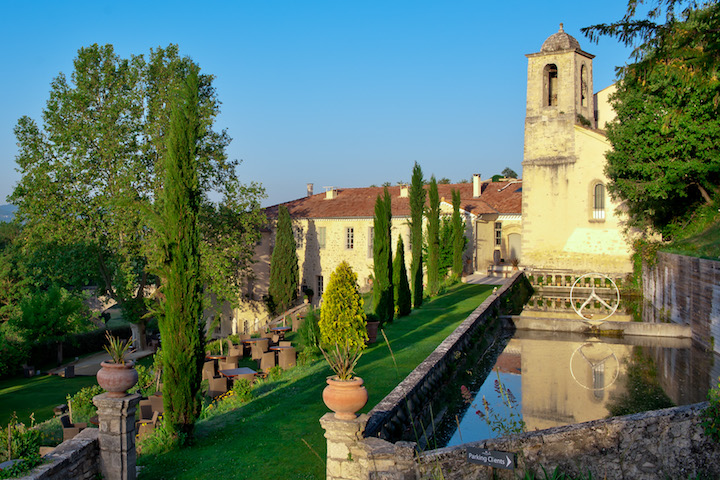 The scenic view of Hôtel Le Couvent des Minimes.
“To me, Provençal Cuisine is the food of the sun. I think of salad with basil and tomato, ratatouille, bouillabaisse and fragrant lamb chops grilled with thyme and garlic. The produce is fresh, and the food is sumptuous,bursting with aroma. It reminds me of being on holiday," says Roy.

Roy believes in the ingredients he finds a close connection with. At Le Cloître in Mane, Provence, all produce are either homegrown – in the fields of La Couvent des Minimes Hôtel & Spa L’Occitane where the restaurant is located – or sourced from local farmers.

“Our regular suppliers are the food producers who live just outside Mane. I know them personally and thus how my ingredients are made, such as the goat cheese Banon,” he says. The Mediterranean climate also blesses Provence with distinctive seasons. Each season offers something Roy loves.
Advertisement
Advertisement 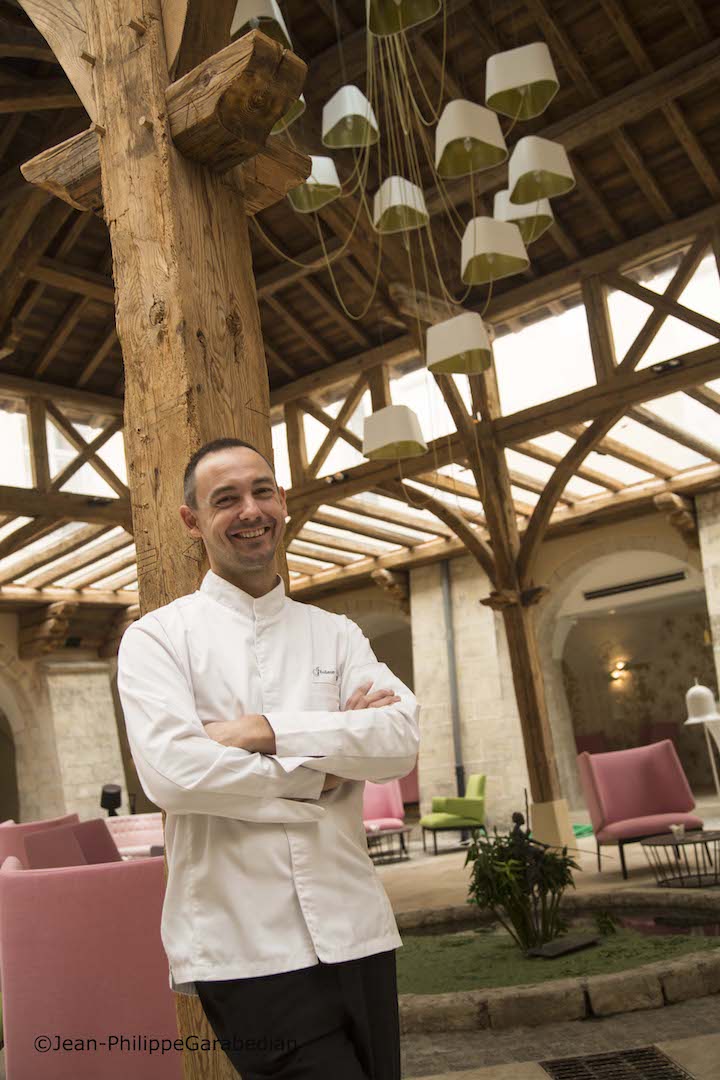 “I use asparagus, green or white, in spring. White asparagus is the star ingredient in three of my dishes – served cold with almond milk; steaming with butter, coconut milk and almond sauce, seasoned with tandoori spices and finished with crab meat and its juice; last but not least, grilled with masala sauce, rosemary and seasoned with lemon," shares Roy.

He continues: "Ratatouille is my favourite dish to make in summer! It’s made from frying local vegetables separately, then cooked gently in tomato coulis. I usually add ginger and chilli and let it simmer for two hours. The local produce is so flavourful that only minimal seasoning is needed. The smells of lemon and citrus are enchanting as well. That’s why lemon juice, lemon peel and citrus sauce often make their way into my dishes.”
Provençal cuisine is obsessed with different types of native herbs, olive oil and garlic. Their brightness elevates the vegetables, meat and seafood freshly harvested from their habitat. Such combinations result in satisfyingly rich and colourful delicacies imbued with rustic characters.

Besides their exceptional taste, Roy thinks there is a healing side to the food of his home region, parallel to the calming views and therapeutic products it is known for. This is reflected in the soothing, invigorating styles of his gastronomic creations. Ingredients such as lavender and almond can be found in both his kitchen and the spa treatment of L’Occitane. Here, Roy interprets the iconic elements in Provençal cooking below. 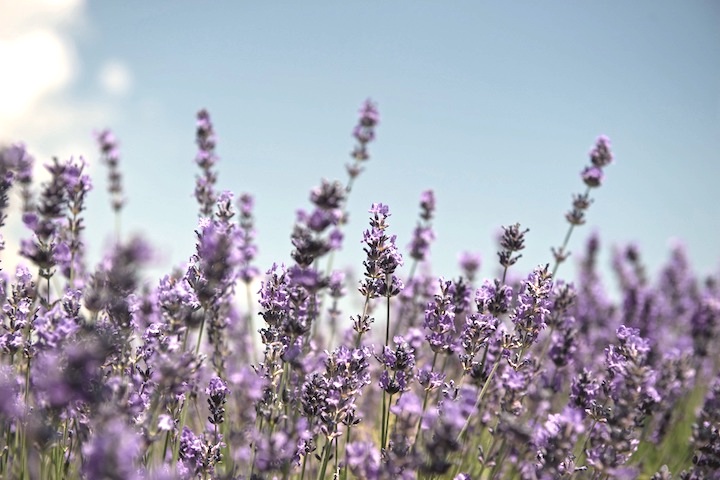 Lavender
Provence is inseparable from lavender. The purple flower thrives in the Plateau de Valensole, as the fields turn into the glorious Routes de La Lavande every July, capturing the heart of countless tourists.

“I love using lavender because it represents Provence. But it’s actually quite challenging to put it in a dish, since it has such a unique taste,” says Roy. He infuses lavender in butter to create a sauce, which is drizzled on Sisteron lamb chops, so the flavours of the ingredients blend together when grilled on open flame. The cooked lamb chops are placed on a chickpea galette and sprinkled with Forcalquier saffron on top. The lavender sauce is the highlight of the entire dish, as its origin is proudly announced through the enticing floral notes.

Tapenade
No Provençal meal is complete without tapenade. An amalgamation of garlic, chopped anchovies, capers, olive oil, thyme and other herbs, the paste is appetising with an acidic edge. While it is usually paired with bread, Roy crafts a wonderful marriage between tapenade and Banon cheese, the tangy sauce cutting through the richness of the cheese. Grapefruit, chard and olive oil serve as delicious final touches. 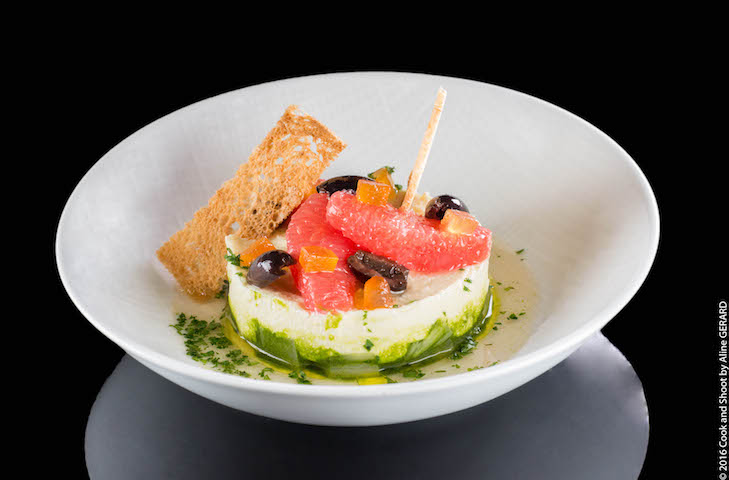 Roy's dish of goat's cheese with tapenade and olive oil.
Bouillabaisse
Every chef has a different recipe for their bouillabaisse, which makes this soup so mesmerising. What’s in common is that its foundation comes from five to six Mediterranean fishes and a lengthy cooking process. The soup is usually served as an appetiser, accompanied by bread and the indigenous garlic chilli sauce rouille, with the cooked fish following as a main course. Roy reinvents tradition by presenting the soup in the same dish with grilled red mullet and mashed potato.

Almonds
Compared to Asian cuisine, the almond nut occupies a different position in the realm of Provençal food. Roy employs roasted almonds as a support to his cod meunière. The fish is battered then fried in butter until golden. The nuttiness of the almonds is magnified by toasting the nuts first,  and is a pleasant contrast to the fish dressed in lemon and kale.
This article was written by Tang Jie and translated by Vincent Leung. Click here to read the original version of this story.
Advertisement
Advertisement