The first half of 2021 was a challenging period for the restaurants in Hong Kong, to say the least. Yet despite everything, the F&B industry is making a soaring return with brave restaurateurs expanding their empires and chefs launching for the first time.

Here, a selective list of newcomers and exciting new moves from MICHELIN-listed restaurants to watch. 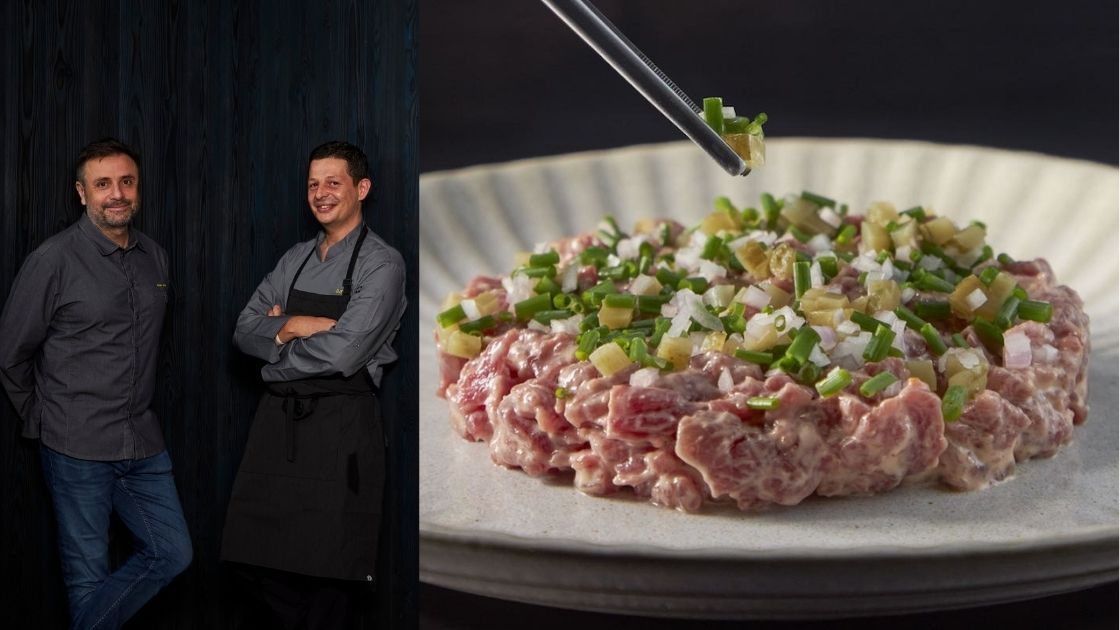 Taking its cue from Parisian bistro dining, Ami offers an a la carte menu of traditional dishes and sharing plates, as well as a “Chef’s Inspiration” tasting menu—exclusive to the private rooms the Salon and the Gallery—that changes monthly to reflect the best produce of the season. 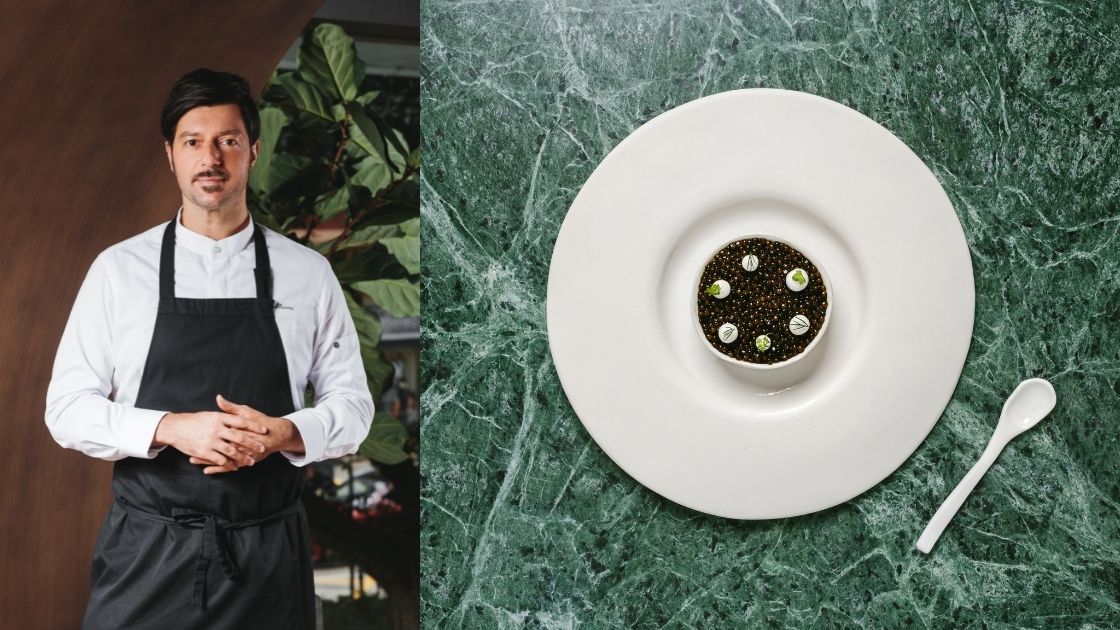 JIA, the restaurant group behind some of Hong Kong’s most popular MICHELIN-starred establishments like Ando and Louise, is welcoming a new Italian fine dining concept drawing on the chef’s culinary heritage and upbringing.

With almost a decade of proven track record leading MICHELIN-starred restaurants in Hong Kong and Macau, chef Antimo Maria Merone has steered L’Altro to earn a MICHELIN star in the Guide's 2013 and 2014 edition, and was recruited by chef Umberto Bombana to oversee 8½ Otto e Mezzo BOMBANA Macau, which has retained one MICHELIN star for six consecutive years under his leadership.

As a Naples native, Merone intends to stay away from pizzas and homely pastas—dishes that people commonly associate with Neapolitan fare—and celebrate his roots with a progressive approach.

Take his Tomato Heritage, an appetiser that brings back memories of summers spent on his family’s farm. The humble fruit is poached and dried, with ripened tomato skins rehydrated to go with a tomato-shaped salted cod dipped in a naturally sour sauce, and clarified tomato water made with four different varieties of Italian tomatoes.

Paying homage to Italy’s rich history and terroir, Merone’s Pigeon Under Ashes elevates the pigeon, an ancient Roman delicacy, by wrapping it in burned artichoke buds and fig leaves, before encasing it in clay, and finally, cooking it in black ash as a nod to the ruins of Pompeii. To complete the dish, the pigeon is served with an artichoke cooked in its ashes, along with a sauce made with Piedirosso wine from Italy’s Campania region. 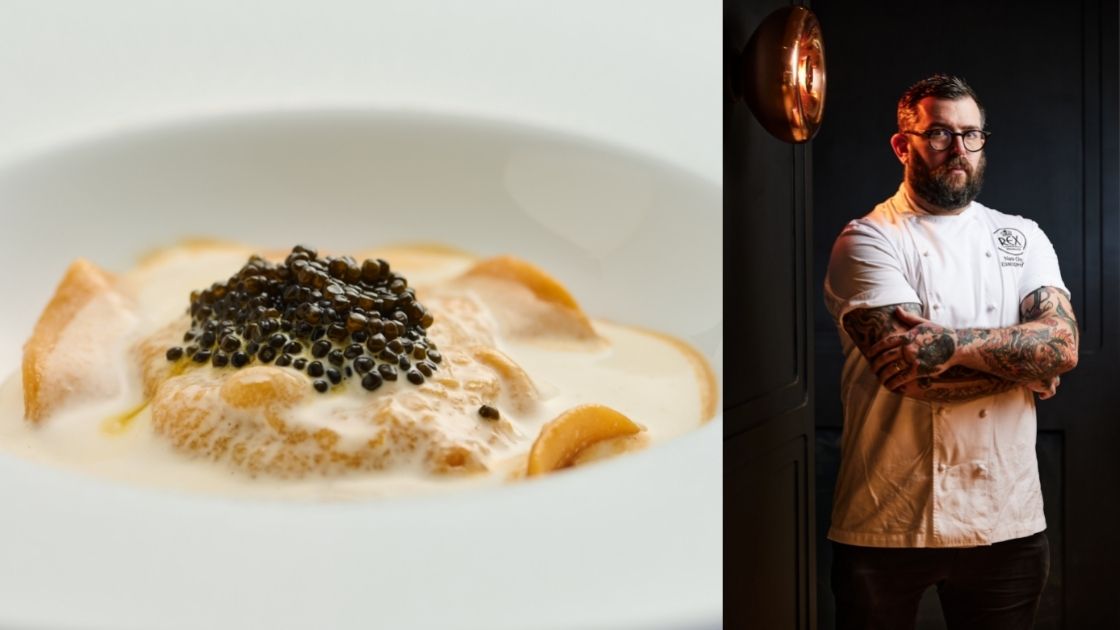 Rex Wine & Grill is the latest addition to Octavo Management Group’s portfolio of restaurants, which includes one-MICHELIN-starred Octavium in the same building.

To sate your appetite before the main event, make sure to try the beef tartare with bone marrow toast, grilled marron with bone marrow butter, bluefin tuna crudo with smoked eggplant and Hokkaido uni, and lobster and scallop ravioli.

Of course, the steaks are the showstoppers, served sliced on a wooden board for sharing and accompanied with Indulgent sides of your choice, such as beef dripping chips, Japanese fruit tomato with shallot and basil, steamed kale and mustard, and tenderstem broccoli with ancho salad dressing.

The ambience is elegant and intimate, with a dimly-lit dining room outfitted with tan leather booths and custom-made Poltrona Frau leather chairs blending in with the black terracotta terrazzo flooring and dark herringbone oak walls. For extra seclusion, two private rooms are available for booking. 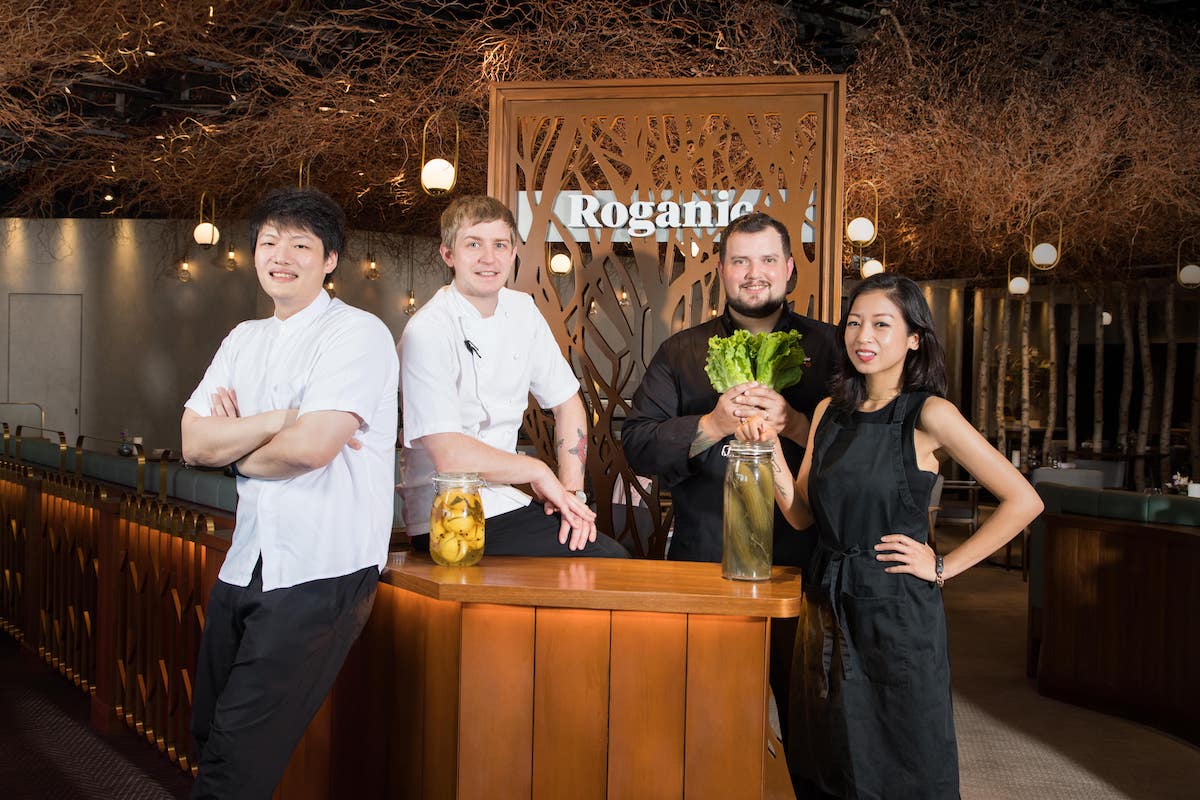 MICHELIN Green Star restaurant Roganic has joined forces with Hong Kong’s sustainability leaders in the F&B industry to raise awareness around sustainable practices and spotlight the unsung heroes behind quality local produce with a series of chef collaborations and pop-up events throughout October.

The month-long series will kick off with the “Climate Action Luncheon” (HK$1,880 + 10%) on October 3, a special charity lunch where all the ingredients, including fruits, vegetables, and seafood, are sourced within 160 kilometers of Hong Kong. Head chef Ash Salmon and his team at Roganic will join hands with chef Agustin Balbi of one-MICHELIN-starred Ando, chef Barry Quek of newly opened modern European with Singaporean influence restaurant Whey, and acclaimed plant-based chef Peggy Chan to raise funds for Zero Footprint Asia, a non-profit organization with a mission to reduce greenhouse gas emissions through carbon farming.

As a tribute to trusted local producers and growers, “A Celebration of Roganic’s Local Heroes” (HK$1,380 + 10%) will conclude the series with a dinner menu spotlighting the source of the restaurant’s favourite ingredients. These include local seafood from Peter’s Seafood, organic rice crackers from Yi O Rice Farm, and vegetables from Zen Organic Farm.

RELEVANT: How MICHELIN Green Star Restaurants In Asia Are Doing Their Part With Sustainable Practices 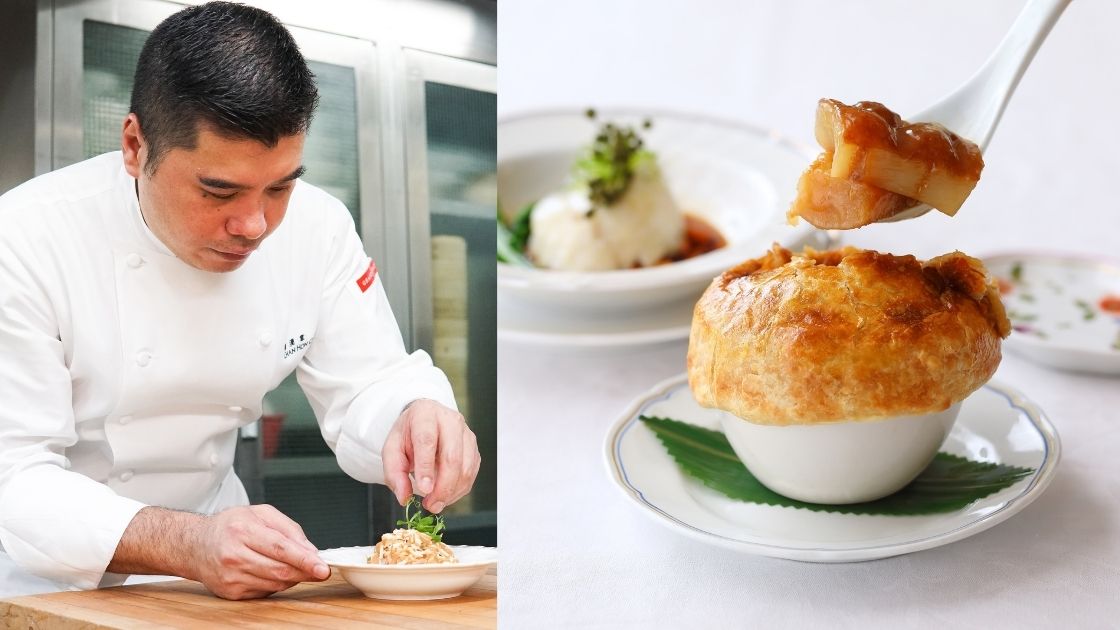 One Harbour Road returns after a one-month kitchen renovation

With a newly refurbished kitchen, MICHELIN Plate restaurant One Harbour Road is back with a bang with a new signature menu that highlights authentic Cantonese flavours, seasonal produce and sustainable practices.

Showcasing his wealth of expertise of regional Chinese cuisines, executive Chinese chef Chan Hon Cheong has drawn inspiration from his travels in China and time-honoured recipes to reinterpret classic dishes.