Yenn Wong is no stranger to running a business in the midst of a virus outbreak. After graduating from the University of Western Australia, the then 23-year-old moved to Hong Kong to revamp an existing three-star hotel into the city’s first boutique hotel, J Plus Hotel, at the height of the SARS epidemic in 2003. Wong’s first taste of the hospitality industry got off to a rocky start, but it was a lesson that equipped her with the adaptability and resilience required to build her restaurant empire, JIA Group, in 2010.

JIA, meaning “home” in Mandarin, is a Hong Kong-based F&B group that prides itself on its portfolio of 12 restaurants, which include one-MICHELIN-starred Ando, Duddell's, and Louise. In 2021, CEO and founder Wong was faced with the challenge of opening a new restaurant concept, Ando, when dining restrictions were in full force due to the Covid-19 pandemic.

But with challenge comes opportunity. With chef-owner Agustin Balbi at the helm, Ando caught the attention of MICHELIN inspectors, who bestowed a MICHELIN star on the restaurant in the MICHELIN Guide Hong Kong Macau 2021, just six months after its opening.

In a city where the dining scene is ever-changing and new exciting concepts are popping up at every turn, how does JIA Group stay at the top of its game? In this one-on-one-interview with the MICHELIN Guide, the Singaporean restaurateur shares insights into staying competitive, pivoting during Covid-19, and "making a splash".

Was it always your goal to open restaurants that operate at a MICHELIN-starred level?

We never set out to win MICHELIN stars, but it has, of course, been a proud moment for the group each time. I have always considered MICHELIN stars to be a great recognition in the restaurant and hospitality industry and we are thrilled that Duddell’s, Andō and Louise have been recognised.

What was your first reaction when you found out Duddell’s was the first restaurant in JIA Group to receive a MICHELIN Star in 2014?

When we first heard the news of Duddell’s receiving a MICHELIN Star in 2014, we were delighted. The recognition was a testament to our hard work and we were overjoyed to be recognised for the outstanding quality of the Cantonese fare and service provided at Duddell’s. 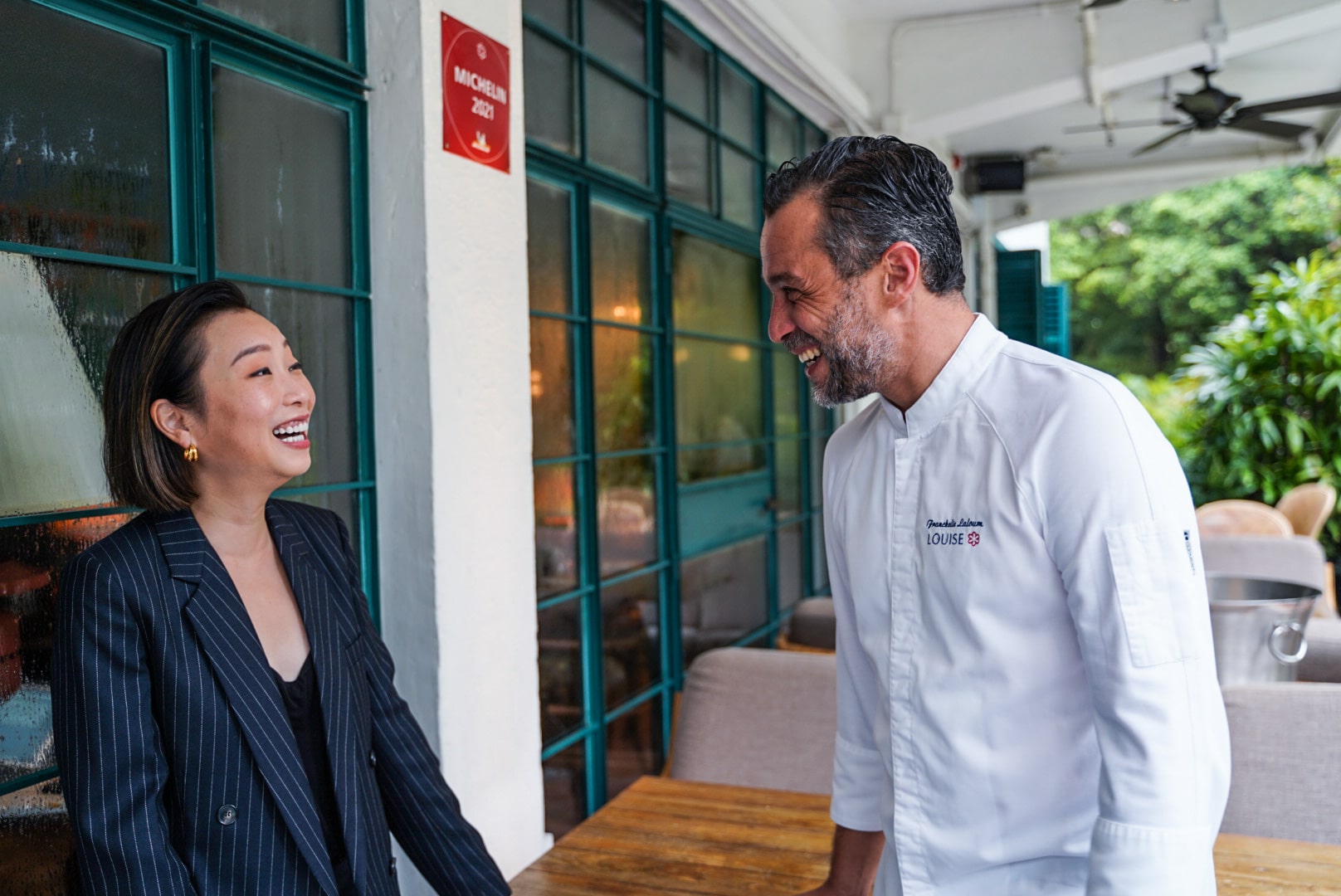 How did the partnership of opening Louise with Julien Royer come about?

I got to know Julien when he opened Odette and found that we got along as we have a similar work ethos and vision. We always talked about collaborating on a concept together; however, at the time, he wanted to focus on his flagship, a decision for which I respected him. Three years later, with Odette being very stable and successful, Julien felt the timing was right and Louise was born. Our vision for Louise was simple, high quality classic French cuisine for food lovers. Amidst opening right at the beginning of the social unrest and still currently running during the pandemic, Louise has performed very well and has been a hit with the local crowd.

RELEVANT: The First Day We Got Our Stars: Franckelie Laloum

And what was your first reaction when Ando got its first Star on MICHELIN Guide Hong Kong Macau 2021 shortly after 6 months of opening?

Andō being awarded the MICHELIN Star was all the more exciting as the restaurant opened during a difficult time. Andō opened in July 2020, meaning the pandemic was in full effect, but we did not want to delay opening a concept that we had been so excited for. We were overwhelmed by the response from our community, and we have seen Andō thrive in unprecedented times, which has been great to watch. Andō being awarded a MICHELIN Star within six months of the opening was the icing on the cake. We knew we could go far as we have Agustin as our chef-founder.

“Don’t play it safe, especially in Hong Kong, and don’t be afraid to stand out and make a splash.” 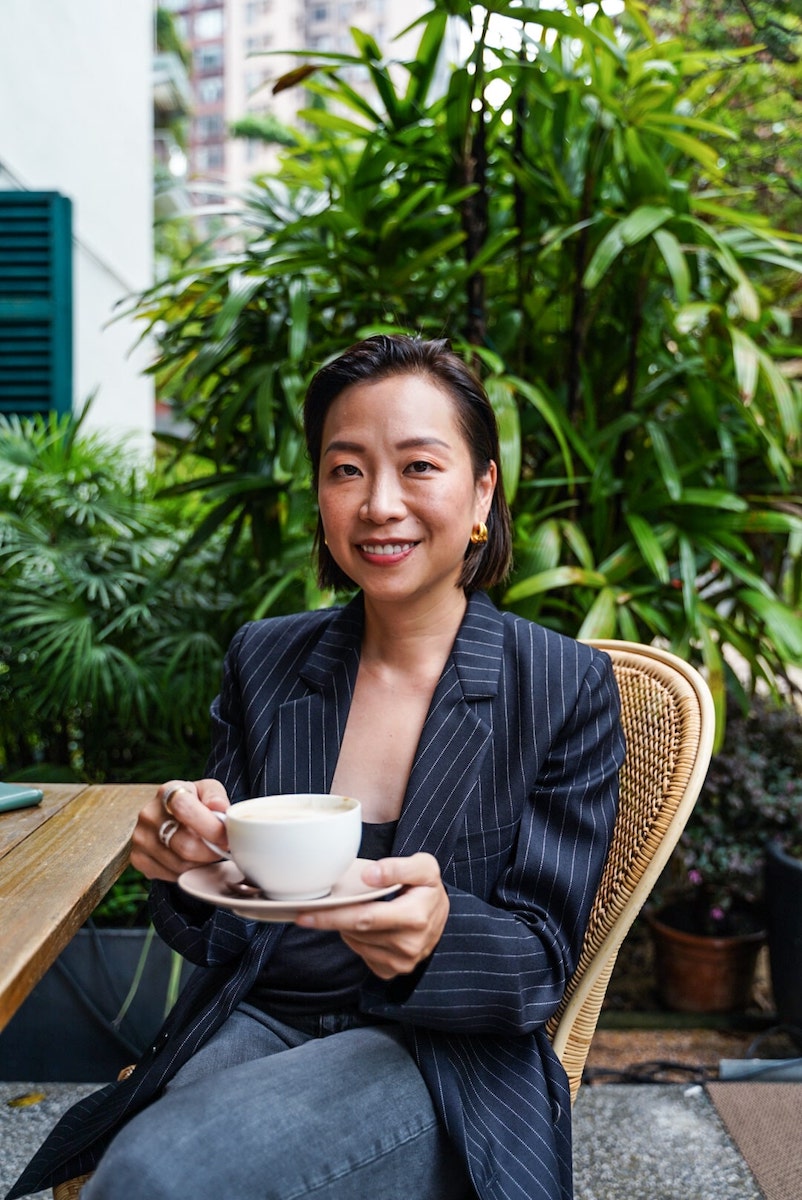 How is it like to open restaurants with the chef as the restaurant owner?

It is a business direction that has been quite fruitful for JIA Group. I have learned that the fit needs to be right, and the personality of the chefs are an important part of decision making. Chefs need to be ready to be an owner of a restaurant as it can be quite overwhelming.

Has the chef being able to take ownership of the restaurant helped make the business more personal? What are other advantages?

Working with chef-partners allows them to align with our mission for the project, take full ownership, and share the results, for better or worse. As restaurants are highly competitive in a city like Hong Kong, every detail counts.

In your opinion, is there a recipe to a successful restaurant?

I don’t believe that there is a recipe to a successful restaurant as all restaurants are different. Firstly, if your food is good, that is half the battle. Following that, as long as you have passion, commitment and aren’t afraid of failure, I believe you will go far. Don’t play it safe, especially in Hong Kong, and don’t be afraid to stand out and make a splash. 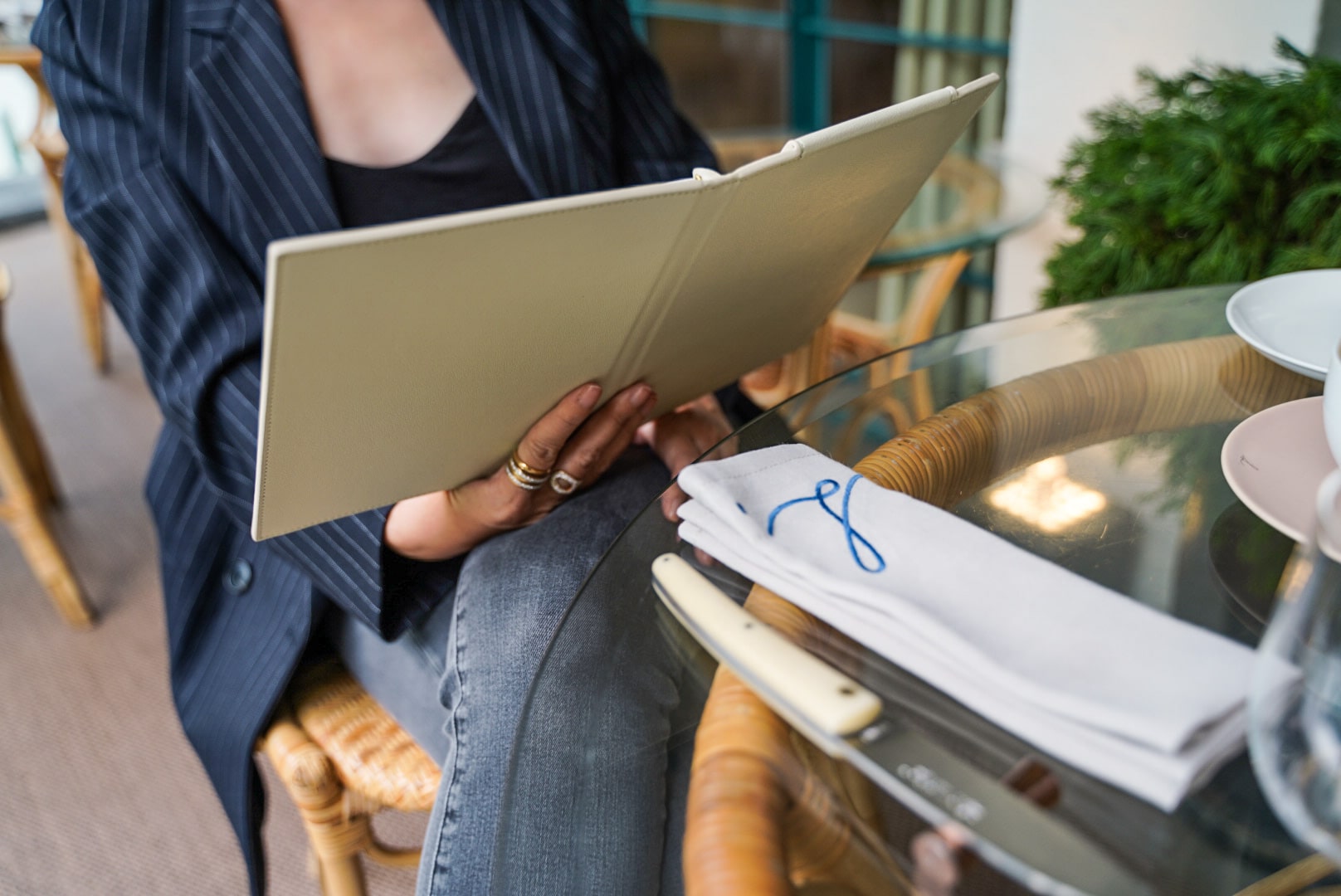 When dining restrictions hit due to Covid-19, what did JIA group do to adapt? Were you able to keep the restaurants afloat?

In Hong Kong, the struggle first began in 2019 with the civil unrest and the protests, followed closely by Covid-19, it was devastating to JIA Group. Revenue had suddenly dropped by 60% and we went looking for solutions and opportunities in every crisis.

We had to learn to pivot and quickly adapt during a time of uncertainty, learning what to prioritise and be flexible as we did not know what would happen from one day to the next. As with the rest of the F&B sector, we had to look for new ways to drive revenue. We set up JIA Everywhere within a week and all of our fine-dining restaurants began to offer take-away and delivery. We ensured that each restaurant was offering a signature item to be delivered to their homes, whether it be our Peking duck set from Duddell’s or a roast chicken dinner from Louise, we found this to be quite effective and were able to recover 50% of the dropped revenue when restaurants closed.

With JIA everywhere, we also offered private chefs to come to cook in a guest's home, a variety of delivery and pick up options, and access to cocktail and wine resources.

We also took the opportunity to convert poor-performing concepts into something more relevant such as when we converted Old Bailey to Between in Tai Kwun.

What lessons have you learned from Covid-19?

Covid-19 taught me that you need to be prepared for anything as we never know what tomorrow will bring. It is essential to be dynamic and be able to pivot at a moment’s notice. Covid-19 has made us as an industry more adaptive, and many of our MICHELIN-starred restaurants are now more open to different ways of operation.

What's next for JIA Group?

JIA Group will be opening a number of new restaurants within the coming months. Surprisingly, Covid-19 has opened up new, exciting spaces and boosted the availability of premium talent, a development we will be taking advantage of. Customers are more appreciative of concepts with substance and we have started looking into new areas like food tech, deliveries, online backend support to be more efficient. We are constantly keeping track of the industry’s progress to stay ahead of the game.

Keep your eyes peeled for what we do next.

READ MORE: Ricardo Chaneton On His "Destiny" To Open Mono In Hong Kong