It has been remarkable how restaurants have risen to face the challenges of the last year and, at the online launch of the Michelin Guide Great Britain and Ireland 2021 on Monday 25th January, we were delighted to announce that 17 restaurants had been newly awarded a Michelin Star. This brings the total number of One Starred restaurants in the 2021 guide to 158.

Let’s take a look at the newly Starred restaurants in this year’s guide. 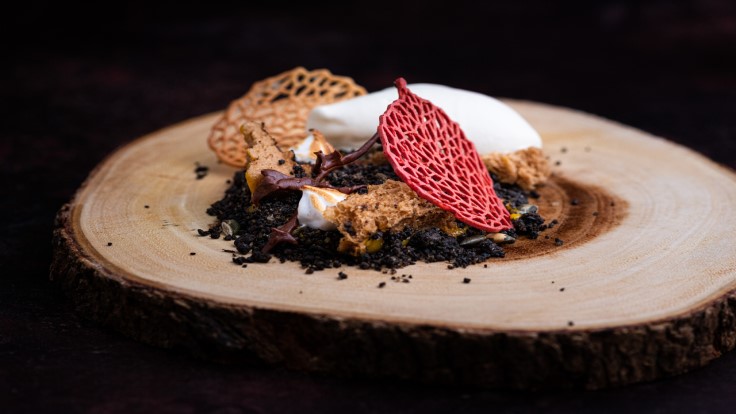 Behind, London Fields – Addition to the Guide
Andy Benyon’s striking restaurant has been a long time in planning, and comes with an ersatz-industrial feel and a beautiful horseshoe counter. The surprise tasting menu sees delicate creations with real depth of flavour proudly served by the chefs themselves.

Benares, Mayfair
A new team of chefs has been assembled at Benares – many of whom worked here previously, including the executive chef. Fresh, confident Indian cooking cleverly balances modern techniques with recognisable flavours and spicing.

Cornerstone, Hackney Wick
Chef-owner of Cornerstone, Tom Brown, is an alumnus of Nathan Outlaw and it shows in his team’s skilful cooking of fish and shellfish. His assured, understated dishes are led by the seasons and the latest catch, while also showing plenty of originality.

Davies and Brook, Mayfair – Addition to the Guide
The restaurant at Claridge’s Hotel is a grand affair. Daniel Humm – of New York’s Eleven Madison Park – leads the team, and his sophisticated, pared-back dishes take their influences from far and wide. Flavours are bold and satisfying.

Muse, Belgravia – Addition to the Guide
Tom Aikens is back with this discreet Georgian townhouse tucked away in a charming mews. Inside it’s small and bijoux with an exclusive feel. The sophisticated tasting menus are inspired by memories of Tom’s childhood and key events in his life.

SO|LA, Soho – Addition to the Guide
Chef-owner Victor Garvey was born to a French-Spanish mother and an American father – and has spent time working in both Spain and the US. SO|LA’s playful cuisine brings a taste of California to ‘SO’ho via ‘LA’. 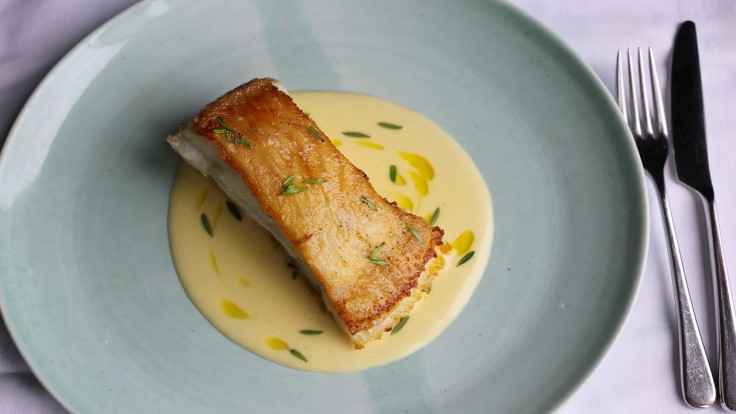 Osip, Bruton – Addition to the Guide
Having taken London by storm with his first restaurant, Portland, Merlin Labron-Johnson moved on to open Osip in this thriving West Country market town. The restaurant’s beautiful designer interior is the envy of many and this forward-thinking chef’s harmonious dishes have a strong, inimitable style.

hide and fox, Saltwood
This stylish neighbourhood restaurant is run by experienced couple Alice Bussi and Allister Barsby, and the original wooden shelves attest to its former life as a village shop. Cooking features the best ingredients from Kent’s larder in refined, delicate dishes.

Hjem, Wall
It might be Ally Thompson and Alex Nietosvuori’s first business together but this welcoming roadside inn is proving an instant hit, testament to their determination and hard work. The surprise menu sees local ingredients prepared using Scandinavian techniques.

Outlaw’s New Road, Port Isaac – Addition to the Guide
It sits in the same stunning location as its predecessor, and has the same chef at the helm, but Outlaw’s New Road (formerly restaurant Nathan Outlaw) is a different restaurant. The set menu is guided by the daily catch, landed just down the road, and honest, unfussy dishes focus firmly on each main ingredient.

Roots, York
Sister to the Black Swan at Oldstead, Roots shares the same ethos of seasonality and sustainability. Modern tasting menus evolve in line with the availability of local produce, including ingredients from chef-owner Tommy Banks’ parents’ farm.

Shaun Rankin at Grantley Hall, Ripon – Addition to the Guide
Yorkshire-raised Shaun Rankin leads the team at this fine dining restaurant in the former music room of a smartly refurbished 17C mansion. His creative tasting menu is inspired by his childhood memories and superb knowledge of the surrounding area.

Latymer at Pennyhill Park, Bagshot – Addition to the Guide
The Latymer sits tucked away within one of the oldest parts of a sprawling hotel. Experienced Head Chef Steve Smith deploys numerous techniques, taking classic combinations and reworking them in a refined, creative modern style. 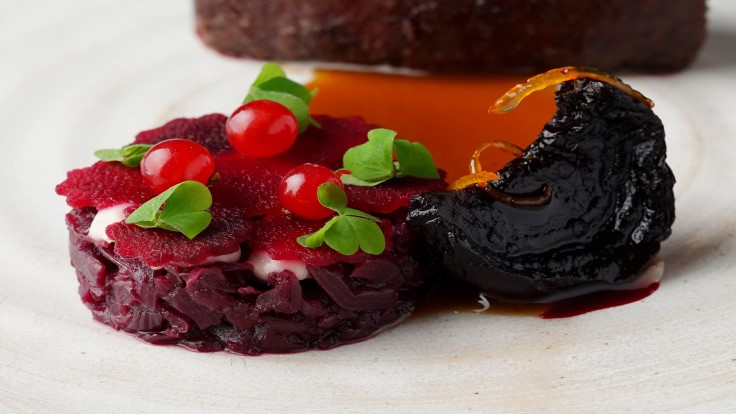 Cail Bruich, Glasgow
Cail Bruich means ‘to eat well’ and this smart, long-standing restaurant owned by the Charalambous brothers certainly lives up to its name. Passionate Head Chef Lorna McNee has the utmost respect for the quality of her ingredients, which she brings together in perfect harmony.

dede, Baltimore – Addition to the Guide
dede is owned by Turkish-born Ahmet Dede and comes with a contemporary look and a calming feel. His seasonal tasting menu celebrates the produce of West Cork, while at the same time taking on a minimal waste approach, and his dishes are refined and full of personality.