Paleo, ketogenic, vegan and gluten-free—these diets may be trending, but they come with their fair shares of pros and cons.

More and more people have jumped onto the healthy eating bandwagon over the past decade. But under the same banner, there are a slew of interpretations towards how to eat healthily, each with its supporters. It’s crucial to remember that all these dietary methods are nothing more than general guides. There isn’t a healthiest diet in the world; every person should find a eating approach that suits them best. 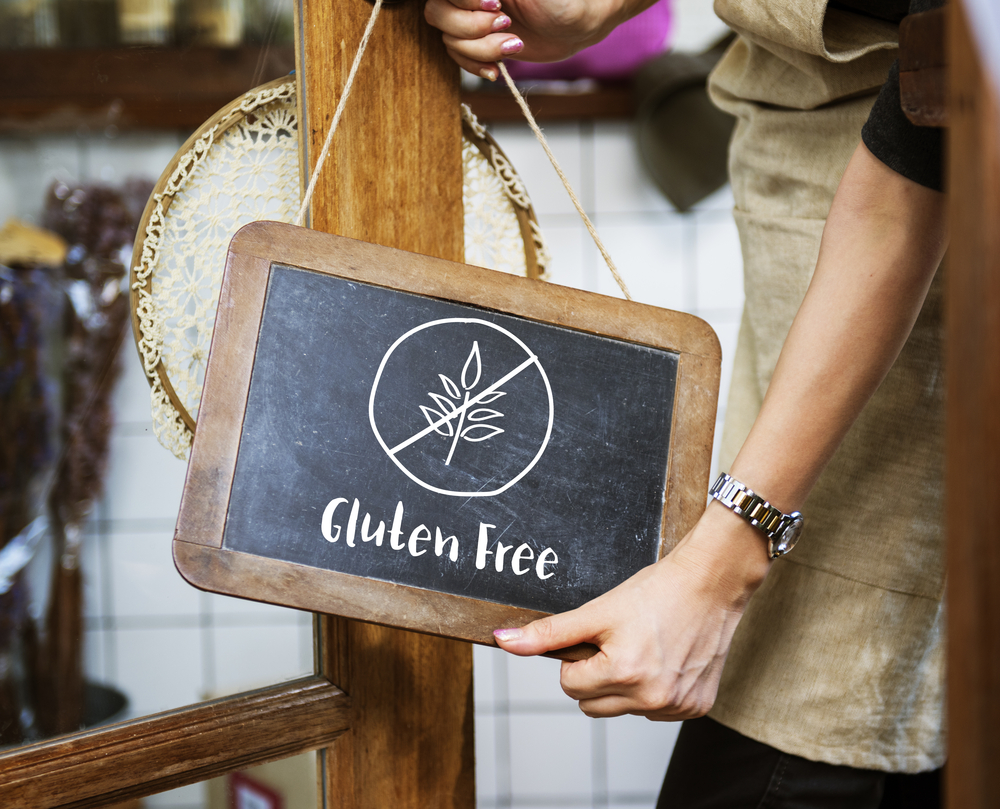 There is only 1% of the world’s population who suffer from celiac disease, with signs of intolerance towards gluten. But the gluten-free diet is enjoying a surge in popularity when praised by Hollywood celebrities and sports icons such as Novak Djokovic, Gwyneth Paltrow and Miley Cyrus. The trend has grown into a business worth $4.2 billion in the United States alone, and is now spreading rapidly throughout Asia. According to academic studies, ethnic Caucasians are the most common victims of celiac disease. On the other hand, only one in 236 people are found to be gluten-intolerant in Asia.

What is the Gluten-Free Diet?

Gluten is the protein stored in wheat, barley and rye and the substance which makes doughs pliable. Their products, including things like pizza, bread, cake, beer and biscuits make up a considerable part of the food world. Followers of the gluten-free diet eschew consumption of such foods or substitute the aforementioned grains with alternative ingredients during preparation. Instead, grains like millet, quinoa, sorghum, eragrostis and amaranth are incorporated into their daily meals.

The Benefits of the Gluten-Free Diet

It’s recommended to celiac disease patients only. According to a study conducted by Harvard and Columbia Universities, gluten-free dieters tend to consume less grain substitutes than the suggested intake. If this lasts for a long period of time, one could have a higher chance of heart disease. 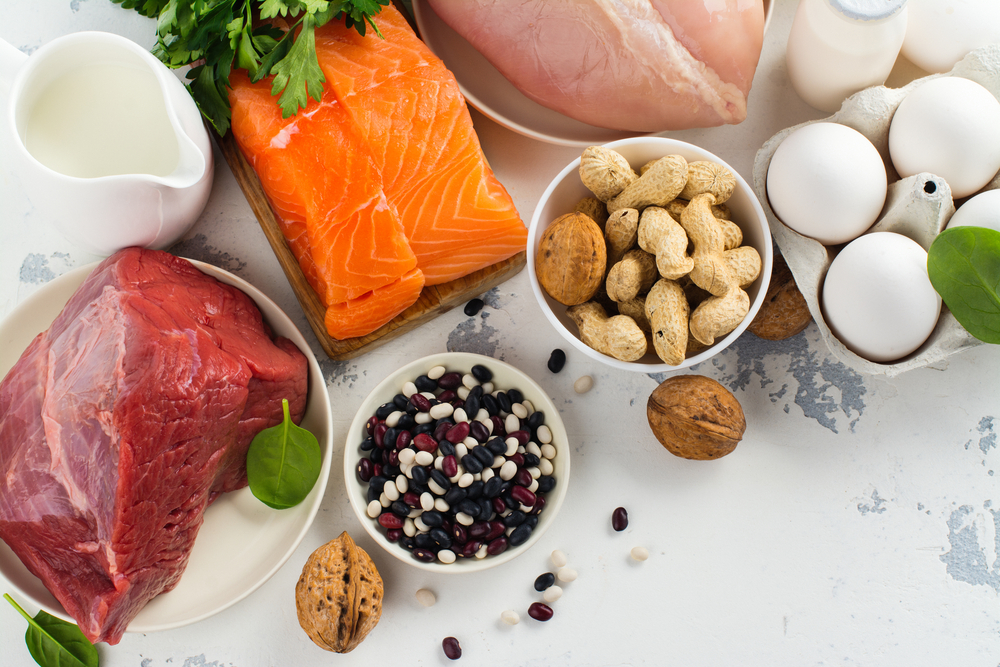 The Paleolithic diet, or simply paleo diet, brings us back to the very beginning of human civilization. It advocates for consumption of foods eaten by humans in the Stone Age, and is embraced by those who want to shed some pounds from their body but are hesitant to cut meat out of their diet.

What is the Paleo Diet?

Our Paleolithic ancestors lived in a time long before any agricultural activity was available. They acquired food through hunting and collecting wild vegetables and fruits; the paleo diet was born under this premise. It eliminates grains, beans, sugar, salt, dairy products and all the processed foods from consumption. A paleo dieter’s grocery list is simplified into two categories: 60% meat (grass-fed) and 40% vegetables, including fungi, nuts and seeds. The likes of pumpkin and potato are abandoned as they are high in carbohydrates, the biggest no-go zone for all paleo diet believers.

The Benefits of the Paleo Diet

Nutritionist and proponent of the paleo diet, Loren Cordain, claimed the DNA structure of the modern human has not deviated from Paleolithic people. Therefore, adopting their eating methods could prevent heart disease, excess weight, high blood pressure, diabetes and all kinds of health problems brought forth by the food inventions of our developing society.

Unlike those who lived millions of years ago, contemporary wisdom emphasizes the importance of a balanced diet. Over-consumption of meat and the saturated fat it contains is a primary cause for heart disease, high blood pressure and diabetes—problems the paleo diet aims to solve. The abstinence of grains, beans and dairy products deprives our body of significant nutrients such as Vitamin B and D, cellulose, calcium and fibrinogen. Some go further to question the sustainability of the paleo diet in slimming, because it relies of the burning of glycogen reserves in our body instead of fat. 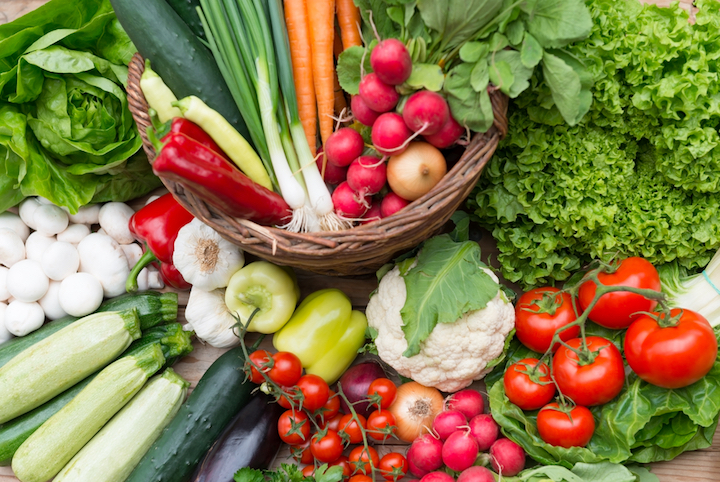 An extension of vegetarianism, the vegan diet has been around since 1944. Compared to other dietary approaches, there’s an additional dimension of respect to the earth and moving creatures behind its philosophy. The rejection of meat and animal byproducts is partly driven by humanitarian reasons to avoid any act of cruelty. In a way, the vegan diet goes beyond health concerns and explores one’s self-discipline and world view.

What is the Vegan Diet?

It denounces any animal-related foods, from meat to dairy products, eggs, honey and bird’s nests. Further to one’s diet, veganism also promotes staying away from consumer goods made of animal products, such as leather and certain cosmetic products. It’s more restrictive than many forms of vegetarianism in this sense.

A wealth of nutrients which sustain our health—protein, zinc, iron, calcium and various vitamins, to name just a few—are found in meat, eggs and dairy products. Vegan dieters have to find food substitutes with all such nutrients or face malnutrition-related health problems. Other than that, they need to be mindful of their intake of soybean products as a protein alternative, since overconsumption could result in hormone imbalance. 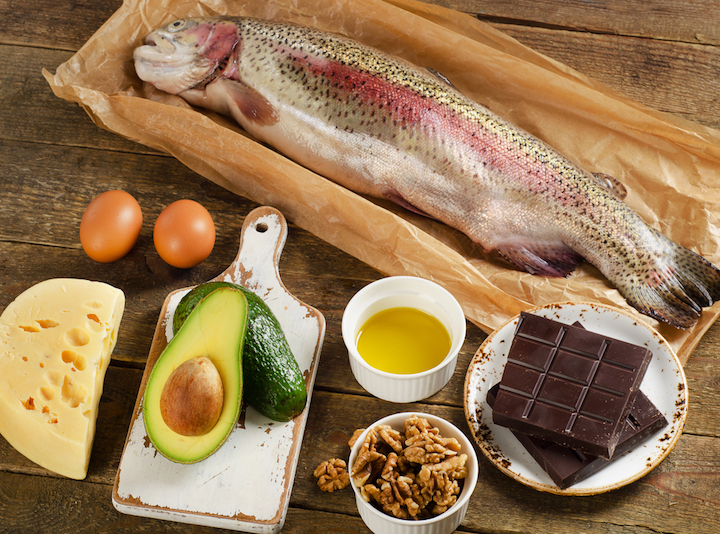 The ketogenic diet raises a lot of eyebrows among food lovers, as it shakes up our perceived notion about what is healthy: the more fat you eat, the better. Energy is generated by burning fat and transforming it into ketone. By preserving enough fat in its body, a polar bear can maintain its energy level during a hibernation that could last for up to five months without eating.

Among the various forms of energy our bodies run on, ketone is preferred by the human brain. However, it requires a diet composed of roughly 80% fat, 15% protein and 5% carbohydrates. This extreme dining approach attracts people in desperate situations. Hollywood movie director Jim Abrahams used the ketogenic diet to improve the health conditions of his son Charlie, who suffered from serious epilepsy. Surprisingly, it worked. This inspired him to establish the Charlie Foundation to promote the functions of the ketogenic therapy.

What is the Ketogenic Diet?

The high fat, low carb combination forces our body to burn fat instead of glucose, through which ketone is produced to give us energy. Its associated diets include the Atkins diet and low/no carbohydrate diet.

The Benefits of the Ketogenic Diet

Indeed, fat burning is a legitimate way to lose weight. Studies also show this dietary strategy helps relieve inflammation, strengthen metabolism and improve the activity level of the brain. Good fat is a prerequisite. Avocado, coconut oil, seeds, yogurt and nuts are all reliable sources of fat for ketogenic dieters.

Consider the other side of the coin: a high-fat diet could induce stomachaches, diarrhea and high uric acid. In the long run, these side effects could develop into high blood fat, heart disease or cancer. Too much ketone accumulated in the body could yield ketoacidosis, which makes us drowsy, easily tired, nauseous or even faint. Diabetes patients and those with insufficient insulin secretion should not pursue the ketogenic diet in any capacity. 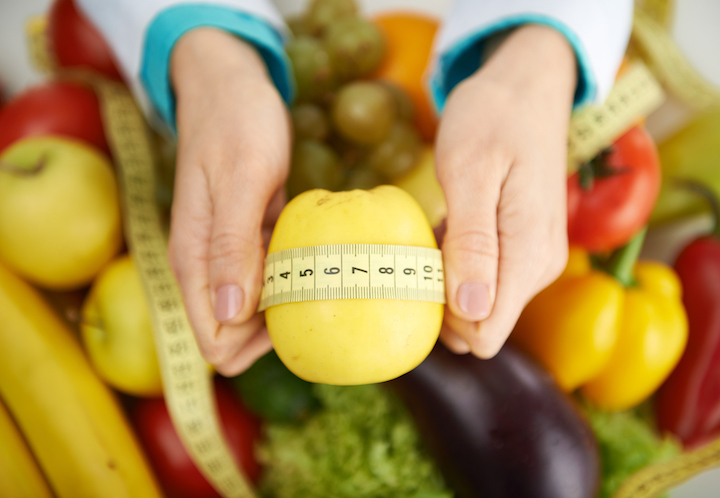 Eating has become a numbers game to some people. However, your calorie counting app might not tell you whether you’re actually having a balanced diet. While it effectively measures how much energy you take in, it doesn’t take into account how much you spend. Moreover, the human body is such a complex organism. The way we absorb and dispense energy is much more than simple math.

What is the Low-calorie Diet?

While every individual should consume a different amount of calories per day based on their body type, age, living environment, lifestyle and other factors, many nutritionists determine the appropriate range of daily calorie intake at 2,000-2,800 for men, and 1,600-2,400 for women. In comparison, low-calorie dieters limit their calorie consumption to 800-1,500 per day.

NBA star LeBron James is one of the avid followers of the low-calorie diet. He attributes it as a primary reason for a clear mind and superior agility. Weight loss is one of the main goals of the dining approach, most suited to people who have their body mass index (BMI) at 30 or above. There have been cases where a low-calorie dieter reduces their weight by three to five pounds a week and 44 pounds over a three-month period. A positive impact of slimming up is a lower chance of weight-induced diseases.

The Benefits of the Low-calorie Diet

Calorie control is the most direct method to lose weight. However, extreme implementation of such could spell disaster (i.e. malnutrition).

Low-calorie dieters will realize the initial benefit of weight loss is outweighed (no pun intended) by the troubles they could later experience. As a consequence of a restrained eating pattern, one’s metabolism could slow down with little energy left in the body. At this stage, not only does calorie control become ineffective in slimming, it could also trigger headache, lassitude, constipation, cholelithiasis and other undesirable situations.

One more point of note: foods with the same amount of calories could have vastly different impacts on our health. For instance, our bodies don’t absorb and burn 500 calories from ice cream at the same rate as nuts. Unreasonable insistence on the diet could make followers miss out on some of the high-calorie foods with great health benefits like avocado. What one should look for in their food is nutrition, not ambiguous numbers.
This story was originally written by Derek Cheong and translated by Vincent Leung. Click here to read the original version of this story.

Meet the woman who has proven that fresh, seasonal produce and a positive outlook on life are the key ingredients to happiness.

Chef Sam Talbot shares a recipe from his latest cookbook.

Chef Sam Talbot shares a recipe from his latest cookbook.

An Around-The-Clock Guide To Stress-Busting