An Around-The-Clock Guide To Stress-Busting

There is no shame in being what some call an ‘emotional eater’. If you've found yourself craving a bag of chips or a good 'ol candy bar at work, in the middle of a meeting or after a fight, you're not alone. Comfort foods are named exactly for what they do for us: comfort us.

But now that you know that you have the tendency to reach for the munchies, it's good to know why. Chances are, you're probably stressed out. Today, stress can come in many forms but despite its lousy rep, it's not always bad for you. It's how we manage our stress that really matters.

On World Heart Day, we're sharing five foods that will help you manage one of the main underlying factors contributing to the global epidemic of cardiovascular disease. While stress and anxiety do not directly cause cardiovascular diseases, doses of cortisol – a hormone released by your body to help you cope with stress – can lead to an increase in appetite and sugar cravings and thus, long-term high blood pressure or cholesterol. 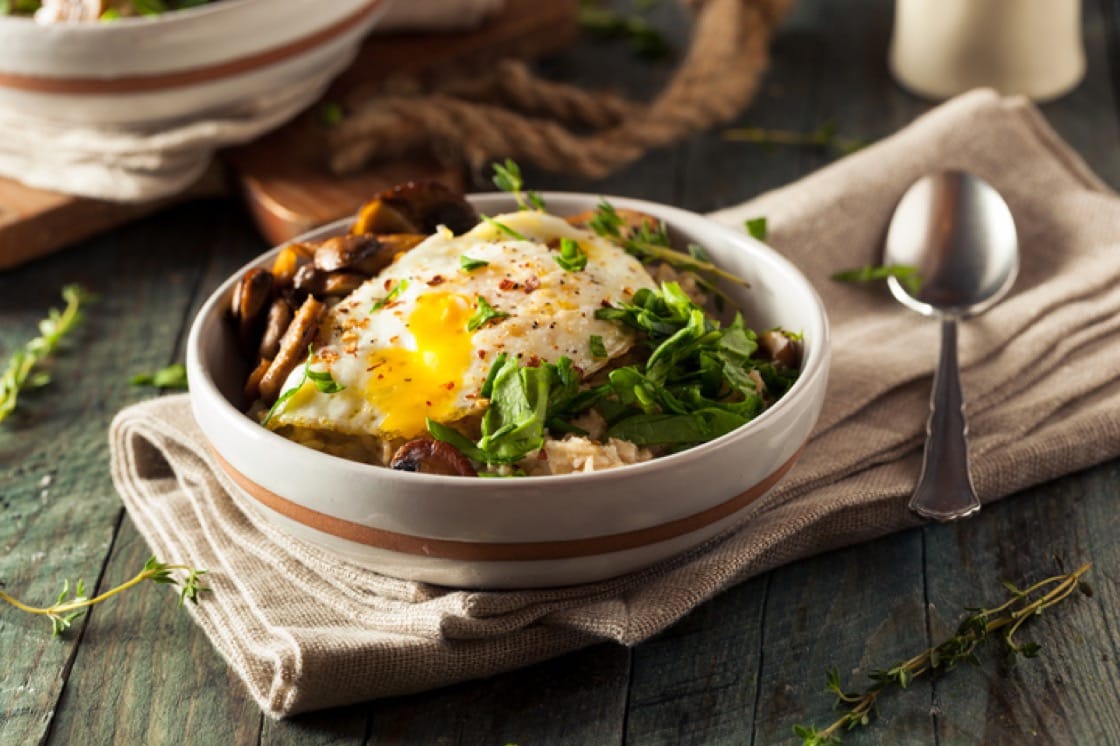 Oatmeal
There is some merit in what cereal companies have been trying to tell us. Breakfast gets our motors running and souped up for the rest of the day. But despite what Tony says, those frosted flakes aren't "Gr-r-reat!". Instead, oatmeal have for centuries before the dawn of the cereal boxes and banana pancakes, been a breakfast staple. And for good reason.

Studies have shown that the soluble fiber found in whole grains such as whole-wheat bread, brown rice, and oatmeal can help keep cholesterol at bay and in turn, reduce heart disease mortality. The complex carbohydrates in oatmeal also means that your body takes time to break it down and release its sugars to your bloodstream in a steady, constant pace. This keeps you feeling full and satiated for a longer period.

Meal prep tip:  Not a sweet-tooth? No worries. Oatmeal's nutty flavours lend well to savoury dishes as well as it does to sweet. Just make sure you get the wholegrain kind. 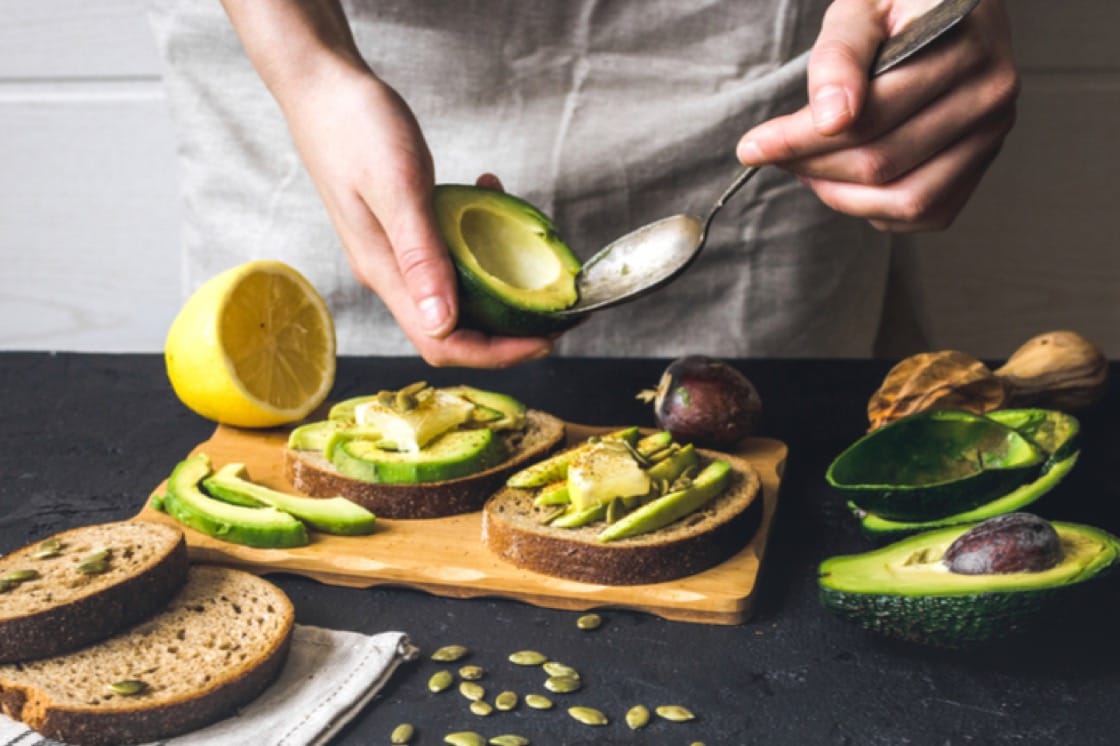 Avocado
We said it wasn't going to be all about avocados so technically, we kept our promise. We're sure you already know plenty about the darlings of wellness so we'll keep this short. Avocados are an excellent source of monounsaturated fat and research suggests that the said fat helps protect us against heart disease as well as lower our blood pressure.

Meal prep tip: There are cookbooks written about how to best consume the buttery fruit but we believe in the value of simplicity, especially when dealing with already delicious and nutrient-rich foods. Avocado toast amped up with some homemade nut butter has our vote. 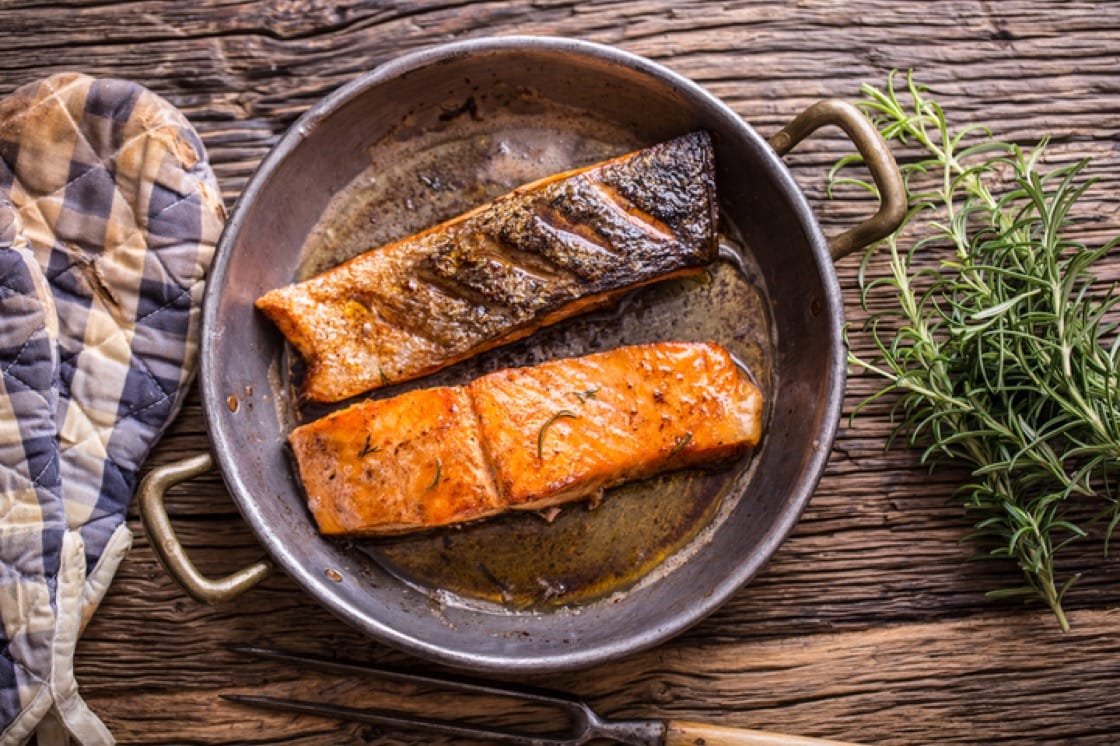 Salmon
It is a superstar food for many reasons but in relation to stress-busting, it is the salmon's rich omega-3 fatty acids that we're after. Our body's stash of nutrients and minerals deplete when it tries to balance our cortisol spikes, resulting in sugar cravings to quickly restore our supply. Other foods rich in omega-3 acids include walnuts, seeds and eggs. So the next time you find yourself reaching for a powdered doughnut, break into your stash of walnuts instead.

Meal prep tip: Thanks to its fatty nature, salmon is a fish that lends itself well to numerous methods of cooking. But if you're short on time, a quick fry in a hot pan with some ghee is a meal we can't say no to. No ghee? Butter would probably suffice but it bodes well to always have some nutty, toasty ghee on hand. Isn't ghee bad for you, we hear you ask. We assure you it isn't but that's another topic altogether. Recipe here. 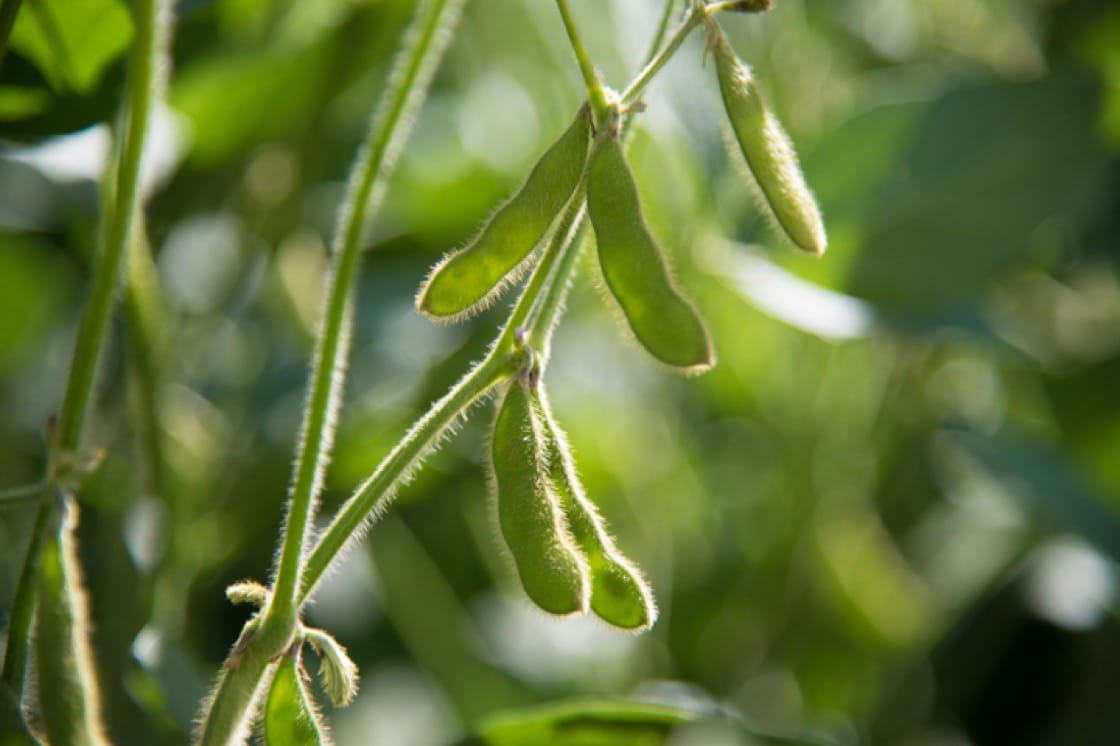 Young soybean pods
Edamame
Japanese for 'beans on stems', edamame is named exactly for the way it is harvested; young soy beans picked while still nestled in their cosy pods. High in omega-6 fatty acids, which is an acid that's usually produced during and after physical activity for the purpose of promotion cell growth and repair, edamame is a bean worthy of its superfood crown.

Meal prep tip: Quickly blanch fresh edamame in generously salted water for three to five minutes or until the pods turn a bright apple green. Best eaten as is. 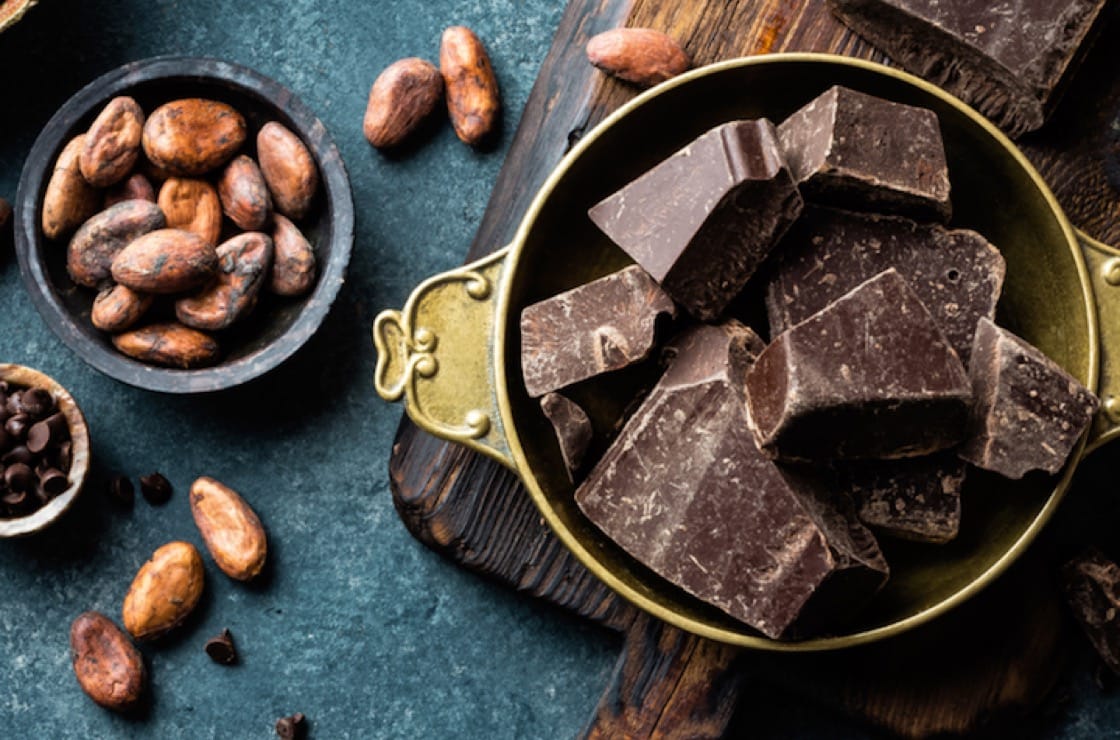 Chocolate
Calories get burned up as you eat them but if you scarf down a heavy dinner, you're not as likely to get rid of the calories before you turn in and what you don't burn off is, surprise surprise, likely to turn into fat. Additionally, eating too close to bedtime increases your blood sugar and insulin, which impairs sleep. Thus, your last meal should be the lightest of the day and be eaten at least three hours before bedtime. It's a tall order but it's a good habit to cultivate.

Neuroscientist Will Clower says a square of dark chocolate eaten 20 minutes before a meal will trigger hormones in the brain, "tricking" it into thinking that you're full and therefore, cutting the amount of food you subsequently consume. Finishing a meal with the same trigger could reduce subsequent snacking. For that reason, dark choc is best consumed before or after dinner. It has also been found to restore flexibility to arteries while preventing white blood cells from sticking to the walls of blood vessels, both of which are common causes of artery clogging.

Meal prep tip: A good 70% cocoa chocolate bar doesn't need anything done to it. But we recommend getting a bar that comes in bigger squares for maximum satisfaction.