Let's look at what is perhaps the most highly coveted accommodation in the Italian countryside: the farmhouse. We talked previously about how the Tuscan villa is an icon, but its rustic cousin is what’s been relentlessly replicated from California to Australia, at vineyards and pizza shops and in your parents’ suburban kitchen. “Tuscan farmhouse” has topped many a mood board (and put more than a few interior designers’ kids through college).

The appeal is understandable. The urge to go back to a simpler time and place has a powerful pull, and Tuscany’s top farmhouse hotels are happy to indulge your agrarian fantasies, minus some of the messier bits. They’ve replaced the roughest aspects of rural life with first-class service and amenities, and that’s perfectly okay. You didn’t come here to toil in the dirt or bathe from a bucket. You came to eat and drink like a victorious centurion, and to enjoy a pastoral scene that rivals the one on your parents' dish towels. 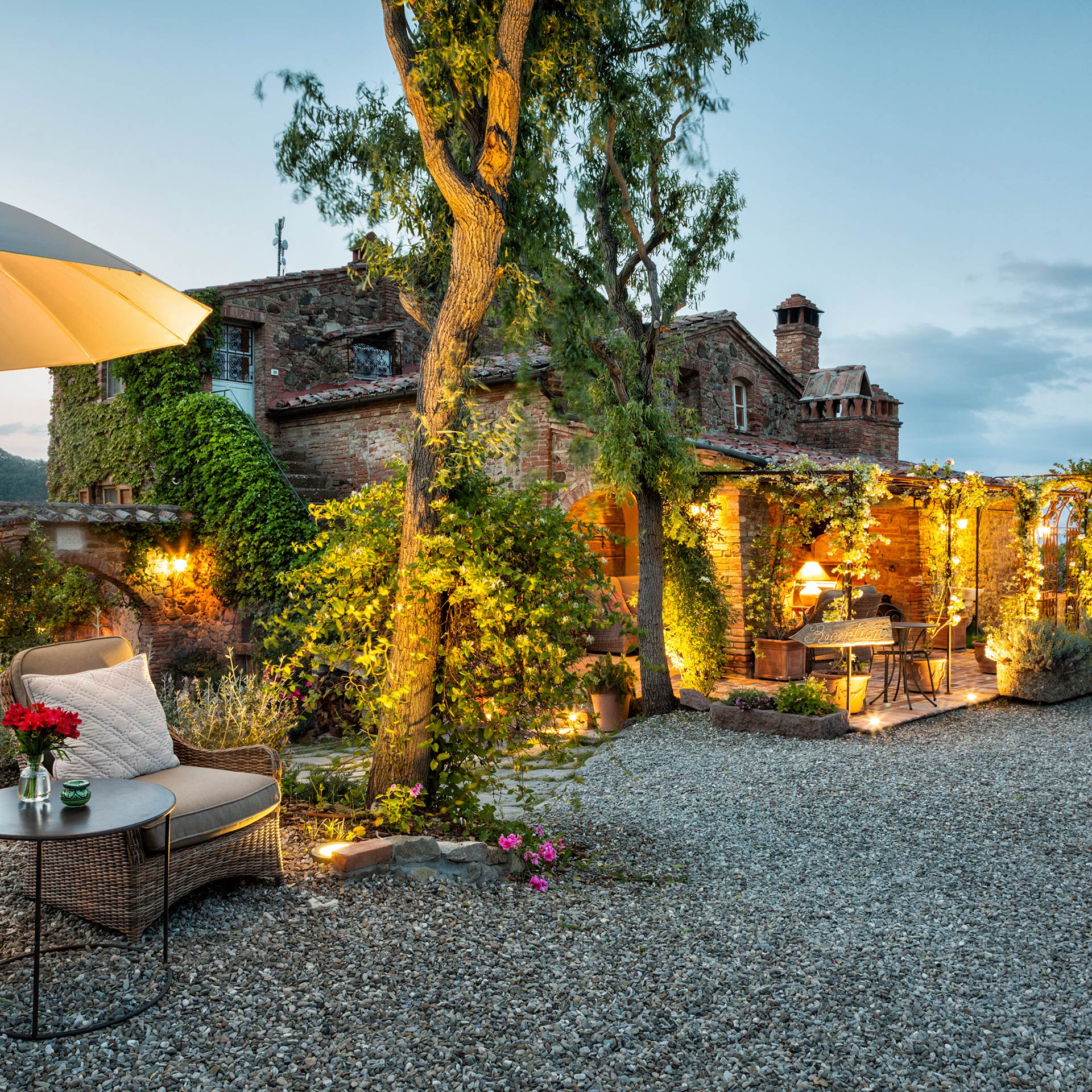 Torrita di Siena, Italy
The farmhouse charm is cranked up to eleven at Lupaia, especially in its open kitchen, where a daily four-course dinner is made out of produce from the hotel’s own organic garden. And it’s in plentiful supply in the rooms as well, carefully adapted from five painstakingly renovated historical structures, each of which is an architectural mosaic of Tuscan styles, with contemporary comforts under centuries-old roof beams and rough-hewn textures alongside finely wrought furnishings. 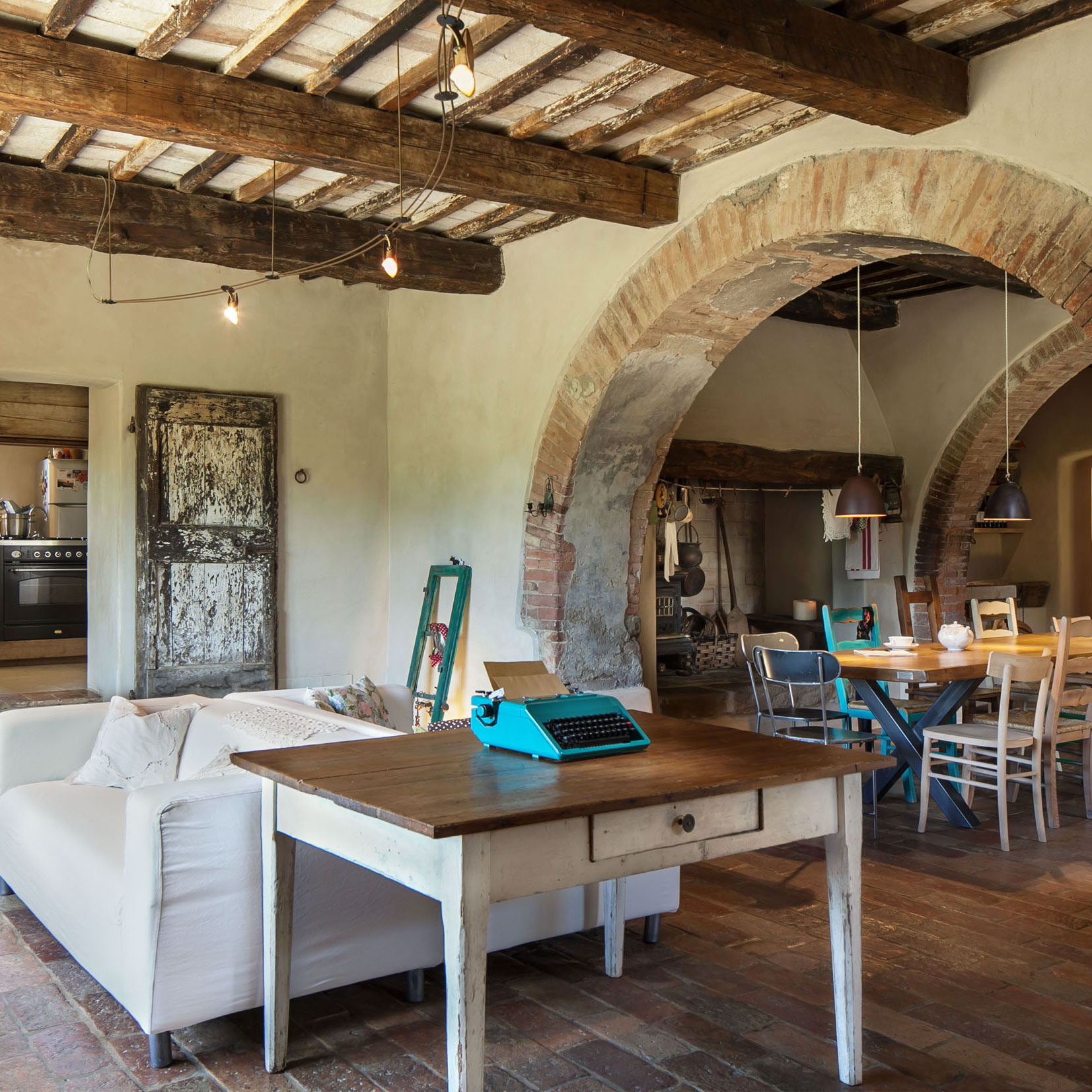 Torrita di Siena, Italy
Although the Tuscan farmhouse that Follonico’s owners have converted into this six-room bed-and-breakfast dates back to the ninth century, any residual medieval gloom has long since been excised, making room for contemporary minimalist décor and spacious rooms awash in natural light. Surrounded by a Tuscan countryside of cypresses, sheep pastures, and olive groves, Follonico offers a subdued, pastoral alternative to the vineyard boutiques and touristy guesthouses that dot the region. 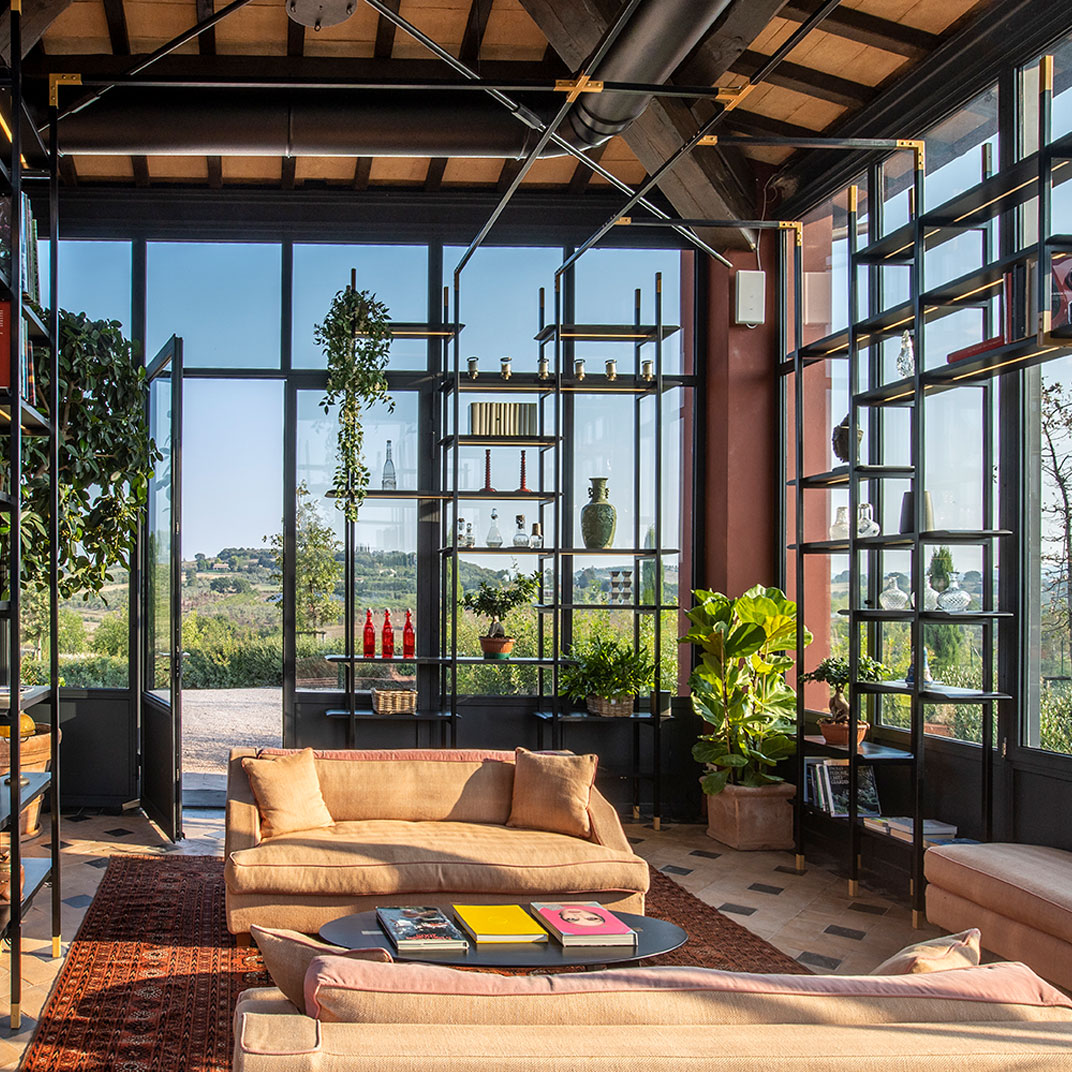 Capalbio, Italy
Locanda Rossa’s original structure has undergone a modern expansion, but the seams don’t show a bit. Contemporary interiors meet farmhouse architecture in the rooms and suites, which, if not for the half-timbered ceilings and the views of the farm, could easily pass for modern urban apartments. Then again those views of the olive groves, not to mention the gardens and the pool deck, are why you’re here and not in a modern urban apartment in the first place. 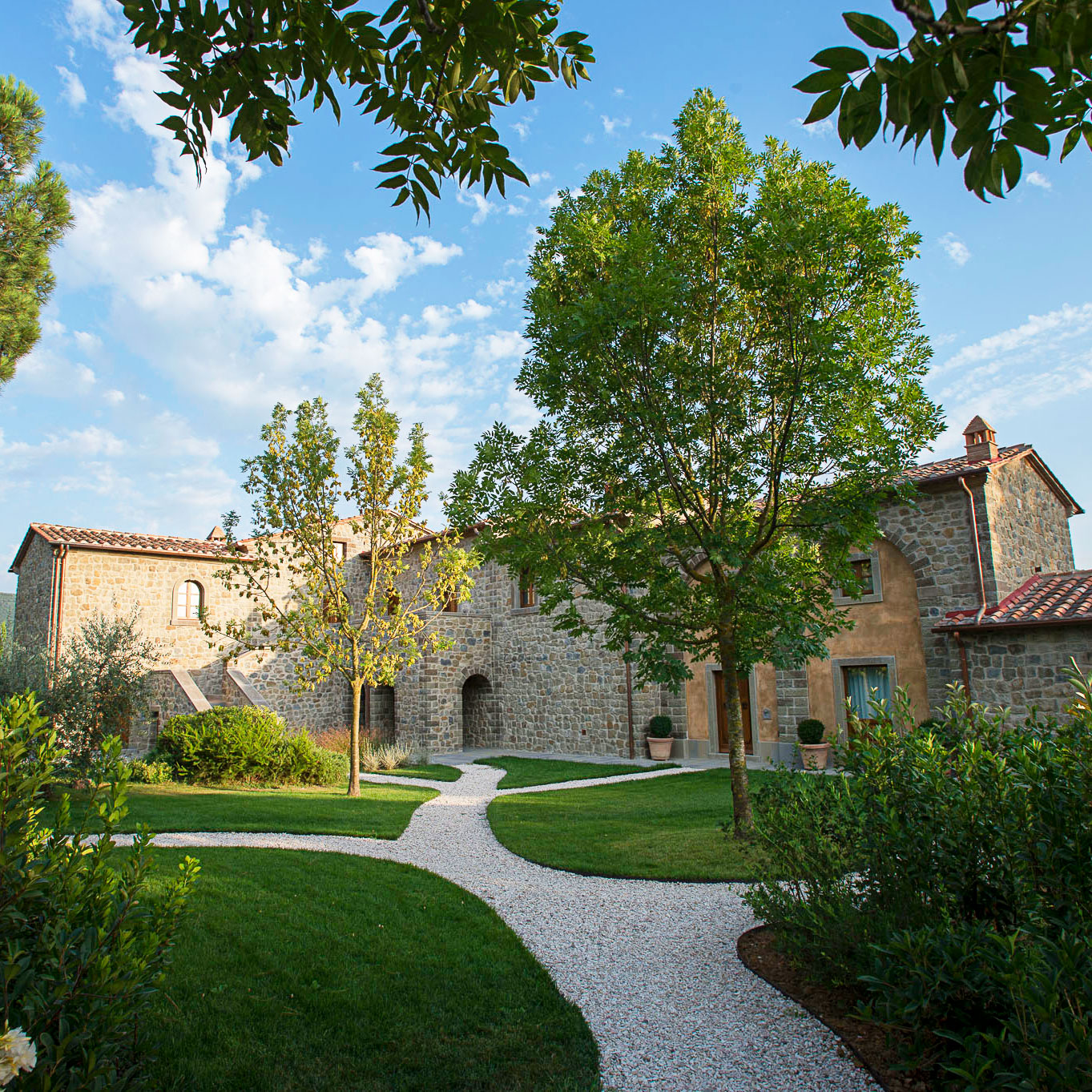 Cortona, Italy
Regular observers of the Italian hospitality scene risk becoming somewhat jaded; it’s worth taking a step back, every so often, to remind yourself of just what it is that makes Italian hospitality so special. And a hotel like La Corte dei Papi, a lovingly restored 1700-vintage farmhouse estate just outside of the Tuscan town of Cortona, provides ample opportunity for precisely this sort of reflection. 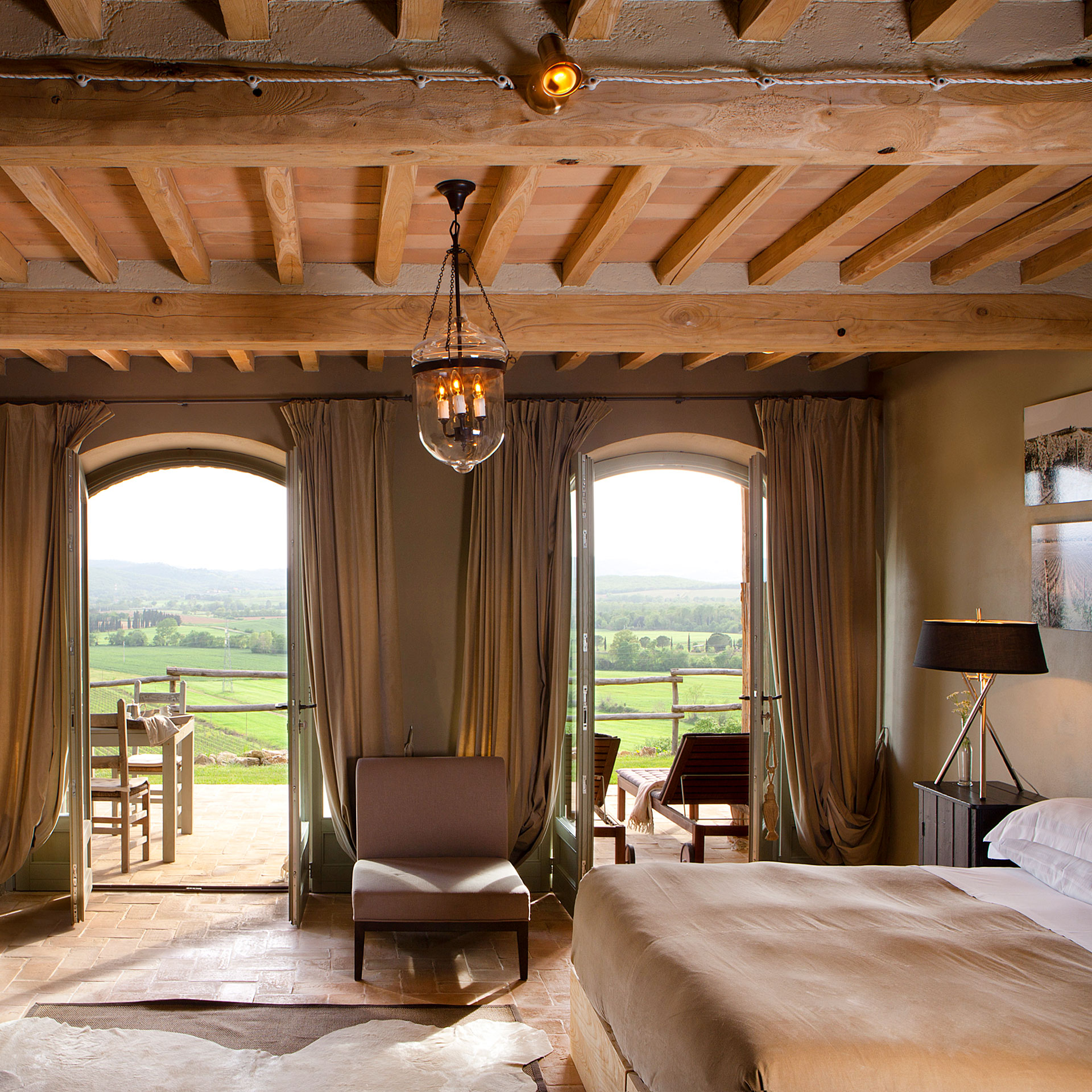 Gavorrano GR, Italy
Conti di San Bonifacio is a beautifully renovated seven-room farmhouse on a hill, surrounded by several hundred acres of vineyards, olive groves and rolling woods. Anywhere but Tuscany, that might be enough, the hotelier’s work done and the guests lining up to take their heavy doses of endorphins. Here amidst one of the world’s great concentrations of impossibly pleasurable hotels, however, it takes something more — like bathrooms carved from marble and bedrooms draped in furs, say. 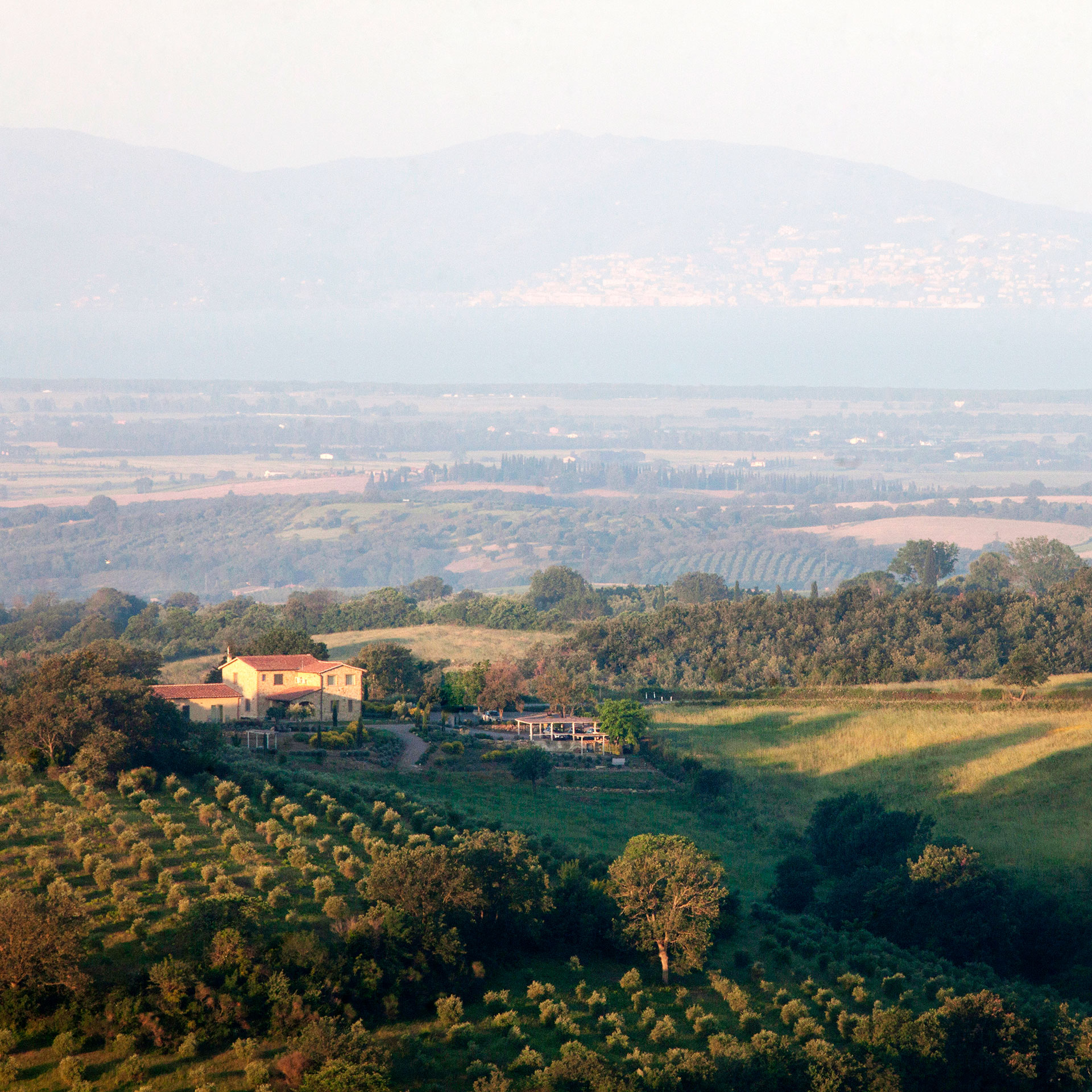 Magliano in Toscana, Italy
The Maremma, in coastal Tuscany, has to be one of the most purely pleasant places on Earth; here, a hotel can reach inspiring heights with a light touch, letting the destination carry most of the weight. Casale Sterpeti is just such a hotel: an abandoned farmhouse, completely rebuilt from the original rough-hewn stone and timber, and refashioned into an eight-room boutique hotel whose interiors are marked by an unusually subtle contemporary visual style. 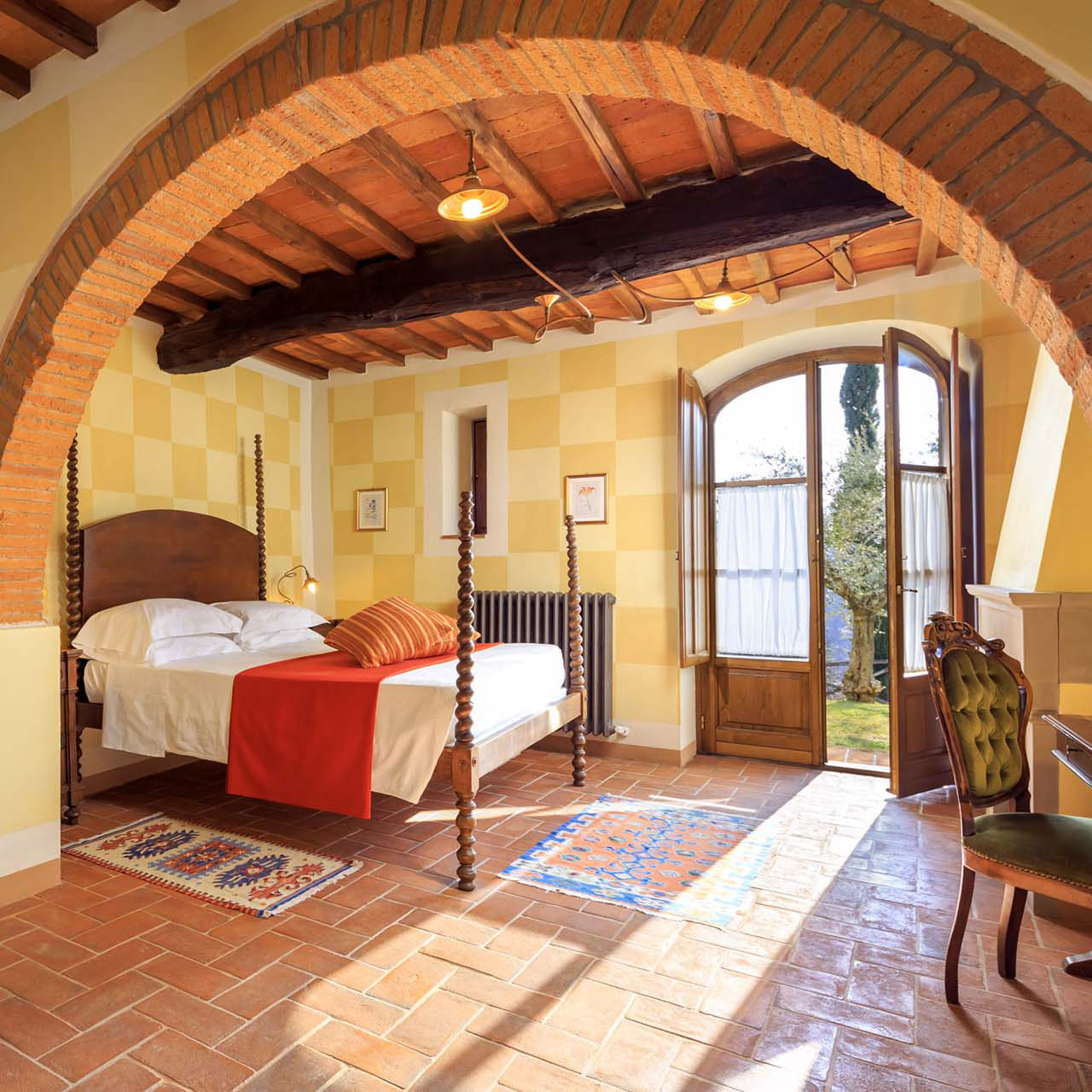 Cavriglia, Italy
Le Lappe, in the wooded countryside between Florence and Arezzo, leans a little farther than most Tuscan farmhouse hotels in the direction of luxury; ten of its eleven suites come with hydromassage tubs, all feature working stone fireplaces, and the atmosphere is that of an antique Florentine fantasy. The restaurant is a particular highlight, serving meticulously sourced and carefully composed classic Tuscan cuisine, accompanied by the estate’s own olive oil. 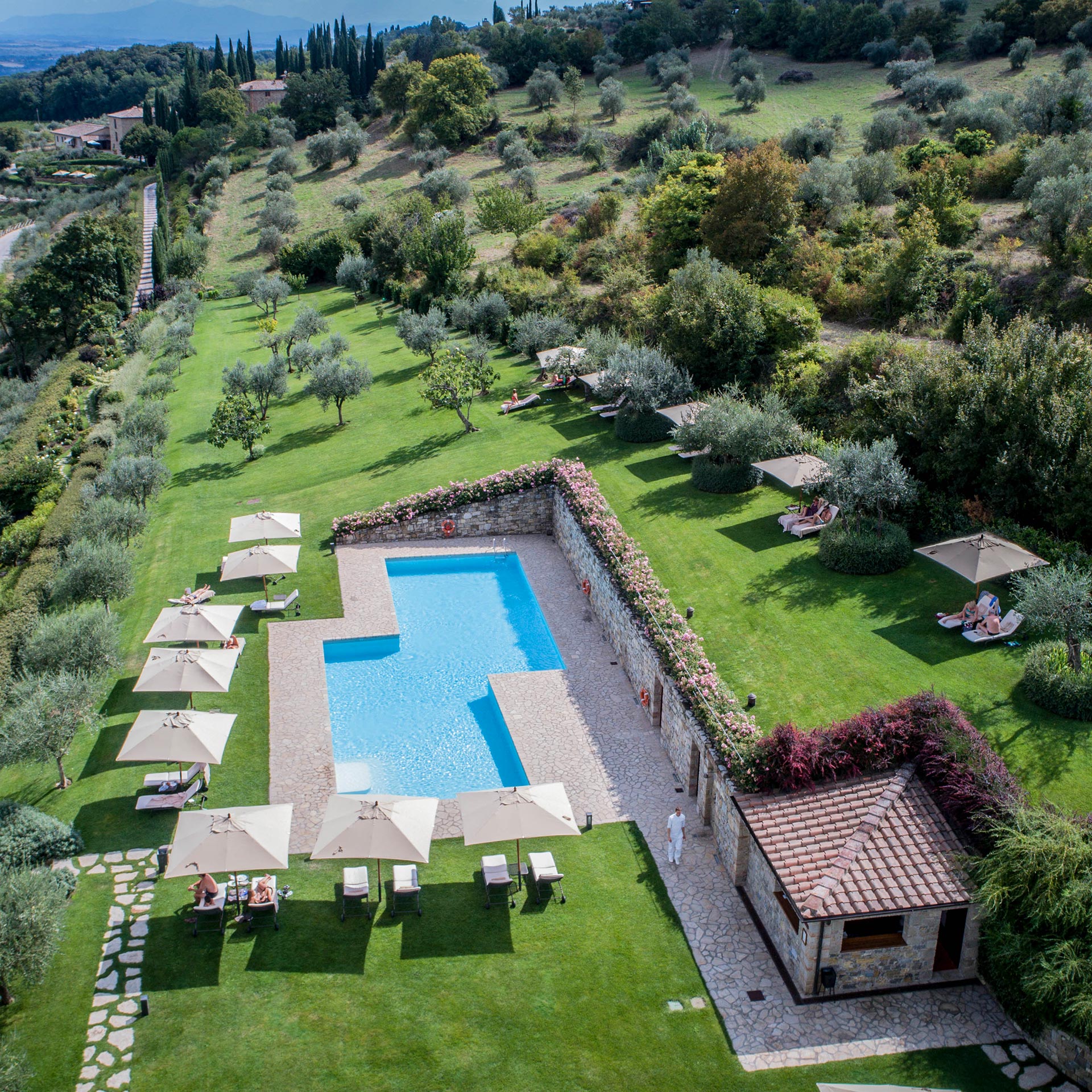 Pianella, Italy
Hotel Le Fontanelle is a quintessentially Tuscan hotel if ever there was one. The unabashed gorgeousness of the stone farmhouse sitting atop a hill, overlooking a sea of sloping vineyards, is the result of the meticulous, years-long renovation of a structure whose pedigree stretches back to the 13th century. Lush terraced lawns, terra-cotta patios, stepping-stone paths that meander through aromatic herb patches and bougainvillea climbing up the stone walls: why rewrite a recipe like this one? 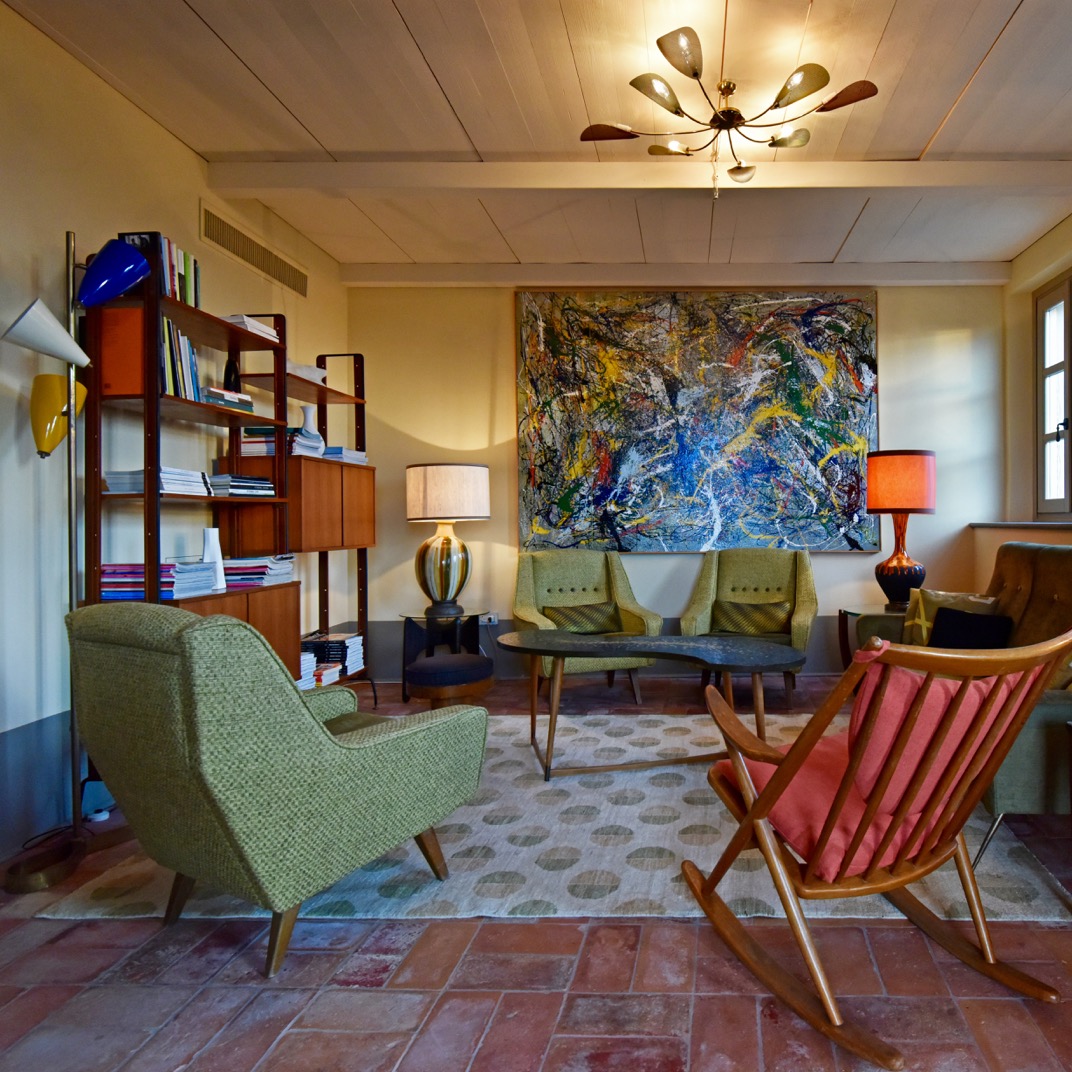 Camaiore, Italy
Not only are the Italians experts at living the good life, they’re also quite well versed in extracting maximum luxury from relatively humble means. Locanda al Colle is little more than a restored farmhouse in a village in coastal Tuscany, a short distance from Pisa and Lucca, whose nine rooms look out over forested hillsides through huge picture windows — but despite the lack of big-resort bells and whistles, you’d be hard pressed to catch guests wishing for much more than this. Monticchiello, Italy
In the heart of the spectacular Val d’Orcia, between Monticchiello and Pienza, this farmhouse hotel is a remarkably understated one, the better to let the surroundings shine. L’Olmo’s modest size — a mere one room and five suites — helps ensure the atmosphere is always relaxed, and the pleasures here are low-key indeed, from sampling the estate’s own olive oil to unguided walks in the picturesque Tuscan hills.