Should you call a gelato an ice cream? A look into the history and making of this Italian frozen treat.

Down the cobbled streets of narrow alleys, the scent of freshly-baked pizza wafts through the air. Around the corner, small shops tempt passersby with their display of luscious swirls. This paints a quintessential Italian picture, one that gelato is very much a part of.

We might know gelato in its rich creamy form today, but the origins of this Italian frozen treat dates back thousands of years to when Romans began the ritual of eating crushed ice covered with honey.

Florence-born designer and architect Bernado Buontalenti is also a name that comes up when looking into the discovery of gelato. Known for his design of villas and gardens – the palace of Bianca Cappello in Via Maggio is an example – Buontalenti was asked by the Medici family in the late 1500s to prepare an awe-inspiring feast for the visiting King of Spain. His creation: an icy sweet treat made with the use of some salt (to lower its melting point), sugar, egg and honey. The cold cream, flavoured with bergamot and orange, became known as gelato.

As restaurateurs and other gelato-makers moved around the world, gelato soon spread throughout other parts of Europe and the world.

While many will use the terms gelato and ice cream interchangeably, the former is Italian for “frozen” while the latter is an American term. It is said that gelato first made its way to the US in 1770, brought over by Italian immigrants. Changes in technology led to Americans cranking out this frozen treat more easily, which also marked the start of industrial ice cream production. 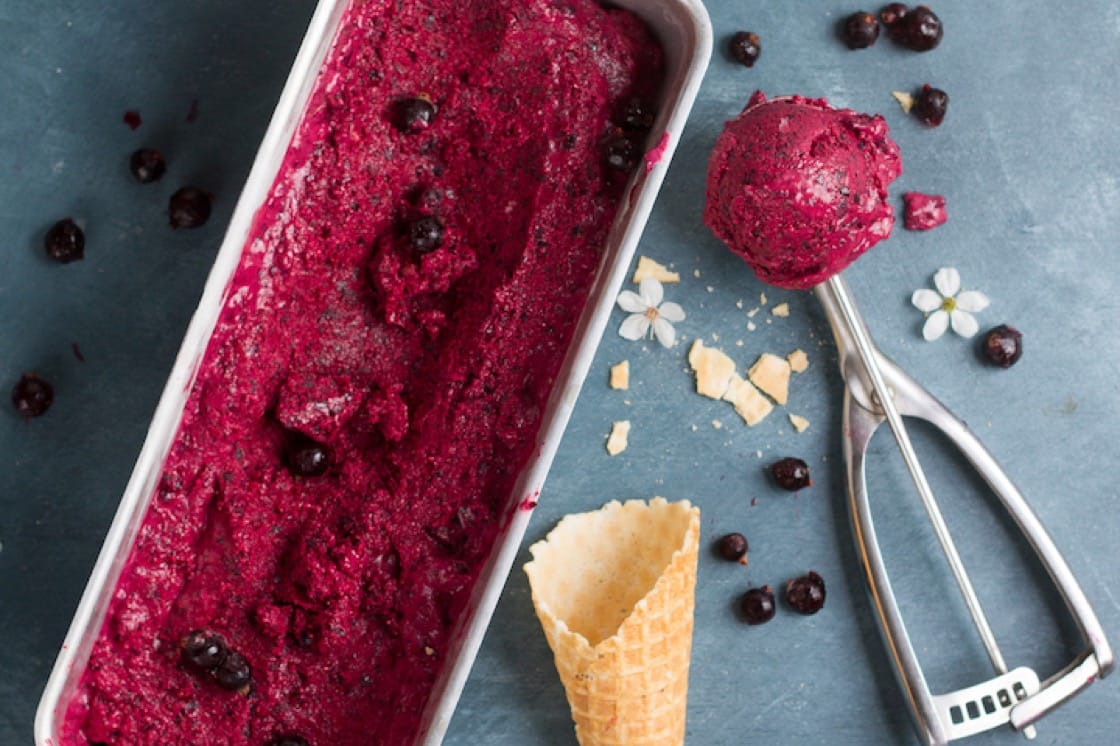 The key ingredients might be similar – think milk, cream, and air – but the difference lies in the proportions of them all and how they are churned together.

Both processes begin with pasteurisation of the milk and cream, then left to age over time for science magic (read: chemistry) to happen.
Next, the liquid mix is churned and frozen simultaneously. During this step, air is incorporated into the mix, and this is where gelato and ice cream differ.

Air in frozen sweets is known as "overrun", the percentage ice cream expands due to air incorporation during freezing. For example, a 1-litre liquid mix that ends up as a 2-litre tub of ice cream has an overrun of 100% (equal parts air and liquid). Soft serves and industrial ice creams tend to have very high overruns of 100% or more, while the overrun is usually 30% for gelato. This means gelato ends up thicker in texture compared to ice cream.
Flavours Paradise

At new gelato shop Birds of Paradise, all the flavours are made from natural ingredients only. This means interesting and tasty combinations such as fig and vanilla, strawberry basil and white chrysanthemum.

"It's very challenging, because the alternative of short-cut products is so readily available throughout the industry. But we try our best to keep things as natural as possible," says owner Edwin Lim.

He adds: "Sometimes it does come back to bite you, though. For example, customers are so used to a certain pandan flavour because that's what they have been eating all their lives, but 90% of the time it is from flavouring products." Some of these customers end up finding the light creamy gelato too natural for their liking, voicing out that this is not 'real' pandan.

"If the customer is receptive, we try to educate them," says Lim. "We have done several taste tests comparing naturally made gelato against gelato made with flavouring products, and for us the difference is stark."