After turning Red Hook into a campground for carnivores with Hometown Bar-B-Que, Billy Durney’s long awaited second act, Red Hook Tavern, revitalizes classic New York tavern fare within the waterfront neighborhood. A Brooklyn native who drew inspiration from his relatives—who immigrated to America at the turn of the 20th century—Durney’s latest restaurant demonstrates the popular pitmaster is branching out to new territory in the neighborhood that helped him establish a following.

At Red Hook Tavern, guests might feel as though they’ve walked onto a Martin Scorsese set thanks to turn of the century lighting, dark floral walls and a handmade oak bar created by local artists Martina Crivella and Dallas Owens. The restaurant even got their hands on an old neighborhood liquor store sign to hang above its entranceway. But mixing vintage and handmade decor is only part of Red Hook Tavern’s appeal. Durney’s menu, which was created in collaboration with executive chef Allison Plumer, is a mix of traditional favorites and what the neighborhood restaurant hopes is the next generation of iconic tavern staples. 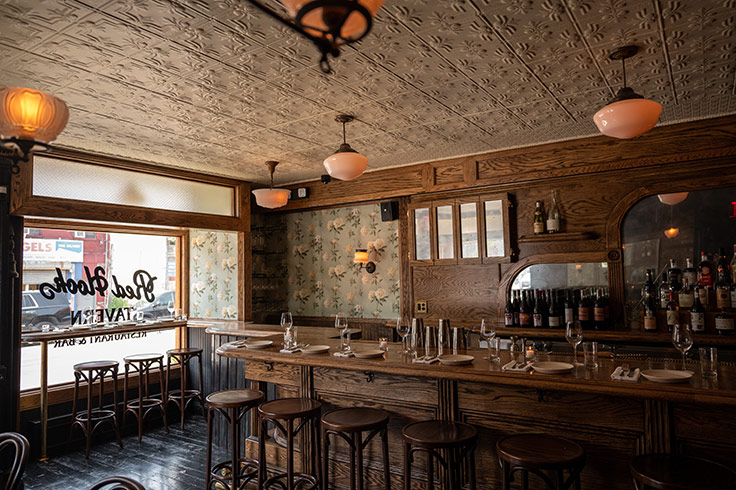 “When I think of the old great classic taverns my first thought has always been the burger. The burger at Red Hook Tavern is my tribute to the one that inspired me the most, which [is] at Peter Luger in Williamsburg, Brooklyn,” says Durney. Red Hook Tavern’s burger is made of dry-aged beef and served with white onion and American cheese on a sesame bun. There’s also a bone-in 45 day dry-aged New York strip steak served with garlic butter and creamed spinach for those craving a casual steak night. However, modern touches are evident in many classic dishes, which give the menu an identity that’s very much its own. Littleneck clams are served in a broth of chile oil along with garlic, white wine and shallots. A charcuterie board includes venison, wild boar, and citrus-marinated fennel and celery. And when it comes to entrées, vegetables are front and center. Roasted corn is served with 'nduja, basil, lemon and radicchio cups, while brown butter-roasted fennel is accompanied by white bean purée. Though the record books may not turn up much evidence for ice cream being served at these establishments, for dessert, guests can select from two different gelatos, including one served with homemade fudge. 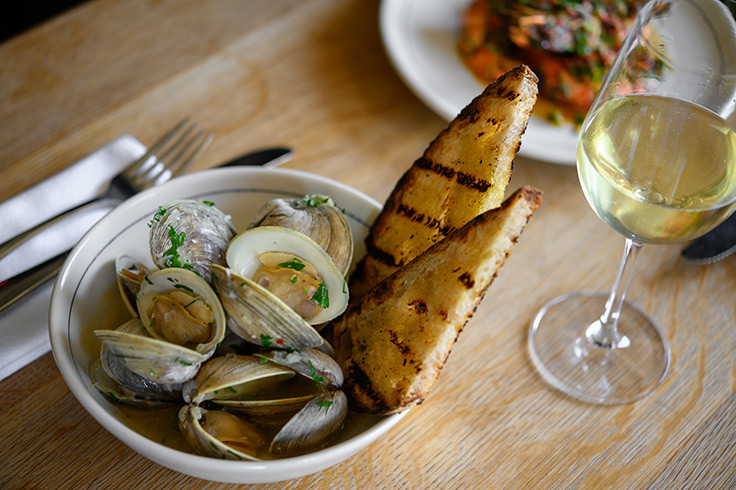 Like any tavern, drinks play a big part in creating the vibe. For Billy Durney, creating a wine list that captured the passion of today’s wine makers and growers was a central theme of differentiating his restaurant from the taverns of old. And the proprietor put in the work to research exactly which wines he wanted to showcase. “We tasted approximately 600 wines to narrow down to a list of 160 bottles and 15 by the glass options to serve at our 40-seat tavern,” explains Durney. Beer drinkers will notice that the menu pays tribute to McSorley’s Old Ale House, widely considered New York City’s oldest Irish pub, with versions of light and dark beer available. “Being able to pay homage to their light and dark ale has been a lifelong dream,” says Durney, who noted that McSorley’s was his all-time favorite bar. The Brooklyn native also made sure to feature the fine work of a few local breweries, such as Folksbier’s Old Bavarian Lager. 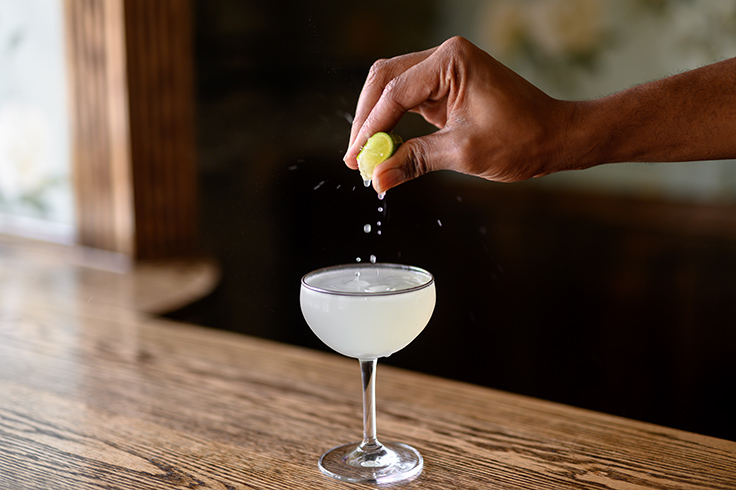 However, while a majority of the tavern is built on the stories and recipes passed down from New York lore, the drinks menu reads like a global adventure the likes of which Ernest Hemingway would approve. “Our cocktail list created by Kenneth Crum, our GM and sommelier, was a thoughtful glance back to some historic restaurants, bars and hotels,” explains Durney. Cocktails like The Bird of Paradise originate from The Strangers Club in Panama City, while the Modder River cocktail is a recipe from Harry Craddock during his time at The Savoy in London. Like the food menu, the cocktail menu hopes to bring back unique combinations of ingredients that were forgotten along the way.

Though the establishments of old may not have had an official reservation policy, guests who are interested in being transported back in time are encouraged to make a reservation online. Red Hook Tavern also accommodates walk-ins on a first-come, first-served basis. The restaurant is currently open for dinner Tuesday through Saturday from 5:00 p.m. to 11:00 p.m. and on Sunday from 5:00 p.m. to 10:00 p.m. The restaurant is closed on Monday.