The Story: This Hainanese kopi-and-toast stall was started by Mr Wong Lock Seng’s father, who was from Hainan Island and worked as a seaman and Chinese teapot merchant. After migrating to Singapore, he set up his stall at Lau Pa Sat in 1964. Wong took over the stall a decade later and it relocated to Amoy Street Food Centre in 1997, where it has been for the past 11 years. These days, he runs the stall with his wife and son, whom he has identified as his successor. 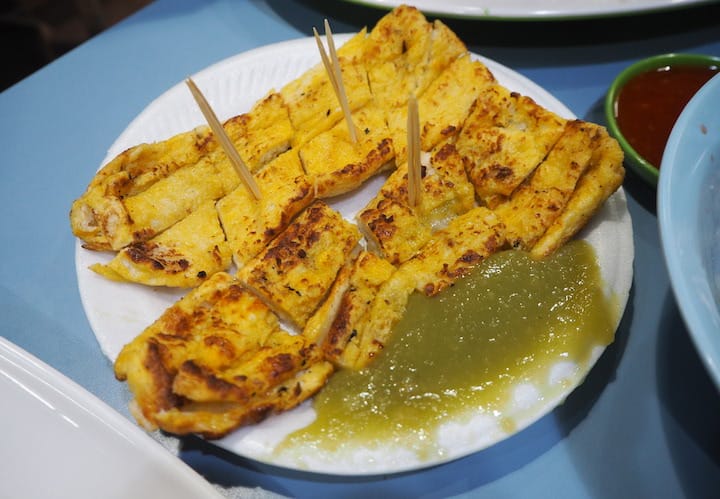 French toast is served with home-made kaya that wafts with a strong eggy pandan fragrance. (Credit: Kenneth Goh)
What’s So Special: Ah Seng (Hai Nam) Coffee is one of the few remaining hawker stalls that toast their bread over charcoal. Wong expertly flips pillowy slices of white bread over a charcoal grill, which imparts a subtle smokiness to the lightly browned and crisp slabs. 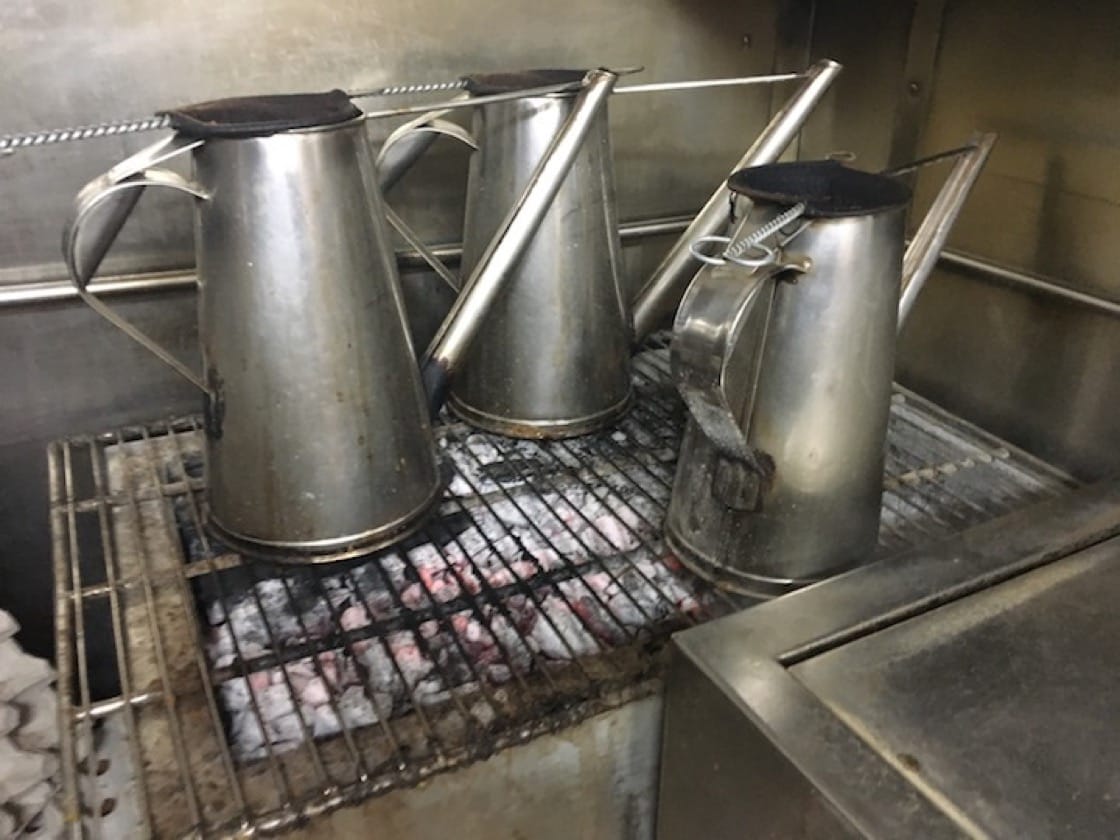 The charcoal grill at Ah Seng (Hai Nam) Coffee Stall. (Credit: Kenneth Goh)
Besides kaya toast (that is usually wolfed down with two soft-boiled eggs), the stall is also known for its French toast — the egg-soaked bread is pan-fried to a golden brown hue — and served with a dollop of house-made kaya accompanied by an eggy pandan fragrance. Besides making toast, the 71-year-old also brews a thick and potent Hainanese coffee made with aromatic Robusta beans that are ground in-house. 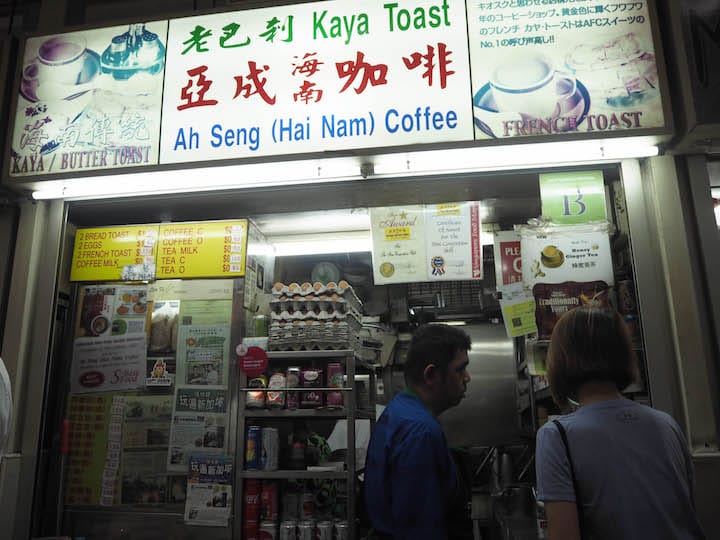 According to Wong, the most popular drink is the Kopi C. Instead of condensed milk, Carnation milk (unsweetened condensed milk) is stirred into the caffeinated concoction that is served in a retro brown-rimmed tea cup and saucer that have been used for more than three decades. The stall, which opens from 5.30am to 3pm daily, attracts a steady stream of office workers who pick up breakfast in the mornings and foodies who stop by for a tête-à-tête over kopi and toast.