Built in 1983, Amoy Street Food Centre is a local culinary institution and their lunch crowd is a testament of that. The two-storey hawker centre on Maxwell Road is home to a wide range of stalls, hawking everything from curry puff to bowls of sliced fish soup. Six stalls from Amoy Street Food Centre were listed in the MICHELIN Guide Singapore 2019 and of the six, four were given Bib Gourmand distinctions.

Here are the six stalls that were mentioned.

What you get here is a bowl of Japanese ramen reimagined and reengineered. They serve only one style of noodles in varying portions; customers can choose from sizes small ($5.90), medium ($7.20) and large ($8.50). The noodles are prepared in the style of a Hong Kong wanton mee and accompanied by their take on char siew – the pork is sous-vide for 36 hours before getting lightly smoked in wood chips, and finished with a homemade sambal and hae bi (read: dried shrimp).

The duo often sell out by 1.45pm at lunch and 7pm at dinner thanks to a restriction of 200 bowls they placed on themselves to control the quality and consistency of the noodles they sell. Thus, there's almost always a queue at the stall so we recommend heading down early to snag yourself a bowl.

SEE ALSO: Behind The Bib: A Noodle Story 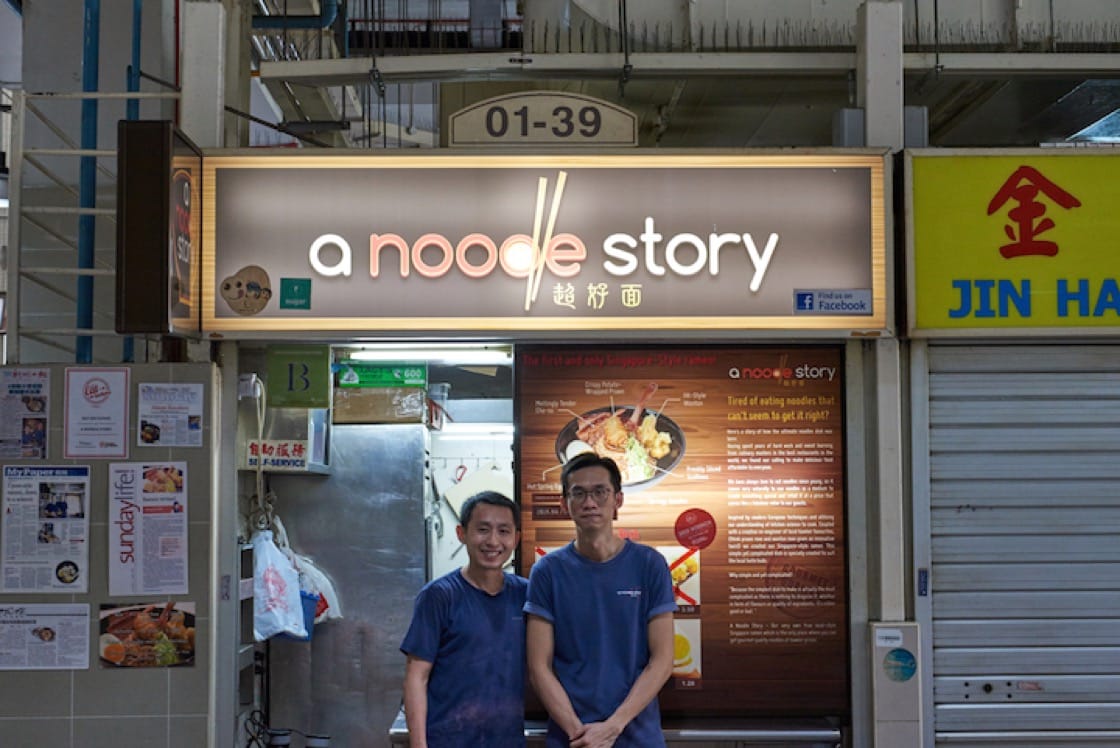 They've been hawking beef noodles for over 60 years, with their journey beginning at Kock Street before moving to Cuppage Centre and eventually, Amoy Street Food Centre. The beef noodles that has received a Bib Gourmand distinction is not your usual thick and heavy variation. Hong Kee's beef broth is as light as it is flavourful – the result of simmering beef bones and meat for over 24 hours. The beef slices are tender, succulent and well-cooked, giving the dish of noodles a nice bite.

They went from baking bread to folding curry puffs so they know a thing or two about pastry and it shows. The puffs from J2 are light and flaky, which is a result of closely watching the temperature of the oil, owner Lee Meng Li shared with us in a separate interview. “The temperature of the oil must be just right to be able to create that perfect golden crust," he explains. "The curry puffs also cannot be left in the oil for too long, or the fillings might leak." He also shares that their taro puff, thanks to the balanced combination of savoury and sweet, is also a hot favourite among customers. 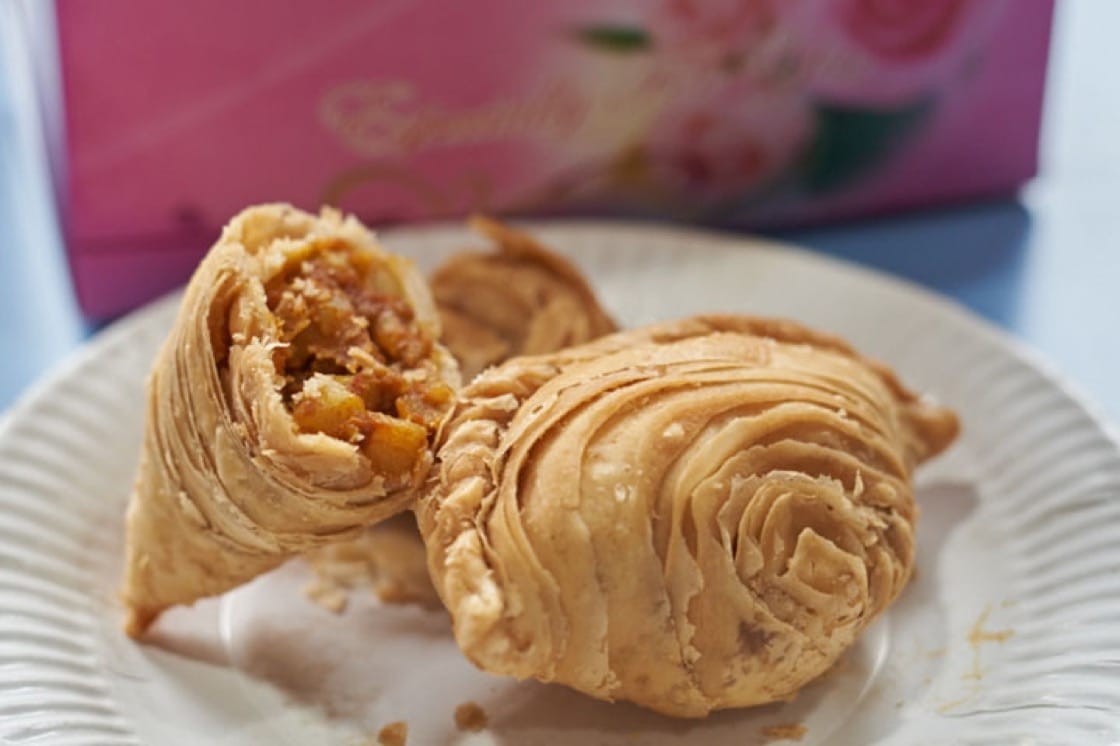 For many, this is the gold standard for rice dumplings or bak zhang (Hokkien for rice dumplings) as they are known to the locals. For over 50 years, Hoo Kee Bak Chang has been hawking traditional Hokkien-style bak zhangs to Singaporeans. What makes it decidedly Hokkien is the technique of stir-frying the grains of glutinous rice with five-spice powder and dark soy sauce before cooking. This gives the rice dumplings its signature caramel colour and savoury-sweet flavours.

The pork and chestnuts are also marinated prior, infusing the rice with more flavour as it cooks. Customers queue for a taste of the original dumplings made with pork and chestnuts but you may also choose from the bak zhang that's stuffed with a salted duck egg or a variation made with mushrooms. They're all excellent. 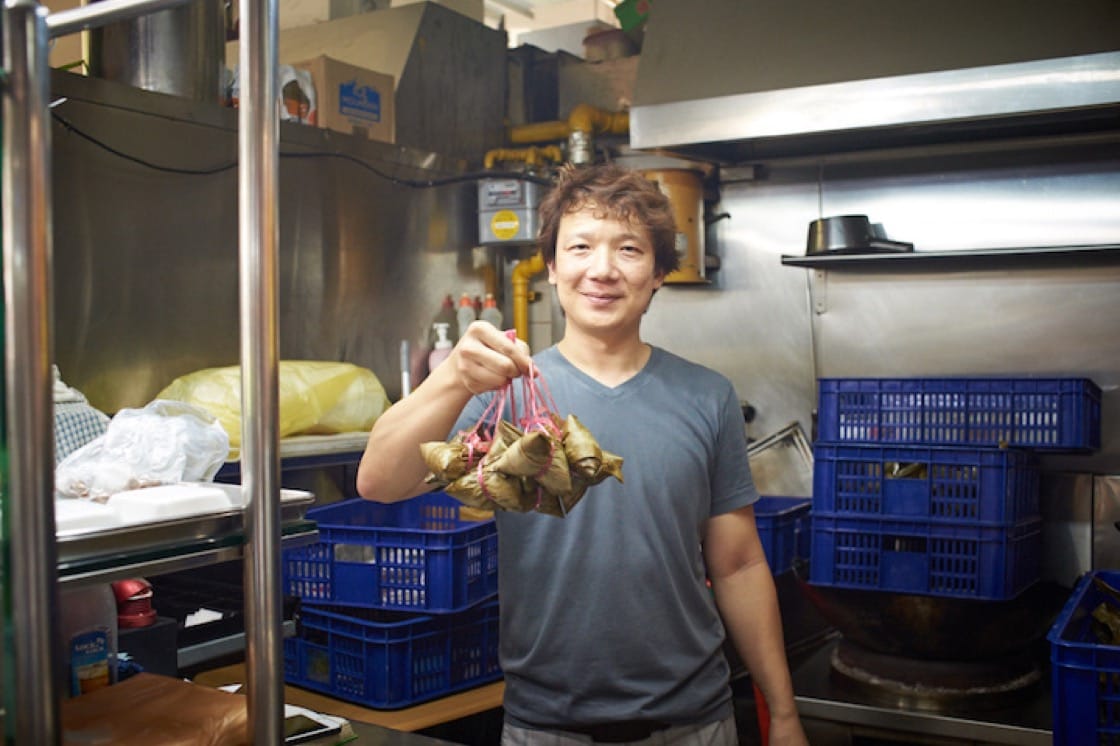 Occupying two stalls on the second floor of Amoy Street Food Centre is Yuan Chuan's lor mee. They moved from Boon Tat Street to the food centre in 1984 and have remained put ever since. What makes the lor mee here stand out is the viscosity of the gravy; while deliciously thick and savoury, it has none of the starchy, gluey texture lor mees are usually associated with. The ngoh hiang (read: Hokkien and Teochew-style meat roll) here is excellent as are the bits of pork belly and shark's meat. Beat the lunch crowd but paying them a visit before 10am. Anytime after that will result in a wait that's approximately half an hour long.

This stall in Amoy Street Food Centre is helmed by a third-generation fishball noodle hawker. The MICHELIN inspectors praised the broth for its robust flavour, and no wonder, as pork ribs are boiled for several hours to achieve that umami goodness. In the dry version, the noodles — your choice of yellow mee, kway teow, vermicelli, mee sua, bee hoon, mee tai mak, mee pok or mee kia — are tossed in a proprietary chilli sauce blended from seven ingredients that have to be stir-fried for hours. The noodles are then topped with minced pork, slices of fish cakes and fresh, bouncy fishballs.

This article was written in November 2017 and updated by Rachel Tan in February 2020.