Halloween celebrations are packed with scream-worthy haunted house attractions and ghoulish-looking cocktails and food. If these are too childish for you, up the scare factor by having a spirited meal at one of these haunted eateries.

Plagued by with a gruesome history, these eateries might send shivers down your spine that have nothing to do with the air-conditioning. 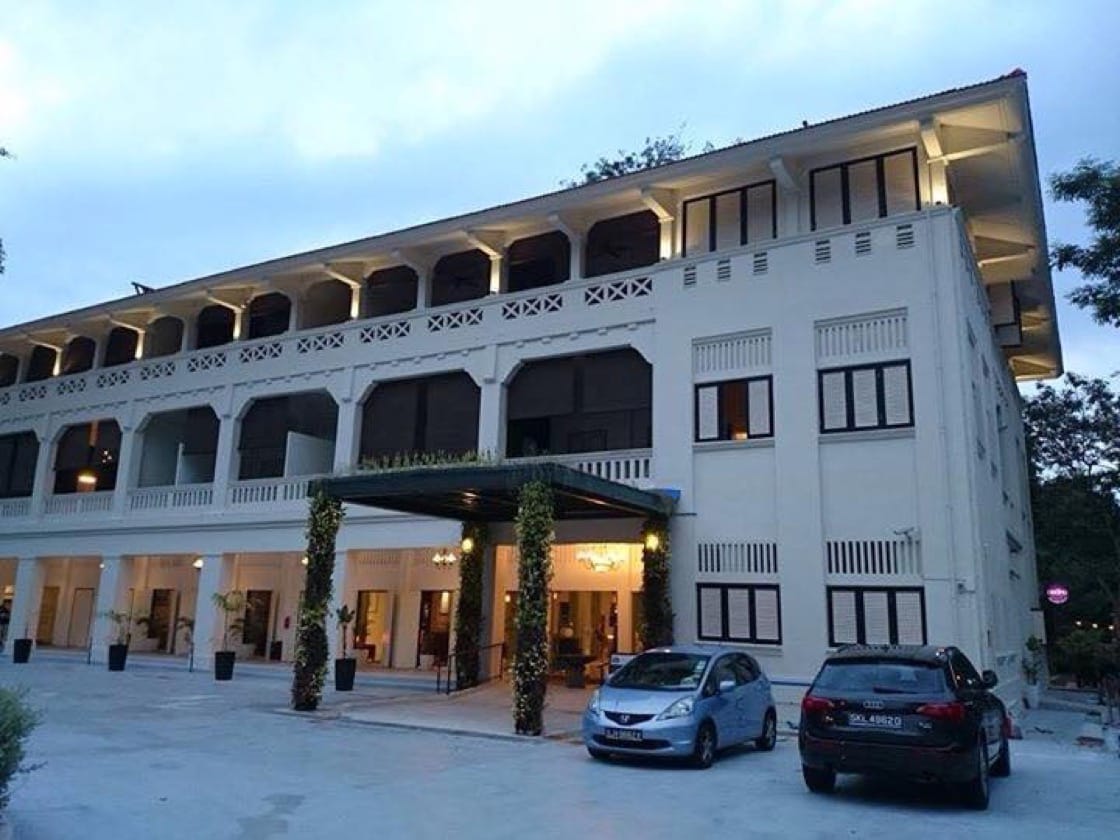 Old Changi Hospital ranks as one of Singapore’s spookiest spots with sights of deranged spirits and strange sightings reported over the years. Located next to the colonial building is the equally ghoulish Changi Commando Barracks, where many British and Australians prisoners of war lost their lives during World War II. Despite its ghastly past, the building has been refurbished into a 50-room hotel with two food and beverage spots. The Red Beret serves Western and Asian dishes, while Cedro is a sports bar with alfresco seating that opens out to the surrounding lush foliage. The majestic building, which sits on an idyllic 9,665 square metre garden filled with pine trees and bushes, also hosts business events and weddings.

Murray House, a 160-year old restored three-storey colonial building, is a seaside gourmet and shopping hotspot in Stanley. The building houses a seafood and tapas restaurant and beer hall. However, the building, which was first located in Central and reassembled in Stanley in the early noughties, has a dark past. The iconic building, which started out as quarters for British army officers, was taken over by Japanese forces during World War II. During the 44-month occupation, the site witnessed many executions. After the war, the building housed various government departments. However, hauntings were so rife that exorcism ceremonies were carried out in the 1960s and 1970s. In 1982, the historic building was dismantled and shifted to Stanley. Despite its long history, the building today is a popular dining spot among eaters who are looking for a seafront view. Couples also use it as the backdrop of their pre-wedding photos. 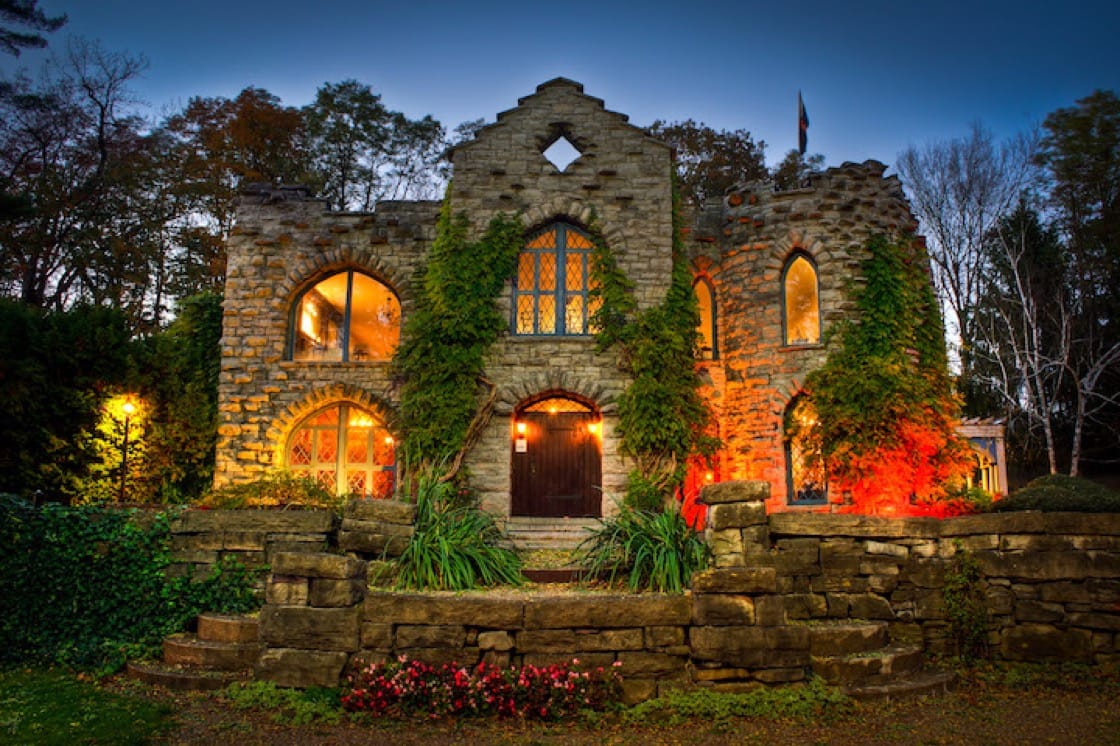 The castle, which currently houses a restaurant that serves American food, has been certified haunted by the New Hampshire Institute for Paranormal Research, which concluded that there are two spirits roaming the castle. Legend has it that Native Americans were killed on site in the 1700s, while other unfortunate incidents include suicides and the untimely death of a bride-to-be the night before her wedding. These days, the castle proudly markets its ghostly past with events such as a murder mystery dinner theatre and a psychic fair that features numerology and tarot card reading sessions. 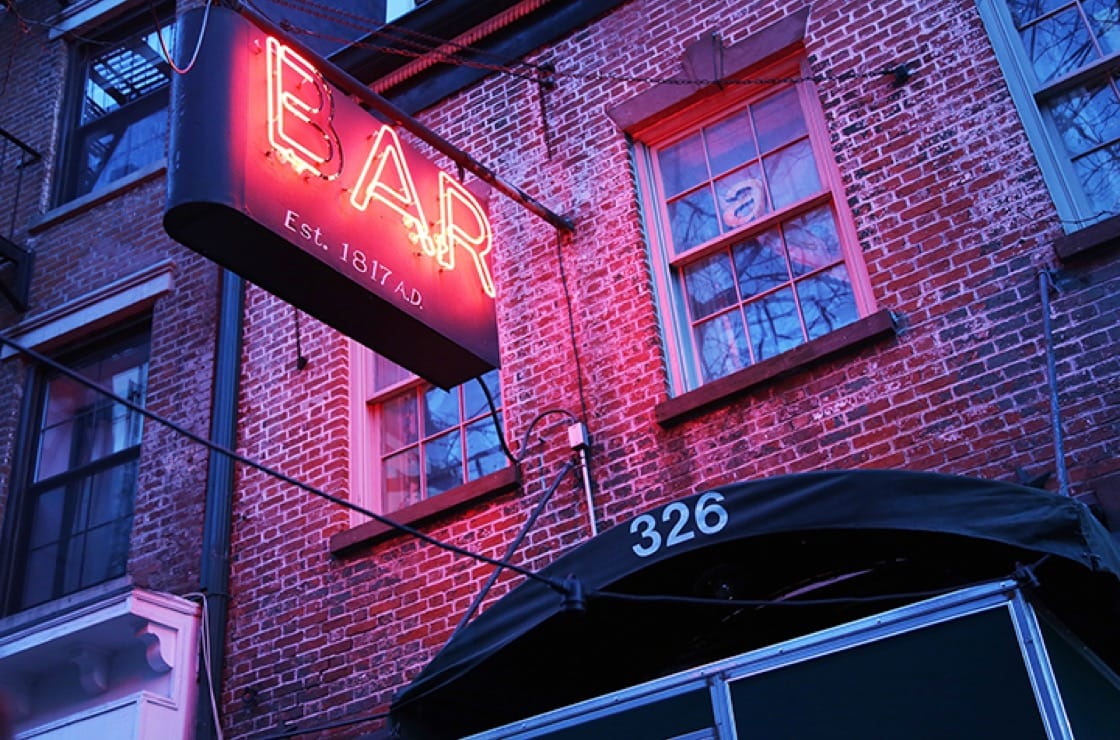 One of the oldest bars in New York, the cozy Ear Inn, located in far West SoHo at Spring Street, celebrated its 200th anniversary last year. Back in 1817, the Ear was first dubbed the James Brown House, named after a local tobacconist of the same name, who was also an African-American aide to George Washington during the Revolutionary War. (It's been said Brown is depicted in Emmanuel Leutze's famous oil-on-canvas painting "Washington Crossing the Delaware.") Since its debut, the James Brown House has changed owners, and housed the aforementioned tobacco shop, as well as a number of saloons and bars and survived prohibition. It was finally renamed the Ear in the late 1970s, when its current owners covered the rounded parts of the B of the 'Bar' sign, leaving it to read "Ear" — an effort to get around the Landmark Commission's new signage review.

But at the turn of the 20th Century, the Ear — located a stone's throw from the Hudson River — was a regular hangout for sailors passing through the city's ports. Legend has it that one such sailor living upstairs was hit by a car in front of the bar and died; it's said that the ghost of "Mickey" still haunts the Ear today. Per the Ear's website, "Mickey" has been "patiently waiting for his clipper ship to come into the harbor for the past hundred years."