Acclaimed Australian chef Neil Perry of Rockpool Bar & Grill in Sydney has a photographic memory of the meals that he has eaten around the world. Whether it is “a piece of beautifully grilled meat” from one-Michelin-starred Burnt Ends in Singapore to those cherished meals with the late Joël Robuchon at Jamin in France, nothing escapes Perry’s encyclopedic dining memory.

When asked about the best meal that he has ever eaten, he replies instantly about a life-changing meal that altered his perspective of food. The fateful meal took place at pioneering nouvelle French restaurant L’Archestrate during his maiden trip to France in 1984.

Perry says animatedly of the meal that took place 34 years ago, “We had the steamed cabbage-wrapped foie gras sprinkled with sea salt and crack pepper, warm salad of duck confit and mango with walnut dressing, fish in vanilla sauce and spring lamb with baby vegetables drizzled with meat jus.”

On the foie gras dish, he gushes: “An explosion of flavor and textures occurs after taking a bite of that dish, you have the crunchy cabbage against melty foie gras.” 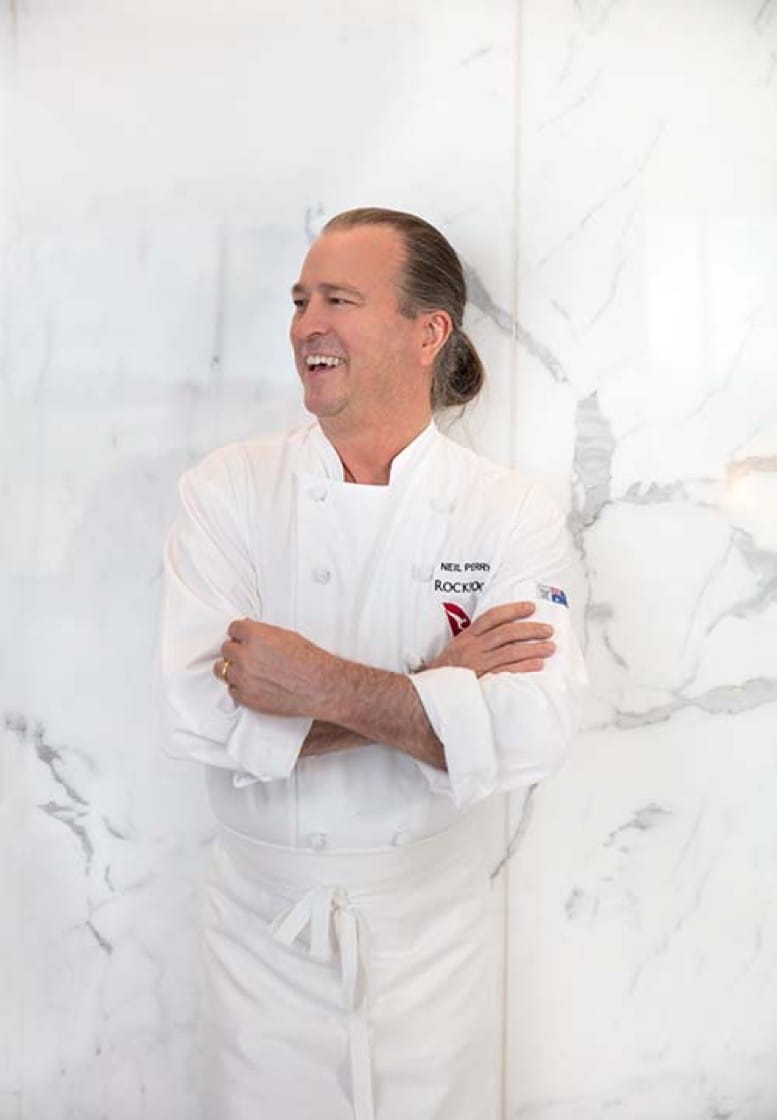 More than just a mouth-watering meal, it got him to think deeper about cooking. “What was amazing about the meal was that no secondary sources were involved,” he recalls. “It was all about vegetables and dressings, and how the primary ingredients tasted so delicious and succulent.”

Returning home from that trip, he made two decisions that shaped his career. Then cooking at a Provençal French restaurant in Sydney's Palm Beach, he questioned why he was cooking French food in Australia when there was already a wealth of French fare. Hence, he decided to expand his cooking repertoire to include Italian, Chinese and Middle-Eastern influences. He also opted for a lighter cooking approach. Instead of
slathering jus and butter on meat, he makes purees, sauces, broths and coulis from vegetables that complement the protein.

His cooking ethos still rings true at Rockpool, which has grown to become an iconic modern Australian fine-dining restaurant, with its versatile dining influences ranging from Italian to Japanese. Rockpool is part of Rockpool Dining Group, an empire of some 60 eateries in Australia, ranging from the casual Fratelli Fresh to fine-dining concepts such as Sake, which opened last November.

When Perry isn't cooking in his restaurants, the multi-hyphenate has been a food, beverage and service creative director for Australia’s national airline Qantas for the past 20 years. Perry designs in-flight menus for first and business classes and for Qantas lounges. Each menu, which changes four times a year, is developed about a year in advance. For this year’s menu, he hopes to introduce dishes such as tomato and bocconcini pasta with mozzarella, chilled zucchini soup, and use more seafood from Australia and bring in local dishes in Qantas’s lounges in airports.

When the globe-trotting chef isn't traveling around the world for events and collaborations, he calls Sydney home. Here, his favorite food haunts in the city. 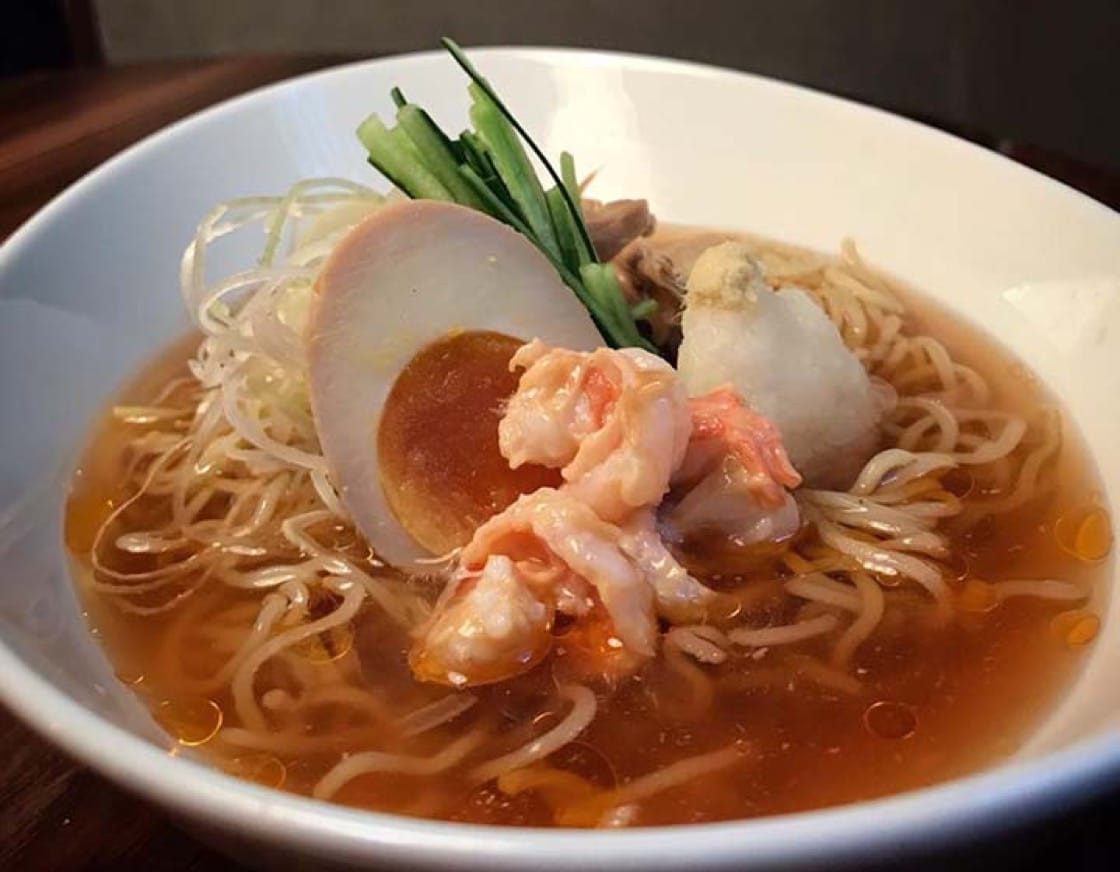 Neil Perry says Chaco Bar in Darlinghurst serves one of the best ramens in Sydney. (Photo courtesy of Chaco Bar.)

What are your favorite spots in Sydney?

If I have friends from overseas who are in the mood for fine-dining, I would go to Bennelong, where there are great views of the Sydney Harbor. Mat Lindsay’s Ester serves thoughtful and interesting dishes with a mix of Western and Eastern influences. Of course, there is Golden Century Seafood Restaurant, where lots of chefs love to visit. It's open until late and we love to have the noodle dishes with abalone and crab.

My wife and I frequent a little yakitori bar called Chaco Ba every two to three weeks. It feels like stepping into a hole-in-the-wall eatery in Tokyo. I love the skin, heart and especially the gizzard. It is crispy on the outside and creamy in the middle—it is very addictive. Sometimes, the chef does ramen and there are long queues for it. This is one of the best ramens in Sydney. I also like Lankan Filling Station, which serves modern Sri Lankan food, such as hoppers (a savory pancake made from a fermented batter of rice flour and coconut milk with crispy edges) served with curries and relishes.

What are your favorite markets to get produce from?

Sydney Fish Market is a must-visit for the diverse amount of seafood that we have in Australia. For meat, I go to Victor Churchill in Woollahra for its dry-aged beef and lamb, and chicken and pork that come from sustainable sources.

For fish, I head to The Fish Butchery by Saint Peter in Paddington. It sells all parts of the fish, from the skin, gills and guts that go into making garum (fermented fish sauce) and liver that tastes like a not-so-rich foie gras. I also like Carriageworks in Eveleigh, which is an old train station that has been converted into a weekend farmers’ market. There are local farms from the Blue Mountains who come down with their organically grown fruit and vegetables. It is fun to explore the stalls selling food, seafood, cheeses and wines. 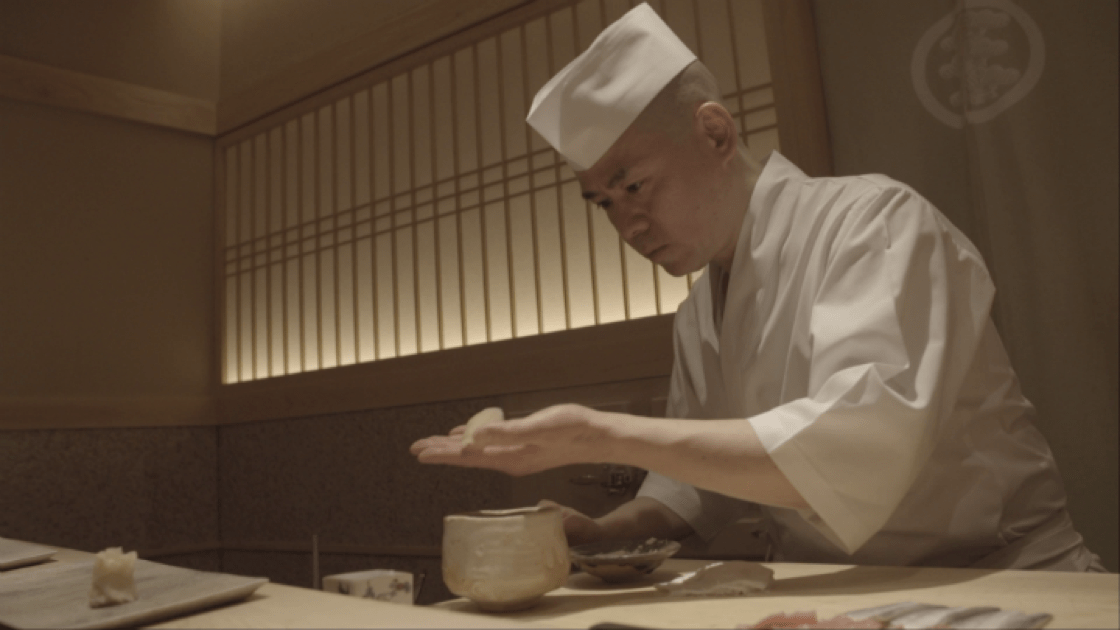 Three-Michelin-starred Sushi Saito in Tokyo is one of the restaurants that Perry would like to go if he could hop on a plane right now.
What are some of the up-and-coming food enclaves in Sydney?

Chippendale is definitely up-and-coming, with restaurants such as A1 Canteen, Ester, LP’s Quality Meats and Automata. There are a lot of new food places towards the stretch of the new conference centre in Darling Harbor. Bondi seems to be undergoing some sort of a renaissance. Besides the Bondi Icebergs Club, there are a couple of new places popping up such as Sean’s Panaroma. Another exciting area that is returning on the dining radar is Paddington, which has places such as St Peter, Fritzenberger and Paddo Inn.

I would go to either Tokyo or San Sebastián in Spain. In Tokyo, the three-starred Sushi Saito is off the charts for its sushi and sashimi. My favorite dish is this incredible prawn dish [where] the prawns are broken and blanched, and the prawn juices are draped on the rice. In San Sebastián, one-starred Asador Etxebarri is on my go-to list. Chef Victor Arguinzoniz cooks everything over a charcoal grill with wood that is sourced from a forest near the restaurant. He smokes Beluga caviar, in-season eel and even the milk ice-cream is smoked.

What is your favorite ingredient that you have encountered in your travels?

I love fresh lily bulb, gingko nuts and bamboo shoots that are only grown within very short seasons during spring and summer in Australia. Like how the French love truffles, I can go on and on about bamboo shoot that I first saw in Hong Kong. I love them in stir-frys and soups. It has a crunchy, straw-like texture and boasts subtle flavors to bring dishes to another level.

I always have cheeses such as Parmigiano-Reggiano, Comté and blue cheese, smoked bacon or prosciutto as a snack or salad topping, and fresh chiles.