Carrie and Rupert Blease are a culinary force to be reckoned with. Hailing from Los Angeles and England, respectively, the pair have cooked in heavy-hitting restaurants including Le Manoir aux Quat’saisons in Oxfordshire, England, Per Se and Blue Hill in New York and Commonwealth in San Francisco before opening a restaurant of their own, Lord Stanley, in Russian Hill.

“Like the husband-and-wife team who own it, Lord Stanley is half European and half Californian,” state Michelin’s troop of anonymous inspectors. “Superlative ingredients and a sun-filled space lend it an undeniable West Coast vibe, while house-made breads, confections and an intriguing wine list of European vintages make it clear that these chefs were trained across the pond.”

On May 13, #teamBlease is returning to New York, taking over the kitchen at Chefs Club for a month-long series of dinners with various visiting Bay Area chefs. Carrie says it’s been a long time coming. “We always wanted to come back in some capacity,” she says. “It’s something different for us—we’re excited to be back in New York in general, and working with the different chefs is really exciting.” 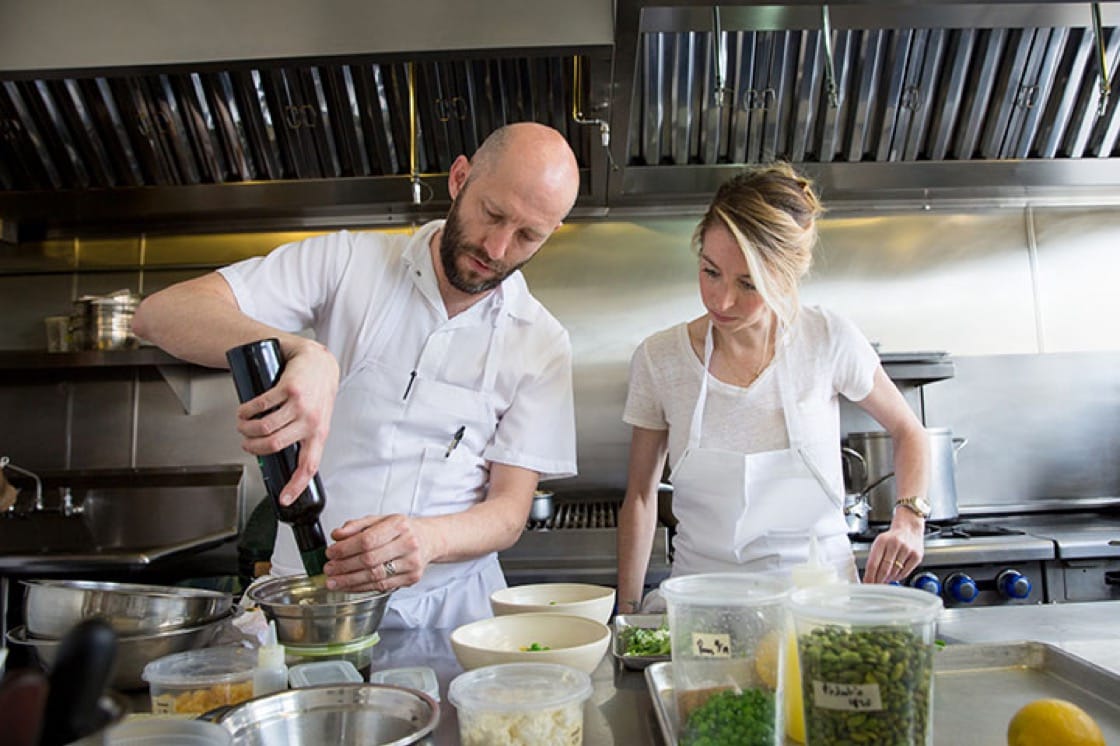 First up, the Bleases are working with Erik Anderson of two-Michelin-starred Coi, as well as Jason Fox of one-Michelin-starred Commonwealth, Carrie’s former colleague and good friend. Each chef is responsible for an amuse and a mignardise while the main courses are divided among who does what best. “Everyone has specific ingredients they want to use that showcases what they do best,” Carrie says of the menu process. “We had a lot of phone calls, a lot of sit-downs, beers after service, trying not to have any crossover ingredients.” Carrie also added that both Anderson and Val Cantu were able to give insider tips about the space, as they cooked at Chefs Club for Michelin’s first series of pop-up dinners last fall.

Carrie and Rupert are bringing their famed sea urchin bottarga—a Lord Stanley menu staple—to reveling New York diners. Local sea urchin from the Bay Area is cured, dried and dehydrated until it becomes a consistency akin to a grateable Parmigano-Reggiano. “We’re bringing dishes that are very [much] our style,” says Carrie. “Obviously being from San Francisco, it’s hard not to be local, seasonal, organic—all those things. At the same time, we practice restraint. We try to have less than four or five things on a plate at once and we try to focus on each element, bringing a British or European element to each [one]. That’s our style of food.” Aside from the aforementioned bottarga, as well as morels sourced from the Pacific Northwest, the product-driven team will frequent the local greenmarket in Union Square keeping up to speed with what’s in season. (Thankfully, New York City is donning its springtime best.) 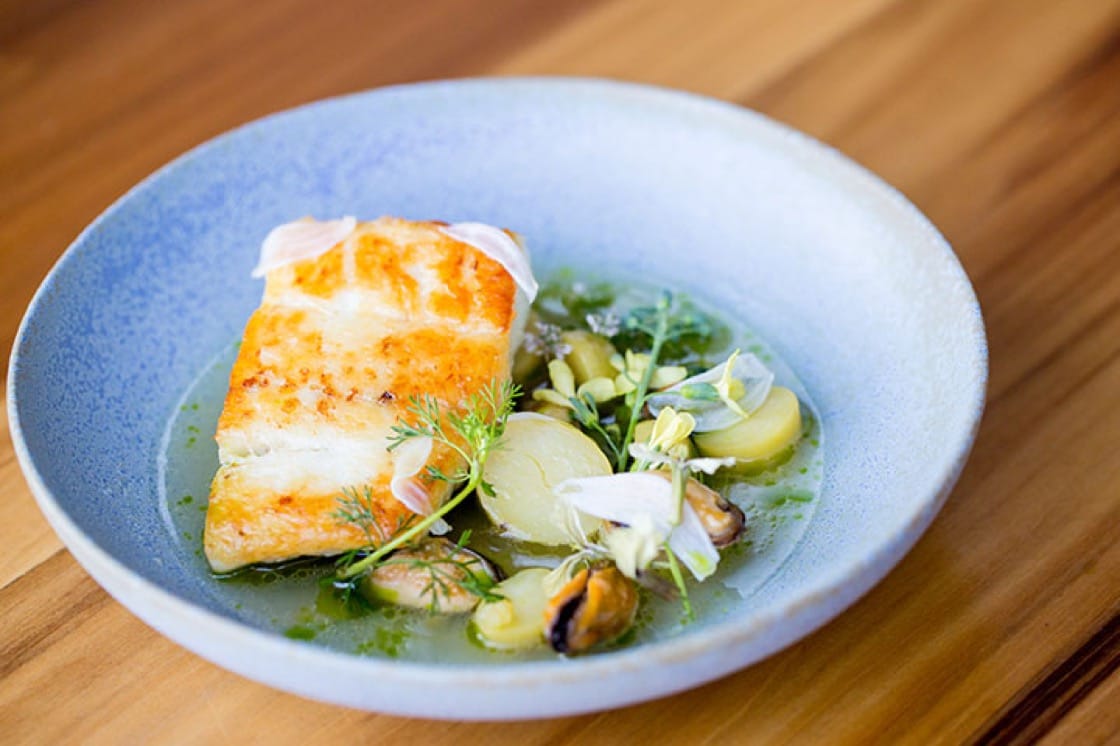 These days, you’d be hard-pressed to find chefs who aren’t looking to host a collaboration or “four-hands” dinner—it’s the new-age way for chefs to sharpen their skills and technique, not too dissimilar from the staging days of yore. “It’s super exciting for our staff and our regular clientele to come in and have something they aren’t used to,” she adds. “And then participating in them for that exact same reason.”

In their downtime, Carrie and Rupert hope to cover some ground in New York’s dining landscape. “Since 2006, we’ve only been back twice in a two-week period in 2016 and we didn’t have time to do anything,” she admits. The pair hope to dine at Wildair, Frenchette and Le Coucou.

Perhaps researching for a future collab dinner in the Bay Area? Only time will tell.