John and Karen Urie Shields, chefs and co-owners of Chicago's two-Michelin-starred Smyth and its casual downstairs sibling, The Loyalist, have a serious history.

The duo first met in 2003 while working for Charlie Trotter’s legendary restaurant at 816 W. Armitage Avenue. John was sous chef while Karen was head pastry chef. “Our relationship didn’t turn into a personal relationship until 2007,” says Karen, of when John returned to Trotter’s after a stint at Alinea. “We had to keep it under wraps.” Funnily enough, the couple got busted while dining along the river. “We thought we were hidden and secret, but someone [we knew] was on an architectural boat tour.” 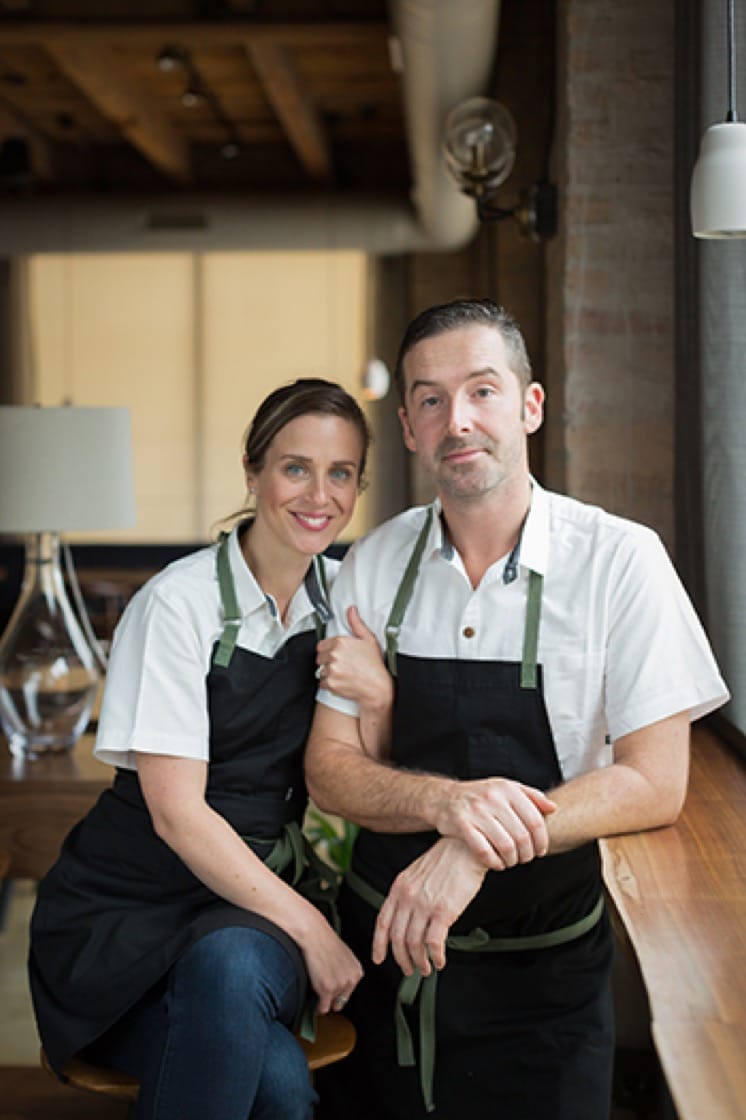 Fast forward a few months when Trotter eventually asked John and Karen to open his new restaurant in Las Vegas. “Naturally, we said ‘yes’—it seemed like a logical opportunity for the next step for us,” Karen recalls. But after several months of planning and delays, the pair reflected on their decision. Like a diamond in the rough, a small 35-seat restaurant in the quaint town of Chilowie, Virginia popped up on their radar via Craigslist, looking for someone to rebrand and re-concept; the two flew down almost immediately for a tasting.

“I think it was such a whirlwind that we didn’t have time to dwell on it, which is probably for the better,” recalls John. “If you think about it too much—to moving to a one stoplight town—you might change your mind. The ball got rolling and it didn’t stop.

And what a ball it was. John and Karen’s tasting menu at Town House drew much attention—and even more so after a New York Times report.

Wanting to expand their culinary wings, the Shields started looking for restaurant spaces in Washington, D.C. and Karen’s native Philadelphia. Nothing came to fruition. Then, John got a call from Chicagoland chef Bill Kim, who sent him a vacant listing on N. Ada Street. “Thank God he kept pushing me to do it,” John says. “We spent one day looking and it was same old, same old. Then, Bill persuaded me to come check out [the space] at night—I walked in and fell in love. It was meant to be. I truly believe that.” 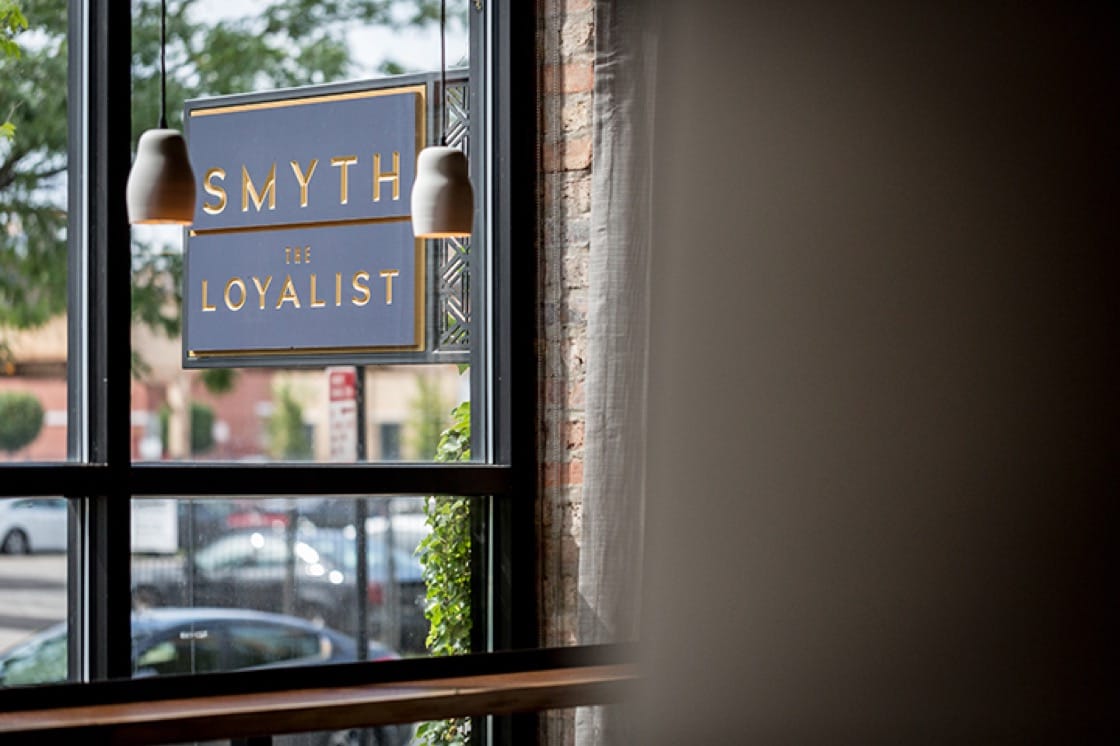 The Loyalist opened for business at 177 N. Ada Street in the summer of 2016; Smyth opened a short time later. Named for the county that Town House resided in, Smyth offers three different tasting menus featuring five-, eight- and 12-courses reflective of the seasons. Downstairs at The Loyalist, more casual fare is offered à la carte.

When it comes to the menus of both restaurants, the dual collaboration comes from research, personal experiences, travel and, most importantly, the good ol’ fashioned gut feeling. “The more we try to structure, the less creative things happen,” John says. “So I try not to do it. We’ve spent a lot of time together and working in the kitchen and traveling the world together and eating at great restaurants. I believe it’s putting in the time to hone your craft. We’ve paid our dues, and now we know each other innately.”

At Smyth, the Shields display their technique and finesse through dishes like slow-cooked beet with beet blood Bolognese and black currant; brioche donut with aged beef au jus; and sorrel-wrapped squab with burnt honey and roses. Deviled eggs, èclairs piped with silky foie gras and topped with lavender honey, and hearty items like cheeseburgers and aged rib eye with brown butter can be found on the menu at The Loyalist. 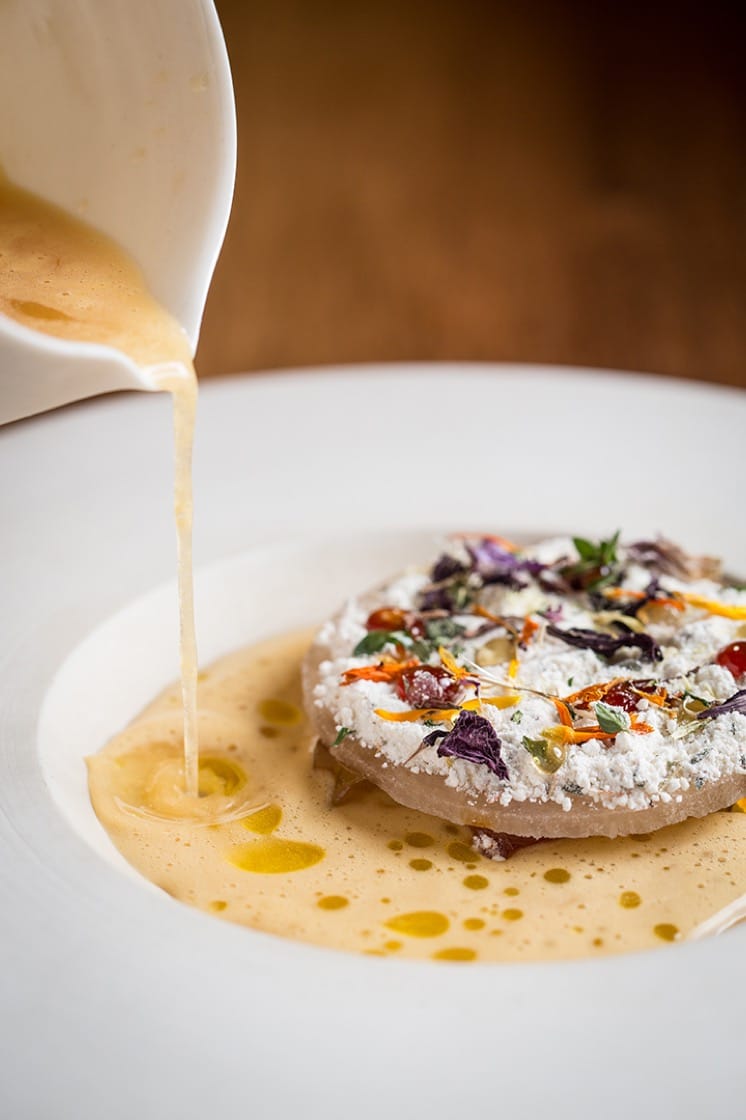 Smyth was awarded its second Michelin star last October. “Chefs John and Karen Shields have remarkable resumés at the best restaurants across the country. But what they have built in their own kitchen is even more remarkable,” said Michael Ellis, international director of the MICHELIN Guides.

Indeed, their restaurant is a testament to their relationship and how they grew together. “When we first started, we weren’t married or had kids. I think we were a little more independent of one another in a way,” says John. “And we didn’t own the restaurant in Virginia. That’s a totally different ballgame—we were co-chefs. Things now are naturally different. We’re married and have kids, and have our own business. The communication is seamless. It’s ‘I’ll pick up where you left off’ or ‘I’ve got this, you’ve got that.’ Or when times are stressful or uneasy, we look at each other and say, ‘we got this, we’ll get through this.’ I feel like we’re more of a team now than ever because there is so much on our plate—we have to pick up where we left off without a hitch.” 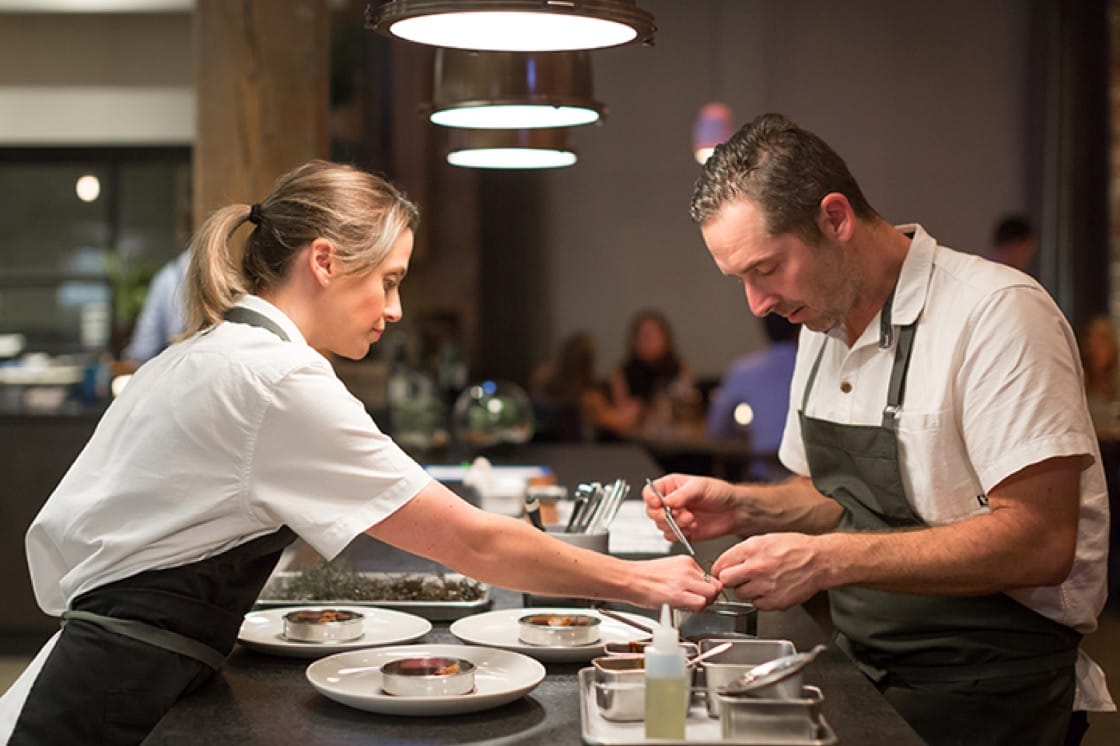 Karen insists that that aforementioned gut feeling also plays a role when it comes to working with one's partner. “If you have a doubt, then maybe it’s not a good fit,” she says, stating that she couldn’t imagine working without John. “And it’s not just the physical time together. It’s that creativity and teamwork, the idea of setting goals and accomplishing them that is very satisfying. Somehow it just works for us.”

“We’re idea people—enough is never enough for us,” notes John of what lies ahead for the team. “Smyth and The Loyalist still has work to do; I don’t ever know if it will be just right. Our level of excellence is an abyss, it never ends. And the sky’s the limit.”