Prior to meeting each other, Beverly Kim and Johnny Clark were living parallel lives. Growing up in Chicago and Cincinnati, respectively, the pair started cooking during their teen years; Kim enrolled at local Kendall College while Clark went on to the esteemed Culinary Institute of America in Hyde Park, New York. Following graduation, Kim spent much time cooking in many of Chicago’s great restaurants, including the famed Charlie Trotter’s, Opera and Aria, while Clark worked on the line at La Côte Basque in New York, Charlie Palmer’s Aureole in Las Vegas and Le Châteaubriand in Paris.

The two also took their knife skills overseas to Korea at different points, but they wouldn’t finally meet until 2008 when Clark moved to Chicago—after living in the mountains of Korea, he couldn’t return to the everyday high pressures of New York City living. Clark spotted Kim in the local CS magazine, and became hooked when he realized she, too, spent time in cooking in Korea. He then made the bold gesture of sending Kim a humble email asking to meet and recount their tales of cooking in a country he held so dear to his heart. “Long story short, I guess she was intrigued—and three kids later, the rest is history.”

“It was serendipitous,” Kim, the daughter of Korean immigrants, says of their first encounter. At the helm of Opera—her first executive chef position—Kim’s life was, what she calls, a wreck. “I hadn’t slept for 30 days. The [former] executive chef had left and I didn’t have a sous chef and I was running this whole restaurant.” The “random” email from Clark took her by surprise, especially at a time when Korean food in Chicago wasn’t at the forefront. The two met for their first “professional” meeting, shared stories, quickly escalated to boyfriend-girlfriend status, got married and had a child—all within a year. “Very few people that I knew in the culinary world were interested in staging in Korea,” shares Kim. “I was really intrigued, and, turns out, he’s not only totally cute, but he also had a passion and vision that really sparked something in me that’s like a ‘soulmate’ kind of thing—someone I can really relate to. We hit it off in an instant. I wouldn’t [recommend] anyone to do what we did.” 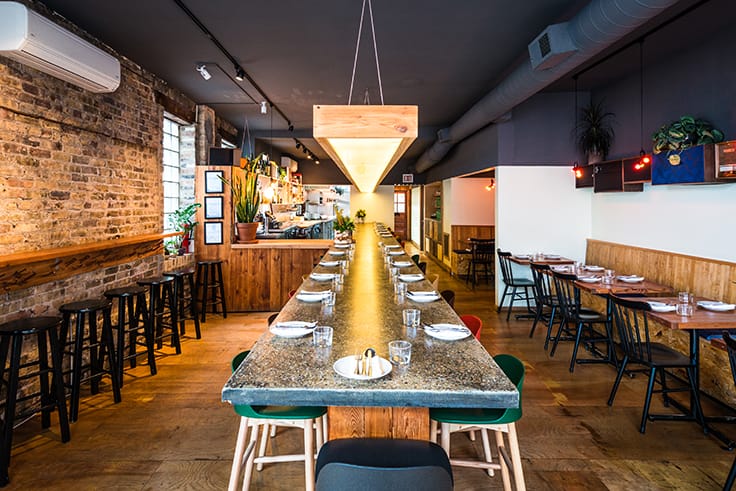 After a series of events—including a stint in Cincinnati—they asked Kim’s parents for help to open a restaurant. It was a last resort. “That loan was one of the most scary moments,” adds Clark. “It felt desperate. It takes away your pride and it's humbling. I wanted to feel like I was a providing husband and father, and I couldn’t make it happen.” At the time, they were a family of three making $32,000 a year, on Medicaid and living in an apartment where the furnace was located in the middle of the kitchen.

“I was very calculated in how to survive in this business,” adds Kim. “Just being in the back-of-the-house—sure, you work under great people, [but] you have to learn how to survive, and without support and having a kid . . . you’re stretched in all levels—physically, mentally, financially.” The two took a leap of faith, sheer desperation propelling them forward “because how bad can it get?”

RELATED: Beverly Kim & Johnny Clark Open Second Chicago Restaurant
Parachute opened in May 2014 and it earned a MICHELIN star in 2016. Inspectors deem that, "Though there’s a distinctive Korean thread running through the menu, Parachute is a creative, open-ended endeavor at heart." The family of now five live above the restaurant, and the work life blends into the home life. “People say you can turn it off, but you can’t—there’s no turning it off,” says Clark, noting that the road that led them to this life is happy, albeit bumpy. “When we opened, I was one of the line cooks here—we started with nothing. We started with $200,000, which is chump change compared to what most people spend. It meant doing everything ourselves.” All of this would become more stressful when the pair started having kids. “We had a child and we had two chefs in the family and both people can’t be away for 90 hours a week,” he continues. “[But] we felt like the only way to manage our own schedule and to have a purpose with our career was to open a restaurant.”

Over time, the growing pains subsided, and they took their first family vacation when their son was six years old. “I feel like we’ve gotten over the big humps, but sometimes I live in fear that this life is going to be swept out from under my feet,” Clark says. “Because of how hard it was to get here.” This fear and anxiety—as well as the current state of gender equality in the workplace—has led them to shift gears in day-to-day operations. At Parachute, full-time employees are offered a healthcare program that even covers therapy, which Kim urges her staff to take advantage of. “I think that depression comes from a culture of non self-care to be in this industry,” she says. “You look like you’re weak if you have emotional problems. We’re in the creative field—you have to really be in tune with these emotions. You’re taught to suck it up and come to work. You don’t ask questions and you don’t have time off—that’s how you get ahead, as there’s 20 other people who want your job. [As a result,] you learn how to suffer quietly by yourself.” 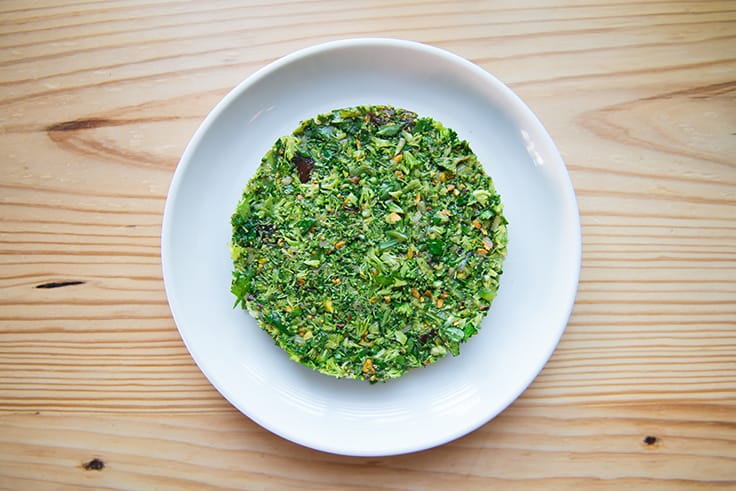 Employees are also allowed paid time off, whether it be for vacation, illness or personal time for that aforementioned self-care. Parachute is closed both Sundays and Mondays, and no one is allowed to work more than 12 hours in one shift. “The depression comes from being tired—we don’t believe in 18-hour days,” Kim says adamantly. “Our line cooks don’t work more than 40 to 45 hours a week. Our sous chefs have a half day and they do admin and creative work, and the other days they do 12 hours.”

On top of it all, Clark and Kim have instilled a strong human resources program at the restaurant, complete with employee reviews and strict rules regarding both nondiscrimination and sexual harassment in the workplace. “The fight is to respect our flexibilities and our programs and not take advantage of what we give, because we give so much,” Kim adds. “Even if it does backfire, the point is that it’s there for people who really need it.” The restaurant even offers its employees 12 weeks paid maternity leave, which one employee made use of this spring. “I wasn’t treated with the same dignity or compassion,” Kim says. “It does cost a lot of money but all of these things are really important to change the dining landscape. And we aren’t asking the customers for help—I know it’s a trend, but I feel like it’s our obligation to do it. It’s part of our core values.”

“We’re a family business—we truly care about everyone who works here,” adds Clark. The two are committed to giving their staff a restaurant life where both self-care and healthcare are provided, something not typically seen in the industry. “They say [to] be the change that you want to see, and I feel like that’s our motto,” says Kim, who highly recommends the book Seven Habits, which she’s read three times. “One of the things that stuck was private victory over public victory. I’ve been focusing on private victory, because that’s more of a long-term happiness, and that applies to our family, home and life. When I’m happy, I can do the restaurant forever.”

“Long story short, we have survived because we love each other and we have that purpose,” she continues. “We know what it’s like to be at the bottom and we never want to go back. We generally want to make this a better industry for people by creating a better culture. If you see it as a fulfillment, then it’s not work. We’re just living our lives.”