This family-run winery has been in operating in the Clarksburg region for over 50 years.

The Bogle family didn't start out growing grapes. Six generations of the family have been farming in the California Delta since the late 1870s. As to their start in the wine business, Jody Bogle, director of public relations for Bogle Vineyards, shares that her grandfather Warren was an award-winning corn farmer, but wanted to switch to a crop that didn't require replanting every year.

At first he tried potatoes, but that endeavor proved unsuccessful. Choosing to bring in outside help to assess the land, he learned that it was perfect for grapes. And as the story goes, Warren planted 10 acres each of Chenin Blanc and Petite Syrah in 1968, and the Bogle family has been growing grapes ever since. 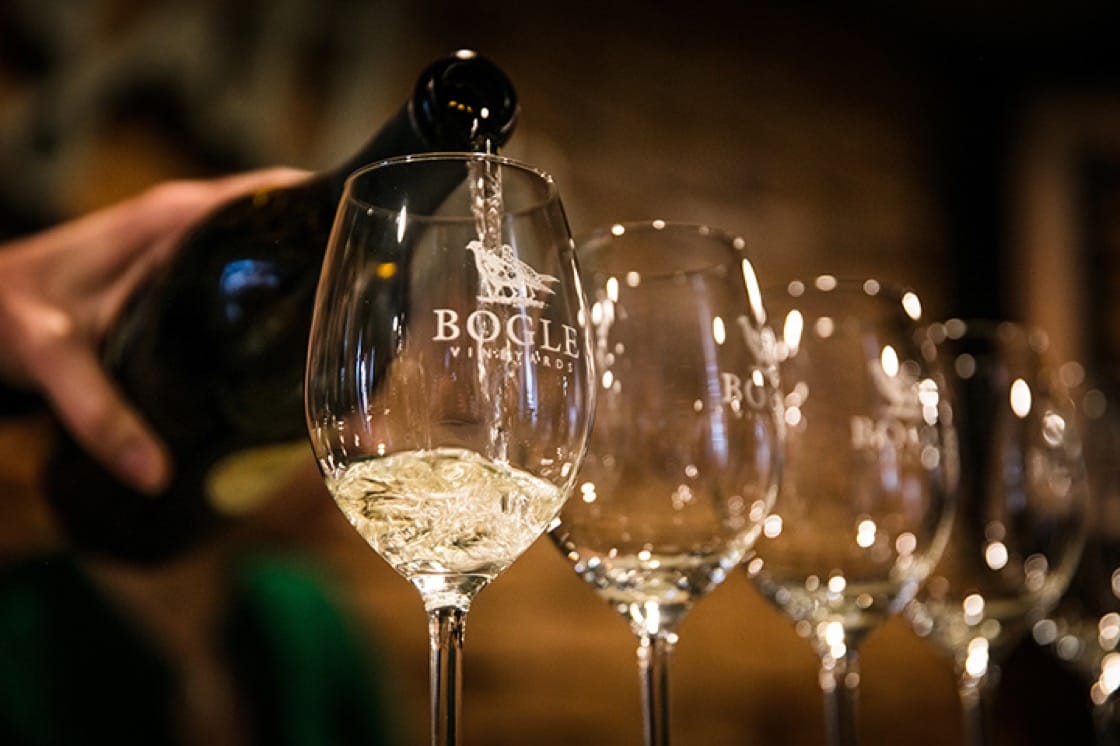 The Bogle family currently has 1900 acres of wine grapes in the Clarksburg region, as well as other vineyards elsewhere. The company has a dedication to sustainability, with various certifications in addition to having been awarded the 2018 Green Medal Leader Award, "which recognizes the vineyard that best demonstrates environmentally sound, socially equitable and economically viable sustainability practices," per Bogle's website.

Bogle's first grapes were sold to others to be turned into wine. But after a decade of this practice, the family decided it was time to make their own wine, and now it can be found all across the United States and in 50 countries worldwide. Ninety-five percent of Bogle's wine is sold domestically, but its number one market internationally is New Zealand. ("They really like our Chardonnay," Jody says, which is the predominant varietal grown in the region.) 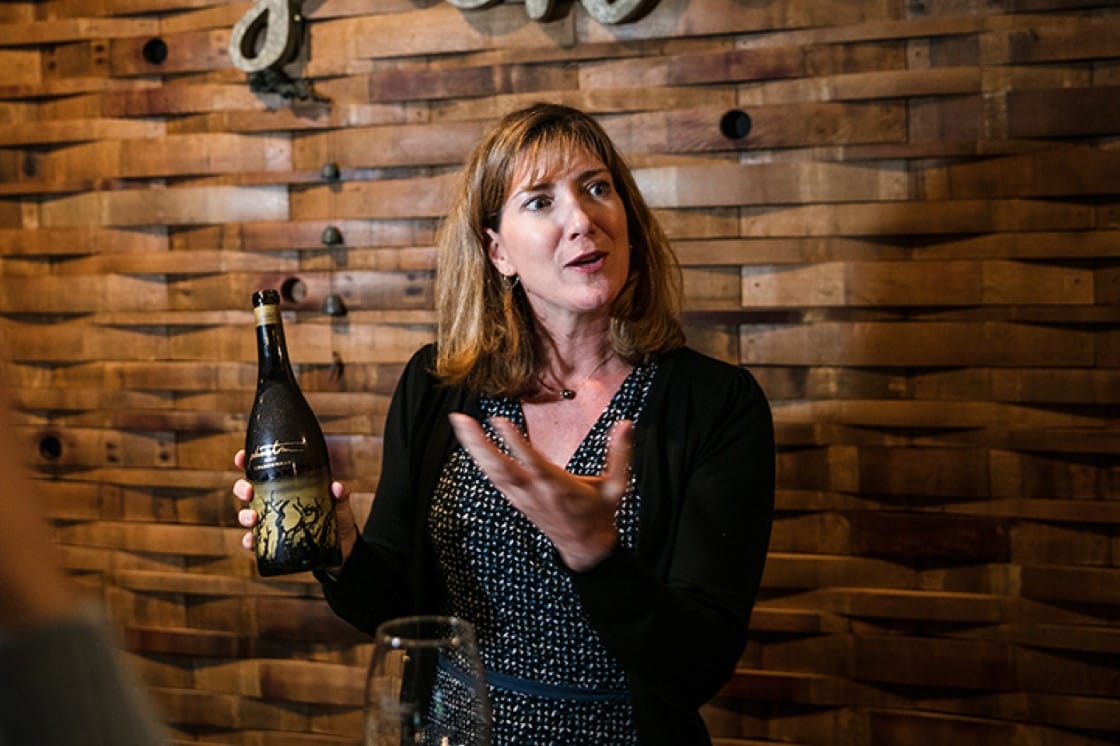 Jody Bogle, director of public relations, with a bottle of 2017 Phantom Chardonnay.

In addition to its more accessible bottles, Bogle also has a reserve tier of wines called Phantom—"'bogle' is the Scottish word for 'ghost'," Jody shares—which includes an augmented reality experience that "helps make the bottle come to life." By downloading the Augmented Reality Wine Labels app and scanning the bottle, viewers are shown videos depicting stories of the phantom, such as its footsteps in the snot, its journey with the family from Scotland, the history of the Bogle family, how they started farming, etc. Though Bogle isn't the only winery bringing this sort of technology, there were one of the first smaller producers. It looks to be an enticing way to keep drinkers coming back to the brand as the experience is slated to change every few months. Let's see what it will bring next.

Bay Area Chefs Find a Way to Give Back

Despite an existential threat to their own businesses in this time of crisis, Bay Area chefs get organized, get connected, and get cooking.