The First Day I Got My Michelin Stars: Oriole's Noah Sandoval

We asked Noah Sandoval what it was like when he got the call—here's what he had to say.

The West Loop's lauded Oriole restaurant is backed by a dream team, seasoned with chefs and management with resumés at various Michelin-starred restaurants.

Chef/partner Noah Sandoval—a former punk guitarist and current classic car enthusiast—made a name for himself at his gluten-free Senza, which earned a star in 2015. After Senza's closing, Sandoval took some time off while looking for new projects. And one night after some beers with friends, the new project, Oriole, came to fruition.

At the hard-to-find Oriole—it's accessed through a freight elevator—Sandoval delivers a $190 15-course tasting menu from two mirroring stations located in the rear of the 28-seat space. Sandoval is backed by his sidekicks: general manager and wife Cara Sandoval (who was also at Senza), sous chef Tim Flores, pastry chef/partner Genie Kwon (an alum of Michelin-starred Boka) and sommelier Aaron McManus (formerly of L2O).

Turns out you can work well with your friends—Oriole earned two Michelin stars within it's first year of operation.

We asked Sandoval what it was like when he got the call—here's what he had to say:

So, how did this roller coaster begin?
I had been working in restaurants for a very long time—meanwhile, my wife worked at a bank. When the restaurant I had been working at closed, I thought about getting a day job so I could hang out with my wife more often. There was a café opening up, and a position offering full creative control from 7:00 a.m. to 3:00 p.m. opened up. I thought, "Okay, great. I can try this out." After awhile, the owners figured that we were capable of doing more. We expanded to dinner service, got incredibly busy and received a ton of accolades; I decided we needed to do a tasting menu, and it was going to be awesome. We were making really good food and it was gluten-free, and not by choice—I eat almost exclusively gluten. I had a really good crew and everyone was focused and had a good palate, and we had a lot to learn from each other.

What were your thoughts when you knew you received your first Michelin star?
At Senza, we knew we had a shot when they wanted my phone number as well as photos. You read blogs and predictions and it can get to your head—you start believing in yourself when you didn't before. I thought, "No way. I’m just a punk kid. This doesn't happen to me." The day they called, I was paralyzed. Cara and I were living in the Ukranian Village. We were getting ready for work one morning; an unknown number started calling me and I stood up and did a high kick. I couldn't even listen—I was paralyzed. I just fumbled through it very self-consciously, said thank you and hung up the phone. It was one of the best days I ever had. 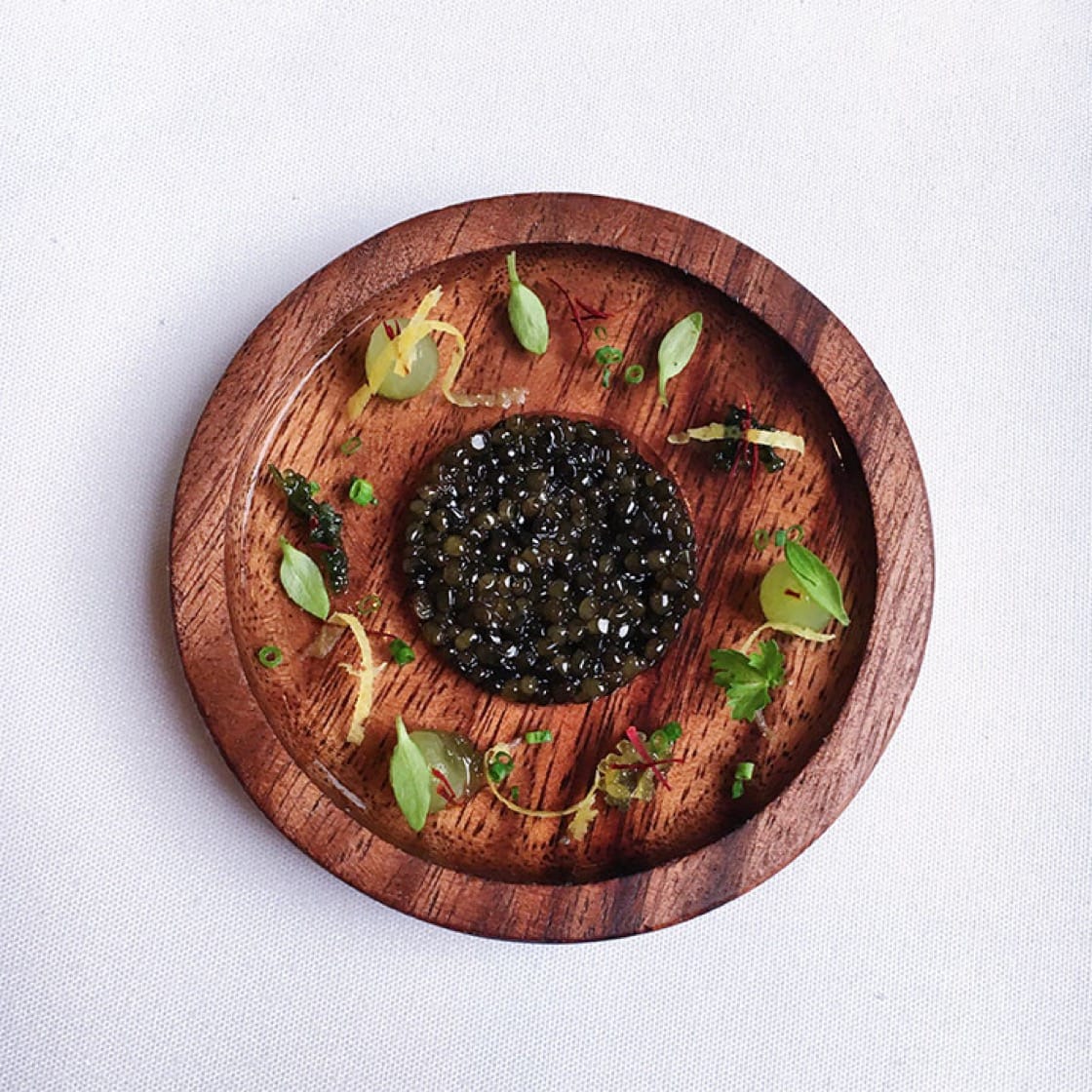 And at Oriole?
It was a similar situation—we didn’t know when the calls were going to happen. But this time, we never got a confirmation for my phone number or photos. We thought maybe we didn't open in time. I knew we were on caliber with what we were doing at Senza; we had a more refined service, better plates; it was more of an upgrade. I was confident that Michelin was coming, I just didn't know when. When we figured out what day the stars were announced, we came into the restaurant at 9:00 a.m. Everyone started working and I did about 400 laps around the pillars in the center of the restaurant. I was walking in circles for hours; it was so taxing. The phone rang and I said, "Okay, we're in—how many stars is it going to be?" As soon as she told me it was two stars, I went blank. I didn't know how to respond. I started crying, my wife started crying. It's actually all on film—my partner that was there was smart enough to turn on his phone.

How did you celebrate?
I called all my friends and family and we had a big party. From that point on, we knew we were good. And we've ramped up from there—I feel really good about what we're doing.

How much influence/inspiration does the Michelin Guide have on your career?
It's a standard and a bar set. You go out to eat; you go to Atera in New York and you're like, "oooh man, we gotta get our s*** straight." We both have two stars, and yet, they are so good. To get one star means the world to every chef out there. It's an intense thing to think about. A lot of people define you; I have a lot of friends in the industry and that's how they judge people. I don't necessarily think it's the right way to go about it, but you start talking about the topic—it's insane.

I always talk to chefs and they're like, "You know, it'd be cool if we got another star." That's bull—any fine dining cook wants three stars! And whoever says they don't is a liar. 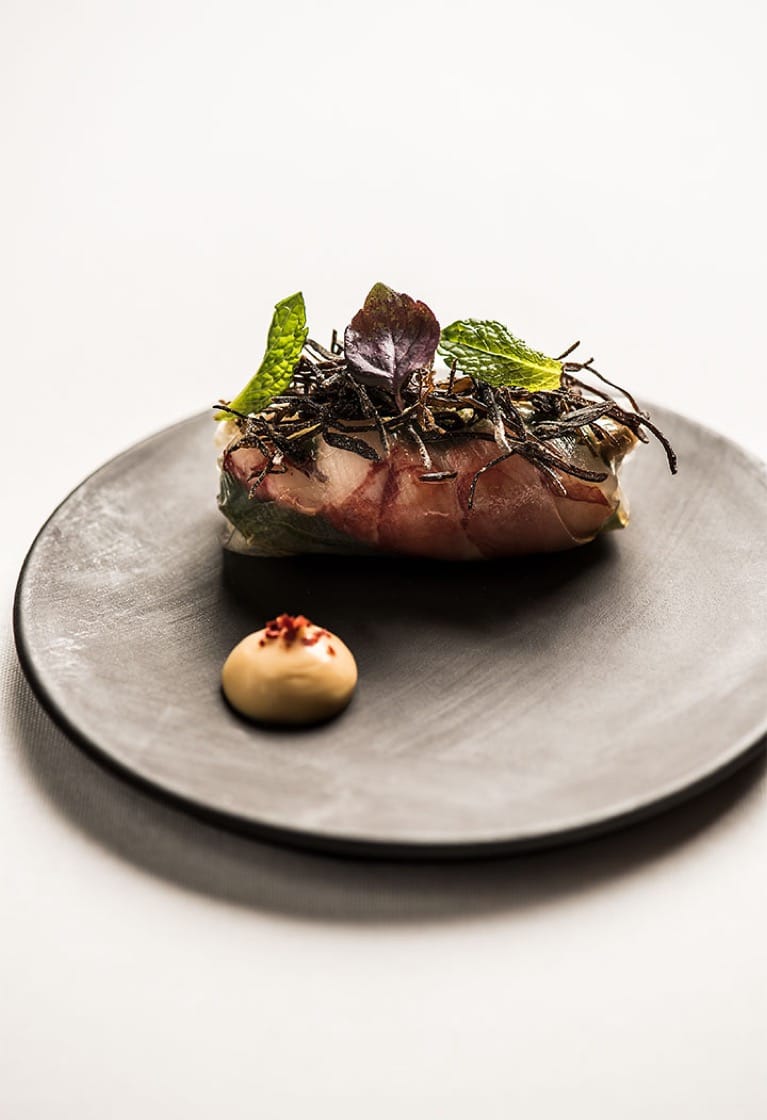 How will having a star change the direction of your restaurant?
I look at it—in a way—of not changing. Stick to your core philosophy of the ingredients that you work with and the core people you have with you. Any art-focused profession is to stay art-focused and to stay true to yourself. It goes without saying that you need to make sure that food's perfect and the menu is evolving. Stay true to what got you to where you are in the first place.

I'm very lucky for the support that I have. All of my employees are perfect. If I leave for three days, the restaurant stays exactly the same. If someone doesn't feel that way and isn't on the same page, it's a red flag.

What advice do you have for young chefs aiming for Michelin stars?
Stay humble. Learn from the ground up because you're no better than anyone else. Wash dishes when they need to be washed. Don't watch TV or cooking shows—get in the kitchen and learn. And don't think that working for someone for a year will give you a voice. I have a mentor, David Shannon of L'opossum in Richmond, Virginia, and I learned from him for the first eight years of my career. You have to come into your own for a long time.

All images courtesy of Oriole.