The legendary chef has been immortalized with countless honorary degrees, a lifetime achievement award, and is even a Disney princess.

When Barack Obama ate at Dooky Chase's Restaurant in New Orleans in 2008, he made the cardinal sin of putting hot sauce on a bowl of gumbo before he tasted it. Most chefs and restaurateurs would let this faux pas pass, but then again, most chefs and restaurateurs aren't Leah Chase, the undisputed queen of Creole cuisine and matriarch of Dooky Chase's, a New Orleans institution.

"The nerve of you to start putting hot sauce in before you taste my gumbo!" Chase chided Obama with a smile on her face after she sat down at the table he was sitting at in the legendary dining room.

He left the restaurant with some of Chase's signature gumbo—without hot sauce—in a to-go box.

Leah Chase was born Leah Lange on January 6, 1923 in Madisonville, Louisiana, one of 11 children. There wasn't a high school for black children in Madisonville, so she moved to New Orleans after the sixth grade to attend high school there. After she graduated, she started working odd jobs around the city and fell in love with the restaurant industry. "I saw just how wonderful the restaurant business was, how you could sit down and enjoy a meal and have someone serve you," Chase has said. "Oh, I thought, that was the most beautiful thing I'd ever seen."

In 1945, Leah met a young trumpet player named Edgar "Dooky" Chase Jr. at a Mardi Gras ball. Three months later, she and Edgar were married. "I never thought I'd marry a musician because I always hated musicians," she said in her first cookbook, "The Dooky Chase Cookbook." Edgar's parents owned a po' boy and lottery ticket shop called Dooky Chase's where he helped his family with day-to-day operations and made deliveries around town. After getting married, Leah and Edgar started a family and Leah raised their four children as a stay-at-home mom until they were old enough to go to grade school, then she joined her husband at Dooky Chase's.

Dooky Chase's was already a respected part of the community, but she had a different vision for the casual takeout restaurant. Inspired by the restaurants she encountered during her time as a waitress in the French Quarter, she and Edgar renovated the interior of the restaurant with $600. She wanted to bring the same level of service and decor that she fell in love with to black diners in the Tremé neighborhood.

Dooky Chase's was one of the few public places in segregated New Orleans where black and white diners could come together to eat. During the civil rights era, the upstairs dining room became a meeting ground for workers and leaders of the movement. Martin Luther King, Jr. and the Freedom Riders planned the Montgomery bus boycotts over her food. "I fed them gumbo and fried chicken and we would give them space to meet here," Chase remembers. The restaurant also hosted black celebrities like Lena Horne, Duke Ellington and Ray Charles, the latter who added a line about eating at Dooky Chase's to his 1961 song, "Early in the Morning."

I went to Dooky Chase's to get something to eat
The waitress looked at me and said, "Ray, you sure look beat"

But Dooky Chase's reputation as a haven for civil rights workers wasn't loved by all. The restaurant was targeted by segregationists. "Someone threw a pipe bomb at our door, but it only did a little damage and they would send you ugly notes, but I would just brush them off," Chase remembers. Despite this, the Chases kept providing a safe space for civil rights discussions, making them a beloved part of the New Orleans community. The restaurant was so beloved that even though the police knew about the civil rights meetings and the fact that the dining room did not follow the laws of segregation, they never dared shut it down for fear of public response. "The police never came in that door," Chase says.

Today, diners from all over the country come to Dooky Chase's to feel that history and taste chef Leah Chase's dishes. She has been immortalized with countless honorary degrees, a lifetime achievement award from the James Beard Foundation and is even a Disney princess. Tiana, the lead character and first ever black Disney princess, in 2009's "Princess and the Frog" is based on Chase's life and early days in the French Quarter. "They made the prettiest little princess you ever saw," she says with a laugh. "I loved the way they handled that."

At 95 years old, Leah Chase is still cooking and has no plans on stopping anytime soon. "I love what I do and I think if I didn't come into this kitchen everyday I would be miserable," she says. "I'm the luckiest woman in the world." 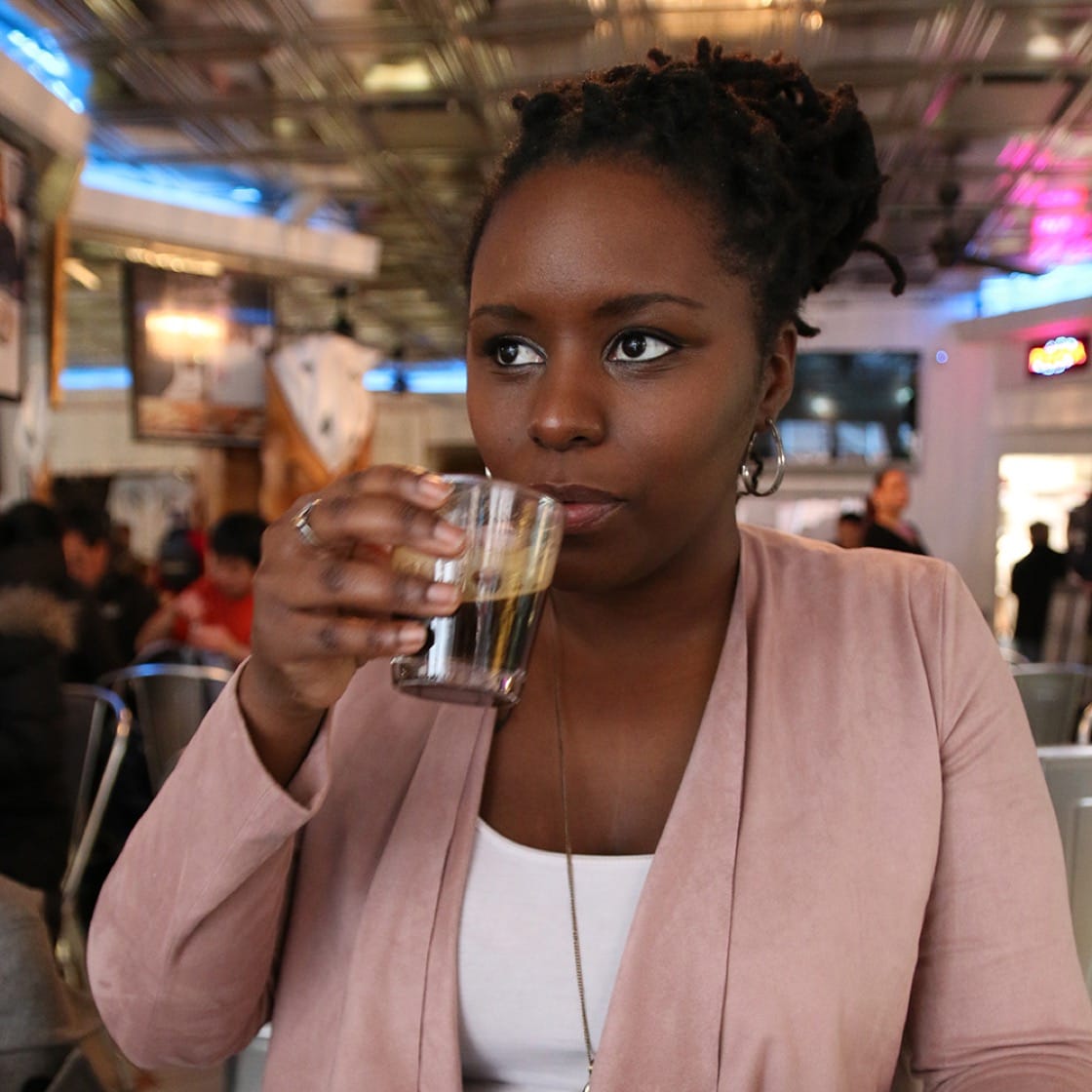 Korsha Wilson is a food writer, graduate of the Culinary Institute of America, ex-restaurant worker and an ex-cheesemaker. She is the founder of A Hungry Society, a blog and website dedicated to creating a more inclusive food world. If you want to see her geek out, ask her about the role of restaurants in modern society or "real" crab cakes (she grew up in Maryland).