The First Day I Got My Michelin Stars: The Clocktower’s Jason Atherton

We get the world's most celebrated chefs to spill what it was like when their restaurants received Michelin stars.

With a resumé including top-tier toques like Pierre Koffmann, Nico Ladenis, Marco Pierre White and Ferran Adrià, it’s no wonder chef Jason Atherton has a portfolio of his own restaurants decorated with Michelin stars.

Like most in the industry, the South Yorkshire, England native had to claw his way to the top; as a child, Atherton spent summers tending to donkeys in the local town of Skegness. When he found an interest in cooking, his mother suggested he join the Army Catering Corps. Atherton spent six weeks training with them and hated it, but found his way into the kitchen nonetheless. 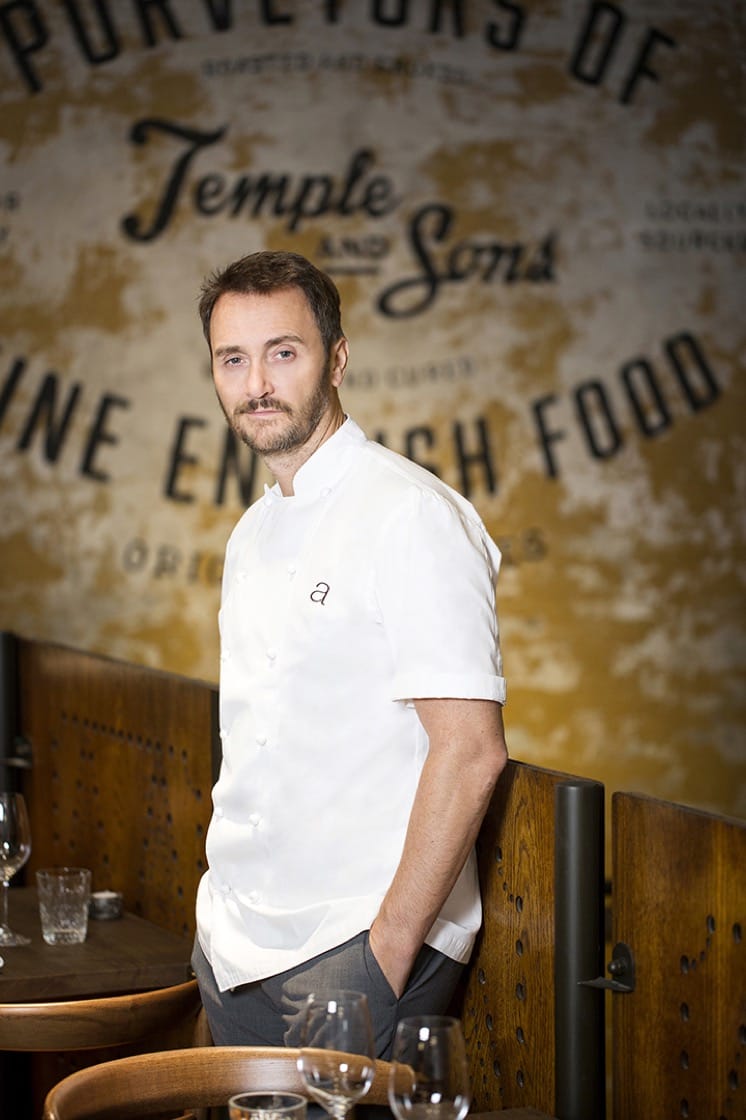 After quitting the Corps, Atherton then moved to London, working for the many acclaimed aforementioned chefs, before landing at the Gordon Ramsay Group in 2001, launching Maze in Mayfair and overseeing five other Maze properties around the world.

After nearly a decade with the group, Atherton left to open his own hospitality firm, The Social Company; his first restaurant, Pollen Street Social, opened in April 2011 in Mayfair. After only six months of operations, Pollen Street Social was awarded a Michelin star. 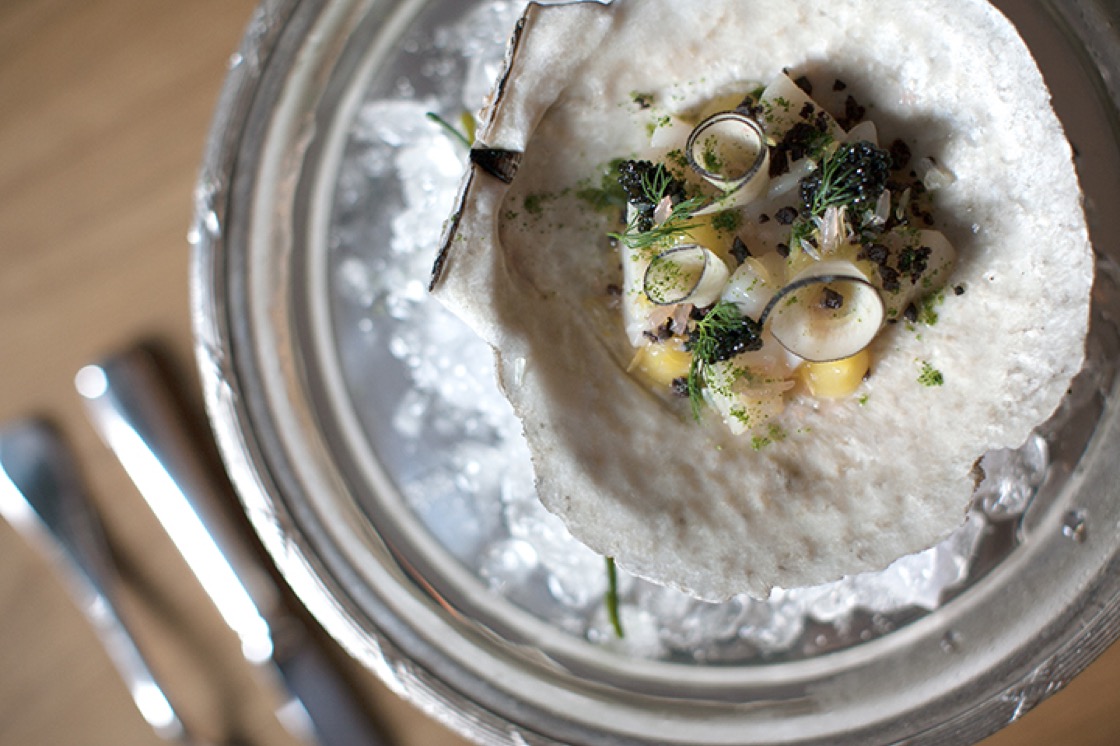 Here, we ask Atherton what it was like when his newest restaurant was designated with a star.

What was your first encounter with the MICHELIN Guide?
It was while I was in Skegness when a friend was working at Le Manoir back in '85, and he showed me the book of Le Manoir aux Quat’Saisons. I was mesmerized by the food and I knew I wanted to cook in a Michelin-starred kitchen.

What were your thoughts when you knew The Clocktower received a star?
To think that we are the first Michelin-starred restaurant in the EDITION Hotel’s portfolio is incredible, a brand that I am very proud to be part of. I’m also so proud of chef de cuisine Danila Bogdan. Having worked at Pollen Street Social and Petrus prior to this, he’s gone over to New York and, of course, it’s taken a couple of years to settle down and get used to all the produce. But this over the last 12 months, we knew we were cooking really solid food there—it felt right. Brian Yurko is a pastry chef with a solid background and his desserts are amazing. I couldn’t have done this without James, Danila, Brian, Stephen and STARR Restaurants executive pastry chef Sebastien Rouxel—they work tirelessly to produce a great product, and the effort has paid off. We now hold four Michelin stars within my portfolio of restaurants and I’m extremely proud of that. 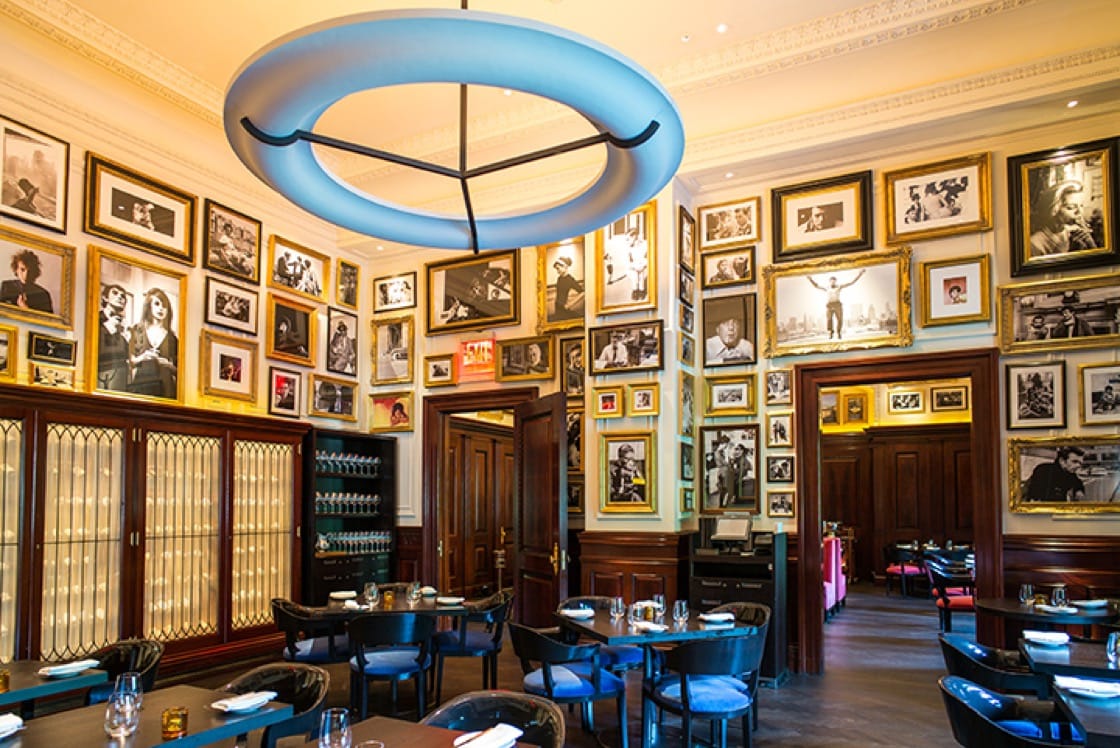 Follow the winding staircase on the ground floor of The New York EDITION to The Clocktower. (Photo: Nick Solares.)

How did you celebrate?
I first called Dan and the team to congratulate and thank them for all their hard work. I then went straight in to working a busy Pollen Street service, which I did with a huge smile on my face!

How much influence and inspiration does the MICHELIN Guide have on your career?
I hugely respect the guide, and I love an accolade, but the minute you try to chase your next Michelin star, it’s very dangerous as you’re aiming for something you may or may not get. My business brain always tells me to cook food people want to eat and to cook for your customers. Ultimately, that’s what you open a restaurant for.

Does having a star change the direction of your restaurant?
I always know the direction I’d like my restaurants to take, however gaining a star really does provide another platform to deliver and a standard we must retain and nurture.

What advice do you have for young chefs aiming for Michelin stars?
It’s important to make sure your guests and their experience are at the forefront of your motivations, rather than being awarded an accolade. Of course, you can work to gain a star, but it’s important to constantly push and evolve without taking your eye off the ball. You won’t ever gain a star if your guests and team come second. We live in a world of social media, TV, fame and fortune. Be a chef for the right reasons, and that is food—the love of food and a passion for food. It’s long hours, dark days and tough times, but what will get you through is a passion for food.

Photos courtesy of The Clocktower.

First Day I Got My Stars
Dining Out 3 minutes