Born in New York and raised in Texas, Christopher Tynan caught the wine bug while working in restaurants after graduating from Texas State University. “I ended up running a restaurant in Santa Fe, New Mexico. We had a tiny little wine list that the distributor would stock with all their own wines—I took it upon myself to make it better.”

At the age of 25, he participated in the Camino de Santiago pilgrimage in northern Spain. “I got to taste Rioja and Bierzo and all the wines from different regions, drinking them with lunch and dinner. I fell in love with wine and realized my heart wasn’t in the restaurant business.”

In 2002, Tynan moved to the Napa Valley to follow his dream of becoming a winemaker, taking wine classes at Napa Valley College to get his foot in the door at any winery that would accept him. Soon he found himself working harvests at Cain, Blankiet and Colgin, where he was hired full-time as assistant winemaker in 2006; Tynan never graduated with a wine degree. “Colgin was my apprenticeship,” he says. “I could work, learn and get paid without skipping a harvest. I wanted to work at the highest level and Colgin offered the chance to do that.”

After five years at Colgin (and no less than seven 100-point wines), Tynan was offered the job of winemaker at Cliff Lede Vineyards in the Stags Leap District. Having worked with David Abreu at Colgin, he says it was a good transition to move to Cliff Lede, whose vineyards—including the Poetry Vineyard—Abreu had re-planted.

“The expectation of high quality winemaking was here as well so it was a perfect match,” he explains. “I try to elevate the wines to new heights. Cliff is great to work for. He’s like Van Gogh—whatever we need to create our art here he’s all for it, all for increasing quality. If we feel we need new equipment he supports us, so we have a lot of luxury here because we have such a great person to work for whose only goal is to make great wine without cutting corners.”

Here, we sit with Tynan to find out about his goals as a winemaker, his response to the recent wildfires, and discuss his eponymous wine project—the 2013 Christopher Tynan Wines Cabernet Sauvignon Meleagris Gallopavo, which received 100 points. 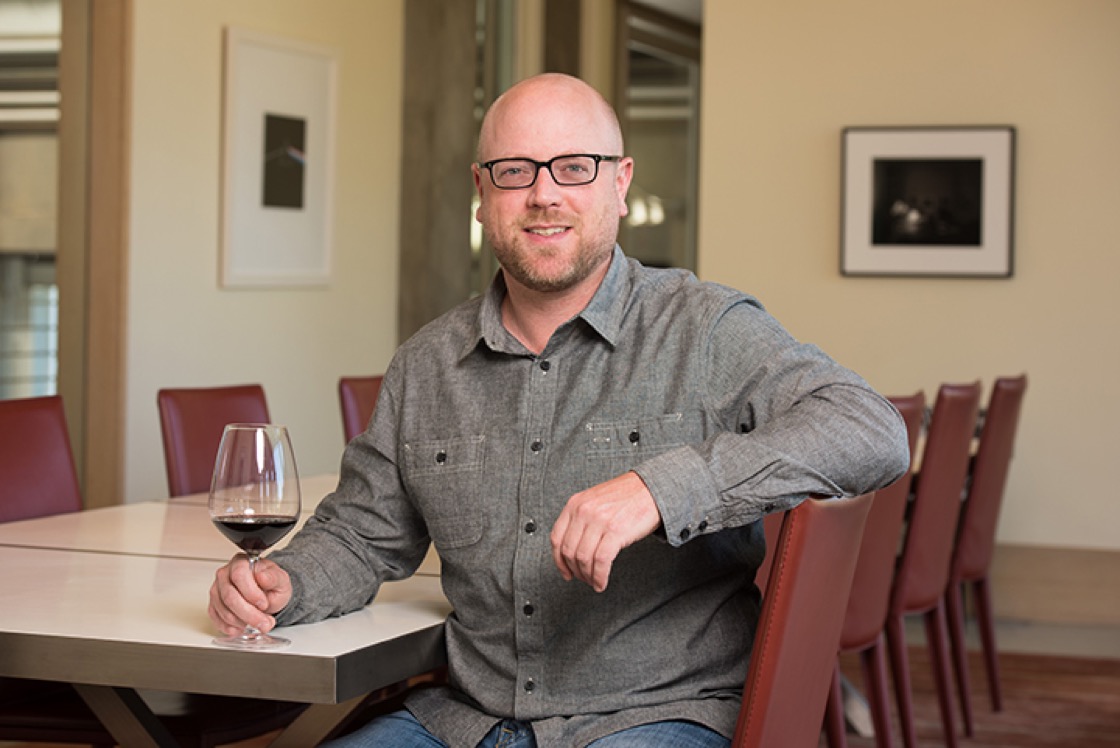 How has Napa Valley changed since you first arrived?
There’s a lot more wineries and wine labels since I’ve been here. People are coming to live here and creating their own wine labels with little knowledge. That’s new and I think it’s an interesting aspect of the market right now.

Is that a good thing?
I always think the more people, ideas, styles and varieties the better, but I worry. It overlooks the fact that creating a successful brand and making consistently good wine is a very hard thing to do. When I hear someone saying they want to make wine or start their own label, my initial reaction is to say, “Don’t do it! The world already has enough.” So I’ll borrow Steven Martin’s line: “Be so good they can’t ignore you.” In Napa, where there is a plethora of talent and money, you’ll need to be pretty damn good to be successful.

Tell us about your experience during the recent wildfires.
I was evacuated two hours after the fire started near my home in Coombsville. I slept at the winery for two days. I did pump overs with argon, cooled the wines without electricity and heated the wines with warm water. The whole hillside next to Cliff Lede burned and we almost lost the Poetry Vineyard. I started thinking about the people I work with. We have 50 employees, and I thought of all those people and their families who depend on those jobs. I thought of those people who were losing everything—that was an important reason for me to stay and fight. It made what I do and the connection to the community closer, more important.

Thankfully, Poetry Vineyard was saved at the very last second by a fire truck that had come up from LA county. We had already harvested and we only had about 3% of our fruit out there, so there was no real smoke damage to the wines. I stayed here through the smoke to watch the new vintage—we had just poured a lot of money into the 2017s. We just tasted through the 2017s and I’m really excited about how good they are. 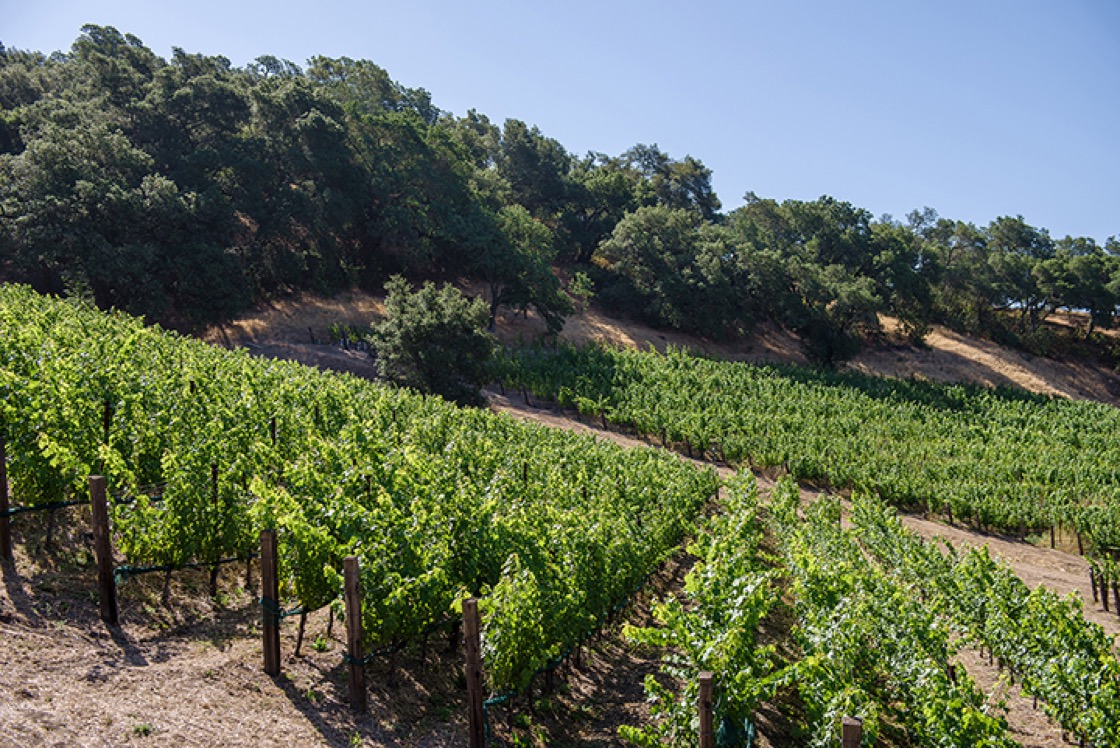 Tell me about your own project, Christopher Tynan Wines. What inspired you to start your own wine label?
I had been at Colgin for five years and I felt like I was ready—I had learned enough and was ready to dip my toe in the water and make my own wine. In 2011 I found a cool, dry farmed, old-vine vineyard planted in 1970 in St. Helena. The owner had given me a sample of wine someone had made from the vineyard and I could tell that the raw materials were there. It’s an interesting, distinct, small 1.5-acre vineyard. I have a long-term contract and I get three tons of fruit every year. It’s self-regulating, in its 40s in age, so it doesn’t need much assistance, just pruning and a little leaf pulling. It’s perfect for me. It was a huge investment for me personally, but nothing like buying a winery.

Unfortunately, 2011 was one of the coldest and wettest vintages. Half of the vineyard was wiped out by powdery mildew and rot. The wine was good, but I didn’t want that to be the first vintage I released. I bottled two barrels and never released it—I drink it instead. I ate that cost in the hopes of only putting out something really, really good. I didn’t have any financial backing, so I knew I could only be successful if I made wine at the highest level and put out really good products. I’m a terrible salesperson and I hate going out and selling, so I wanted the wine to speak for itself. (That’s my marketing plan!)

How important have critics been to your career?
I don’t see critics as a negative, I see them as a positive. When I was brand new to wine, critics were the gatekeeper and maps for the uneducated. Reading critics’ reviews was great, it exposed me to so many different wines, especially when I got into Northern and Southern Rhône. Robert Parker’s writings were amazing and got me into producers I never would have known about otherwise, and your own wines get introduced to people who had never heard of you.

For you, what makes a great wine and how does it correspond to your goals as a winemaker?
When everything the nose promises is delivered in both the texture and palate, it keeps giving and is consistently great over time. I want a wine to be great after 10 years. I look for those wines that can age and evolve over time, like the 1989 Château Haut-Brion.

I’d rather someone not like my style than be unhappy with the wine because it’s boring or common. I want my wines to last forever and be alive. One of the biggest criticisms of my wine is that they’re tannic and hard to drink early on; I’m not forced into making wines that have to both immediately drink well and age. Our goal at Cliff Lede is to make wines that will age 20, 30, 40 years. A great wine can taste good early on but it doesn’t have to be ready, and I think people confuse that sometimes. The worst thing in the world is to be boring. I never want to make boring wines—and I don’t confuse elegance with boring.