Sommelier Chad Walsh is known for his all-American wine lists, a rare sight in upscale restaurants in the United States. Walsh officially began his sommelier career in pre-recession 2007, where he credits the timing with now-uncommon opportunities to taste a breadth of classic and expensive vintages. His wine palate, he readily admits, is rooted in Old World styles. "I was able to develop early on a strong idea of what 'good' wine was," Walsh explains. This specific, vivid understanding laid a foundation for him to better create exceptional single-country wine menus, which has catapulted his career as an American wine champion.

Walsh may not have set out to become the advocate for wines produced in the United States, but he jumped at the opportunity during his time at The Dutch. At its core, The Dutch was "a love letter to America" from chef Andrew Carmellini, a native of Cleveland. The wine list was already 60% American when Walsh joined, and the excitement of the staff for those domestic vineyards led them to account for the majority of wine sales. Seeing this, Walsh proposed transitioning the menu to become entirely American (with the exception of certain reserve wines) as part of creating something special for The Dutch and its strong following. 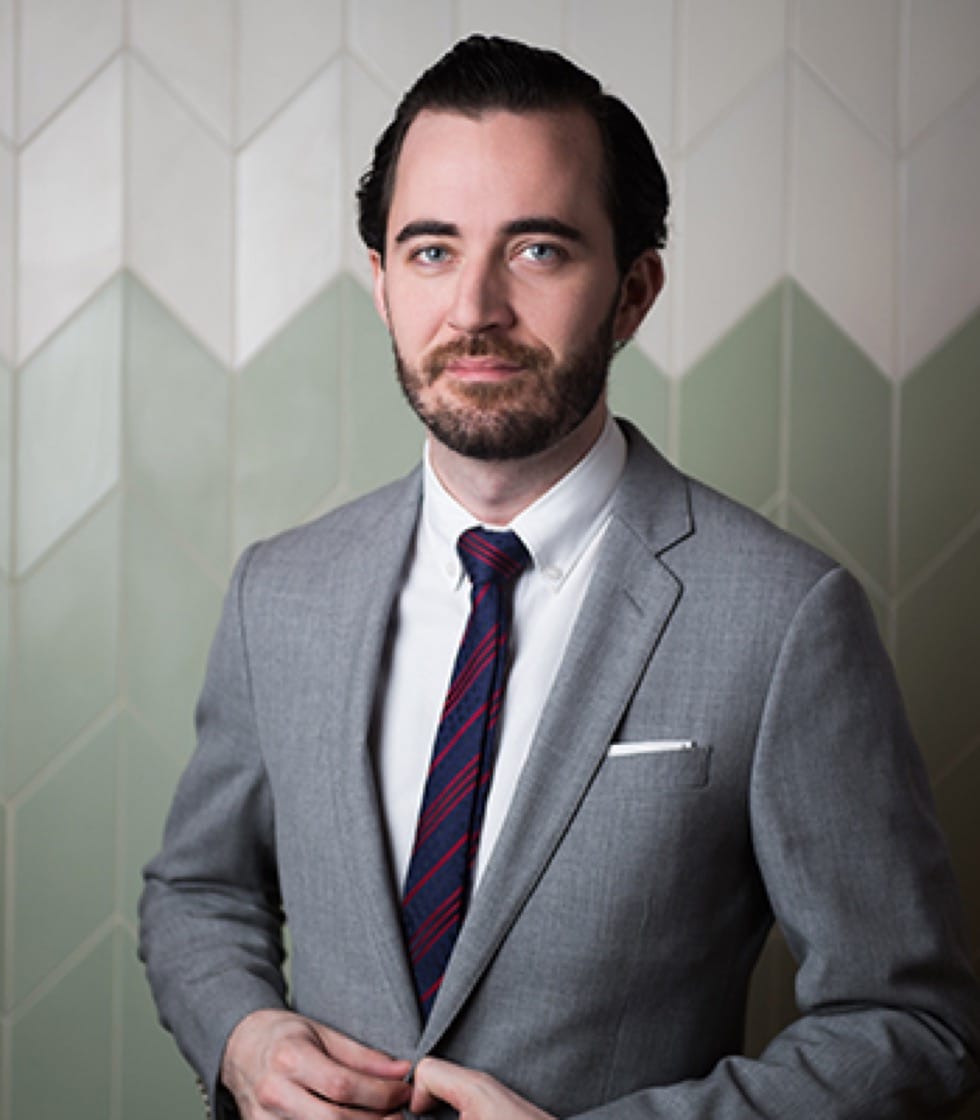 Walsh's well-received efforts caught the attention of Danish restaurateur Claus Meyer, who envisioned a similar list for Agern. Meyer's philosophy of creating a sustainable organization that helped affect positive change for the local economy resonated with Walsh immediately. His growing reputation for his all-American list also came with what he believed a professional responsibility to impact the whole cycle of American wines—from growers to makers to buyers—and help give the wines the deserved recognition on a broader scale.

Agern's clientele is primarily international, so when picking wines for the list Walsh asked himself a simple question: Would I serve this wine to a European producer who specializes in the same varietal or style? So far, guest reactions to Walsh's pairings have been overwhelmingly positive. Walsh proudly says guests will openly remark how quality local wines can be, and, interestingly enough, Agern has been an introduction for many Californians to East Coast wines. 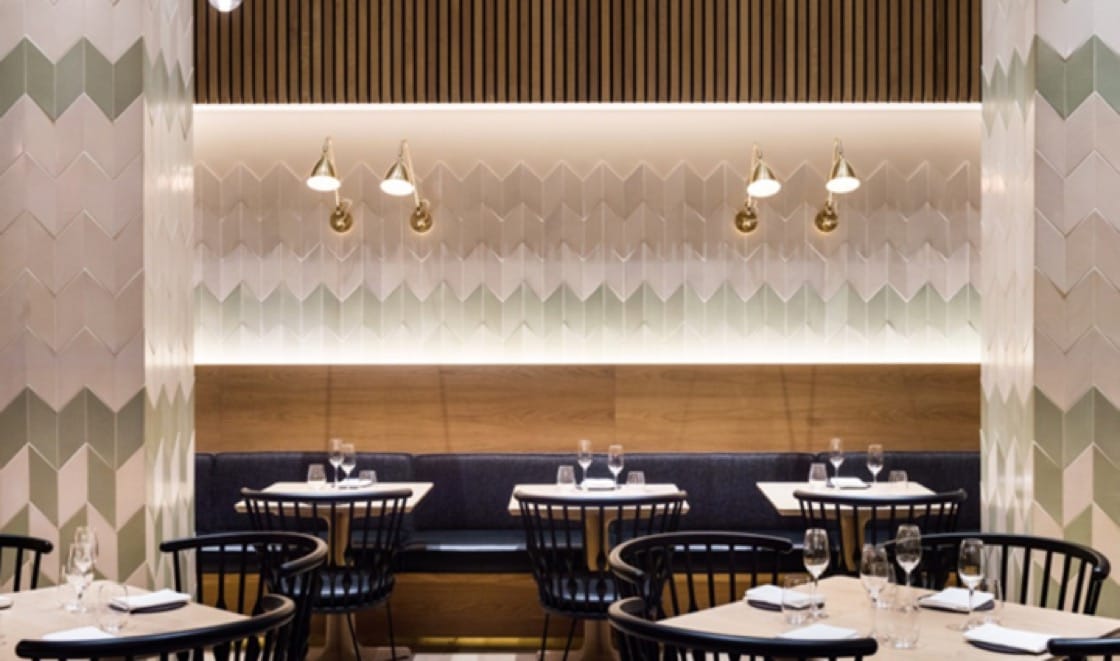 The dining room at Agern.

That isn't to say there hasn't been a learning curve—chef Gunnar Gíslason's Icelandic-inspired cuisine has highly acidic components, such as whey, homemade vinegars, pickles and other low-alcohol ferments. Walsh looked throughout New York to find wines that complemented these acidic undertones, in search of bottles with light fruit or a touch of sweetness while avoiding the New World stereotype of overripe, overly fruity wines.

One of his favorite pairings to date is the 2015 White Springs Riesling from Ravines Wine Cellars—a Finger Lakes, New York producer—alongside Agern's endive salad with pickled berries and simple-yet-craveable almond dressing. Walsh finds great liberty in the collaborative atmosphere at Agern, with both him and Gíslason tweaking food and wine until the combination pairs perfectly. "Most chefs aren't like that—willing to change the dish to fit the wine," Walsh says. "I remember we were working on a pairing and it wasn't quite right. [Chef Gíslason] tasted it and said 'Oh, the food just needs more sauce,' and so he added some." 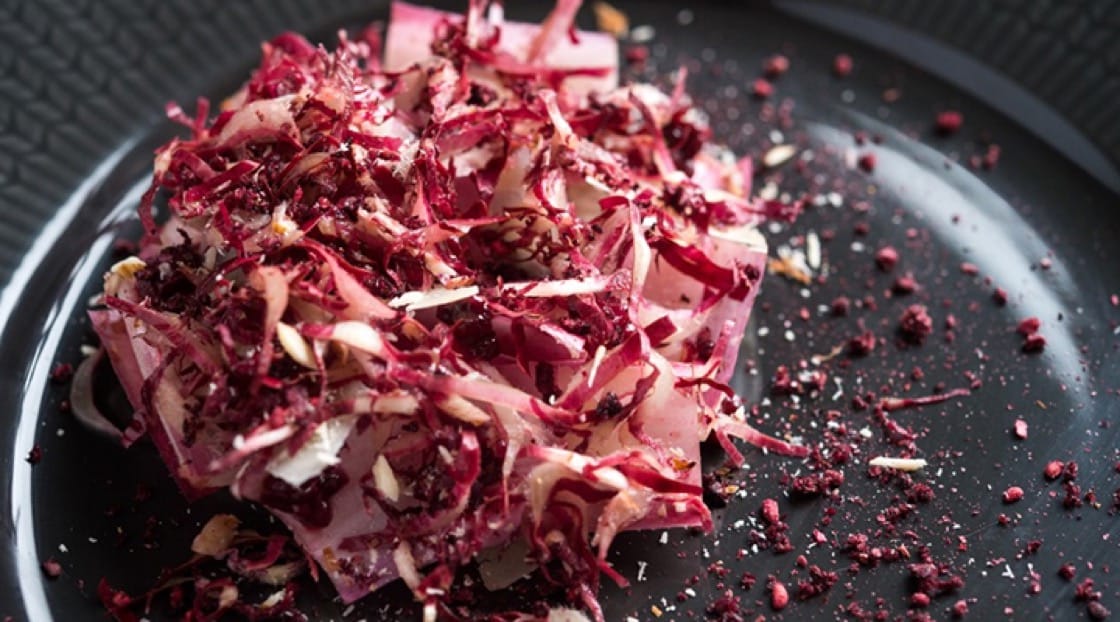 One of Walsh's favorite pairings is the 2015 White Springs Riesling from Ravines Wine Cellars alongside Agern's endive salad with pickled berries and almond dressing.

Creating all-American wine lists has opened Walsh's eyes to how much New York State wines were turning towards more Old World, terroir-based styles. "We don't even give these wines a chance!" Walsh shakes his head as he explains how local wines suffer from a self-fulfilling prophecy: they are almost never cellared, thus never giving the wines time to age and develop the nuance found in other parts of the world. "For a Long Island wine, 2010 is rare to find, but you would never drink a Bordeaux that's less than 5 years old." Walsh hopes to actively change this by building "the cellar" of American wines as he builds up Agern's collection.

Walsh has also taken Meyer's forward-thinking, social-change mentality to heart. He is shaping the trajectory of American wines by actively working with growers and winemakers to refine their craft. He believes it's important to be part of the process. Agern now has a custom Cuvée made by Oregon producer Louis-Michel Liger-Belair; Walsh also actively tastes and participates in many other growers' experiments. "To be there when [a winemaker] says 'Maybe I'll try this,' and to encourage them to do so . . . Then to see and taste it a few years later is really special."

Walsh's proactive nature doesn't end at wines from the United States. He has his sights set on changing the entire industry, beginning with drinker education. "Right now, people pick up a glass of wine and think they need to be smelling their grandma's attic," Walsh says, half-jokingly. "We need a more objective tasting approach." He's starting with the staff at Agern, where he's created a tasting class every Friday focused on different regions of the world. Staff members learn foundational knowledge of winemaking styles and terroir before Walsh builds upon that with "context clues, why this wine is made here, and how to navigate each wine to compare and contrast against others." The aim is to help each person form the basis of describing wine and discovering what they like.

"I'm happy to have this pedestal to stand on," Walsh shares with a nod and a smile. His all-American wine lists may have been the launching-off point for his career, but if Walsh's work ethic and innovative nature is any indication, they are just the beginning.

All photos courtesy of Agern. 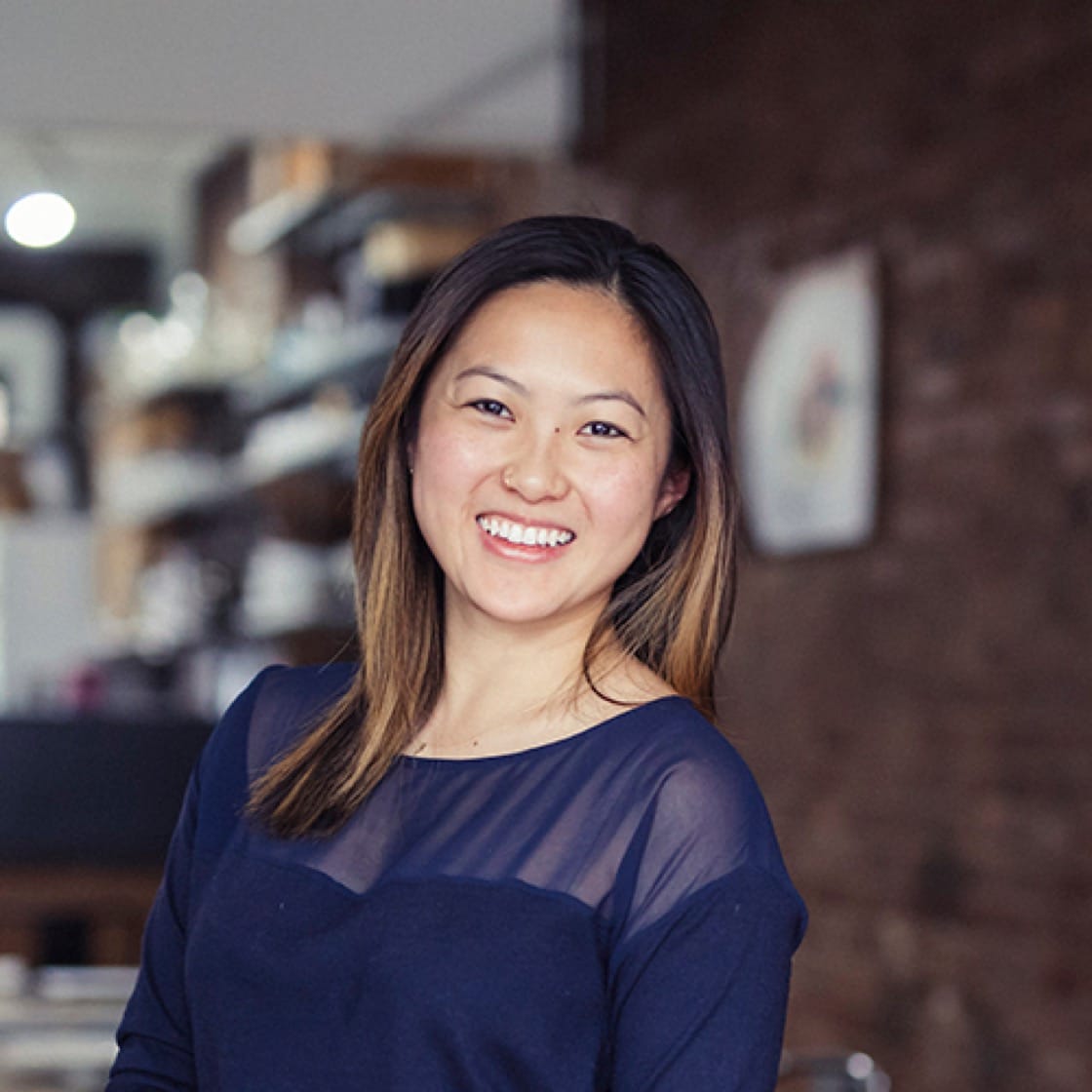 Jenny Dorsey is a professional chef and creative person based in NYC. She specializes in experimental cuisine fused with emerging technology. You can see more of her work at http://jennydorsey.co.

Wine Recommendations from One Star The Surf Club Restaurant in Miami