If there’s one person who shows that working hard and doing the right thing are the real keys to success, it’s Dominique Crenn. She's one of three female chefs in the United States with two Michelin stars. Remarkably, she’s quick to point out that it’s important not to “let awards go to your head”—and she means it.

“After you get a Michelin star, you still have to go back to work and do the best you can,” she said in a telephone interview while driving to work at her lauded Atelier Crenn restaurant in San Francisco.

“Atelier” means “workshop” in French, and most often refers to spaces where artists or designers create their works. It’s an apt name for a restaurant where the chef describes her menu as “poetic culinaria” and literally presents written lines of poetry with each course, where the presentations are elaborate works of art served on custom tableware. 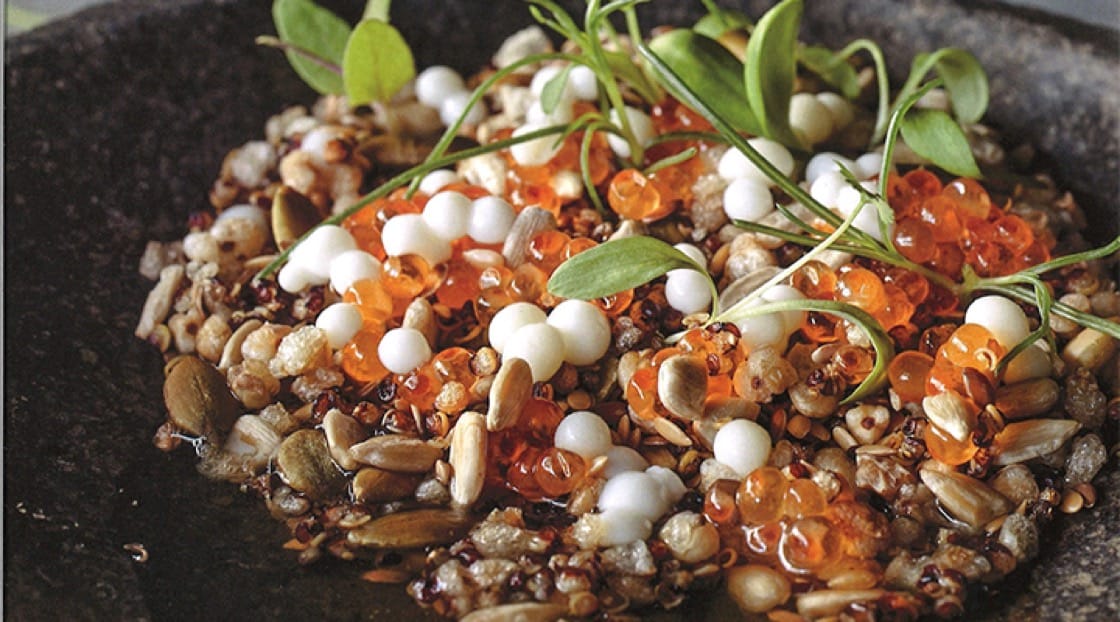 It’s unusual to begin a meal with a poem, even if it was to start an elaborate modernist tasting menu with a $325 price tag, plus $175 for wine pairings. At first, the San Francisco Chronicle restaurant critic Michael Bauer found the menu descriptions “off-putting.” He asked, “What the heck is ‘The sea is in me, as strange and mysterious,’” when presented this line of poetry with a dish of spot prawns with roe, pickled pears and sea cucumber dashi. But eventually he was seduced by the flavors and concluded that the chef’s work was, indeed, art.

It’s hard not to be seduced by this chic French chef who can translate ingredients into poetic land or seascapes as deftly as her countrywomen tie their scarves. It may seem effortless but in fact comes from years of practice. Crenn wrote her first poem at the age of four. She grew up in France where her mother shopped at the market and cooked seasonally and her family dined at fine restaurants. She was schooled in an egalitarian philosophy of life by her father to whom she was particularly close. “He was a well-respected politician,” she recounted in her TED Talk titled ‘Defining Success.’ “He went with a lot of high society. I was about 8 years old and I said ‘Wow, you’re so successful.’” She recalls that he set her straight right away. “Success is not about owning a few houses or knowing famous people. It’s about yourself and how you feel inside and what you can give.” She recalls that she, “made a note in my little head at the time.” Obviously that lesson stuck with her.

She credits her success to “hard work, believing in yourself and never giving up.” That’s the advice she gives when younger women ask her. “Be confident about who you are,” she continues.

She looks forward to the day when the proverbial glass ceiling will be broken in the culinary world and there will be no reason to have an award naming a best female chef. 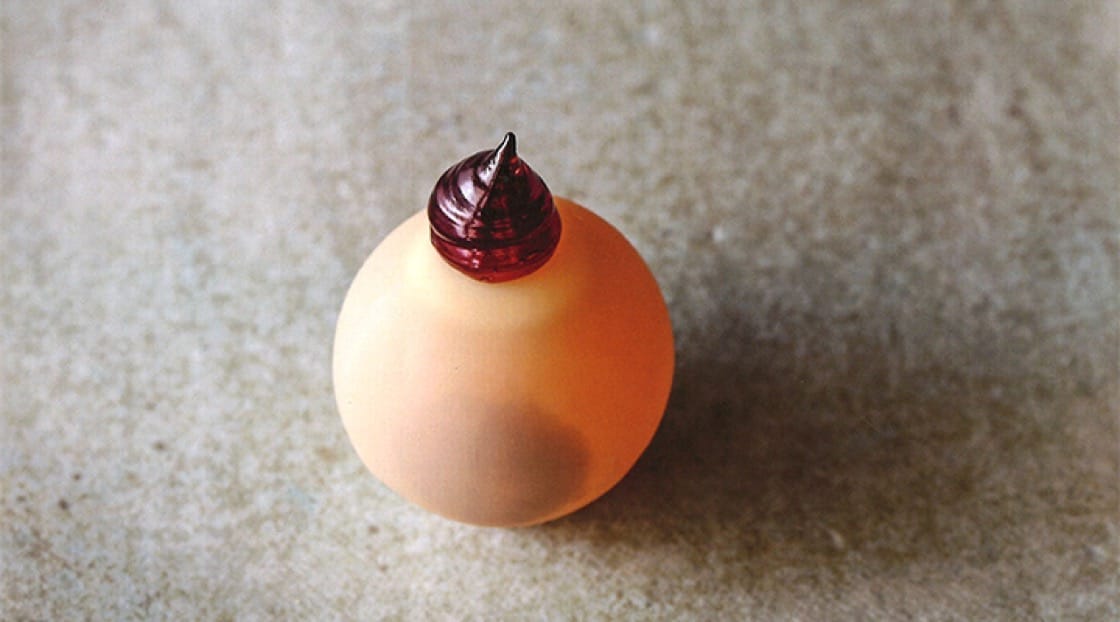 One of Crenn's signature dishes is a play on the traditional Kir aperitif: a white chocolate orb is filled with an apple cider liquid and topped with crème de cassis. Photo by Ed Anderson.

When she first came to the United States to San Francisco, she was confident enough to walk up to Jeremiah Tower at the celebrated Stars Restaurant and ask for a job even though she had no formal training. “I was French, so I knew how to cook,” she says. She didn’t go to culinary school because there didn’t seem to be much opportunity in French professional kitchens for women, and earned a bachelor’s in economics instead. She also fearlessly pointed out to Tower at that first meeting that there were no women in his kitchen. He quickly alleviated that problem by putting her to work—that was the beginning of her brilliant career. “He helped me be what I am today,” she says. “He never treated me less because I was a woman.”

“I don’t believe in perfection,” she says. “I believe in evolution.” And she’s constantly evolving.

Once Atelier Crenn was well on its way, she opened the more casual Petit Crenn. Now she’s in the process of opening Bar Crenn which she envisions as a wine bar where “people can come together and feel like they’re in my living room.” She plans to list only wines from winemakers “who really care about the way they make wine and are doing the right thing for the planet.”

Environmental and humanitarian concerns are always top of mind for Crenn. She was so moved after seeing the destruction wrought by the earthquake and Hurricane Matthew in Haiti that she started the Root Project which raises funds to help farmers replant cacao and coffee trees. She has a farm in Sonoma which she believes will soon be able to supply her restaurants 100 percent. And she’s intent on creating a program to help solve the problem of food waste—“starting in my own restaurant.” She has also instituted a no tipping policy ensuring full benefits and a living wage for staff.

All this, and she’s at the top of her game in a city that is arguably one of the best—if not the best—food cities in the United States. And the bottom line is she’s running a successful business with an annual payroll of over a million dollars.

Deliberate practice, passion and grit are the qualities most often cited by experts trying to figure out what separates the spectacularly successful from the rest of us. Dominique Crenn has them all and then some.