Today Bruce and Eric Bromberg of Blue Ribbon Restaurants run a national empire of 23 properties, but in 1992 there was just one: The Blue Ribbon Brasserie in Manhattan's SoHo neighborhood. The two lads from New Jersey grew up with a Francophile, food-loving father, a mother who cooked farm-to-table fare before the phrase was invented, and an obsession with Benihana. (“We had the uniforms and the knife holsters and we would try to flip the shrimp and do the whole thing,” says Bruce.) Both attended Le Cordon Bleu in Paris and honed their skills in various restaurants in France and New York, before joining considerable forces with their first restaurant.

From the beginning it was important to be able to serve a thoughtful meal late into the night. The concept was easily found in Paris and New Orleans, where Eric also attended school at Tulane, but was rare at the time in New York City. It also helped that they weren’t morning people. “We were both musicians and cooks, and our lives revolved around things that happened late at night,” said Bruce. “It made sense that we serve dinner and late night instead of lunch and dinner.” Twenty-five years later, the influential Blue Ribbon Brasserie is still going strong—the go-to for chefs and industry movers and shakers, as well as people just looking for matzoh ball soup and bone marrow at 4:00 a.m. 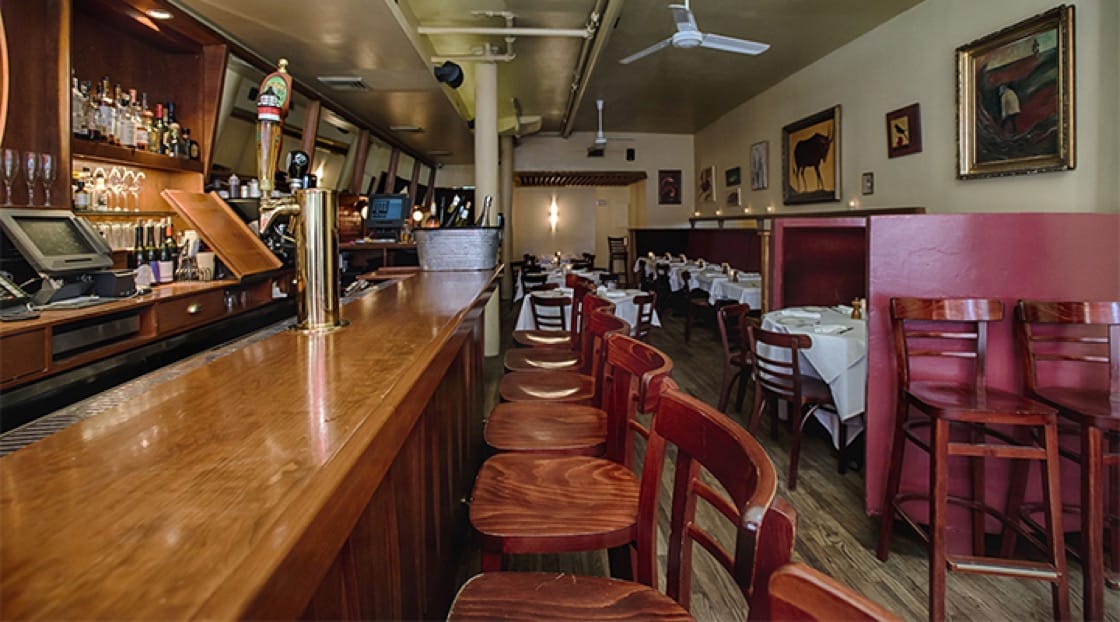 The interior of Blue Ribbon Brasserie on Sullivan Street.

As leaders of the after-hours genre, we asked the brothers where else they find themselves going for late-night dining in the city that never sleeps.

Bruce: For us to be able to go to a late-night place, it had to be open later than us; for that late-night craving, we would always go to Wo Hop. There’s a dish called Young Chow Wor Wonton that’s an everything soup: spare ribs, seafood, meat, fish, vegetables—you name it. That was a dish that we always, always loved—we actually have a dish on the menu at Blue Ribbon that’s been there for 25 years, called the Wor matzoh. It’s inspired by that soup, and we use matzoh balls instead of wontons, because we couldn’t really figure out how to make good wontons.

Eric: Wo Hop has been there for as long as I can remember. I don’t even know if they close! And it’s great to be able to get a nice bowl of Chinese soup for breakfast after we’re done at Blue Ribbon. We seat until 4:00 a.m., so we’re there until the last diners are done with their meal, which can be sometimes 5:30 or 6:00 in the morning. By the time we’re done working, the sun’s basically up. So you go to Chinatown, you hang out in a linoleum basement room with surly Chinese waiters, and you see incredible walks of life.

Bruce: We have a bit of a connection to Brooklyn Bowl, and we do like going. It’s always been great—they have late-night bands as well as bands showing up after hours or after they play other shows in the city. It’s got a great vibe.

Eric: Basically, it’s like hanging out in your own living room, but with a bowling alley and incredible music. There’s fried chicken for sure, but also French bread pizzas. There was a good year and a half when Bruce was probably 7 and I was 12, and Stouffer’s French Bread Pizza was like our gourmet meal. We’d get frozen French bread pizzas and we weren’t allowed to use the real oven, so we had to use the toaster oven. And we’d go through the garden and the refrigerator and put anything on top of the pizza to make it funky. And some of them just turned out so disgusting—but it was our huge culinary achievement. 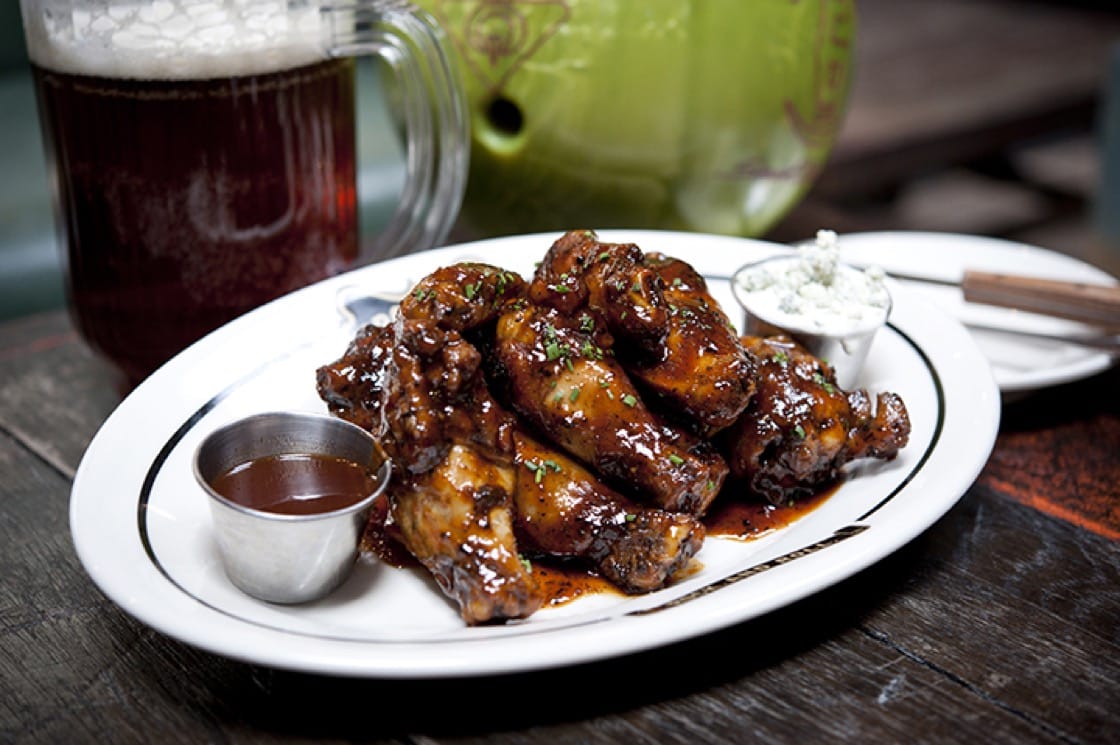 Eric: It’s the perfect diner food—it’s greasy, great for getting an omelette and bacon and sausage, and finishing up your night of drinking before bed. It fills you up and knocks you out. It’s a bright diner, it shocks you into awakeness. New Jersey diners are iconic; you go when it’s late, or it’s early, or it’s the middle of the day. Just whenever. So for me, being in a diner is a really satisfying thing. And when it comes down to it, our original concepts for Blue Ribbon, 25 years ago, was somewhere between a diner and a French Brasserie. We just did it pro-style. Diners have a warm spot in my heart, always.

Bruce: Bar Goto is super cool for drinks and has such an amazing atmosphere and attention to detail. It’s a place where you can unwind and that attention to detail makes you feel like you don’t have to worry about anything. I think that, ultimately, is what people look for in the late-night world. Some of us are coming from partying somewhere else, and a lot of us have worked all night. There’s something incredibly comforting about going to a place where there’s competent service, and they’re there for your best interests. The menu is super satisfying and creative and cool and you can kind of journey through it. The sakura martini is terrific.

Eric: Veselka is like eating at grandma’s house. When we were growing up we had a Polish maid—she basically raised our father—and she came to live with us when my grandparents passed away. She made all all these Polish things: pierogies, Kielbasa and matzoh ball soup. Veselka is Ukrainian, and it’s so comforting to eat there. It’s awesome to have that heavy, stick-to-your-ribs food any time of day.

Best Bars In Chicago According to Chicago Bartenders

In the Windy City? Head to these local favorites.

Bar Banter: What’s A Negroni and How Do I Make It?

This Negroni Week, find out what makes this simple cocktail so iconic.

Chinatown’s new basement bar, Peachy’s, takes us down a much cooler path toward neuro-enhancement.