The Peak of Hospitality: Michelin Star & Tablet Plus

In the hospitality world, there may be no greater accomplishment than a Tablet Plus hotel with a Michelin-starred restaurant.

When Michelin acquired Tablet in late 2018, we were confident in their capacity to curate exceptional hotels. Not just because we saw the high level of trust and loyalty of their customers but because Tablet shares the same dedication to integrity and unbiased approach to curation that we do. It’s a perfect union, and that’s without even mentioning that many Michelin-rated restaurants are housed in Tablet hotels.

All hotels selected by Tablet are amazing, but there is a particular category, the Tablet Plus, that takes pride in offering service that is one step higher. In basketball, a heat check is when a player takes an extra-difficult shot in order to show off how ‘on fire’ they are. The hospitality equivalent is when a restaurant is awarded a Michelin star and a hotel achieves Tablet Plus status. It’s the ultimate combination, and there are few greater accomplishments.

Here are nine hotels that breathe that rarified air. 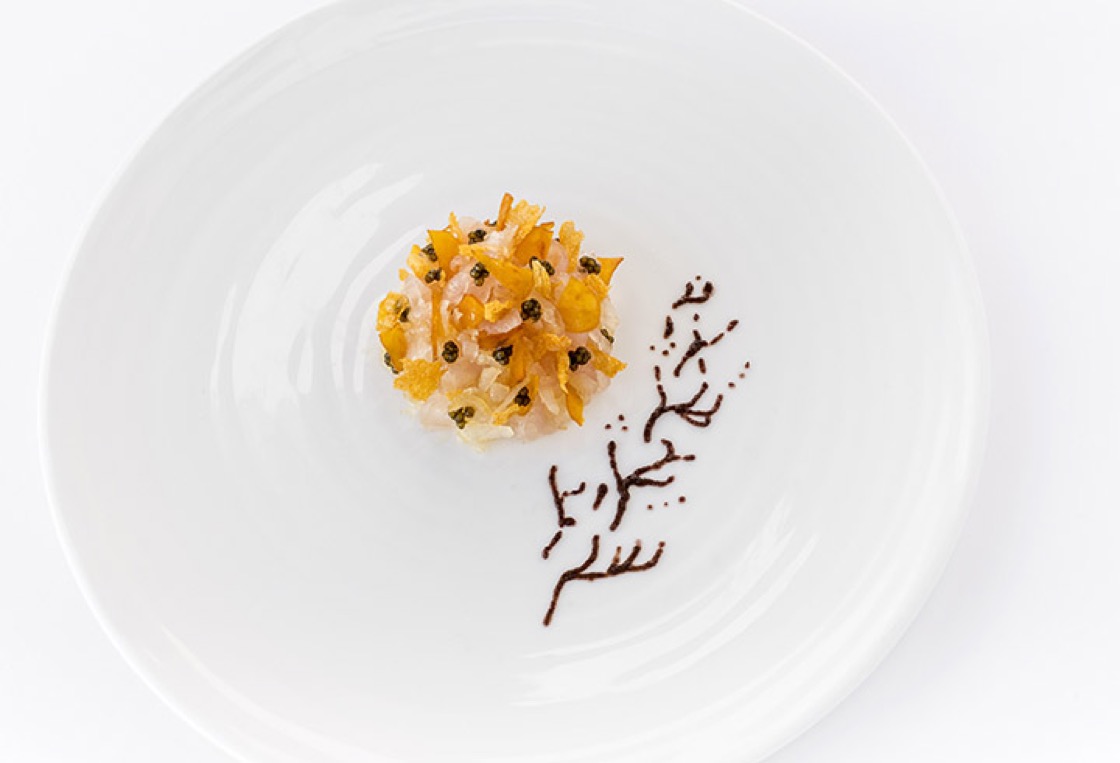 France’s second city rarely tops anyone’s list of travel destinations, perhaps unsurprising given the competition along the neighboring stretches of Mediterranean coast. There’s plenty worth seeing, though, including the exclusive Le Petit Nice Passédat, converted from two Greek-style villas in 1917 and managed by the Passédat family ever since.

Not just hoteliers, this family is something of a culinary dynasty as well. Gérald Passedat and his son preside over the kitchen at the hotel’s three-Michelin-starred restaurant, serving a cuisine that’s sensibly heavy on Mediterranean seafood, whether simple fresh fish or delicacies like sea anemone. Patrons dine in a glass-walled dining room or, in summer, outside in the garden, overlooking the rocky shoreline and the Mediterranean beyond. 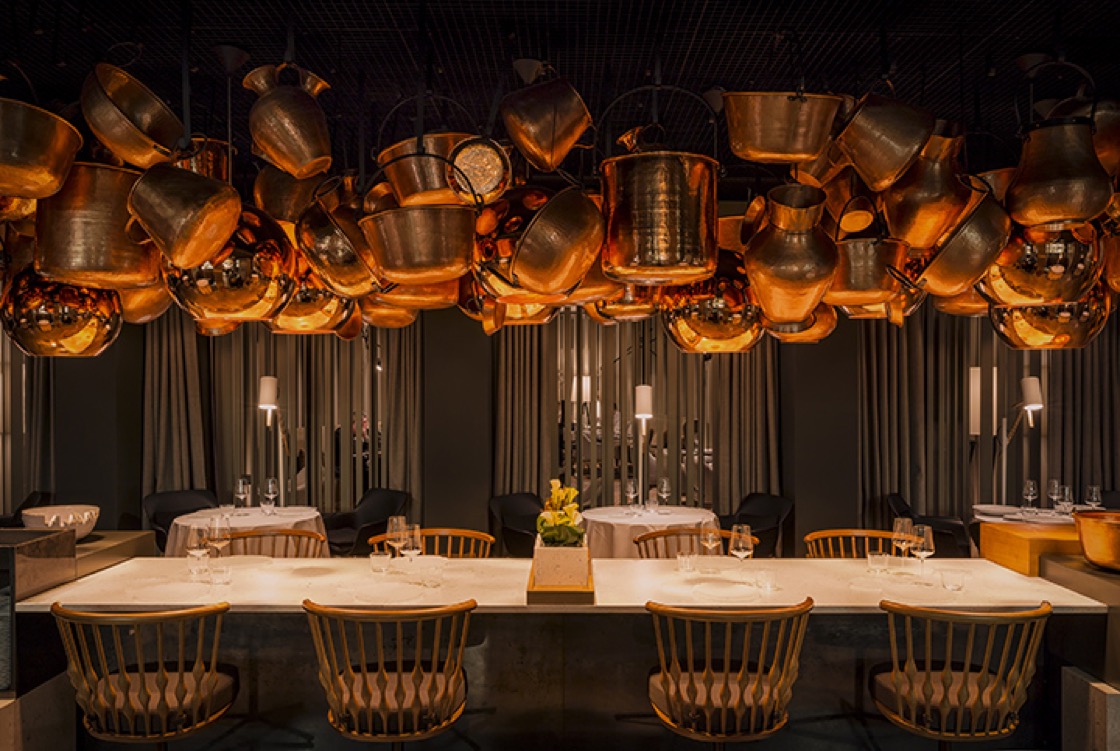 Das Stue in Berlin’s Tiergarten district does not lack grandeur. This 1930s embassy building was built, at least in part, to convey a grand impression—and its atmosphere, after a massive architectural overhaul by Annette Axthelm and an interior renovation by the renowned Spanish designer Patricia Urquiola, is about as far as you can get from a typical contemporary hotel.

Also Spanish (or Catalan, to be precise) is the chef, Paco Pérez—and it’s a measure of how far we’ve come that the nationality of a hotel’s chef is a topic of interest. In today’s boutique hotels, however, the chef might have nearly as much influence over the guest’s experience as the designer does, and here that influence is certainly a positive one. Pérez’s work at Cinco, the hotel’s fine-dining restaurant, has earned one Michelin star along with heaps of acclaim. 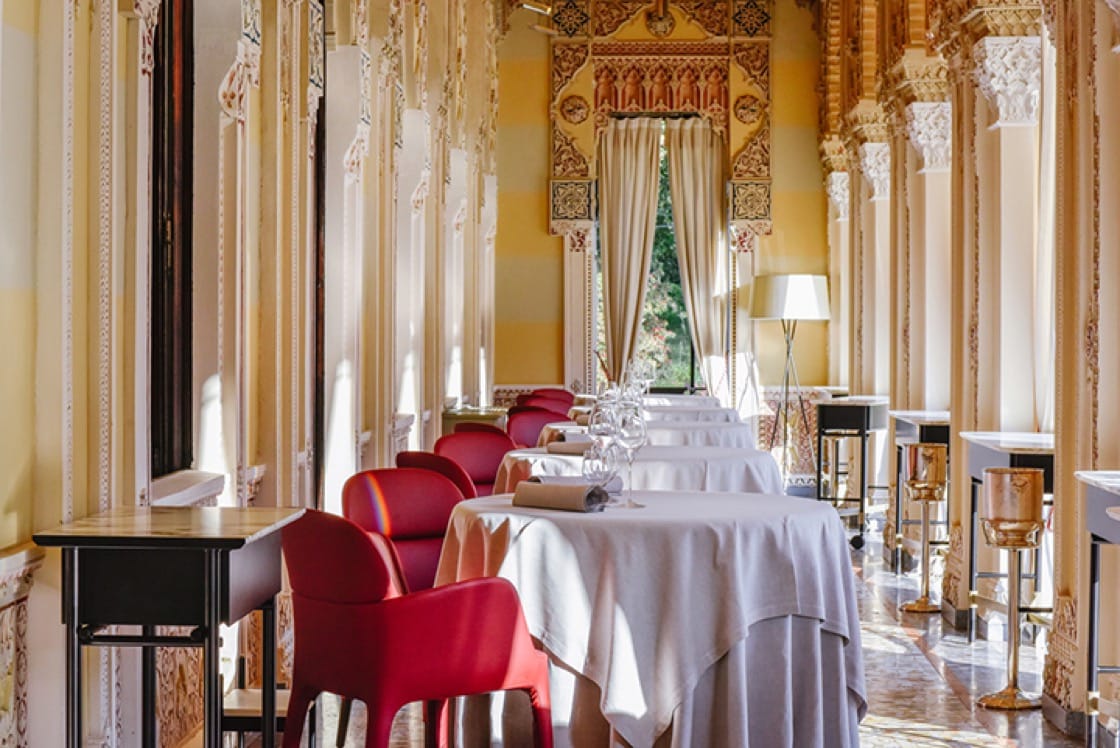 Villa Crespi is in the north of Italy, less than an hour from Milan, on the shores of Lake Orta—which makes this hyper-opulent Moorish-style palace (minaret and all) one of Italy’s most eccentric and extraordinary small hotels.

The property benefits immensely from a gorgeous natural setting and a suitably countrified slow pace of life, and the villa’s eight suites and six rooms are no less a feast for the eyes. They’re all individually decorated, though all in a similar period style, and aside from the modern necessities, they’re soaked in 19th-century atmosphere. Add a gourmet restaurant with a pair of Michelin stars and a wine list with 1,800 entries, as well as a relaxation area with a sauna, massages and a variety of spa treatments, and you’ll quickly see why Villa Crespi’s fans are so devoted. 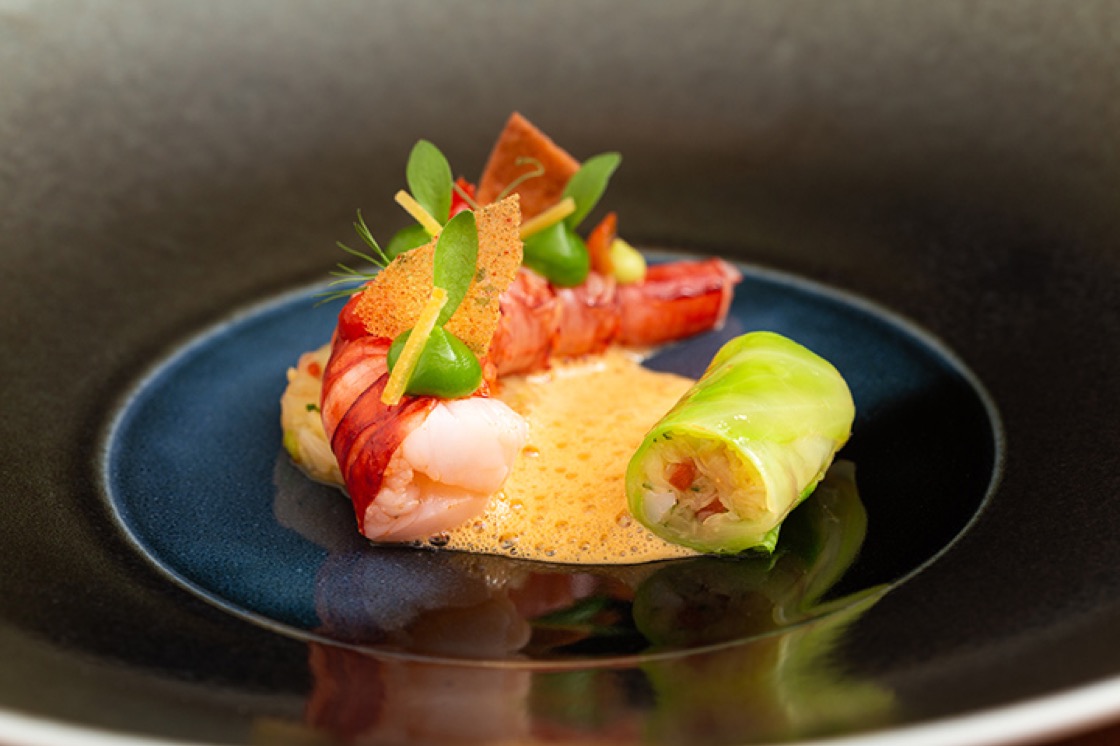 Come winter, Schloss Elmau finds itself immersed in a snowy wonderland—but from the name of the place you can tell it’s a slightly different sort of ski hotel—it’s not every alpine resort that can credibly claim to be a “cultural hideaway.”

And not every Alpine resort can claim a two-Michelin-starred restaurant like Luce d’Oro. Here, chef Christoph Rainer bases his culinary style on French cuisine, but uniquely mixes in Japanese traditions and techniques. And then there’s the culture part of the hotel’s name; guests can expect a gorgeous old ballroom, two libraries and a stunning modern concert hall. On any given day Schloss Elmau might host an author’s reading or a classical or jazz concert, which all are actively encouraged to attend. 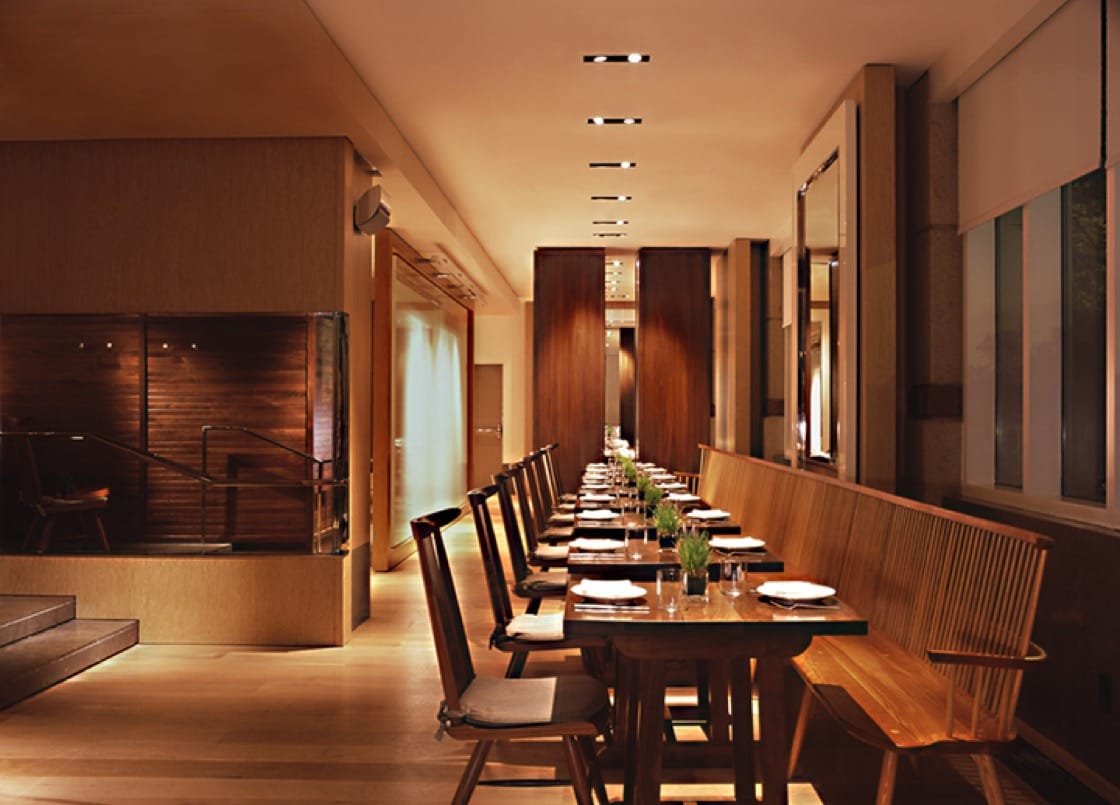 By now Park Hyatt’s modus operandi should be familiar: traditional hospitality and modern amenities, served under a veneer of chic yet subdued contemporary design. It’s pitched perfectly for Washington’s more style-conscious guests, its interiors soothingly, stylishly Zen, and its service very much up to a diplomat’s standard.

The Michelin-starred Blue Duck Tavern is among the city’s top restaurants, and weather permitting, you’ll dine al fresco on the terrace. The Park Hyatt’s West End location makes it convenient for both leisure and business. In short, it’s a high-end luxury hotel without a hint of stuffiness, which, in this town, is something that can’t be taken for granted. 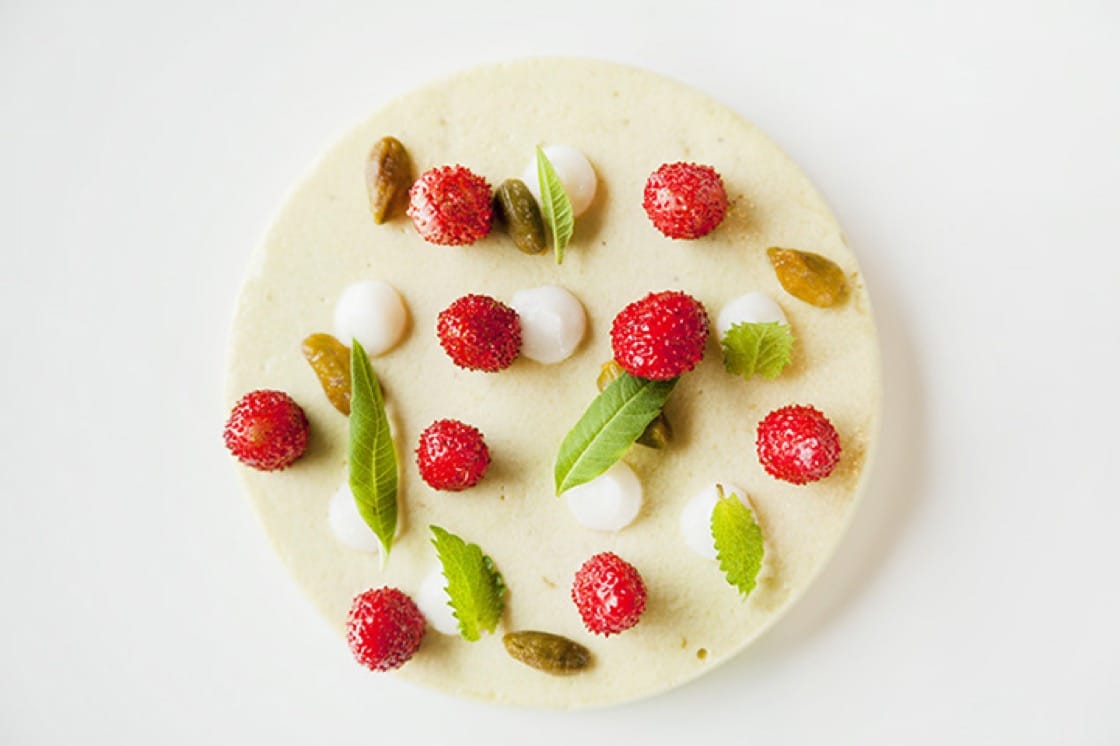 There’s plenty of neoclassical bling on the shores of Lake Como, and historic villas, too. Though these days, the centuries-old architecture is outnumbered by extravagant imitations. Thankfully the team behind the brand new Il Sereno, located just outside the village of Torno on the lake’s eastern shore, is taking things in a bold new direction: it is a modernist marvel both inside and out.

The communities around Lake Como and along the road to Milan are the longtime headquarters of several artisan traditions, including silk and woodworking. Il Sereno has wisely taken advantage of this fact: with only a few exceptions, its interiors are full of art and design crafted in this region of Italy. Take the floating staircase in the lobby, for instance, that leads down to the restaurant, Berton al Lago—a Michelin-starred tour-de-force of regional Italian produce through a contemporary lens—and wine cellar. Intricate and ethereal, it’s something of an architectural feat, made with walnut wood and copper pipes. 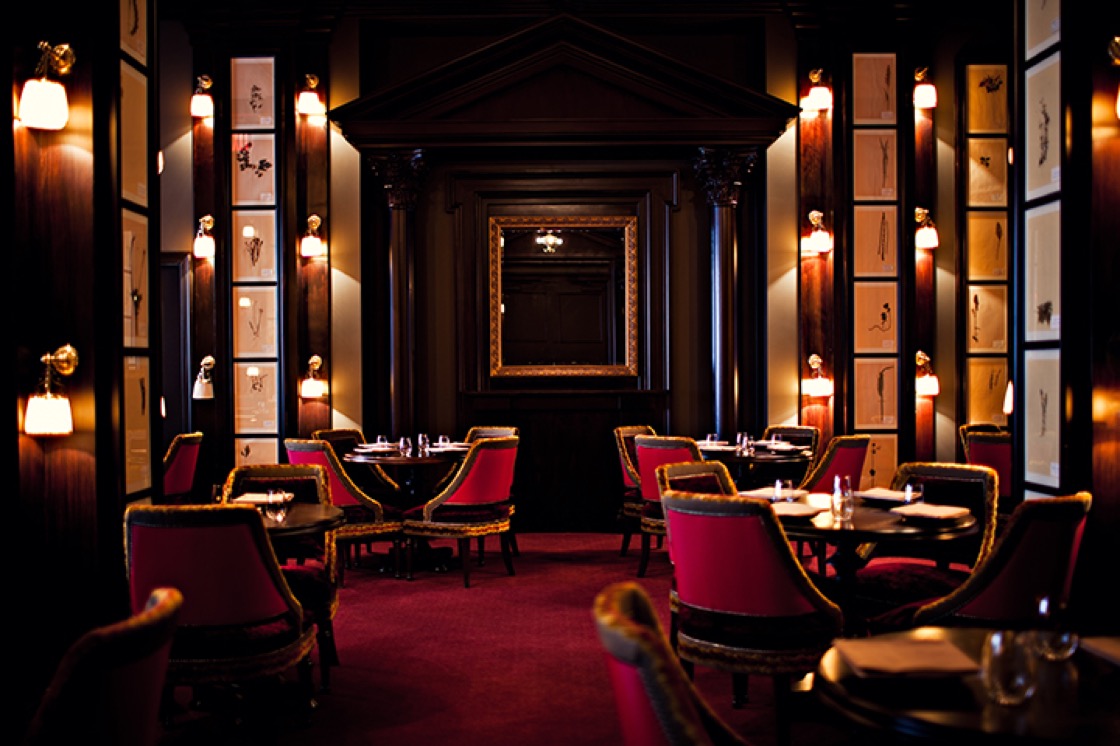 That stray capital M is a nod to the neighborhood; the district North of Madison Park, which experienced a real estate renewal at least partly aided by the arrival of the NoMad Hotel. There’s a pronounced European accent to what’s got to be the most Haussmannian building on Broadway—and of course the architectural ministrations of the Parisian designer Jacques Garcia only intensify the effect.

What pushes the NoMad from stylish pied-à-terre to grand-boutique status, however, is the restaurant—not a single space, but a single menu spanning a variety of rooms, including a cavernous atrium, a private fireplace alcove and even a handsome two-story library—a little heaven on earth for the epicurean bibliophile. Just don’t expect to have the place all to yourself: your hosts for the evening are Daniel Humm and Will Guidara, famous for the nearby Eleven Madison Park. They’ve got a cult following and a reputation to maintain, so you might as well pull up a chair and experience the hype for yourself. 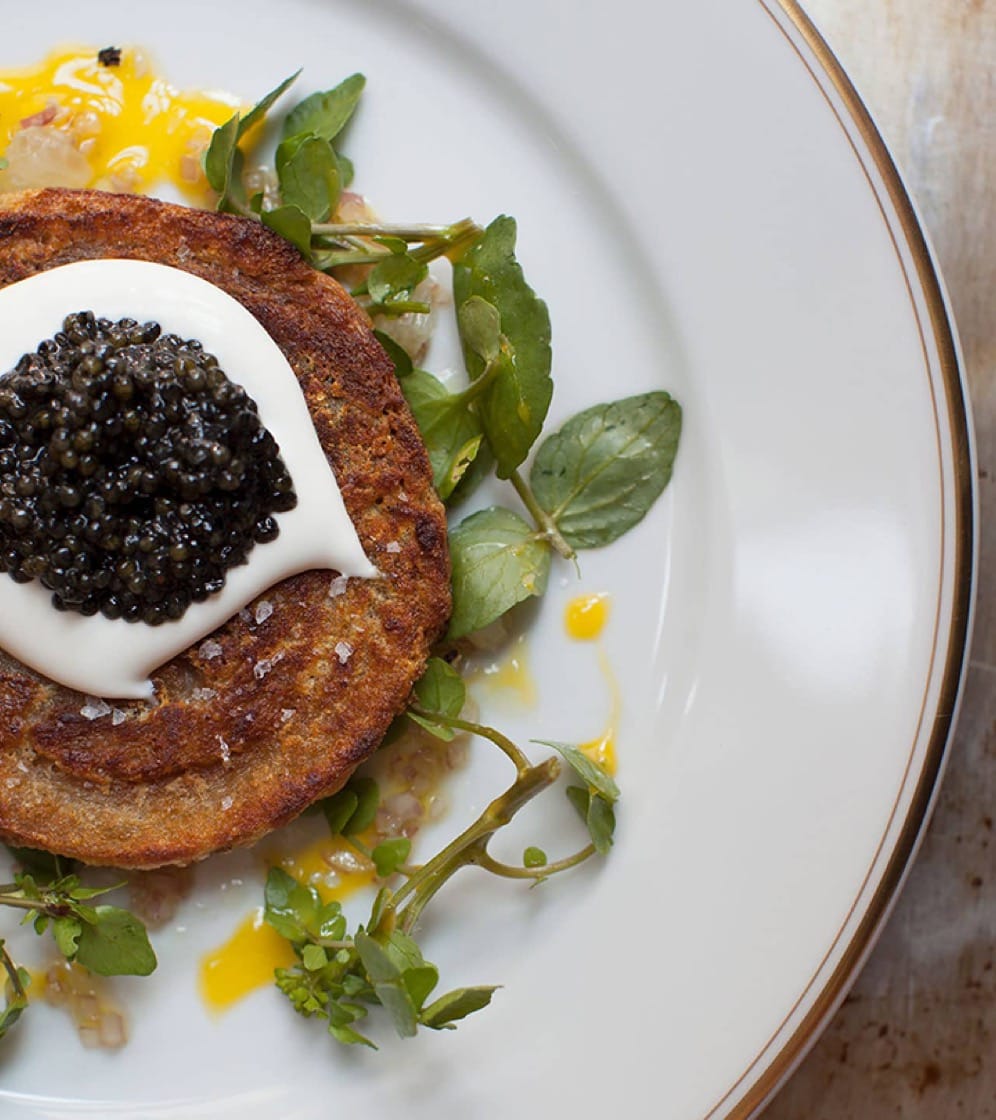 SoHo, formerly home to the artists’ lofts that were New York’s 20th-century Downtown signature, has, since around the turn of the millennium, gone steadily upscale—and steadily more international. Both trends find expression in 11 Howard, where contemporary Scandinavian design meets a more inclusive, less ostentatious version of luxury hospitality. It’s the first independent hotel project for architect Anda Andrei after decades as the designer behind Ian Schrager’s path-breaking boutique-hotel projects.

Meanwhile, the location at Howard and Lafayette is perfectly placed for shopping, and most of the downtown nightlife haunts are easily enough accessible. The Blond, the cocktail lounge, goes out of its way to prove that you can be glamorous without being militantly elitist, and Le Coucou, the hotel’s French restaurant, was recently awarded its first Michelin star. 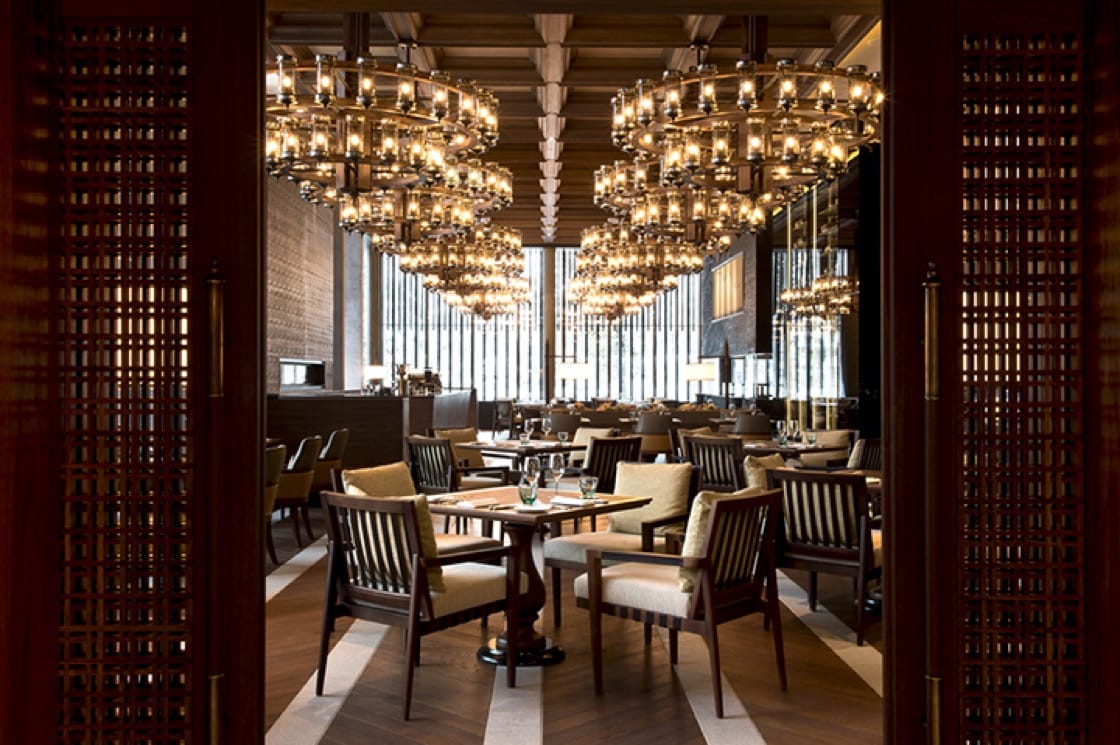 The development of The Chedi essentially doubled the size of the alpine village of Andermatt, with the soaring buildings dwarfing the traditional chalets scattered around them. With that said, this is a resort that’s been carefully planned, employing a local staff, built using sustainable materials. Twin fireplaces lend the grand lobby a cozy atmosphere, despite the dimensions and the sleek Asian-inspired decor.

Elsewhere within the resort, The Restaurant features a towering cheese cellar and a menu of Swiss and international cuisine, while the sultrier nighttime venue The Japanese Restaurant specializes in sushi and sashimi and was rewarded in those efforts with a Michelin star. The low-lit Wine and Cigar Library has a walk-in humidor and channels the old-world charm of Andermatt. To truly appreciate that charm, though, you’ll have to hit the slopes and take in views of the village from the summit—this is some of the most exciting skiing around.