What Exactly Is Horchata?

It's creamy, nutty, vegan and delicious—but what is it?

We've been seeing this pop up on our menus of late—Starbucks launched a Horchata Frappuccino and there’s an entire menu dedicated to the drink at Horchata restaurant in New York City. It’s been lauded as the new superfood we must introduce to our diets; popular versions of the drink is made with chufas (aka, tiger nuts), which are tubers of a plant called yellow nutsedge that's high in iron, potassium, magnesium and Vitamins C and E.

That’s all well and good, but we just have one question: what exactly is horchata? 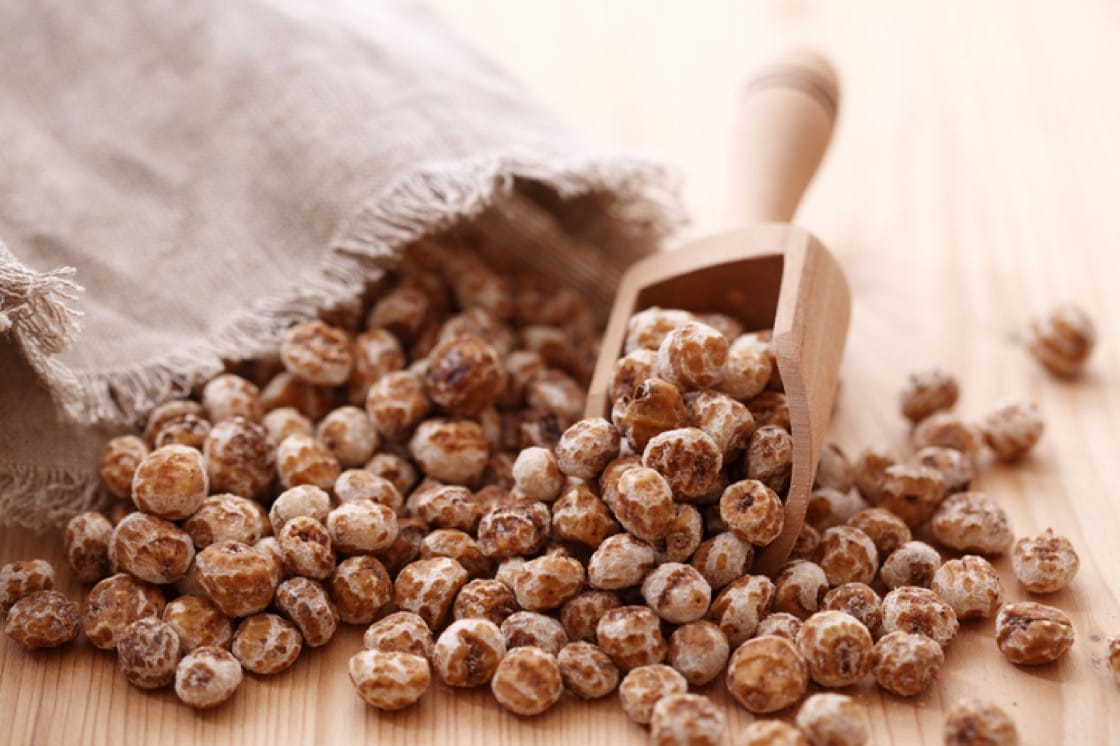 Meet the tiger nut, tubers of a plant called the yellow nutsedge, a common ingredient found in horchata.

The Lowdown
It may be new to some of us, but horchata is wildly popular throughout Puerto Rico, Central America and Mexico. Essentially, horchata is a drink made with several ground ingredients—almonds, sesame seeds, rice, barley, tiger nuts or melon seeds; every household, restaurant or taqueria worth its salt will have their own variation. (Ergo, no two horchatas are the same.)

Today, the beverage can be purchased in sachets or in bottled syrup form from local supermarkets, and one can easily replicate the drink at home without the hassle of grinding up various nuts and spices with a mortar and pestle. The drink is deliciously refreshing when served over ice, making it the perfect beverage for warm weather.

The Rise in Popularity
Popularity soared when food establishments started looking for sustainable alternatives to conventional dairy. For many, horchata is the answer. It's versatile, inexpensive and unexpectedly nutritious. You can sweeten it with condensed milk for a deliciously creamy fix or molasses to keep it light and vegan. And its powdered form means that it can be incorporated into dishes in different ways. The sky's the limit—horchata doughnuts or cake anyone?

This dish is a signature at Sans, a new vegan restaurant in Brooklyn.