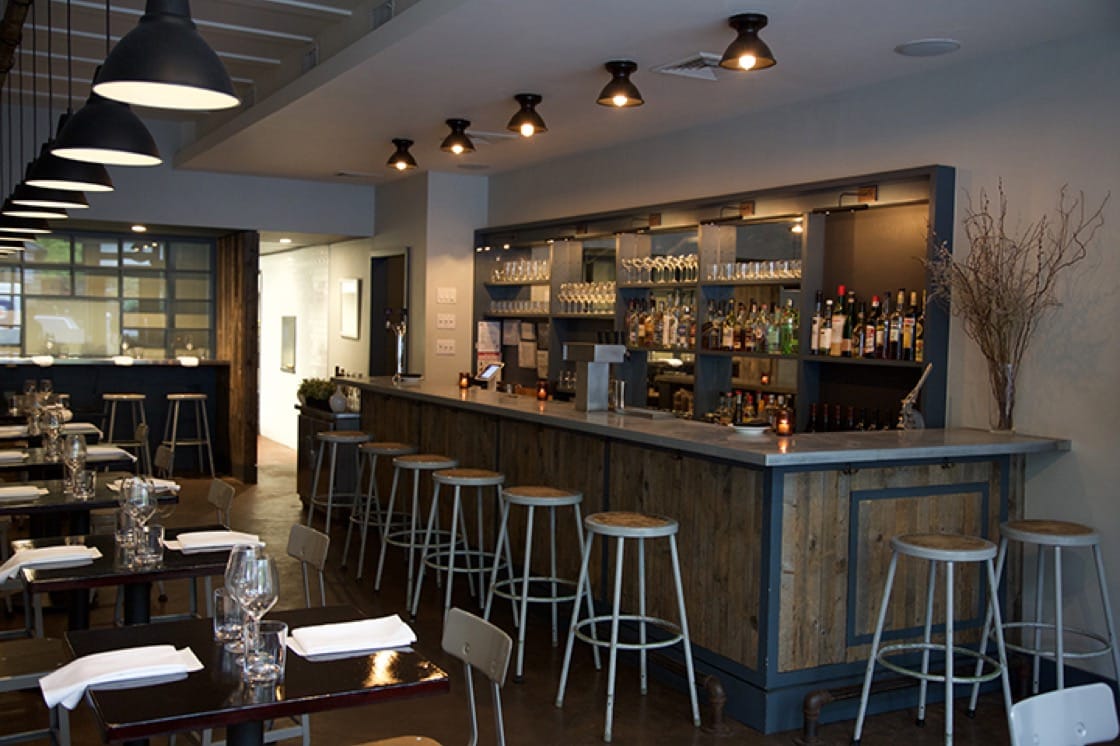 The generous intention behind Sans (cleverly named after the French loanword for “without”) is “plant-based indulgence,” an aim that seems to sweep dining culture with greater import each month. Sans joins a heaping handful of restaurants—notably Michelin-recognized Dirt Candy, Nix and abcV in New York, Ground Control and Mana Food Bar in Chicago, Kōbō near Washington, D.C., Greens in San Francisco and Little Pine in Los Angeles—choosing to omit or reduce animal-based products in favor of environmental and health benefits, futuristic thinking and lowered kitchen costs.

RELATED RECIPE: Pastrami Beet Toast
According to statistics, Jones and Beedle should feel right at home in Brooklyn—recent studies from both WalletHub and PETA have New York City in the top ranks of friendliest vegan and vegetarian cities nationwide. 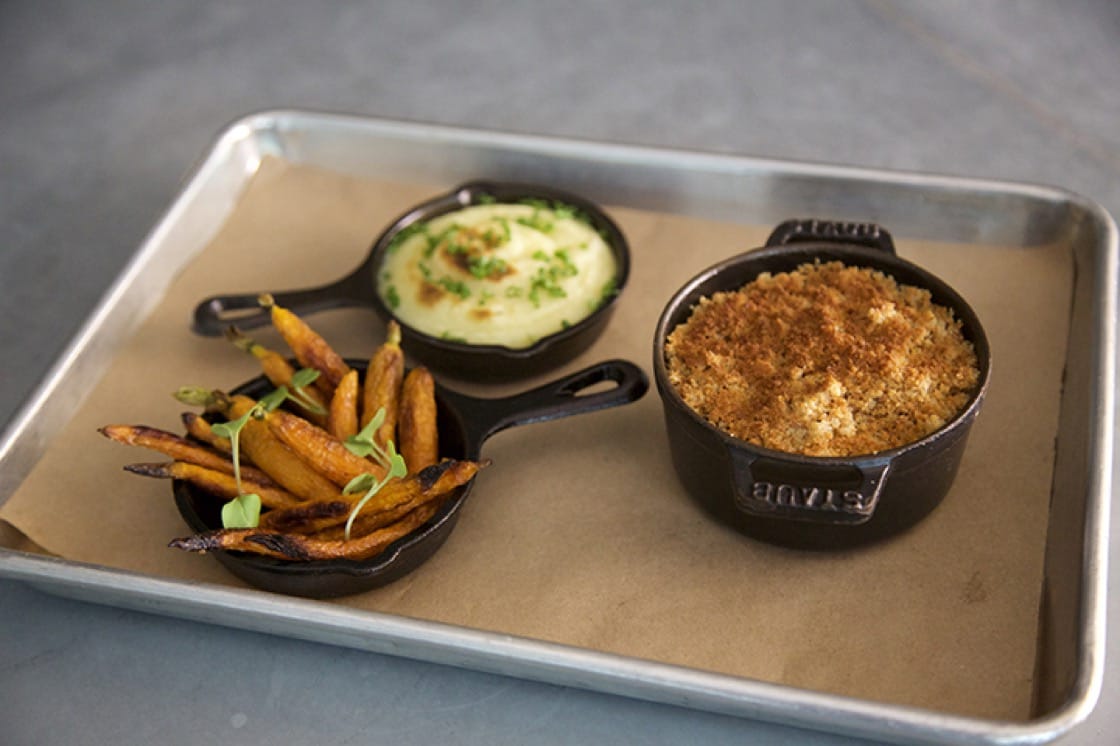 Sans offers a five-course tasting menu ($65) with intriguing features like “olive caviar,” as well as á la carte dishes like black plum terrine ($14) and porcini risotto ($19). One clever dish, called the “TV Dinner,” offers guests a throwback to a time more typically associated with steak and potatoes. At Sans, the TV dinner is mushroom farce (French for stuffing and a favorite of Julia Child), peas, carrots and pommes purée. Beedle’s wine and cocktail list focuses on repurposing ingredients from food prep, with drinks like “One More” featuring pineapple skin rum, peach and mint from Jones’s scrap board. 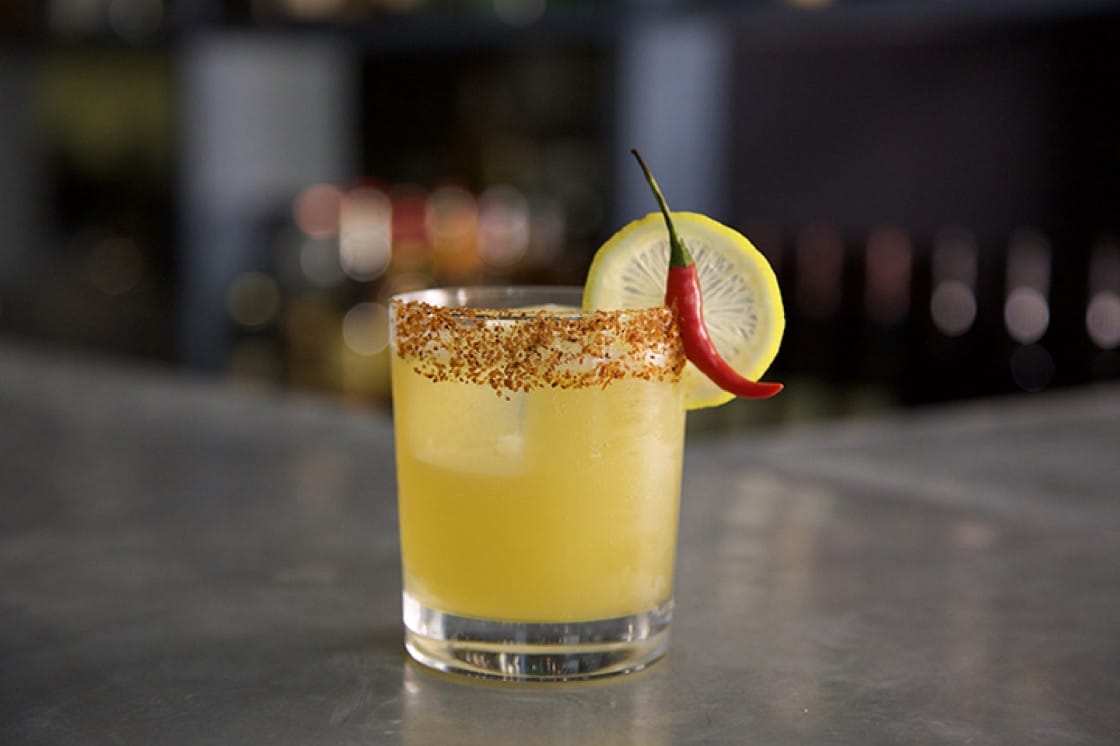 The "What They're Having" cocktail is a spicy riff on a Manhattan featuring overproof rye, Barolo Chinato, Strega liqueur and bird's eye chile.

The restaurant seats 30 diners and is open for dinner Wednesday through Sunday from 5:30 p.m. to 10:00 p.m.. It’s Jones’s first solo venture after honing his craft for four years at Daniel Humm and Will Guidara’s New York-based restaurant group, Make It Nice.

While Sans’s concept is, for now, a one year experiment, if the forecast proves correct, it may become a beloved neighborhood mainstay to inspire the vegan in all of us.

READ ON: A Guide to the Vegetarian Spectrum
Photos by Erika Kramer.