The Dirt Candy chef pays an homage to the neighborhood of Chinatown with her vegetarian dish.

Vegetables are the name of the game at Dirt Candy, which is now celebrating its 10th year of operation. An accomplished chef, Cohen worked on the line as a vegetarian cook for a number of years all over the city. When the time came to open her own restaurant, she had a realization that would change not only her life, but diners’ perceptions of vegetarian and vegan cuisine for years to come. 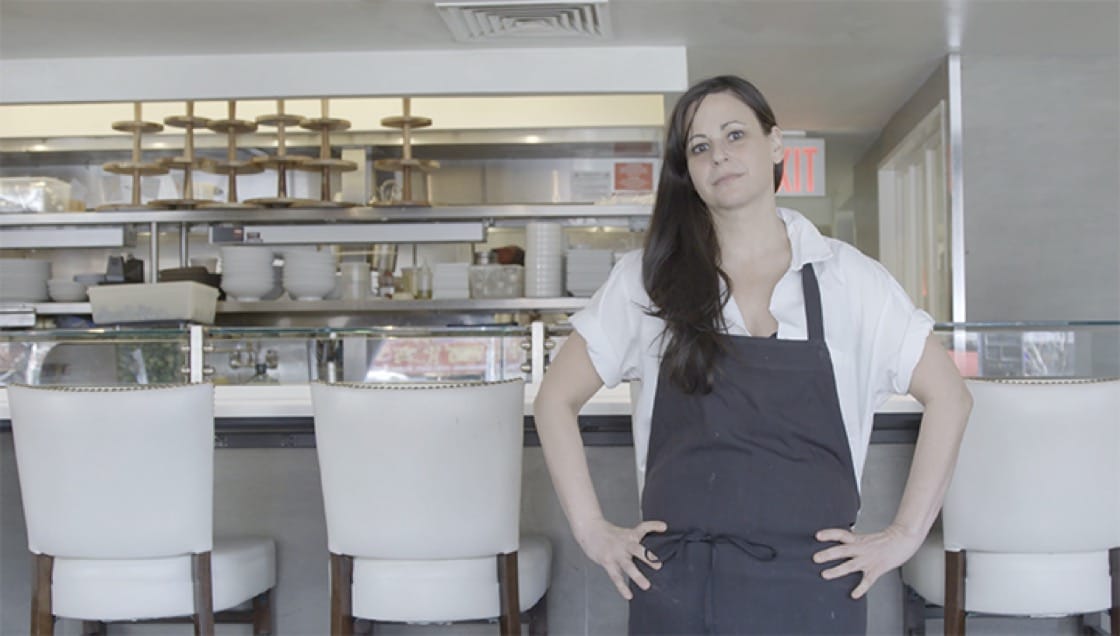 Amanda Cohen serves up a vegetable tasting menu at Dirt Candy in NYC.

Dirt Candy was the first of it’s kind in the five boroughs celebrating vegetables and only vegetables. Cohen doesn’t find the work challenging—in fact, she finds it the opposite. “To me, they are inherently fun, they’re so colorful,” she states proudly. “They have so many different flavors and textures. We get to be really creative. The world is wide open to us and we can do whatever we want.” 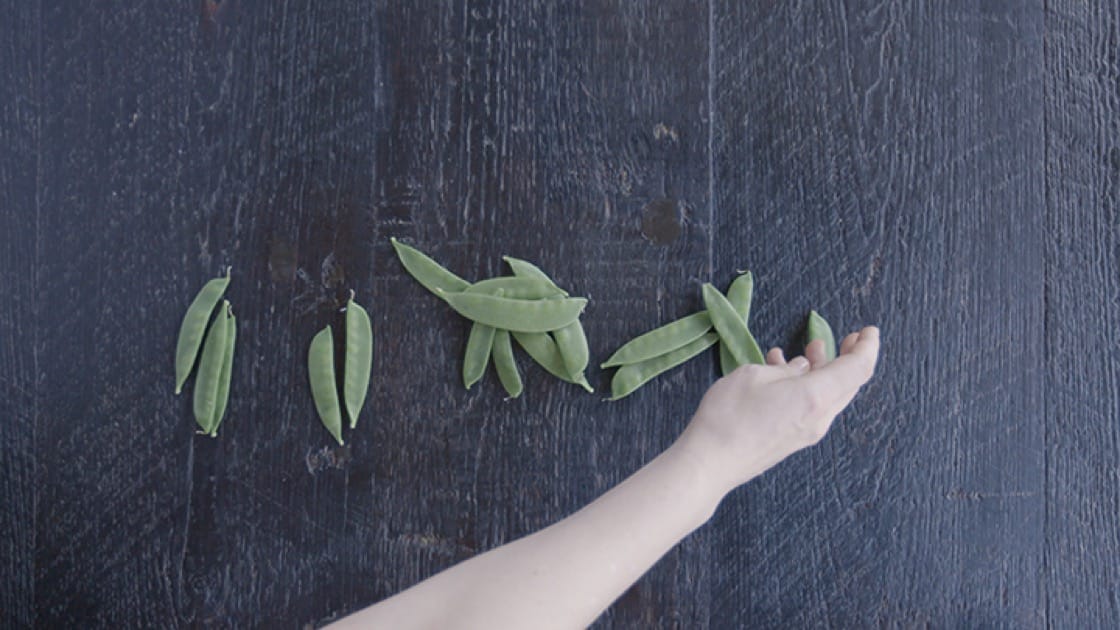 Of The Peking Peas dish, Cohen says it’s the anchor of the menu.

“It’s our homage to Chinatown,” she says. “One of the more iconic dishes in this Chinatown is Peking Duck. We had to figure out a way to take all those flavors and textures and bring them into the restaurant without the duck. So we decided to play with it and see what we can do.” 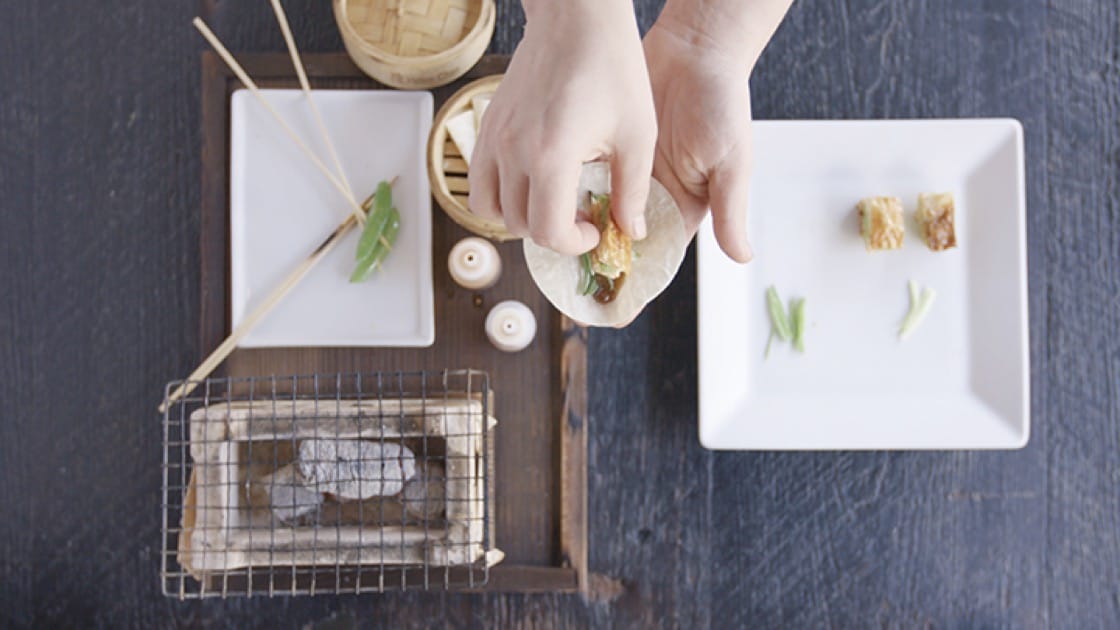 Diners play with their food at Dirt Candy and grill their own peas.

Though it looks technically savvy, the dish is simple: sugar snap peas are de-threaded and put on a stick and presented with house-made hoisin sauce, plum sauce and julienned cucumbers, scallions and snow peas. The crunchiness and umami flavor comes from a cake made of pea purée that’s been made into a tofu and lacquered soy skin (a.k.a. yuba).