Guests looking to break bread figuratively and literally now have the option to do both at the same time with the opening of Lamalo, a 70-seat restaurant focused on modern Middle Eastern cuisine. Located in the Arlo Nomad Hotel, the ground floor dining room, which guests discover by walking through the lobby and past a chef’s counter, is highlighted by freshly baked laffa bread served with an assortment of mezze. The flatbread is baked in an oven filled with lava stones and gets topped with za’atar, the result of which is a warm, fragrant and chewy vessel of dough designed to absorb a spread of your choosing. Perhaps more importantly, it’s the only starter on the menu. Lamalo is owned by Gadi Peleg, who has made a business out of making bread the star attraction at his establishments, including the Jerusalem bagel at Nur and the entire menu, but most certainly the chocolate babka, at Breads Bakery. 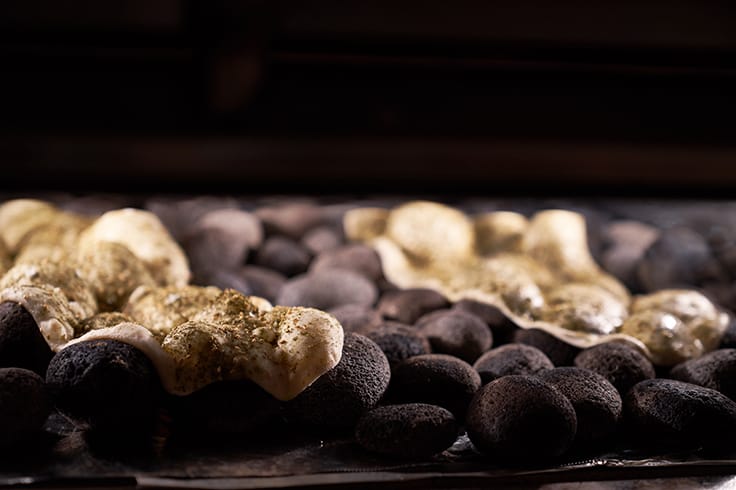 The flatbread is baked in an oven filled with lava stones.

Under the guidance of culinary director Ofir Horesh, previously of Nur, the dining room centers around ripping and dipping laffa by hand into tiny ceramic dishes filled with spicy schug, creamy labneh, crunchy muhammara and Bulgarian feta among other Middle Eastern specialties. The assortment within The Daily Spread—the $25 starter you’ll likely begin your meal with—will change depending on seasonality. For entrees, guests have a choice of six options including a braised cabbage shank in a date glaze, slow roasted short rib on the bone and grilled octopus with preserved lemon butter. There’s also Shabtai-style fried fish coated in chickpea flour, a dish named after a popular chef and restaurant owner from Jaffa, Israel. Side dishes include freekeh and Israeli couscous. 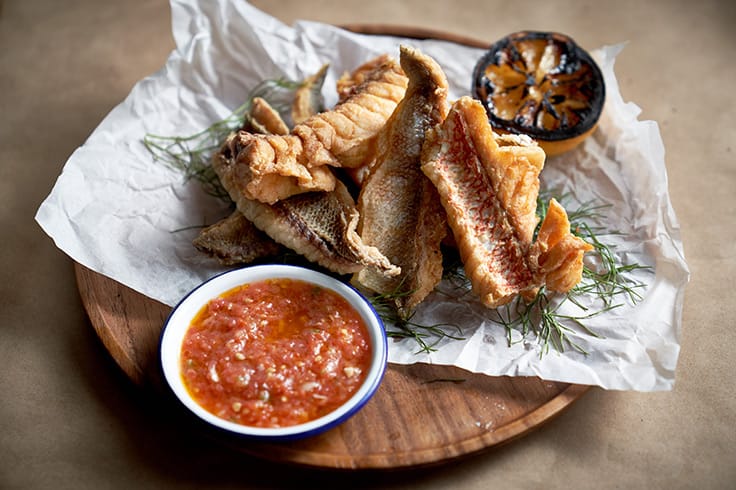 Shabtai-style fried fish coated in chickpea flour, a dish named after a popular chef and restaurant owner from Jaffa, Israel.

“The Lamalo experience is an unapologetic group dining experience. Guests share in a generous spread of mezzes and then decide together on a hot dish, also meant for sharing. Even the drinks are served in a . . . bakbook, the Hebrew word for bottle, and designed to be shared by the whole table,” explains Peleg. For lunch, guests select a skewer and side dish to eat with laffa and spreads. Lamb kofta, mushroom and octopus are a few of the current options on the inaugural menu, though Lamalo plans to offer different meat, fish and vegetable skewers as part of its daily lunch service. Breakfast, served on a market table, includes a selection of fresh pastries, vegetables and traditional Israeli-style morning staples. 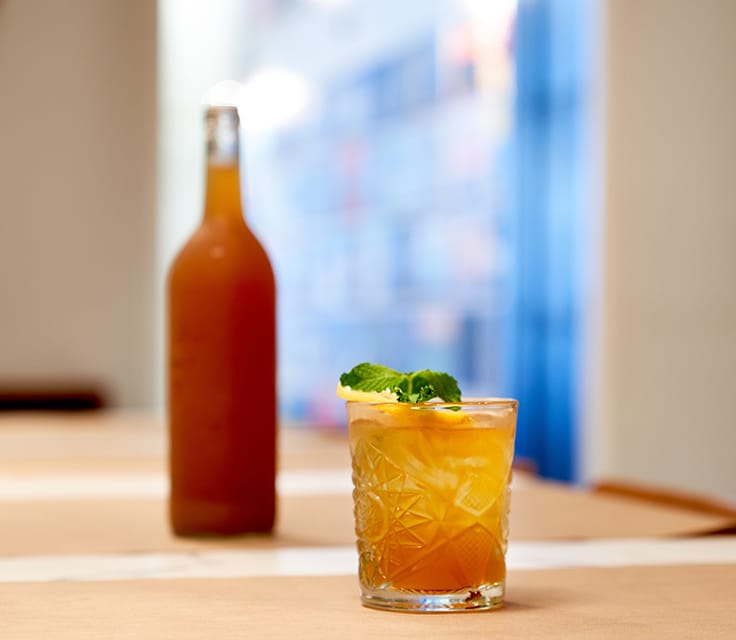 The drinks are served in a 'bakbook,' the Hebrew word for bottle.

Drinks incorporate a taste of Middle Eastern flavor, as the anise spirit arak is prominent in the Good Vibration cocktail. Additional cocktails include the Ring of Fire made of tequila, lime and an aleppo chipotle cordial, as well as an Aperol, rose and orange blossom drink called the Twist and Shout. Guests who choose a bakbook for the table can receive any cocktail on the menu to be served from the bottle, which holds five drinks. There’s also a selection of beer and wine, including both red and white wines from both Lebanon and Israel. 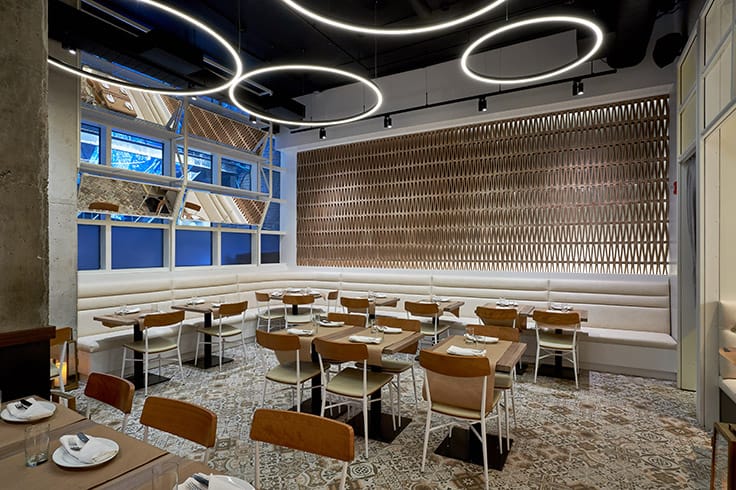 In addition to Lamalo, which translates to “why not” in Hebrew, Peleg revamped the hotel’s additional food and beverage menus including the second floor Bedouin tent-themed lounge, Barlo, as well as the rooftop bar, A.R.T. Nomad. Both bars will feature their own unique cocktail menus. A coffee bar with a full lineup of Italian coffees along with freshly baked pastries, sandwiches and salads are available for take away.

Lamalo opened on June 8th and is located at 11 East 31 Street.